Plan A:    We depart Bologna on Friday, catch 3 different trains and arrive in Monterosso in the Cinque Terre.    RJ and I have been looking forward to this since we first read about the area.

Plan B:    We find out there is a train strike scheduled for Friday.    None of the local trains will be running.     It appears our train from Pisa to Monterosso will probably run, although there is bound to be delays.      We decide to leave Bologna a day early and spend the night in Pisa.    Not a bad idea and we are able to get a room.

Plan C:    After we arrive in Pisa we find out that heavy rains are predicted again for Monterosso and there is a flooding alert.     This is not good.     They have had really bad floods the last few years with lives lost.   Our apartment rental is in the low area of town.    The Mayor has again asked tourists to stay away.    That makes it a "no brainer".    We will not be visiting the Cinque Terre this trip.   We decide to head over to Florence.      Wait, the trains aren't running!

Now, on to the pictures of Pisa. 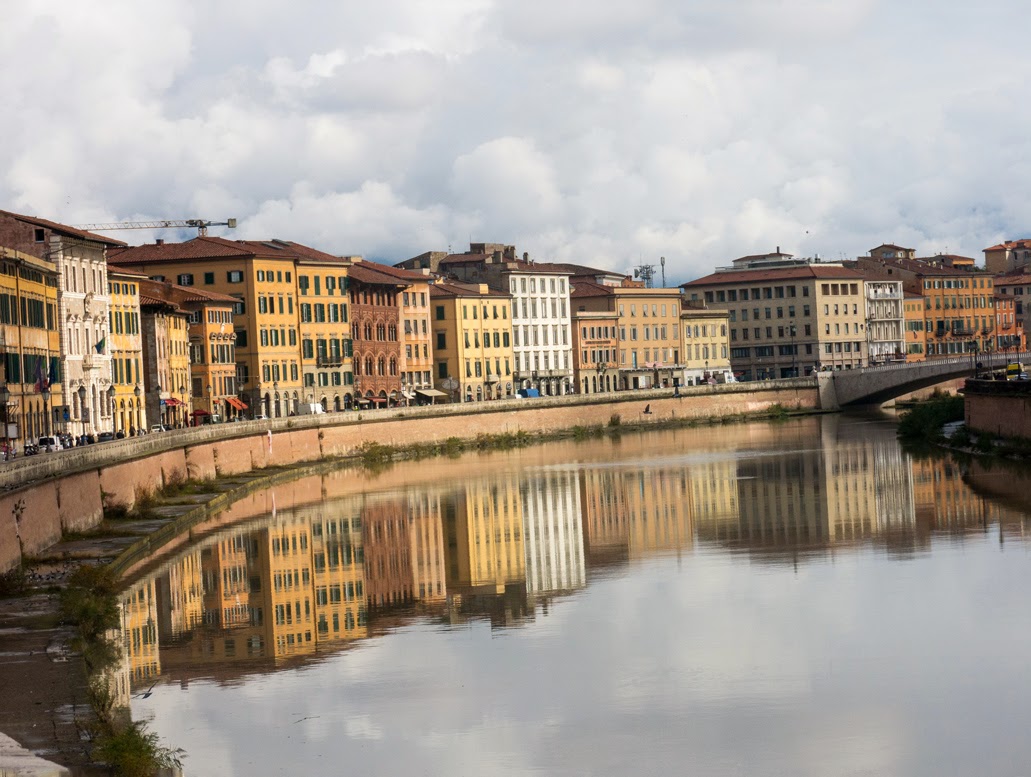 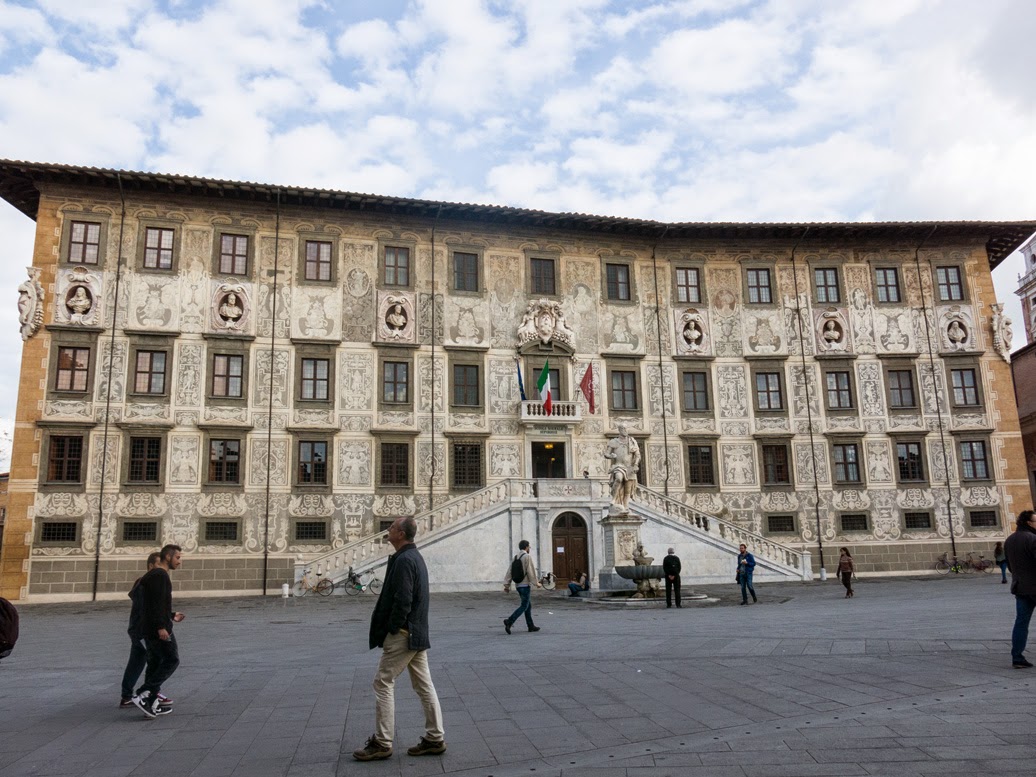 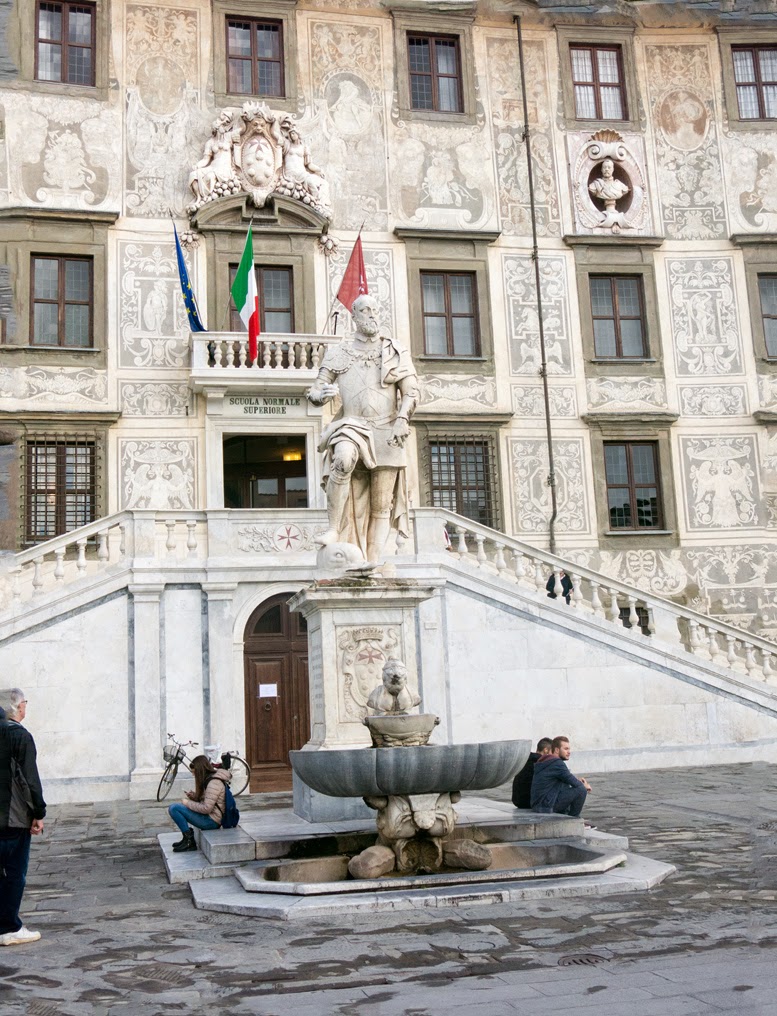 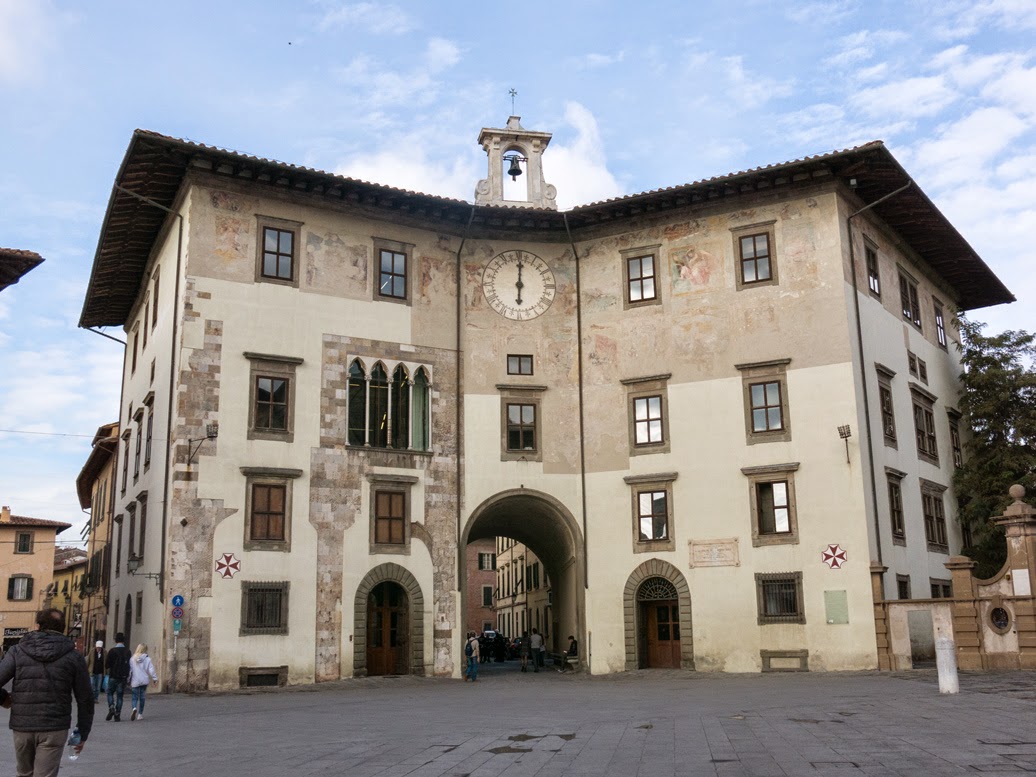 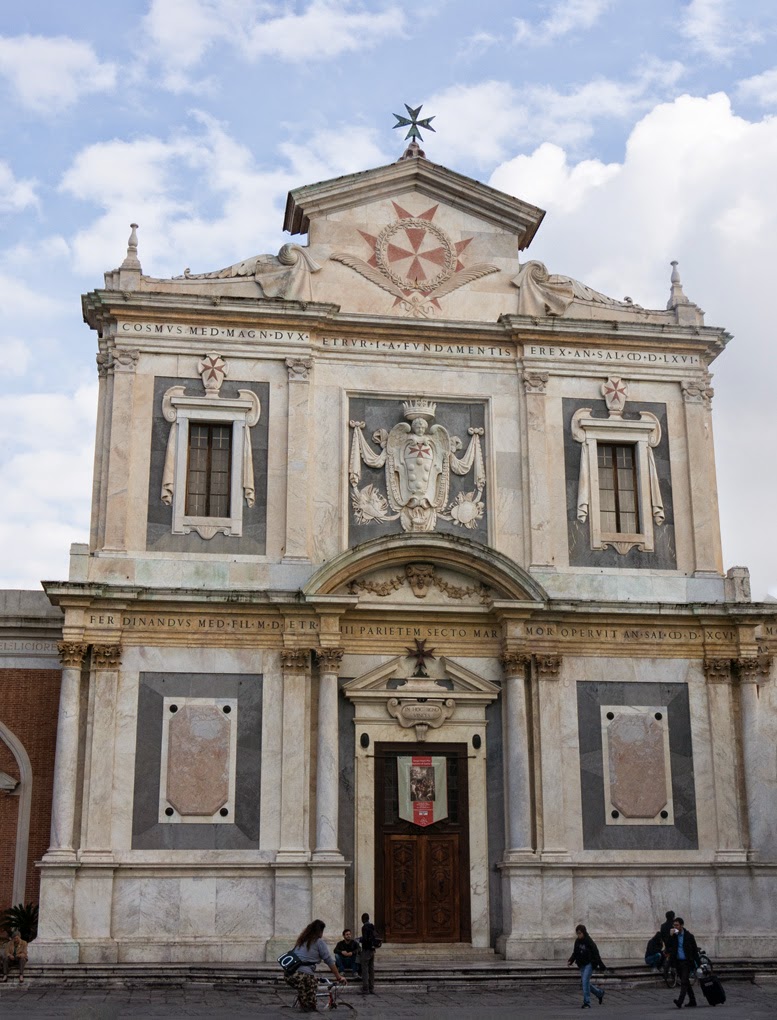 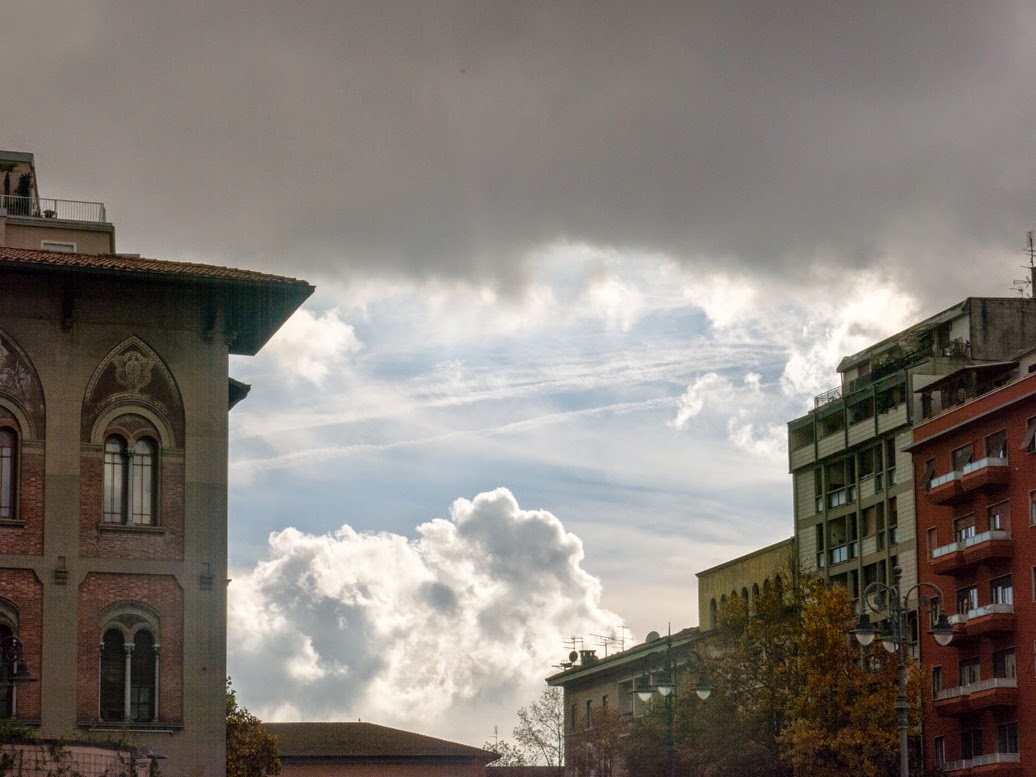 I don't know anything about this mural other than it is a popular tourist stop.    There's a lot to see in it if you give it a good look. 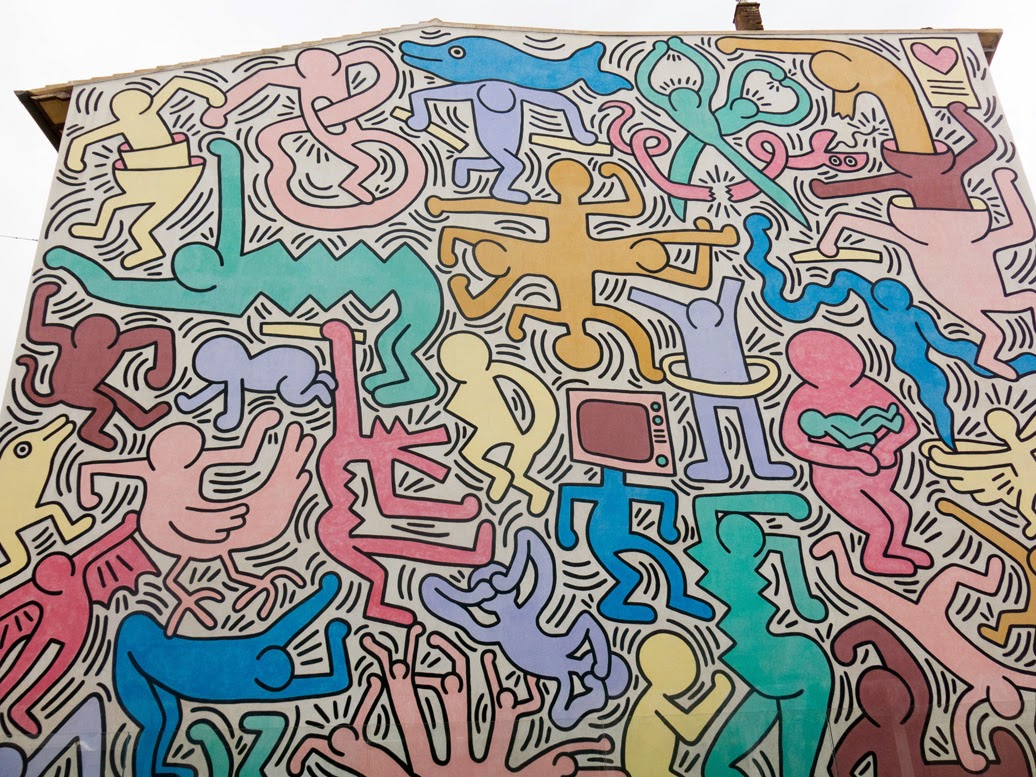 I had RJ stand next to the building wall to give you an idea of the size of this piece of art. 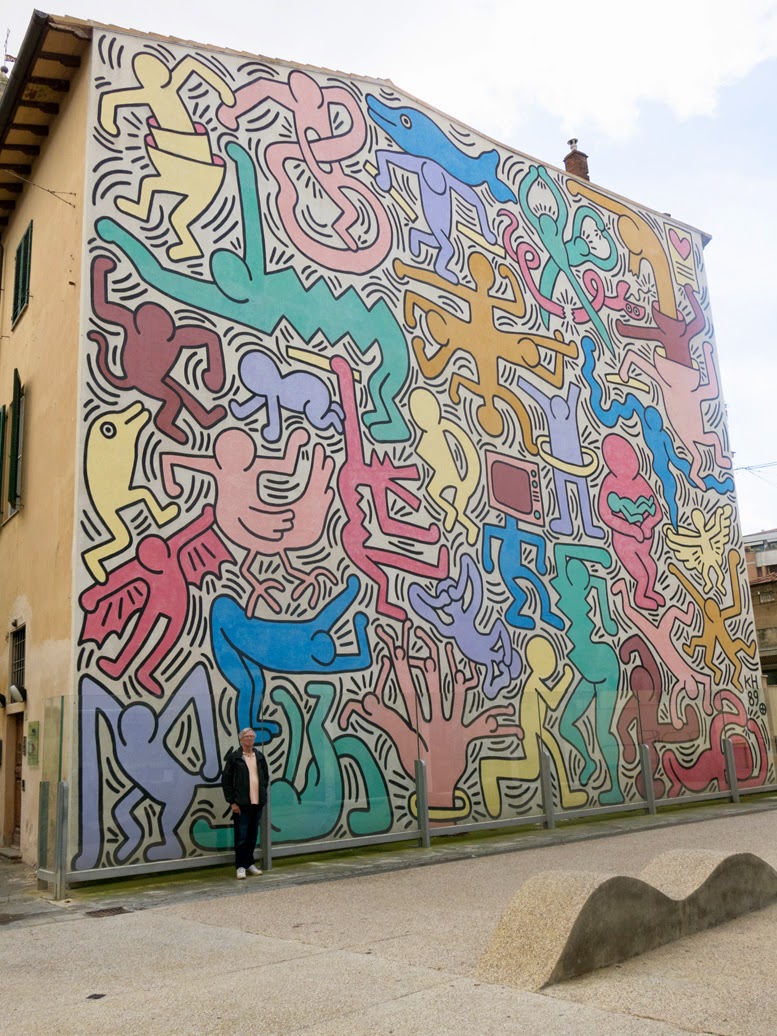 Every time we came to one of the bridges there were beautiful reflections - it was so nice having the sun out and blue skies! 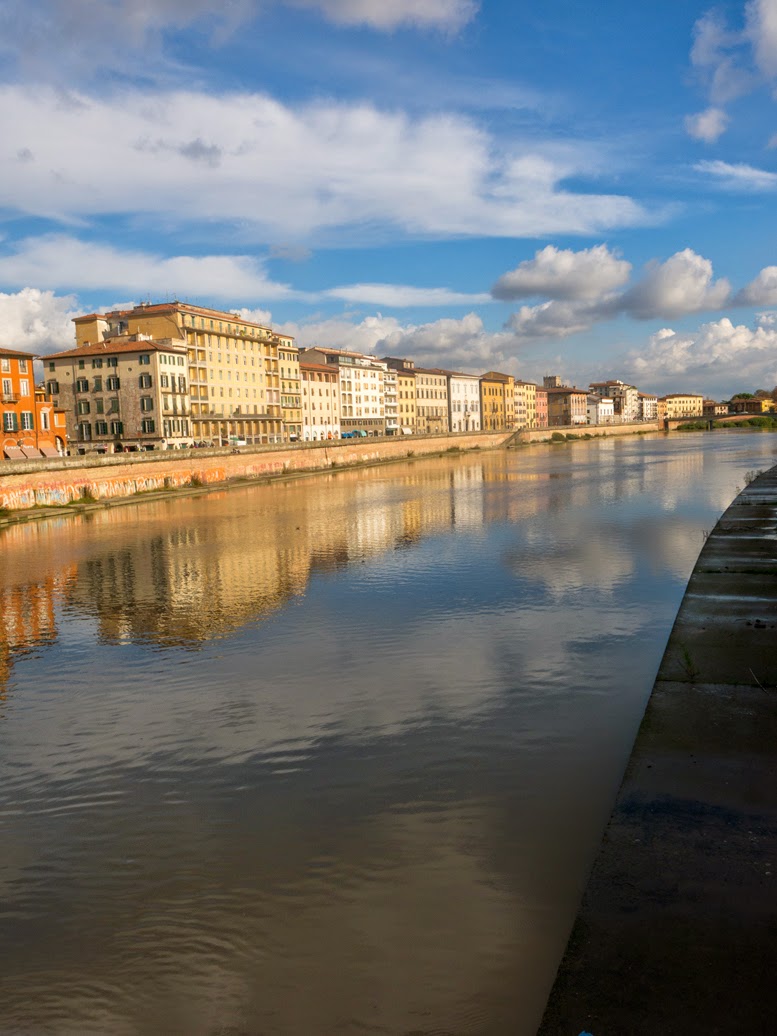 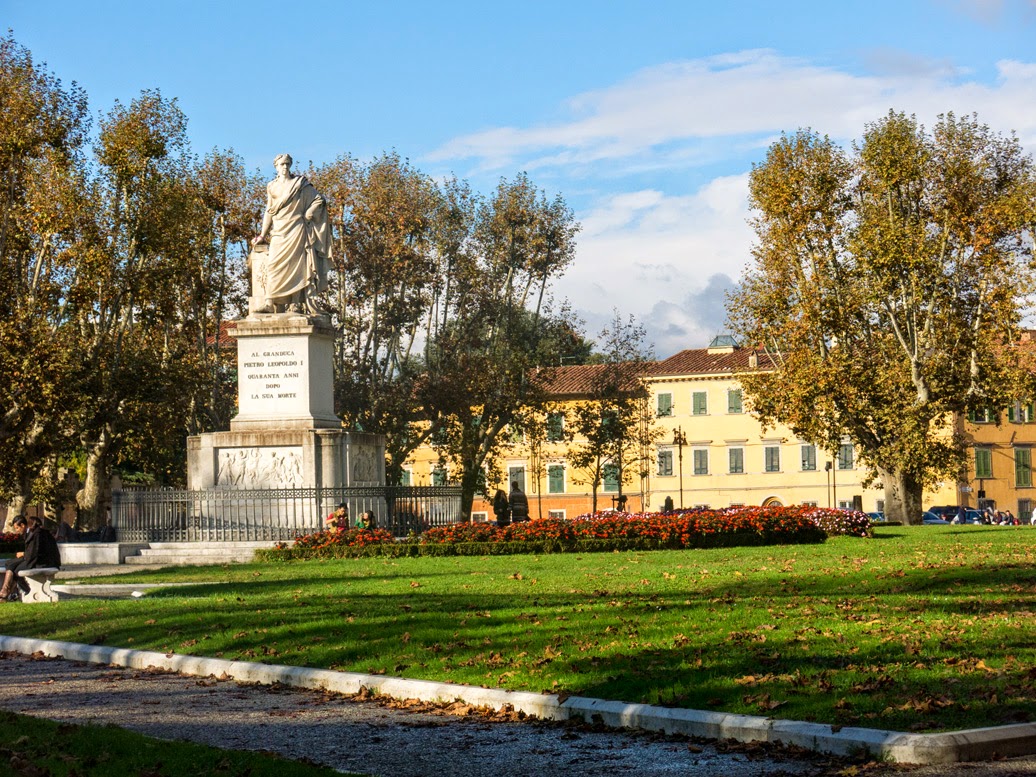 Don't remember what we had for lunch   (food isn't as memorable as in Bologna). 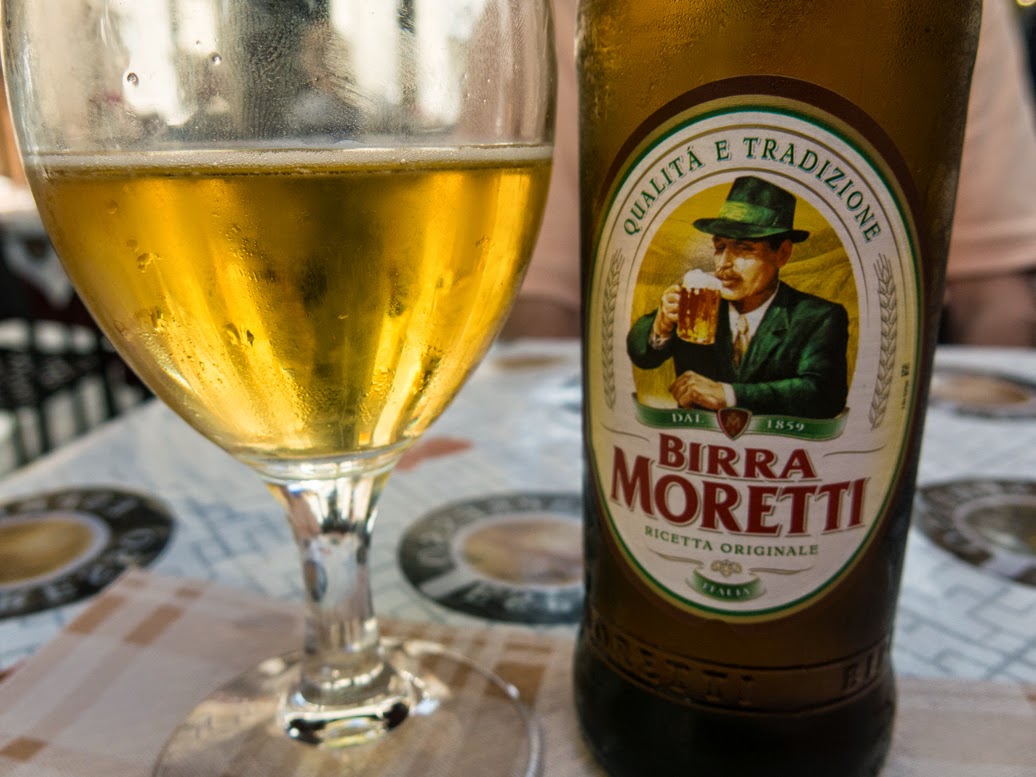 We found a nice, very popular, restaurant for dinner.    There were about 25 people waiting to get in when they opened the doors at 1930.   Menu offered some seafood which we haven't had in a while.   I chose the Gnocchi with Prawns.     It was very good, but imagine my surprise when the prawns weren't the large ones we are used to in the Midwest, but the spindley ones     I jokingly told RJ they were newborn prawns.


This Fallen Angel is near the famous Leaning Tower of Pisa 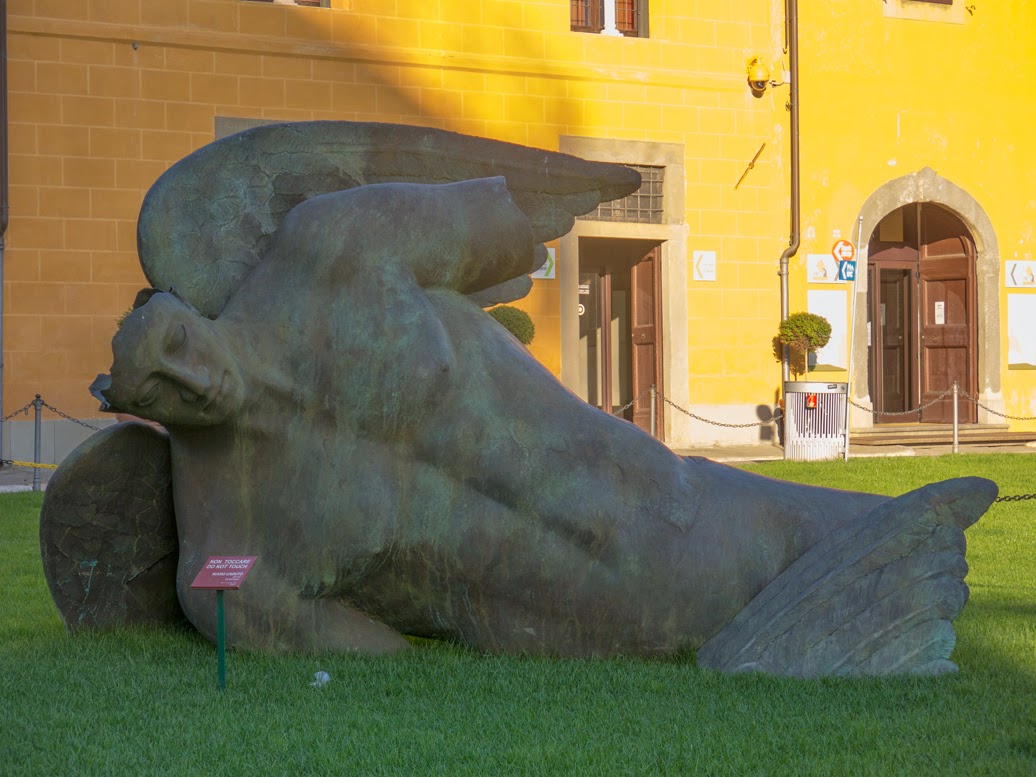 This is part of the wall surrounding the Old City. 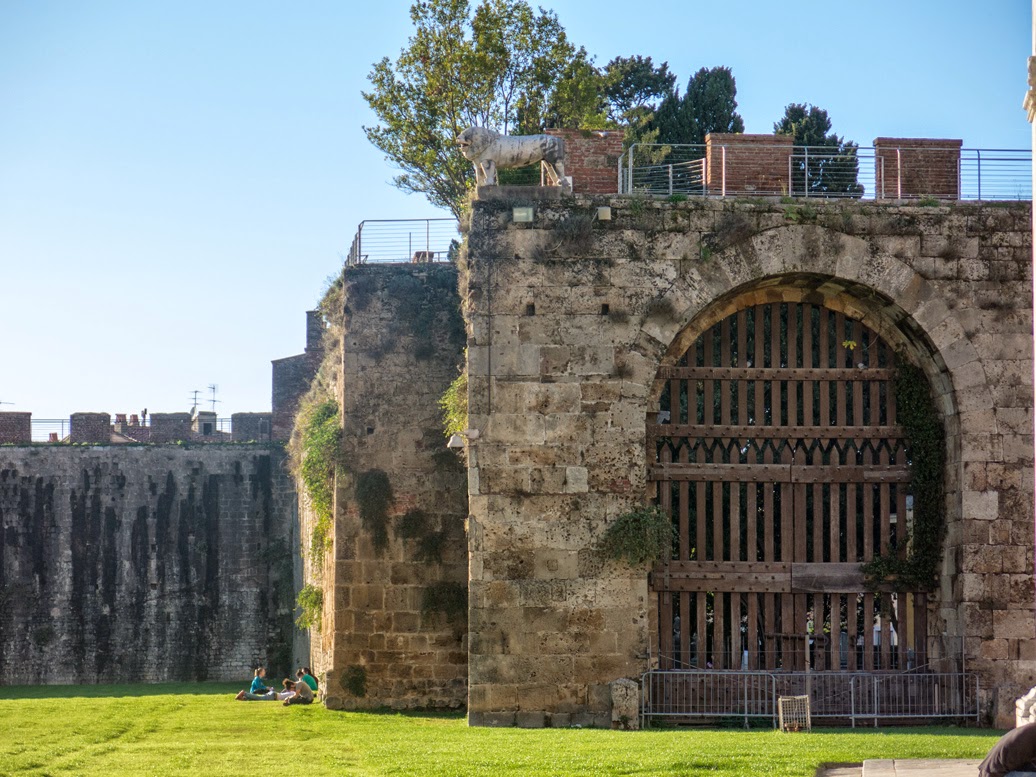 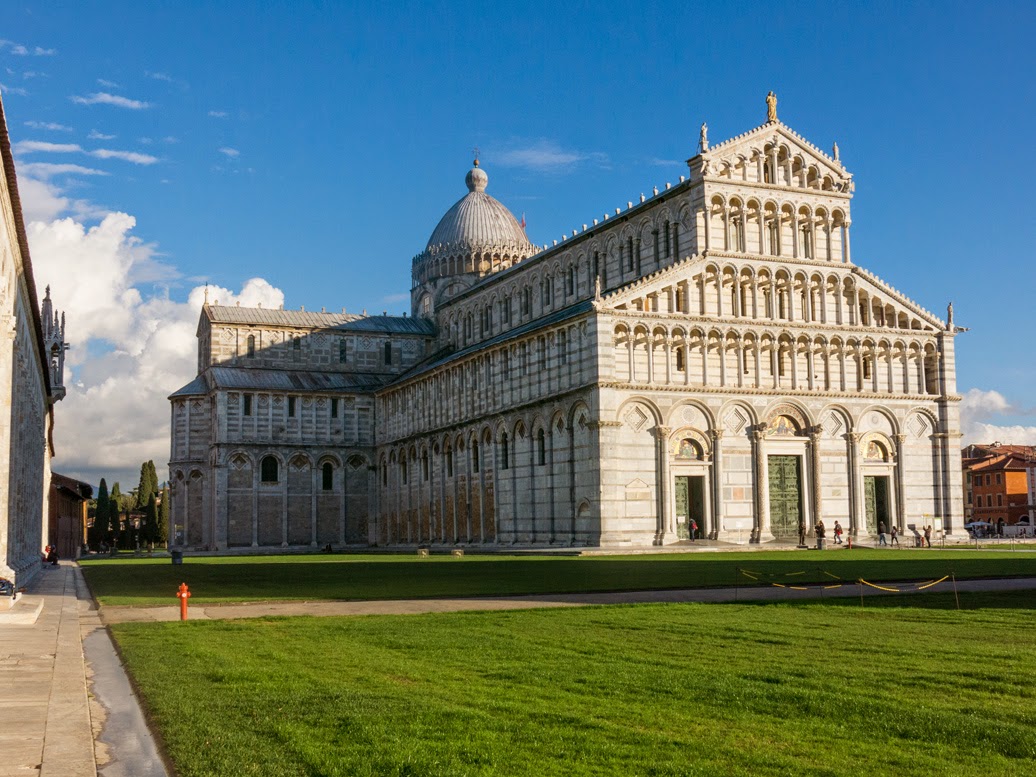 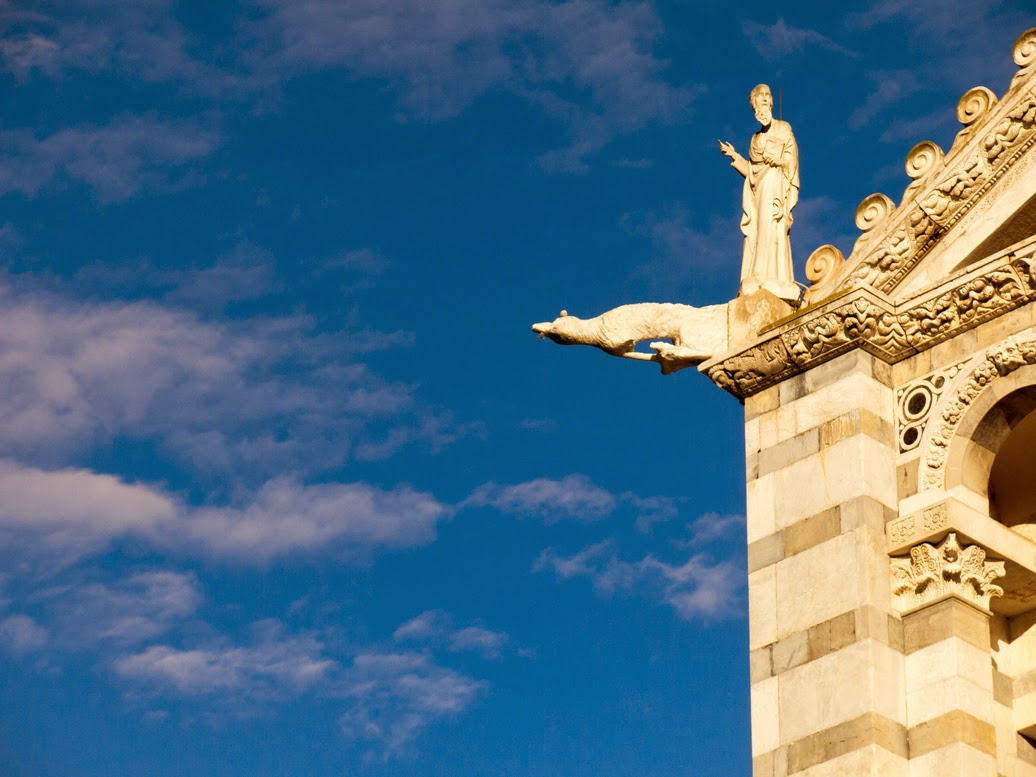 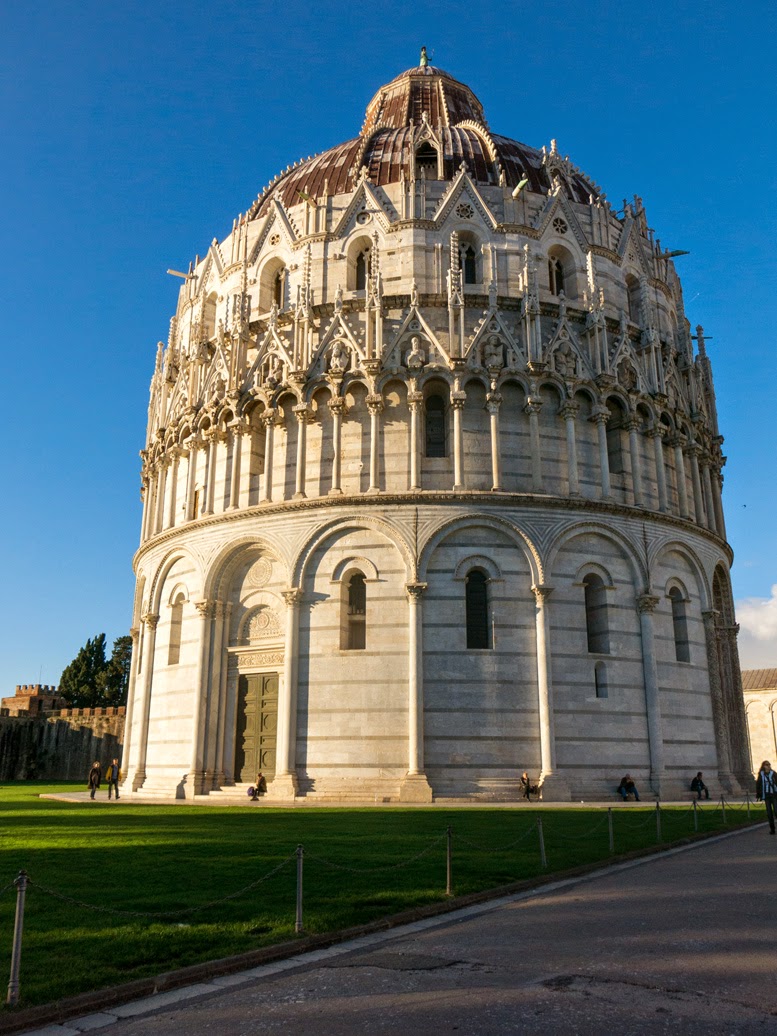 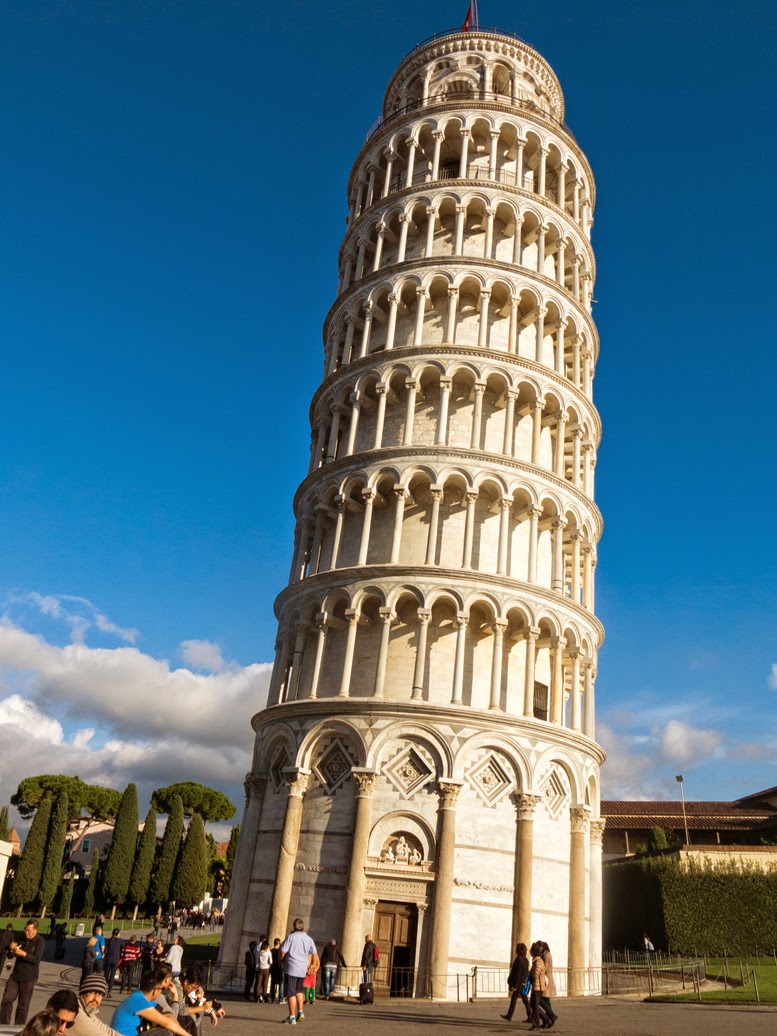 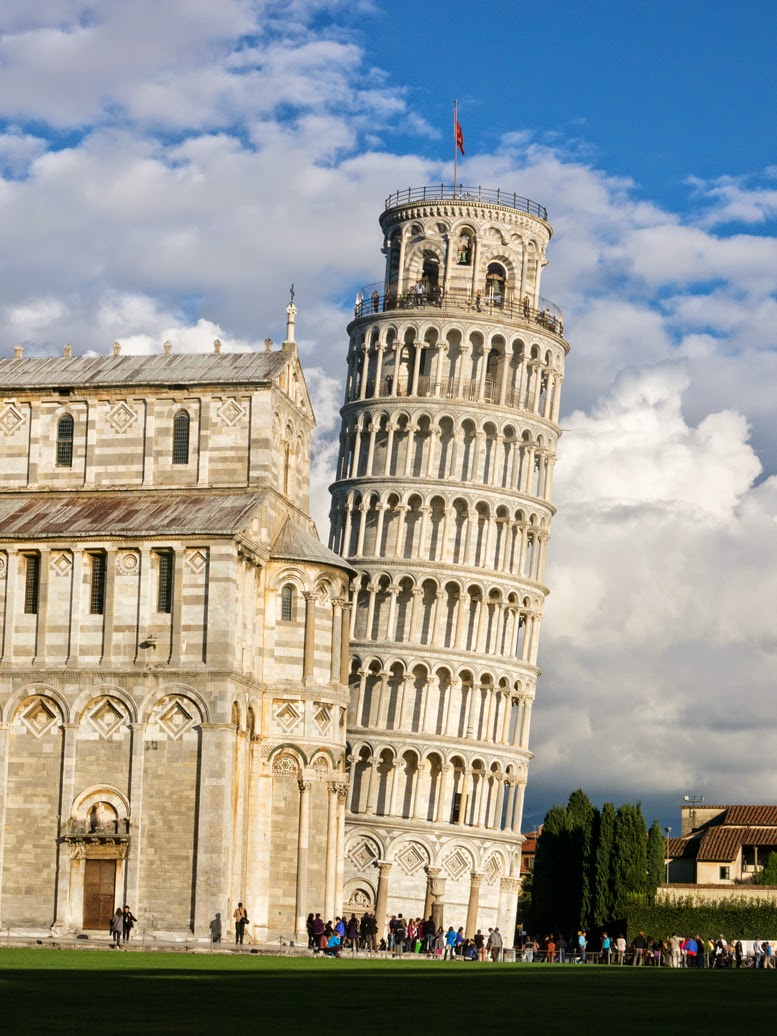 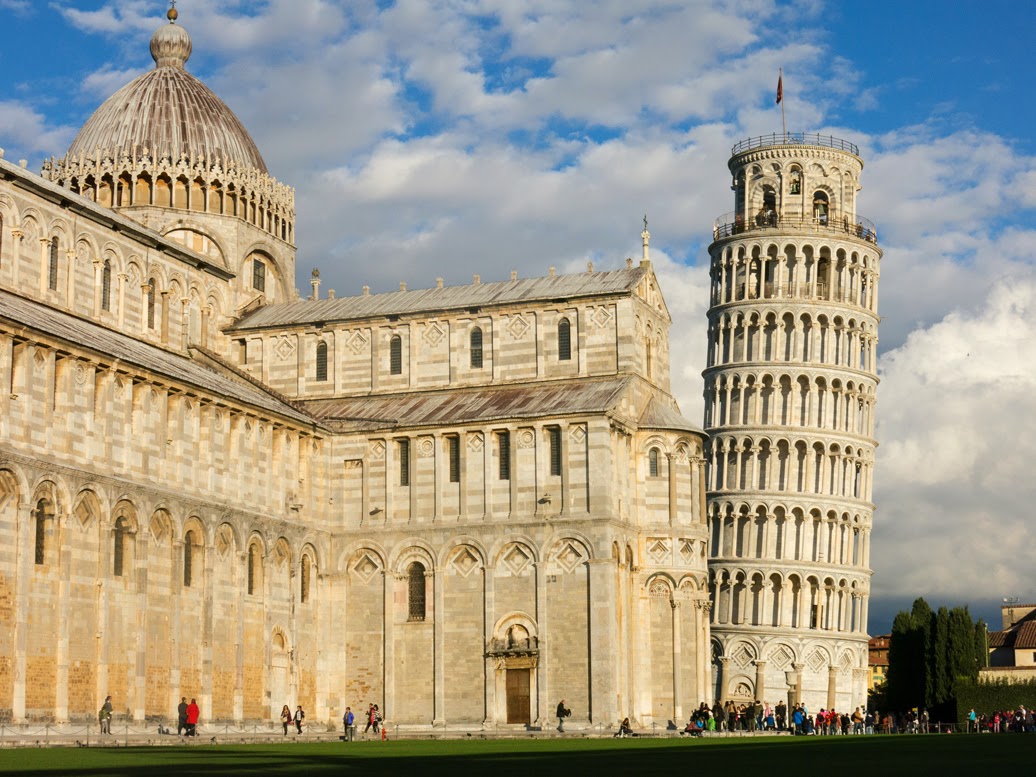 We spent a couple hours at the Amedeo Modigliani art exhibit at Palazza Blu.      He wasdefinitely part of the artistic scene following his move to Paris in 1906.  Photography wasn't allowed.

This street artist was very good.    He's using chalk, so he must start over each day. 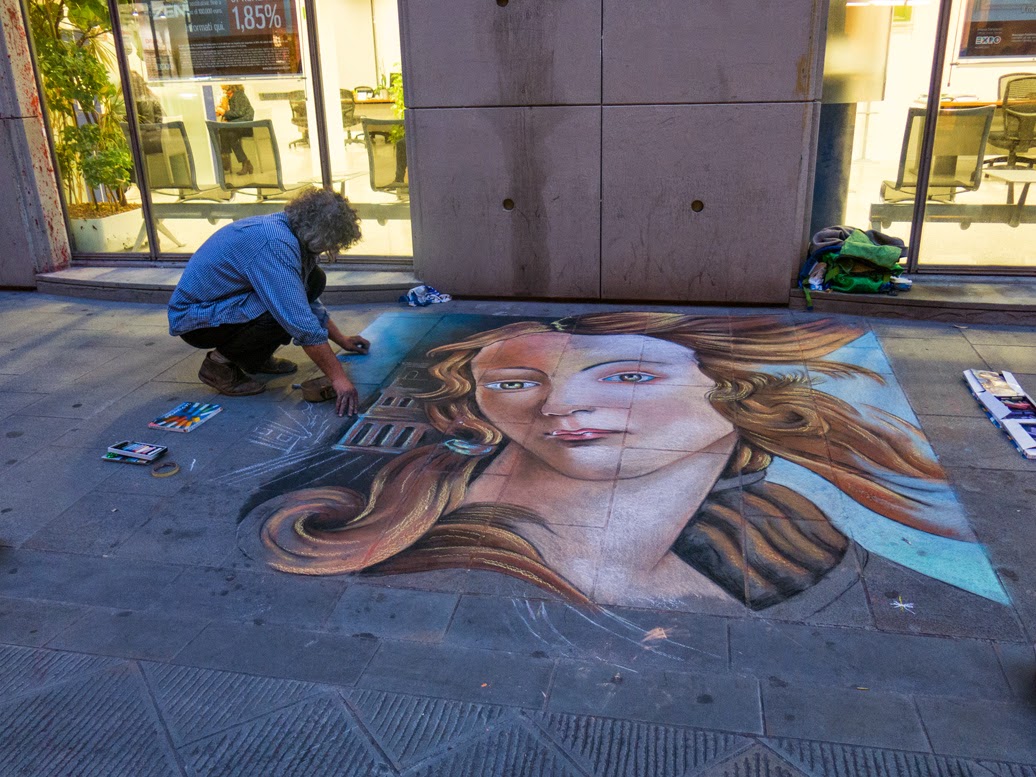 Instead of a funny street sign, I give you this dispenser for condoms.    Proudly displayed in a busy up-scale shopping/restaurant area. 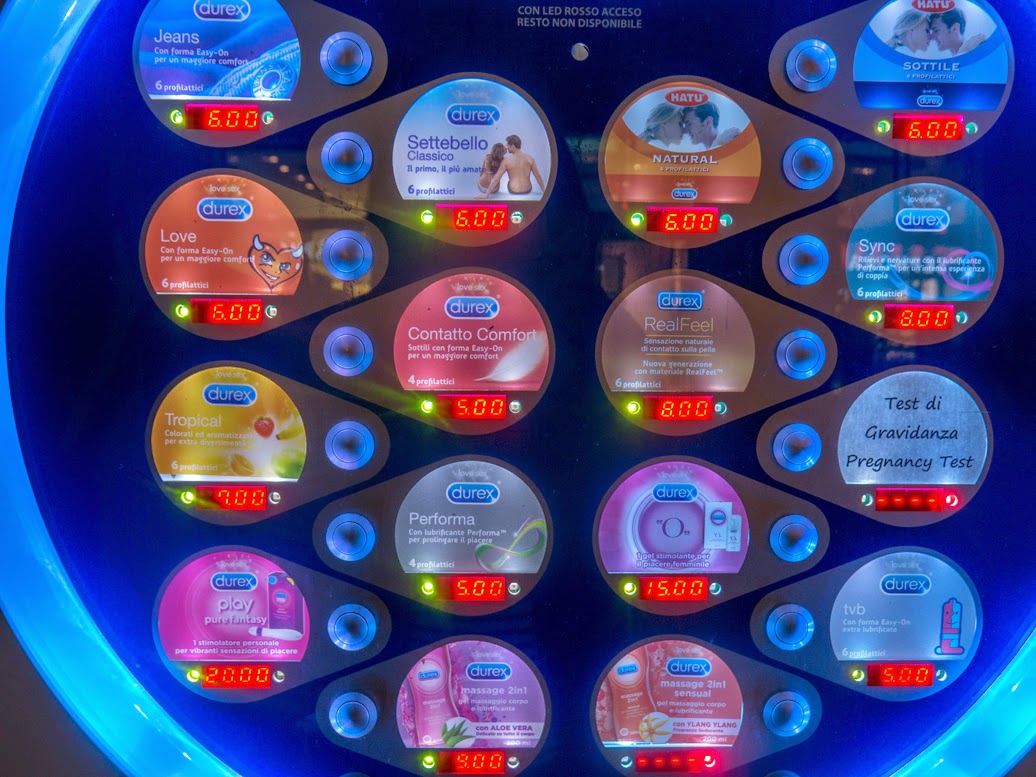 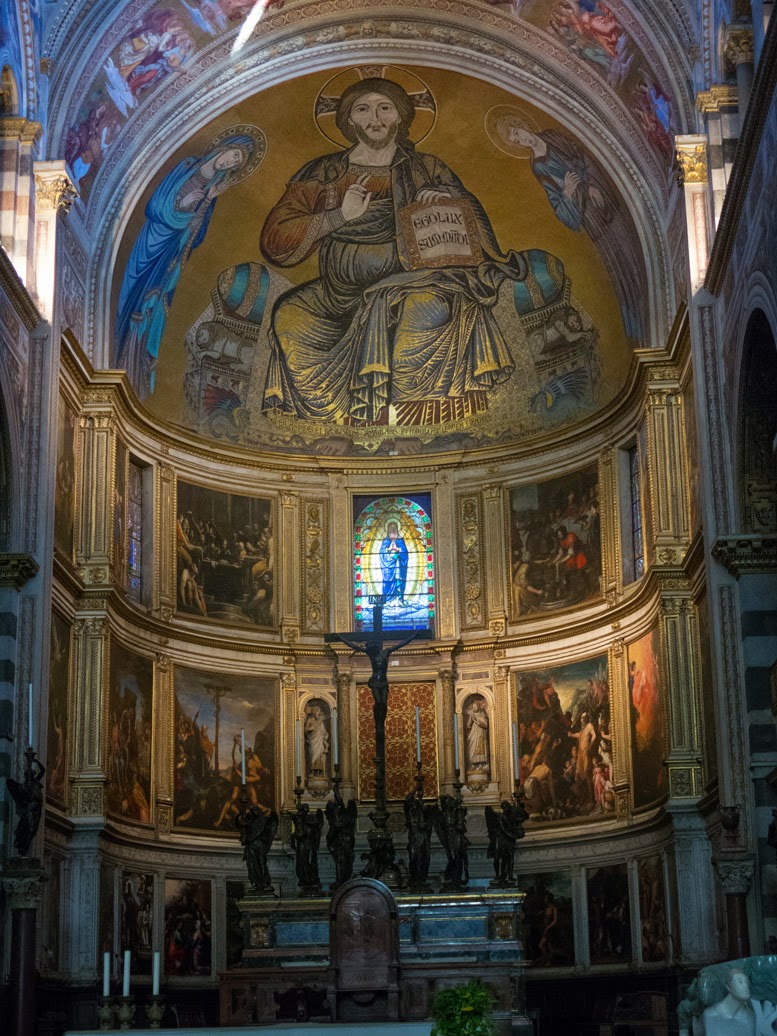 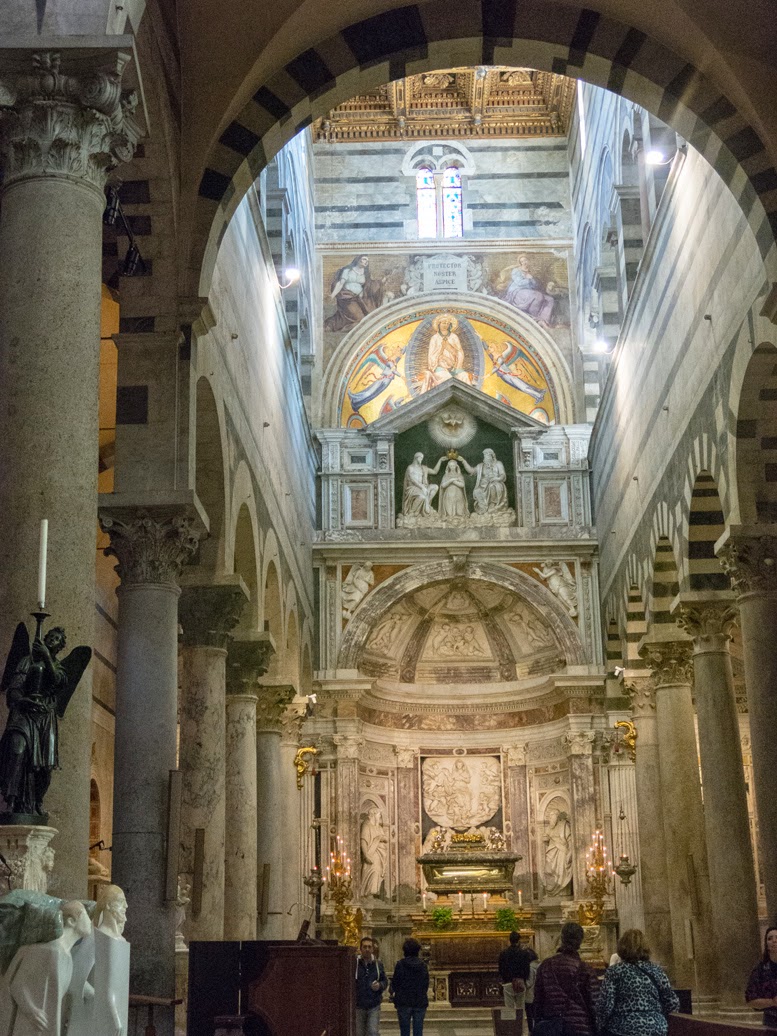 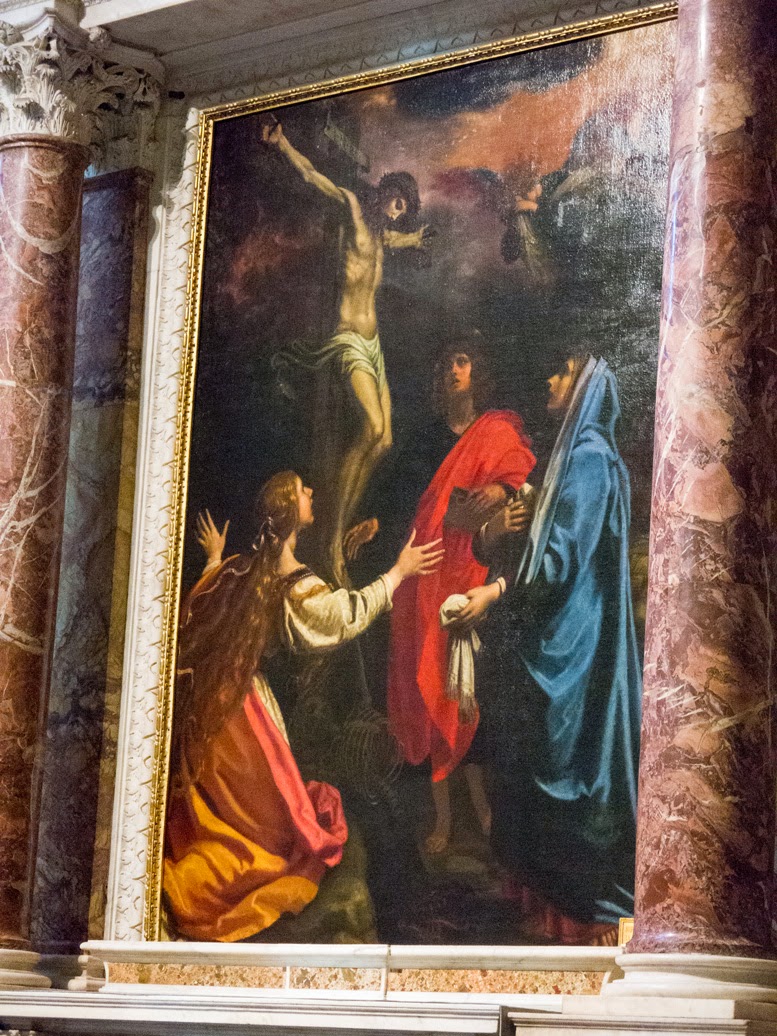 We had beautiful color in the sky at sunset. 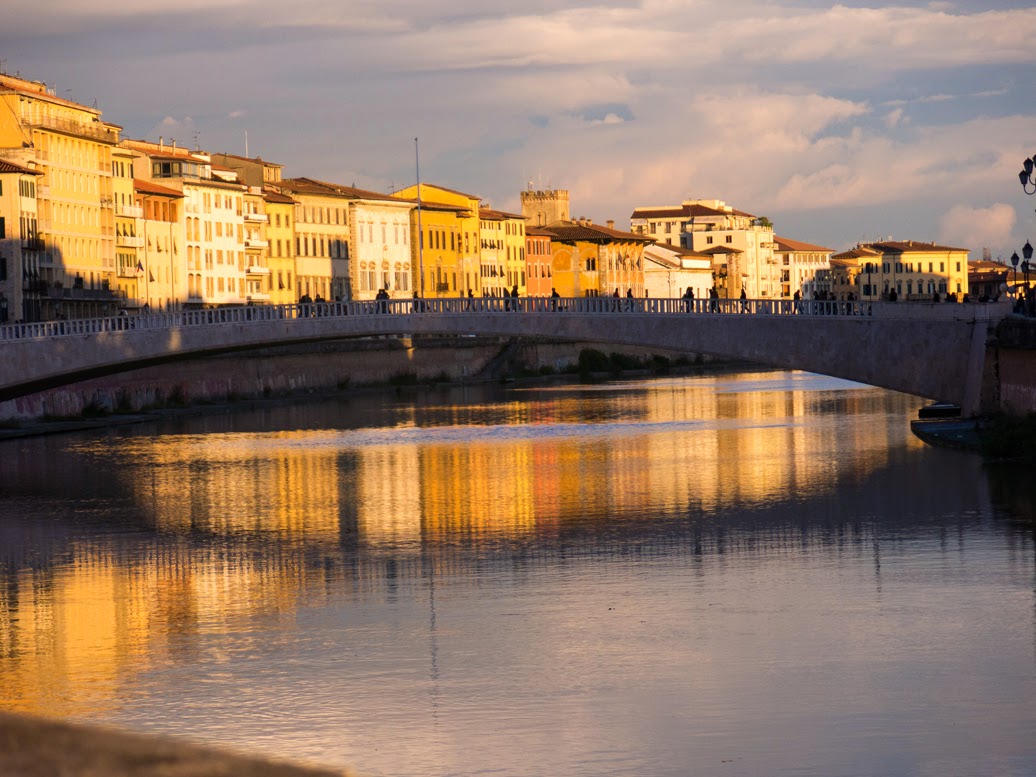 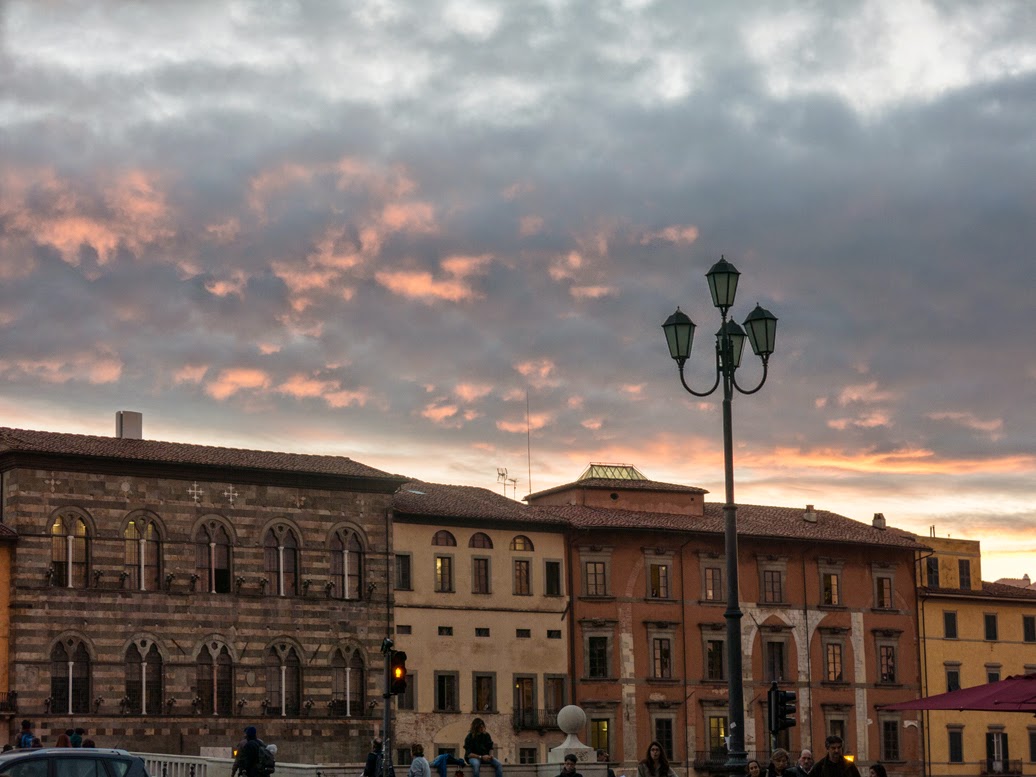 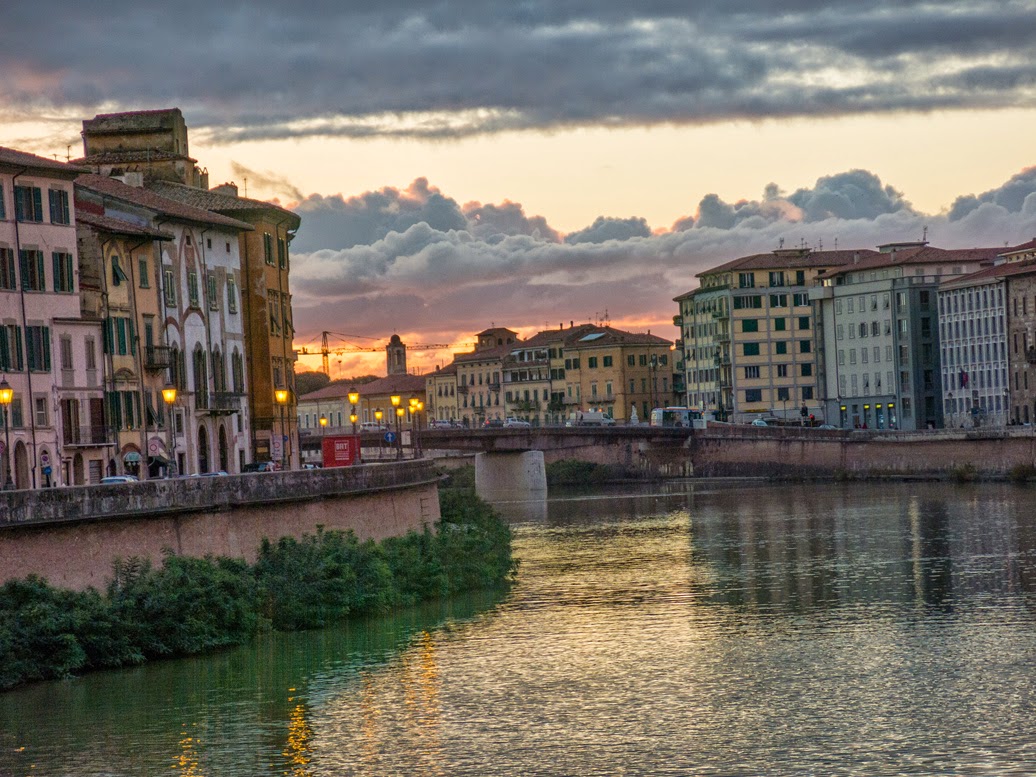 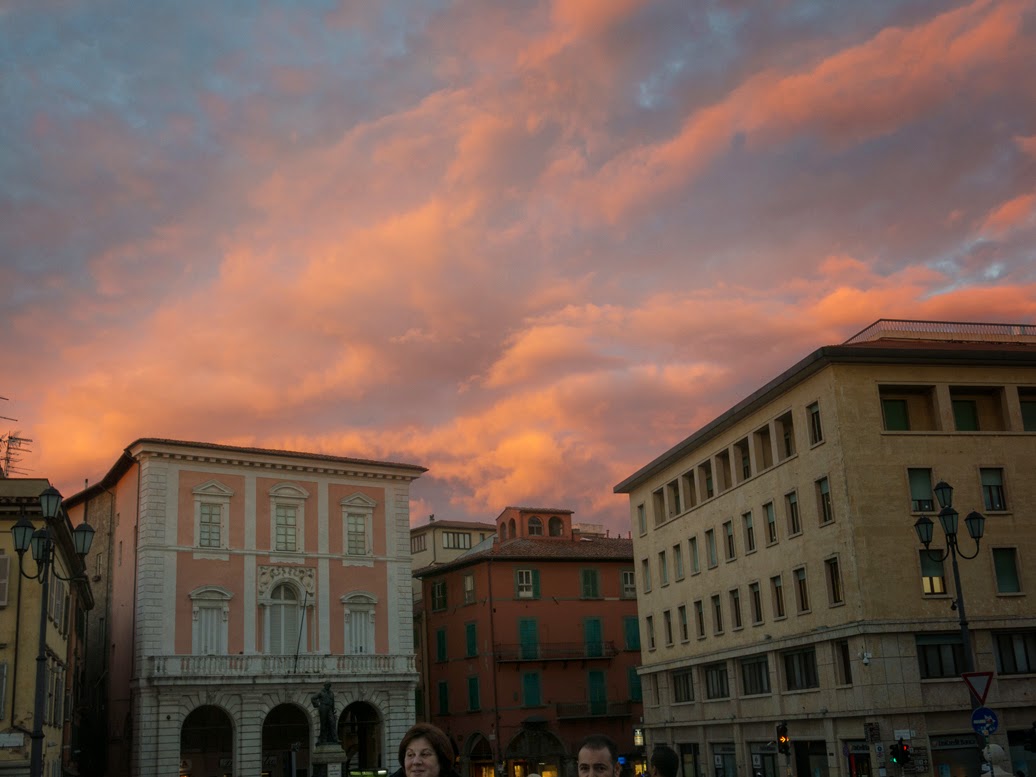 Posted by Our Retirement Journey at 10:01 PM