Today was a quiet day of big adventures...

I was way past due for a visit to Kathy L. my hairstylist.     Unfortunately, she is not traveling with me.     I found a modern salon and arrived today for my appointment.     Guess what - my colorist does not speak English.     Fortunately another member of the staff came over to help.      I explained what color I wanted and even showed them a picture.     The procedure was quite different from back home, but I sat back and relaxed.     What could go wrong?      Memories of my last Las Vegas coloring should have kept me on my toes, but ......    Lets just say that its pretty close to the color I had in 1963 when I started coloring my hair stating "I will never have brown hair again!"    RJ keeps saying, it's not    T H A T    bad.        I paid my 1,800 whatevers and escaped, thankful that I had refused their suggestion that I needed a trim.

I found RJ at the appointed pub, gulped down his beer and walked out of there, too.    RJ had found a wine bar down the street he thought I might like.    It's just enough off the beaten path that when he went in to check it out earlier, all conversation stopped and people stared at him.    Why does he think I will like this???

We forgot about dinner and stayed for four hours.     Three men were playing instruments at their table and singing all evening.     Once we bought them a round we were accepted and people would talk with us and raise a glass.    I don't have any pictures, but two of the men were playing guitars and the third played a pipe.      It looked like a 12" PVC pipe with saran wrap rubber banded along one end.    He blew into a side hole.    Beautiful deep tones emerged.     We are going back on Wednesday.

While we were enjoying the music, an 80 something nicely dressed lady came in, gave the owner an empty 2 litre water bottle which was promptly filled with wine.      An hour later, a gentleman came in and did the same thing.     The wine was a local brew and was served from taps.    No wasteful bottles here that will end up in a landfill.


The beautiful cuckoo clock in the square keeps drawing me back so I decided to take some detailed pictures.     This is the basic clock. 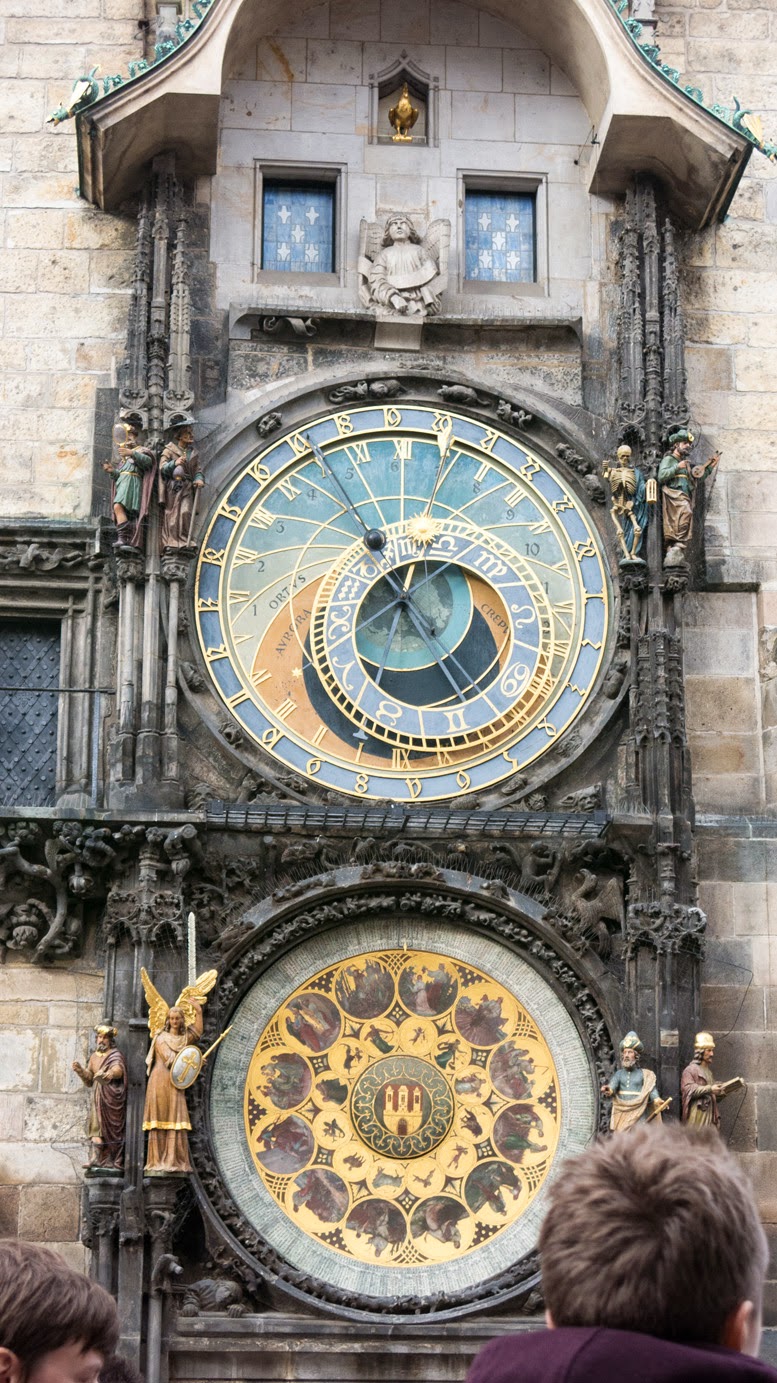 Here you can see some of the procession of figurines that come to the windows on the hour. 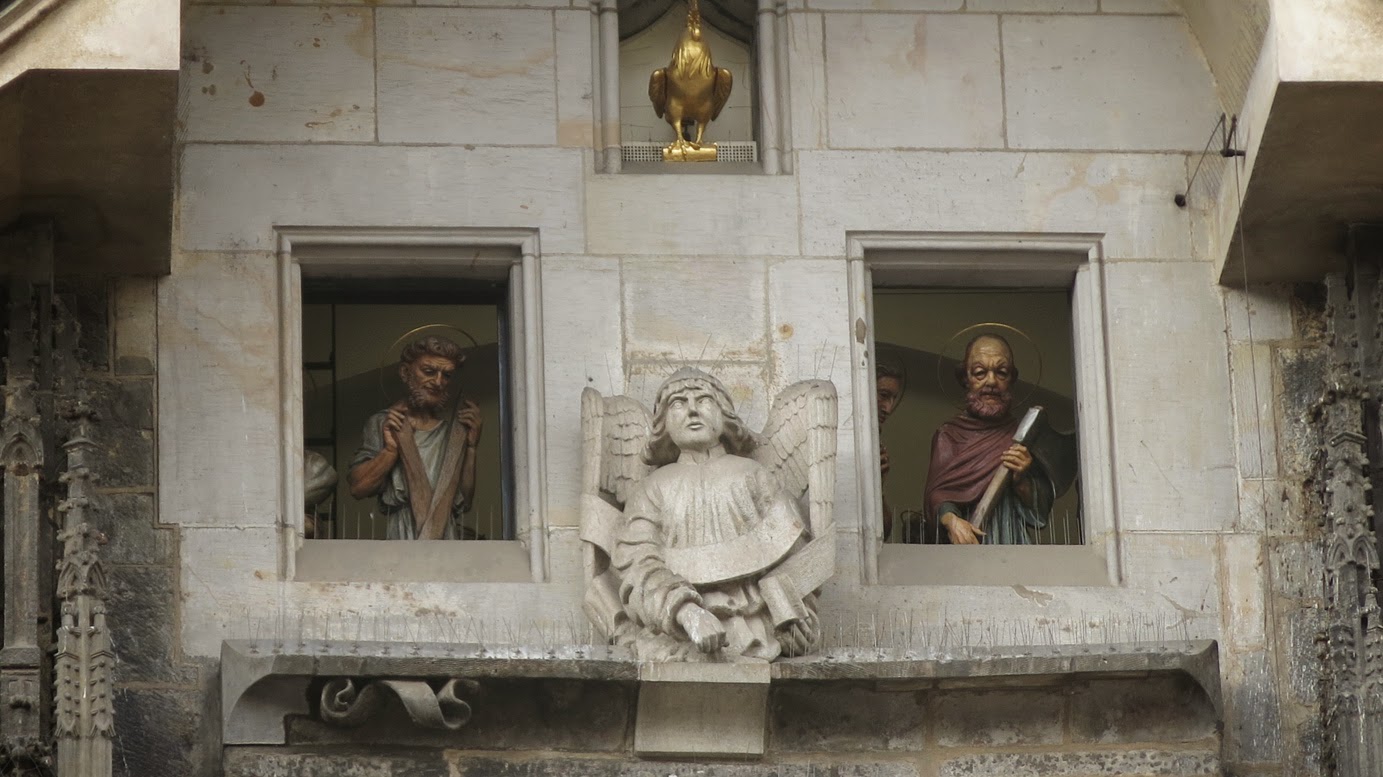 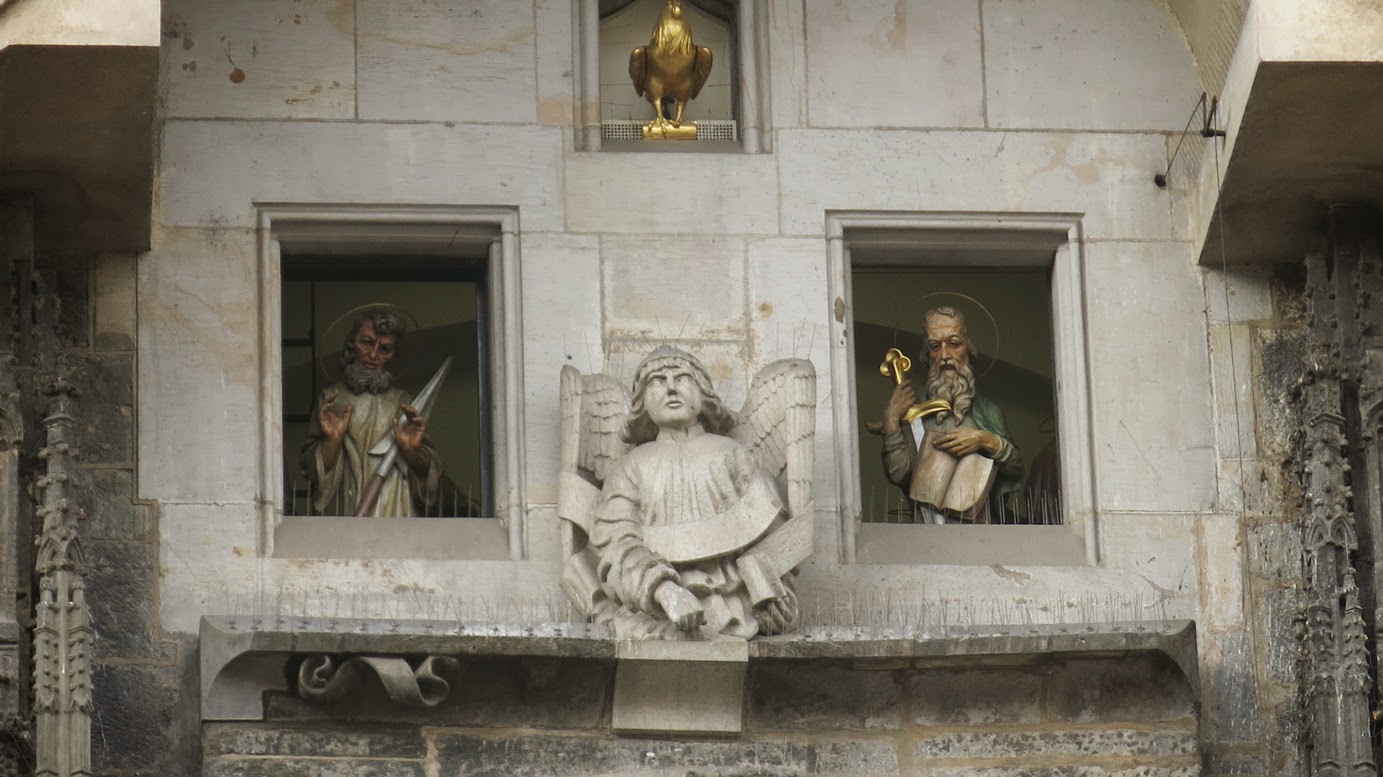 Here is the bottom face of the clock 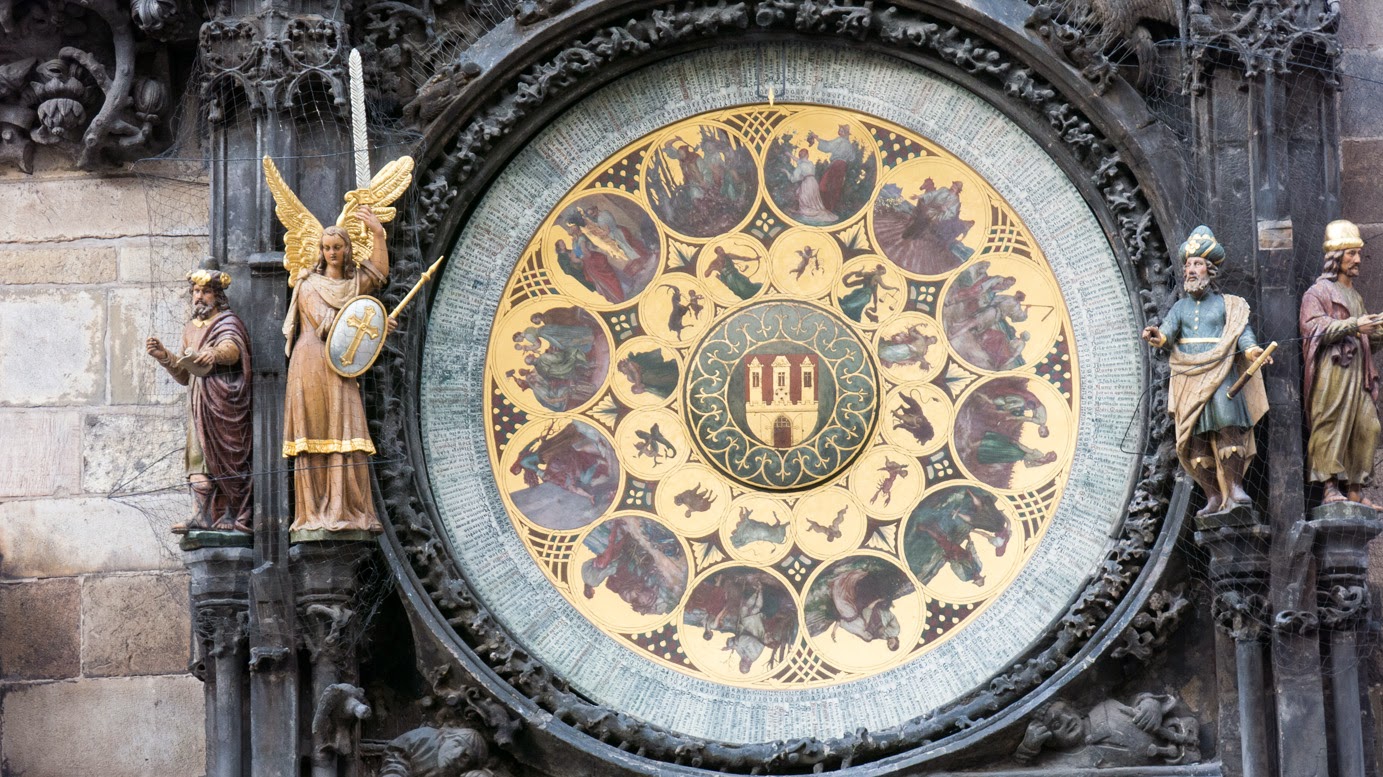 They are out of order, but this is the top part of the clock 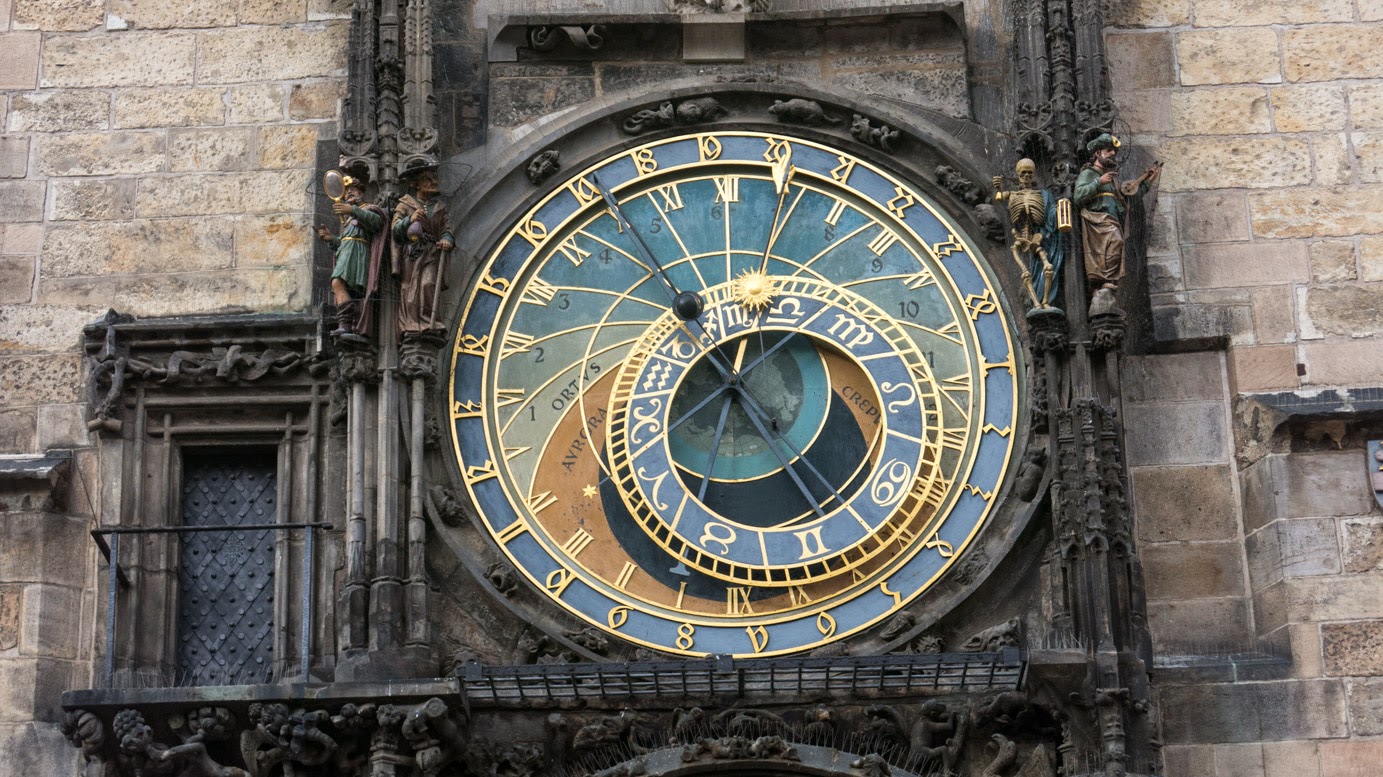 This is the first day we have seen the mounted police. 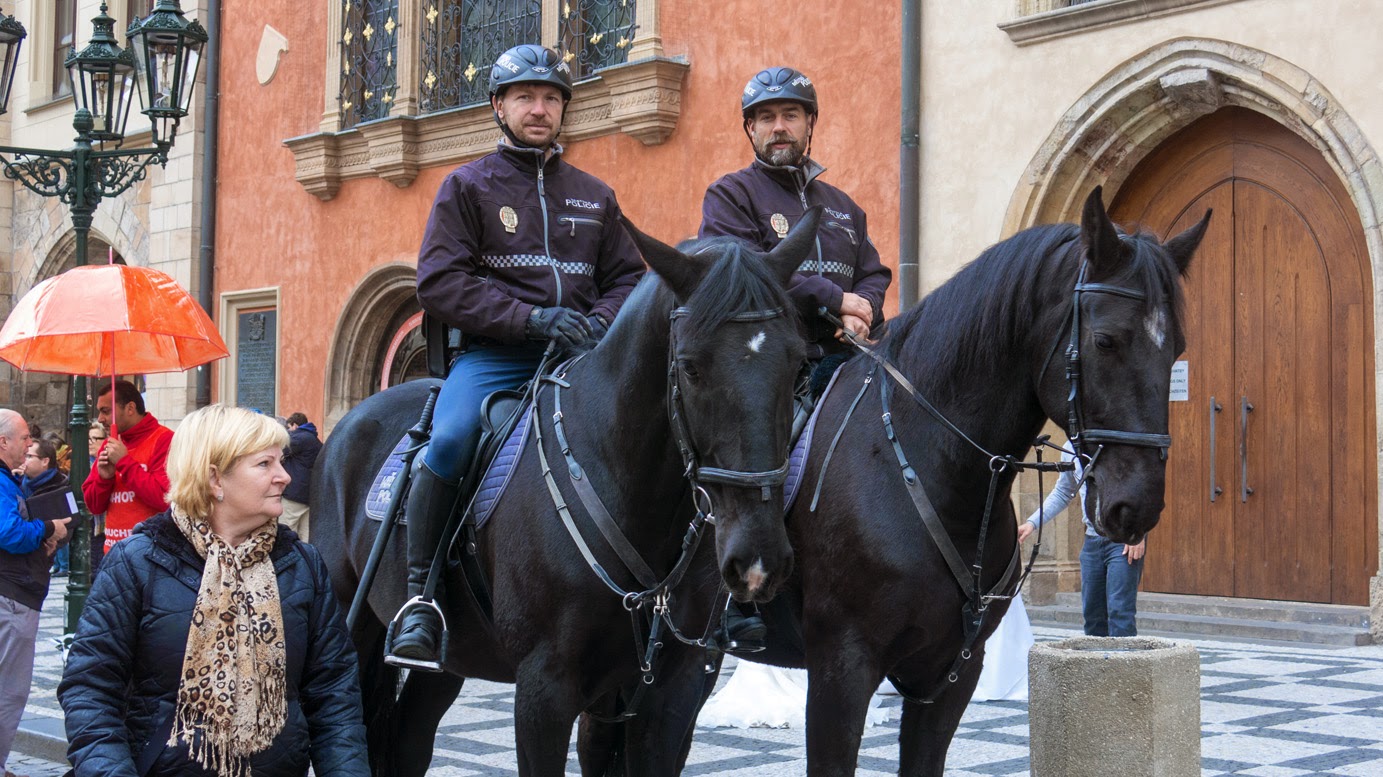 How does he levitate??? 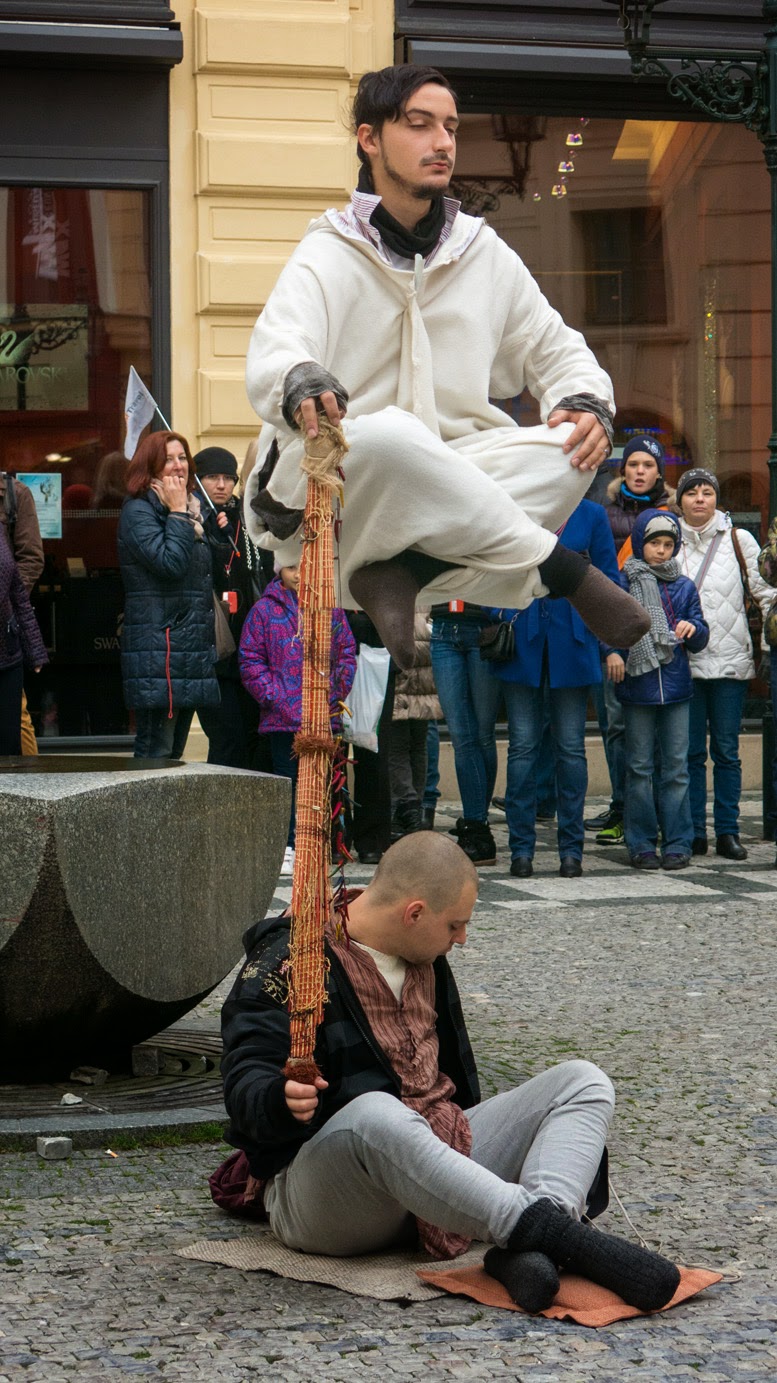 The most interesting thing about this church was the chandelier.    Beautiful! 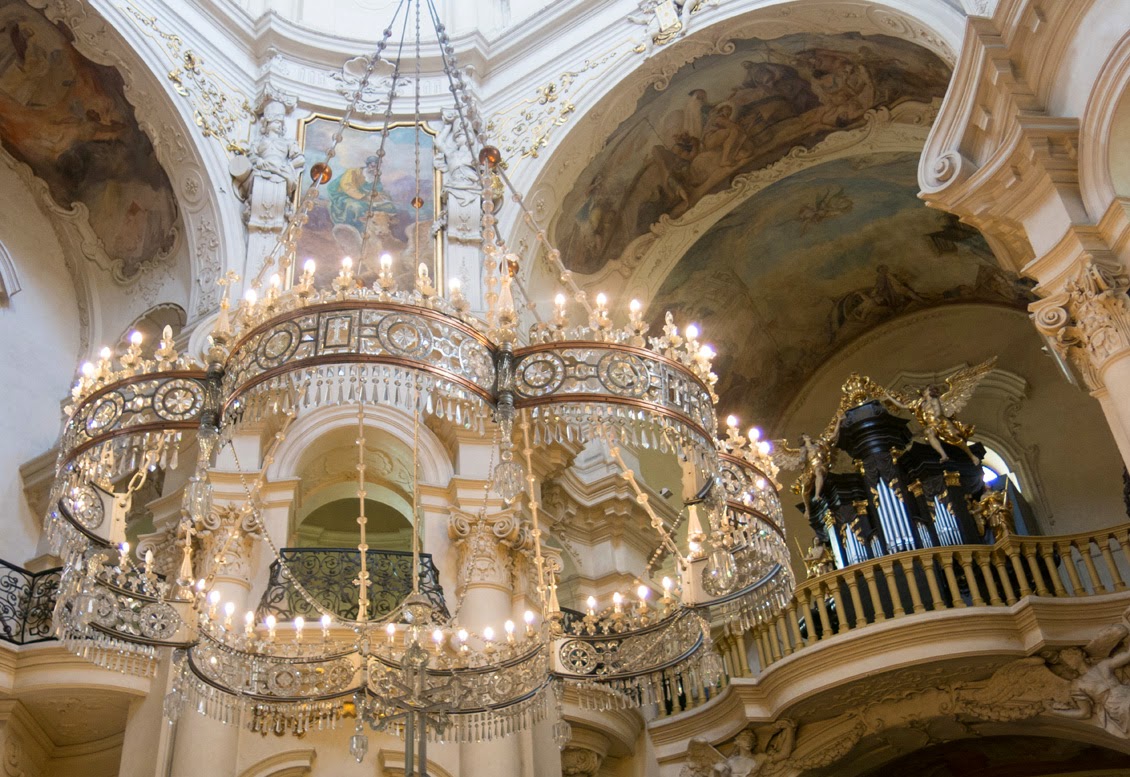 Posted by Our Retirement Journey at 4:36 AM