November is not the best time to visit Innsbruck, although you would not know it based on the number of tourists.     They seem to take a break, most museums and many events are closed for the month and that beautiful ride we took up the mountain yesterday is now closed for the rest of November.    Fortunately, the Old Towne city is beautiful and the Alps which encircle the city never disappoint.    We have had beautiful weather and are able to dine outdoors every day.

Warming in the late fall sun. 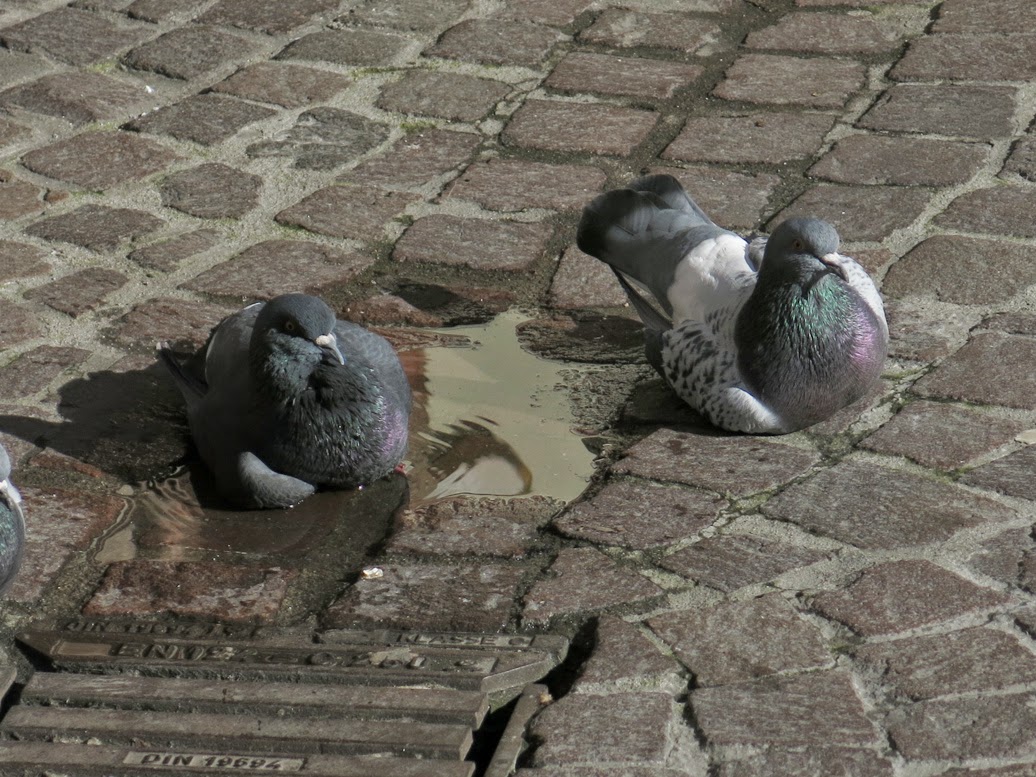 The Tiroler Volkskunst Museum is open.    This is the museum of Tyrolean Folk Art.    The Tyrol area is like a county or state back home.    Innsbruck is part of this area.   The museum is housed in a 1553 abbey and gave great insight into the traditional way of life in this area.    We saw many examples of their front parlors where most of the activity in the home took place.    The large ceramic heaters in this room were fed through the kitchen so that smoke would not enter this room.     This photographer was remiss in capturing the beautiful wood carvings that covered the ceilings and walls.     We were told that special attention was given to ceiling carvings.    Another area gave us examples of celebration clothes from many local villages. 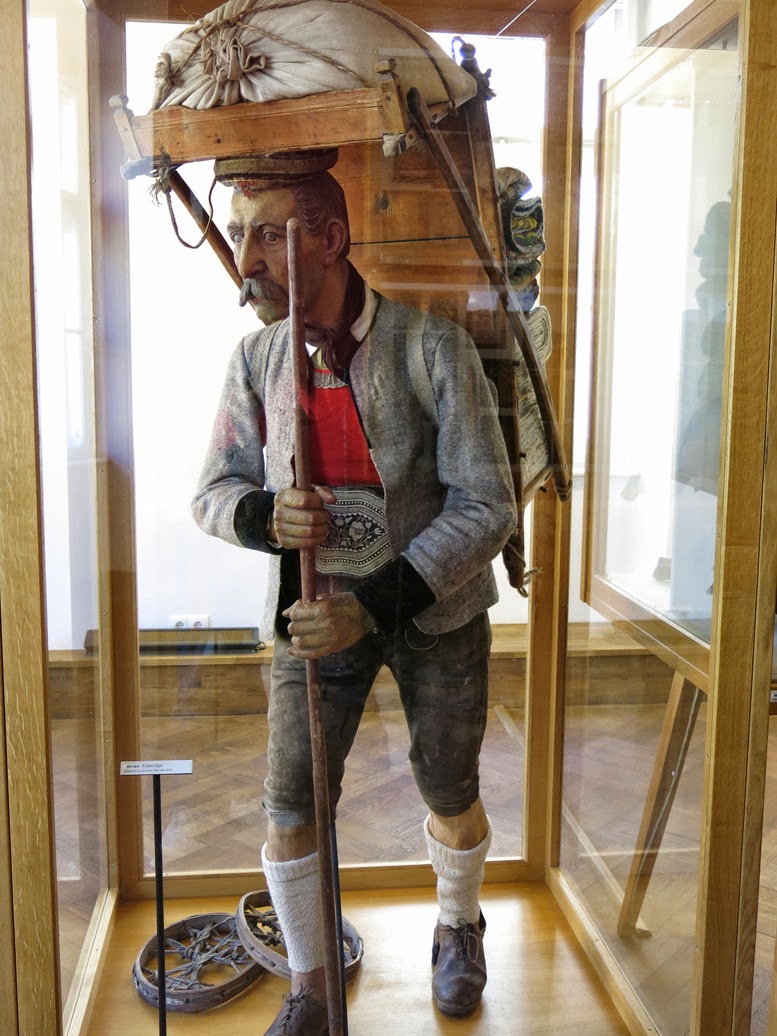 What an interesting way to store your pots. 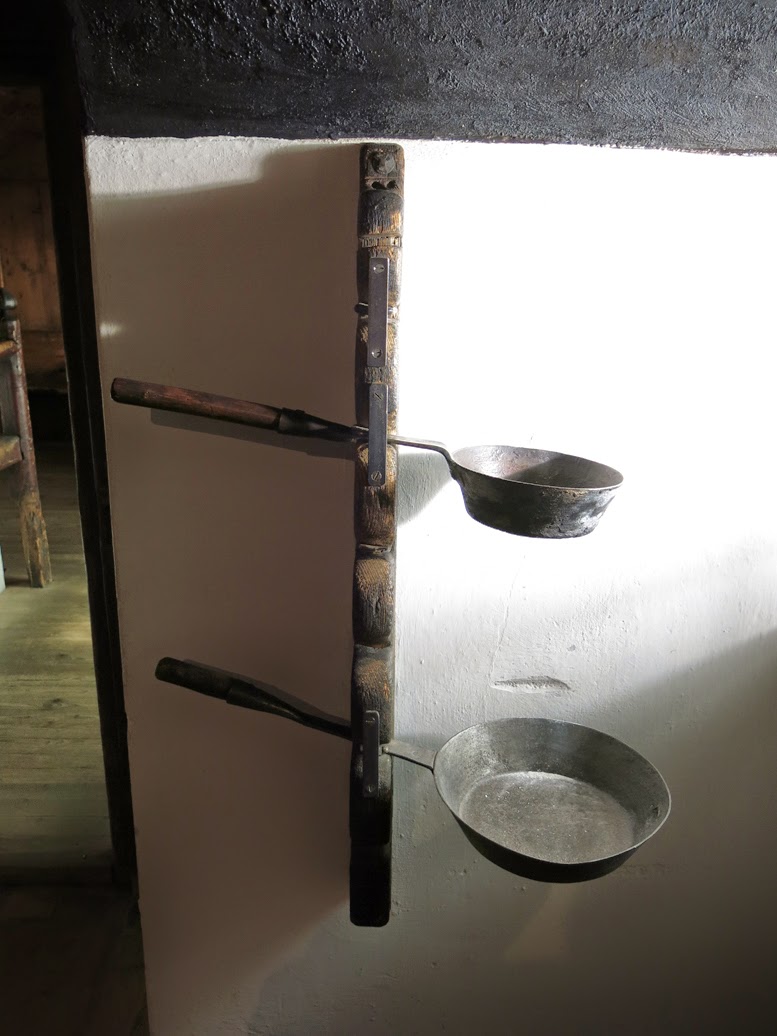 The abbey was a bit weird.     It was lined with huge black statues of fighters in full (black) armour and in the center of the room was a huge tomb like coffin.      It is the tomb of Maximilliam I.    The whole room kind of freaked me out so I didn't take any pictures other than this one of the tomb from above. 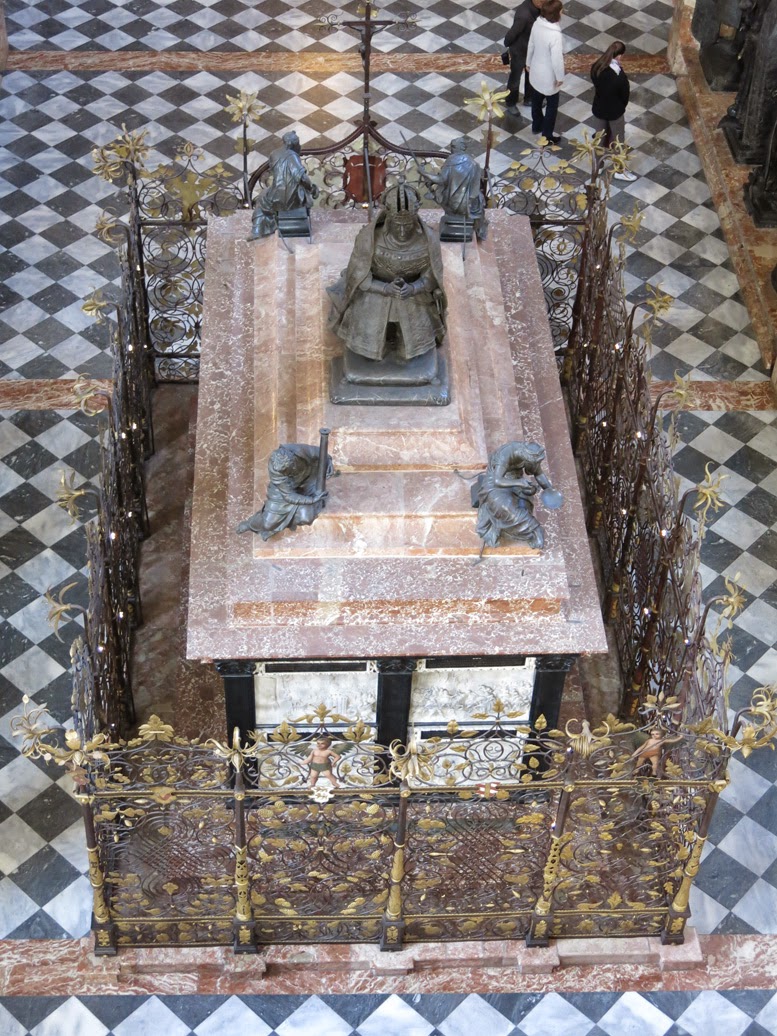 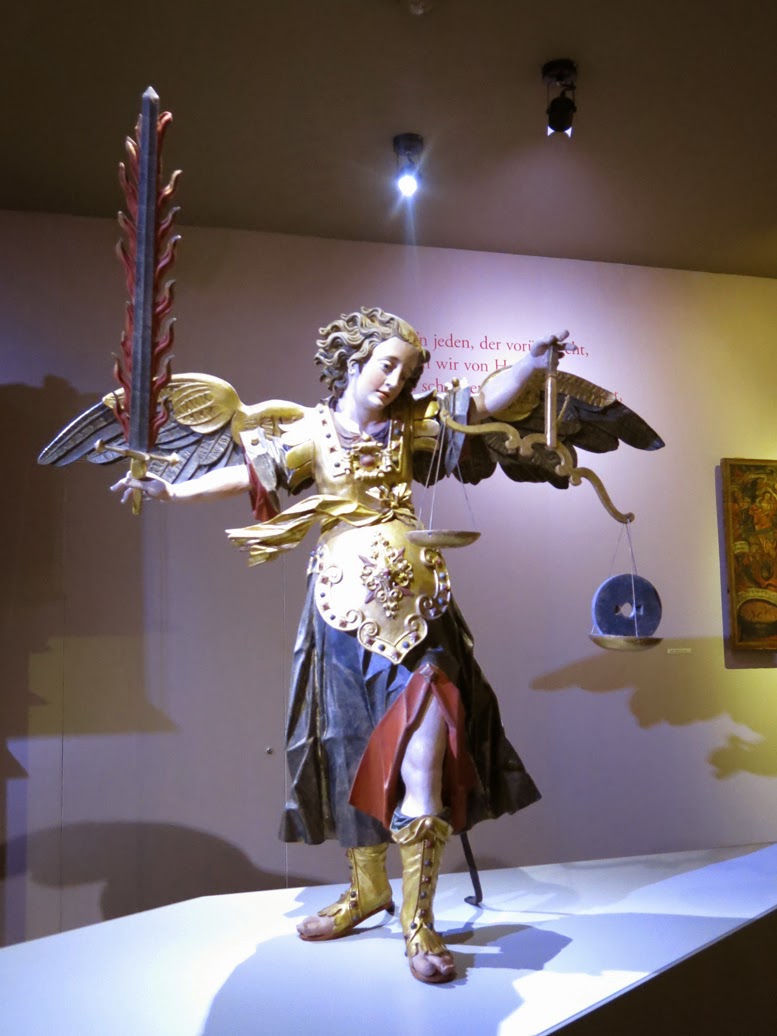 Another wonderful lunch at an outdoor restaurant in Old Towne.     I overheard the young couple next to us talking and couldn’t resist joining in.      They are in their 30’s and live in a Chicago suburb.     They are making a big decision about a promotion she has been offered overseas.      They have a 2 year old and twin 3 year olds, so it is a big decision.     He is not happy with his current career, so this would be a great opportunity for him to return to school at their new location.     It sounds like they have made the decision to go with it, but just haven’t quite said “Yes, let’s do it”.
The Goldenes Dachl - the Golden Roof - was added onto the front of the previous ducal palace to commemorate Emperor Maximilian I's marriage in 1493. 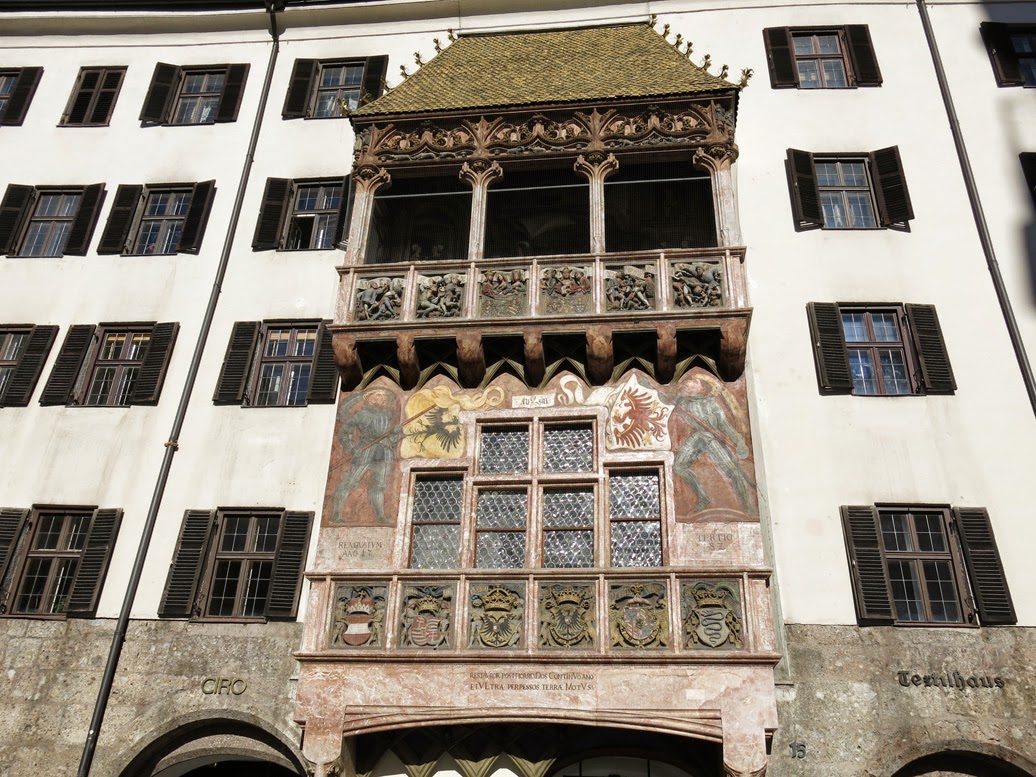 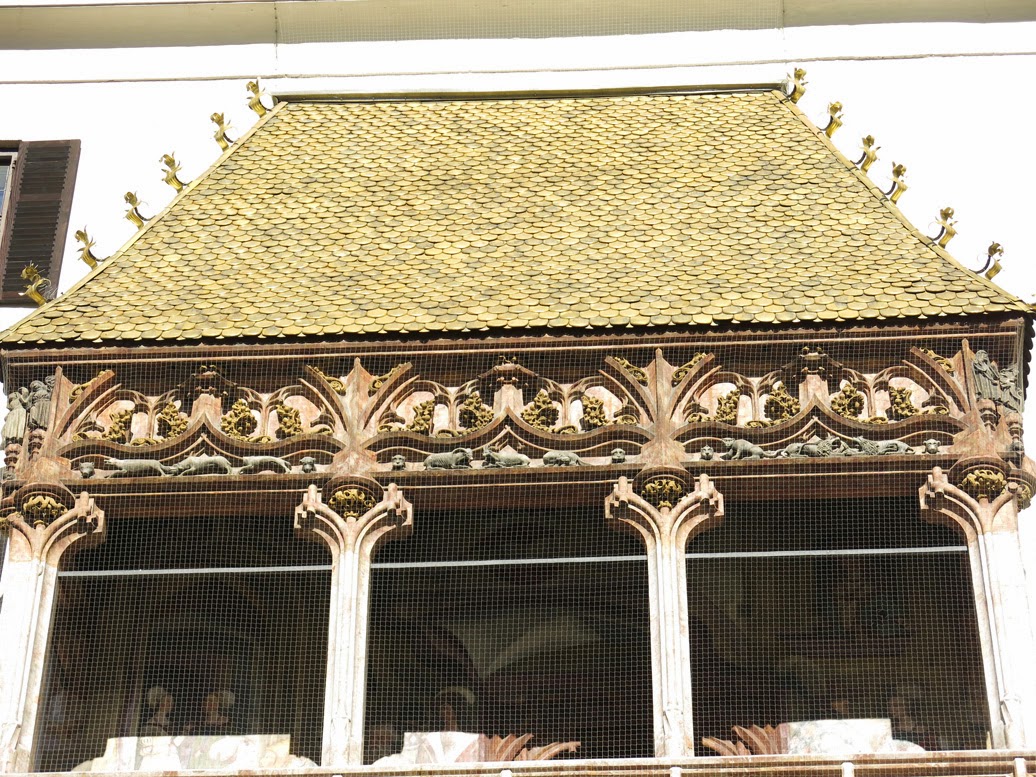 More pictures over the Inn River at sunset. 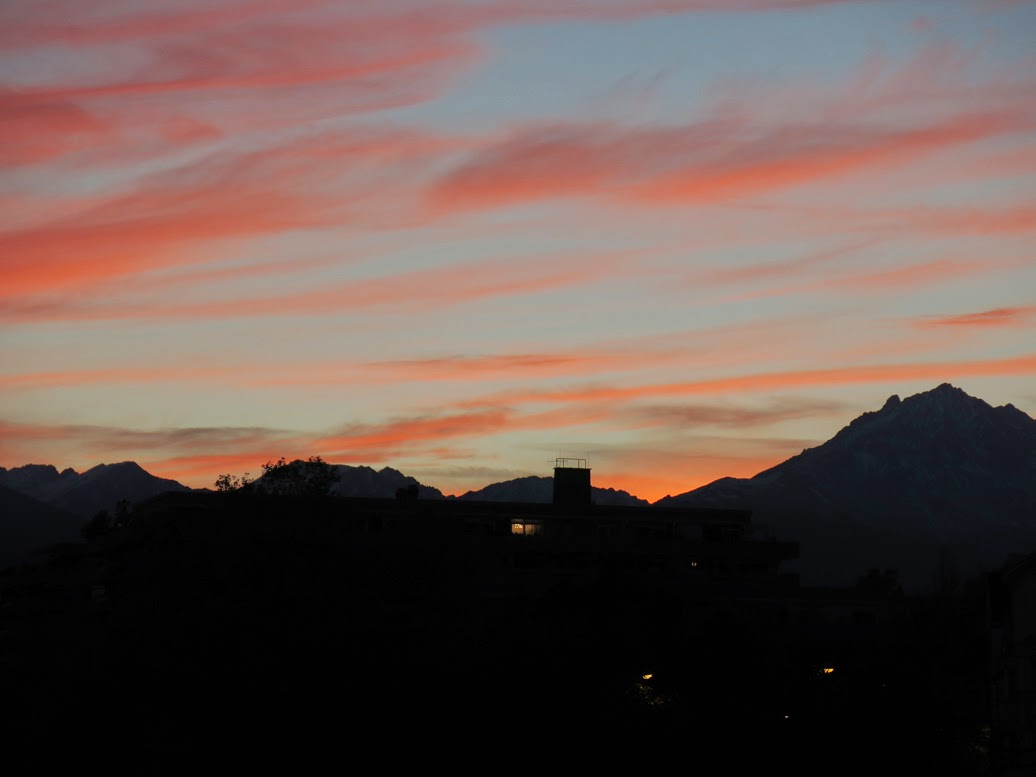 There are lit message boards under the water that deliver commercials at night.    Interesting, but not something I want to catch on 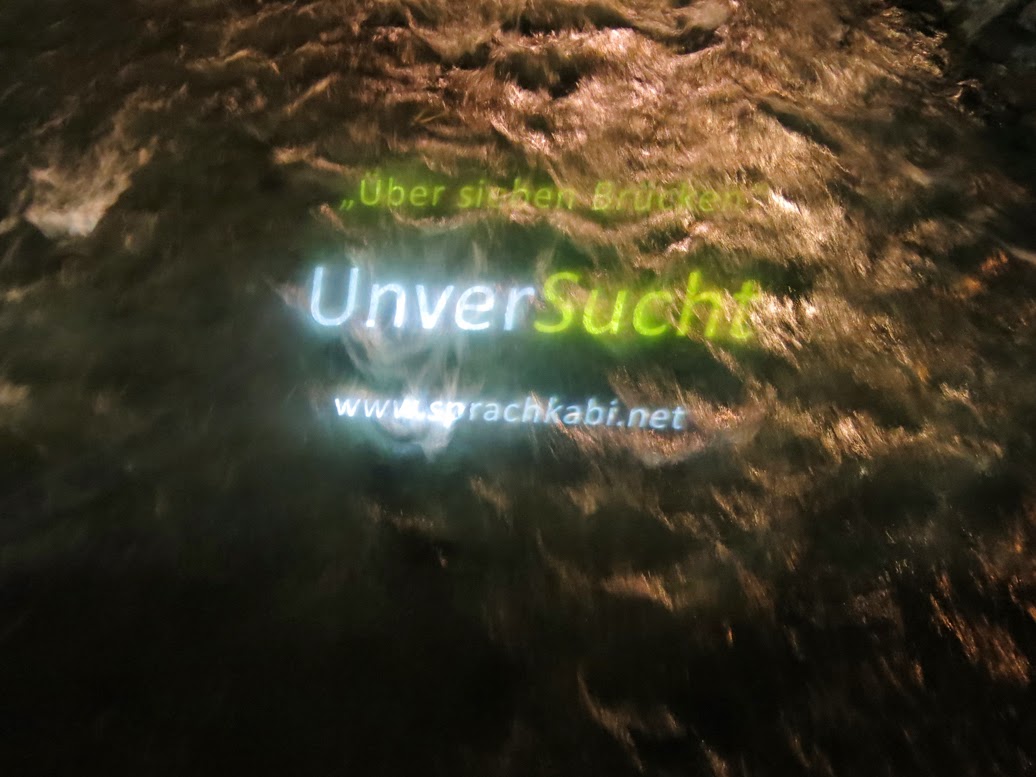 Posted by Our Retirement Journey at 10:28 PM