We are off on another day trip.    Destination:   Ferrara, Italy

This is a beautiful, clean city.     A nice mix of tourism and affluence.    In the center of the city is this castle.   I am discovering that buildings in Italy are frequently undergoing renovation. 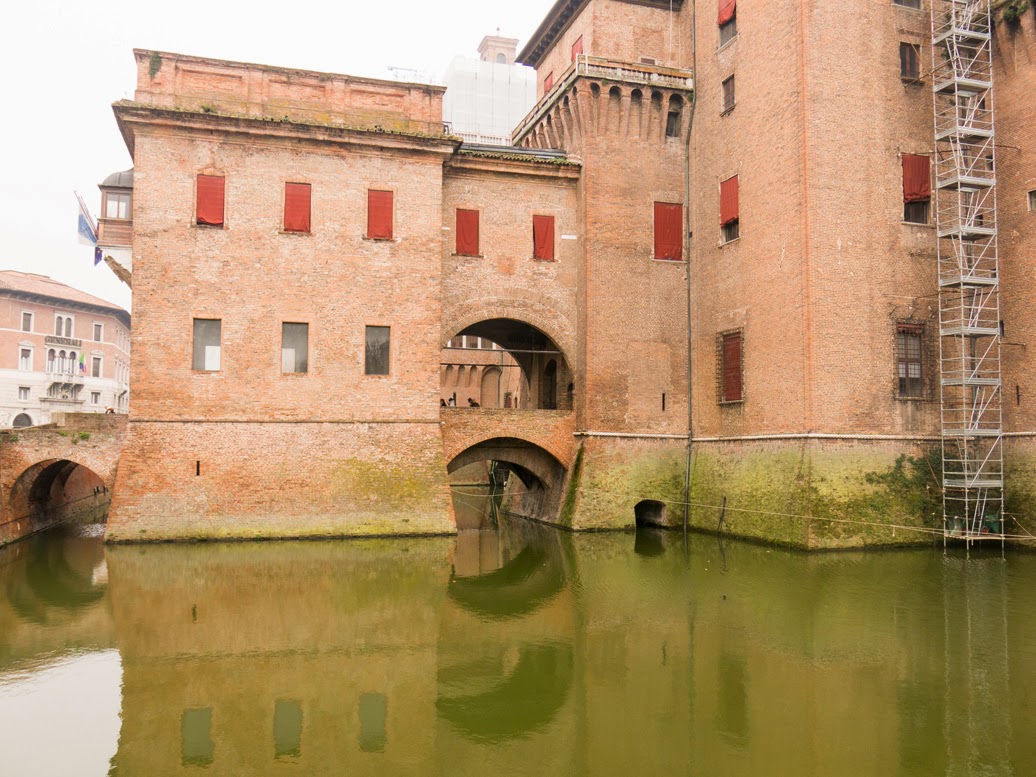 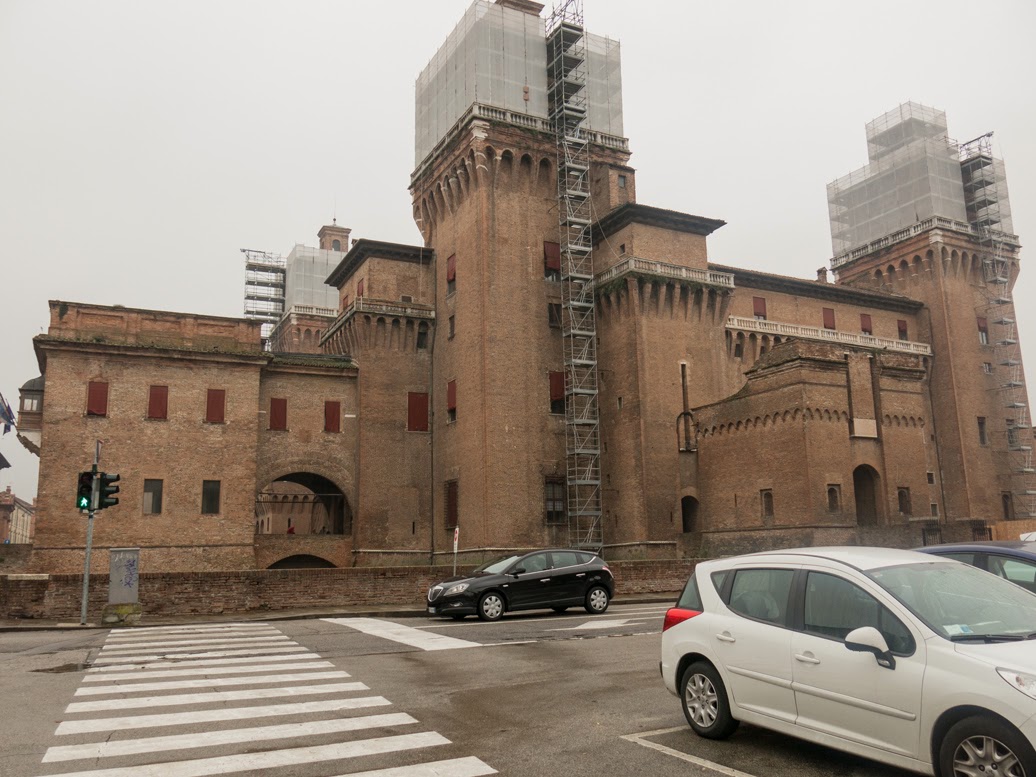 There were two operating draw bridges over the moat. 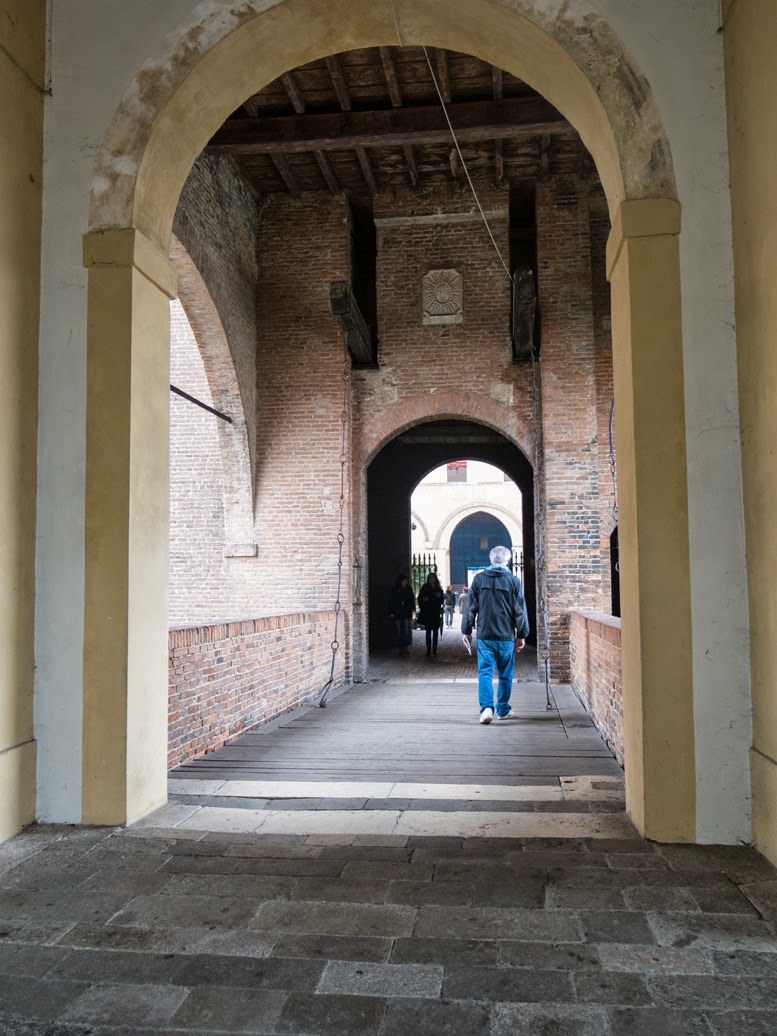 There are costumed people in the center court obviously there to add to the experience and provide photo op's. 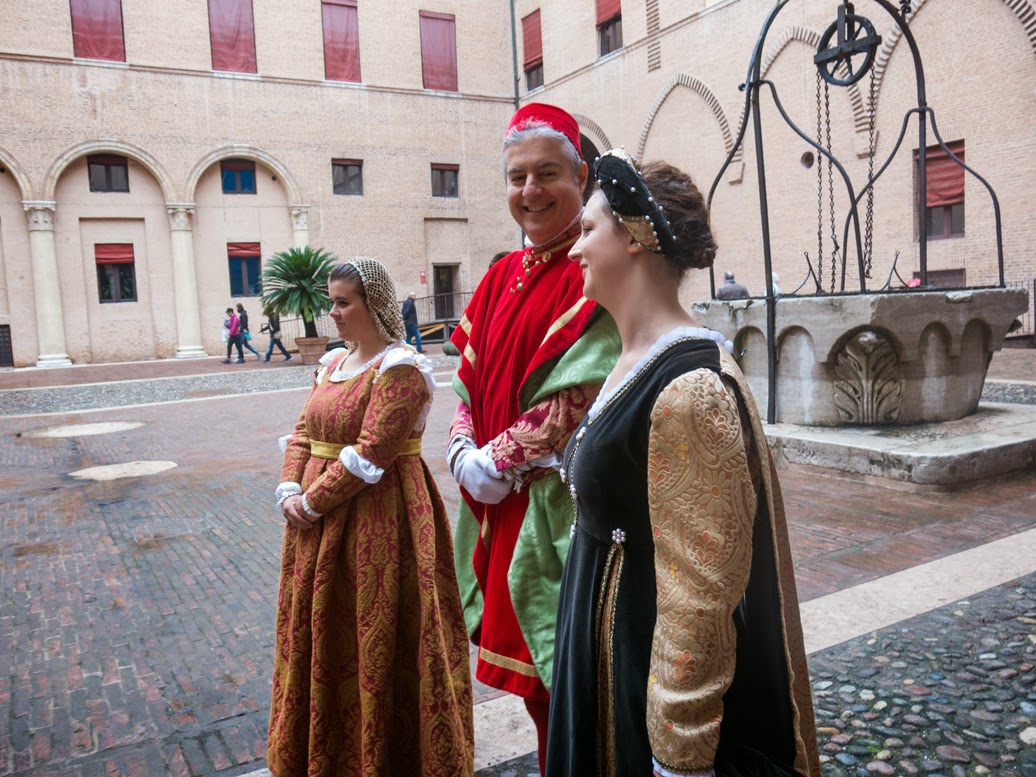 How did RJ get in this picture? 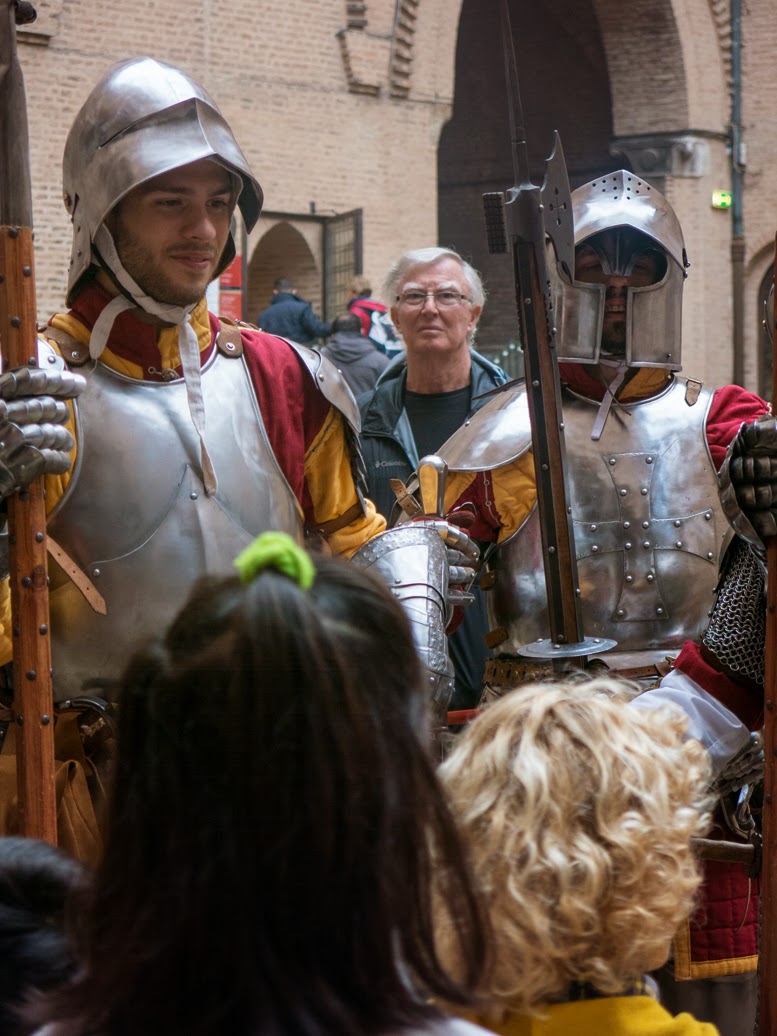 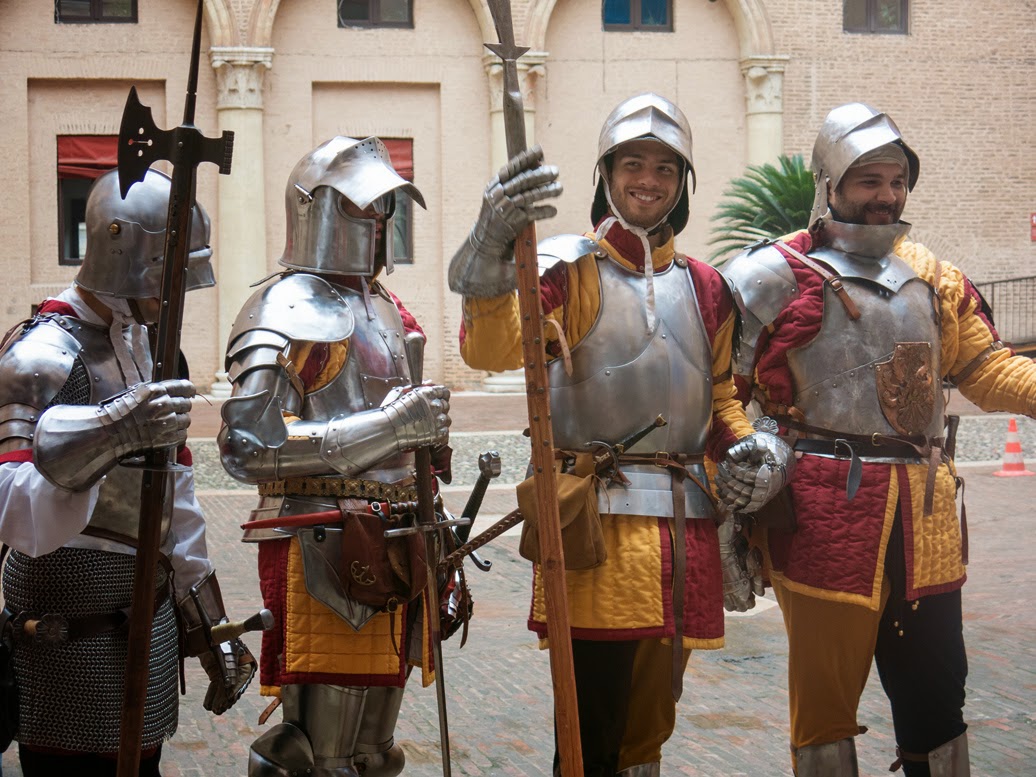 Across the Piazza from our outdoor lunch spot - fortunately our outdoor table was under an awning. 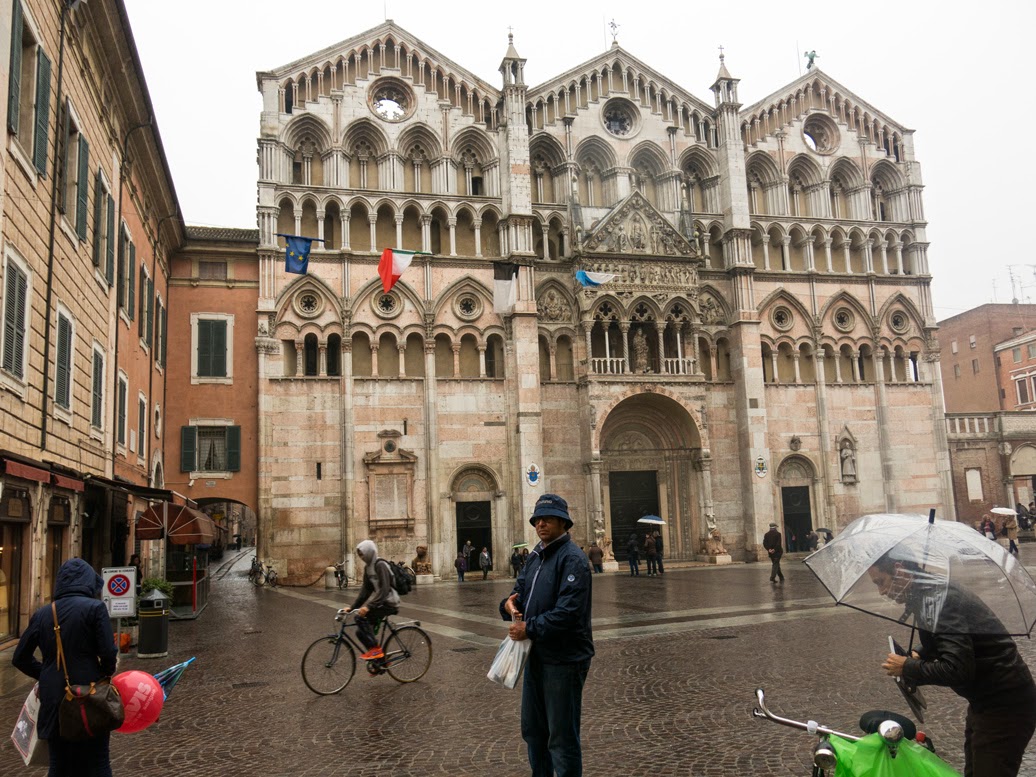 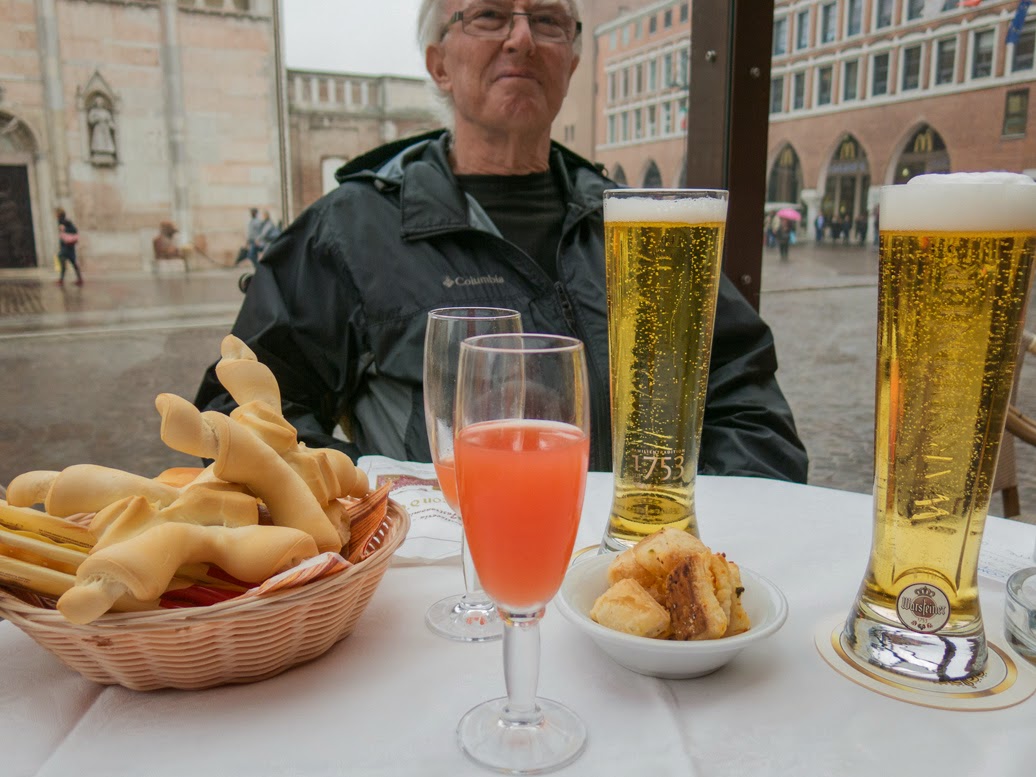 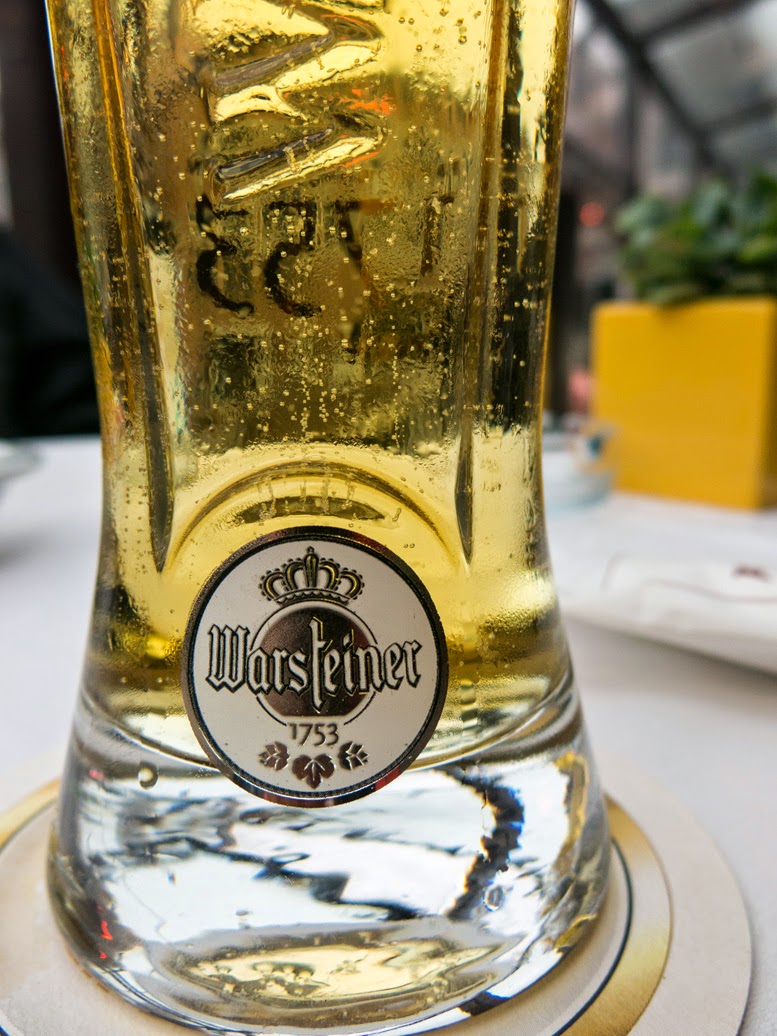 This is the speciality of Ferrara - Pumpkin Cappella with butter and sage - Delicious! 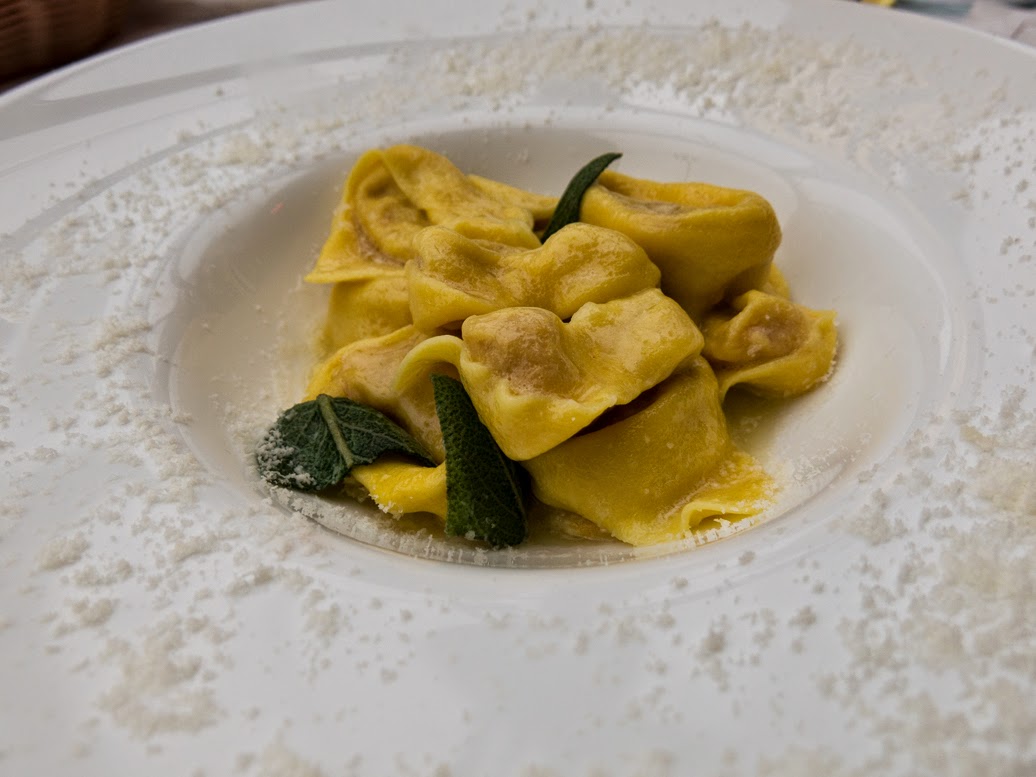 Random pictures as we walk around. 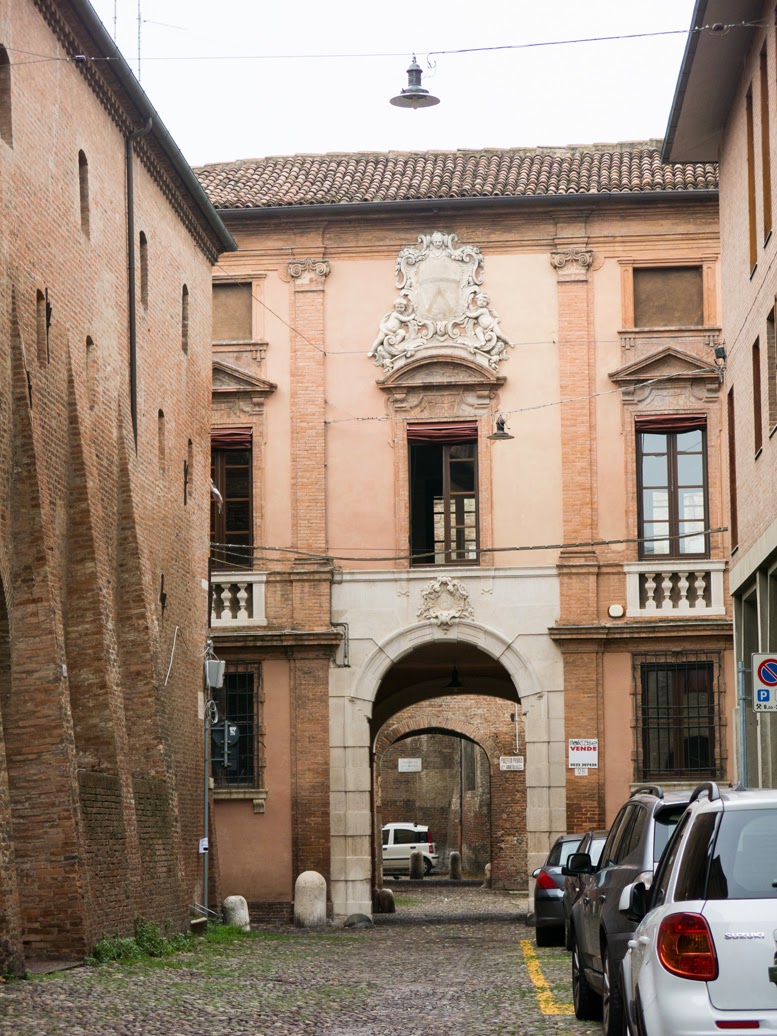 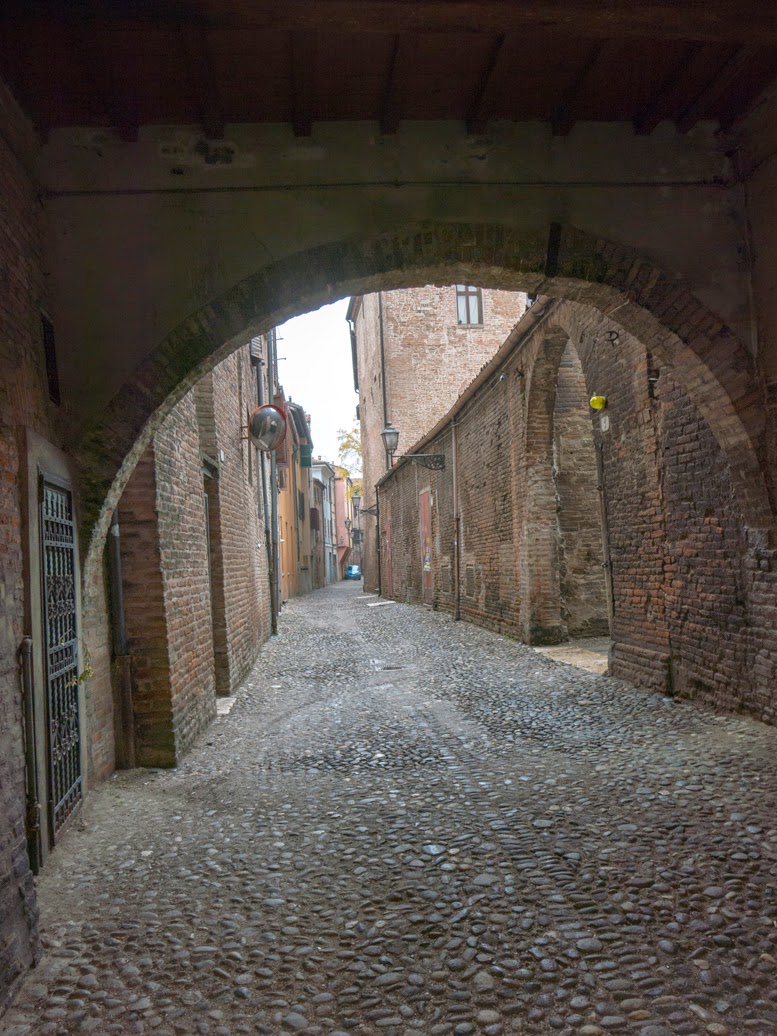 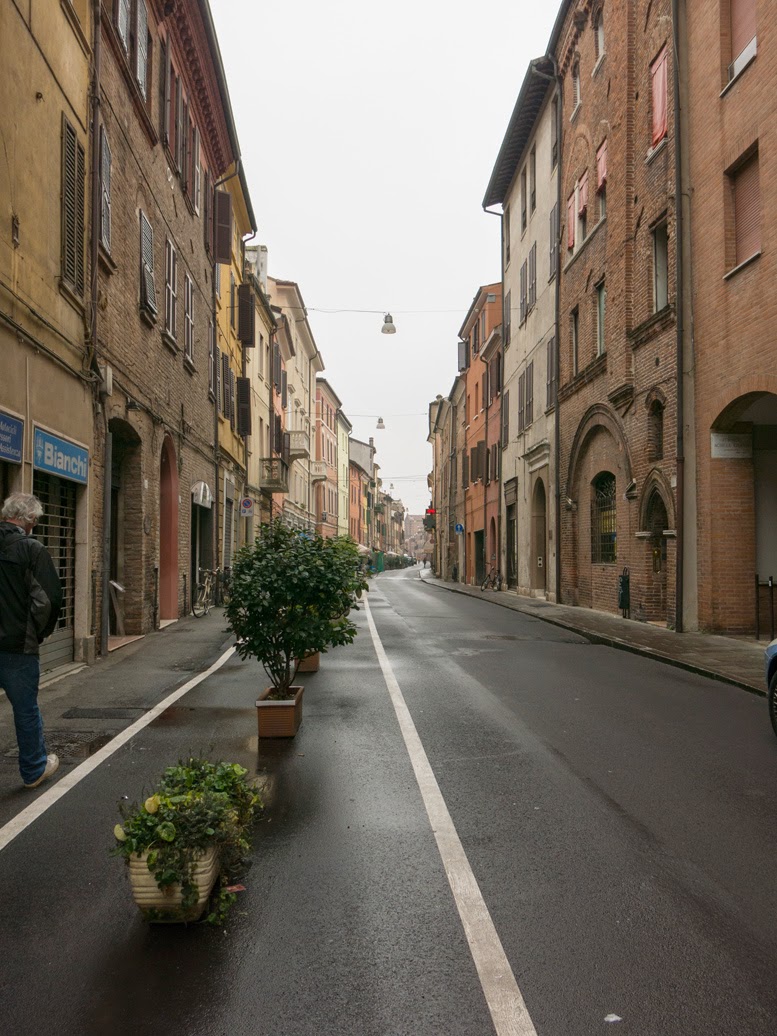 I had read about this picturesque street (alley) so of course it was a priority for me.    Via Delle Volte is the name if you ever visit this fun city. 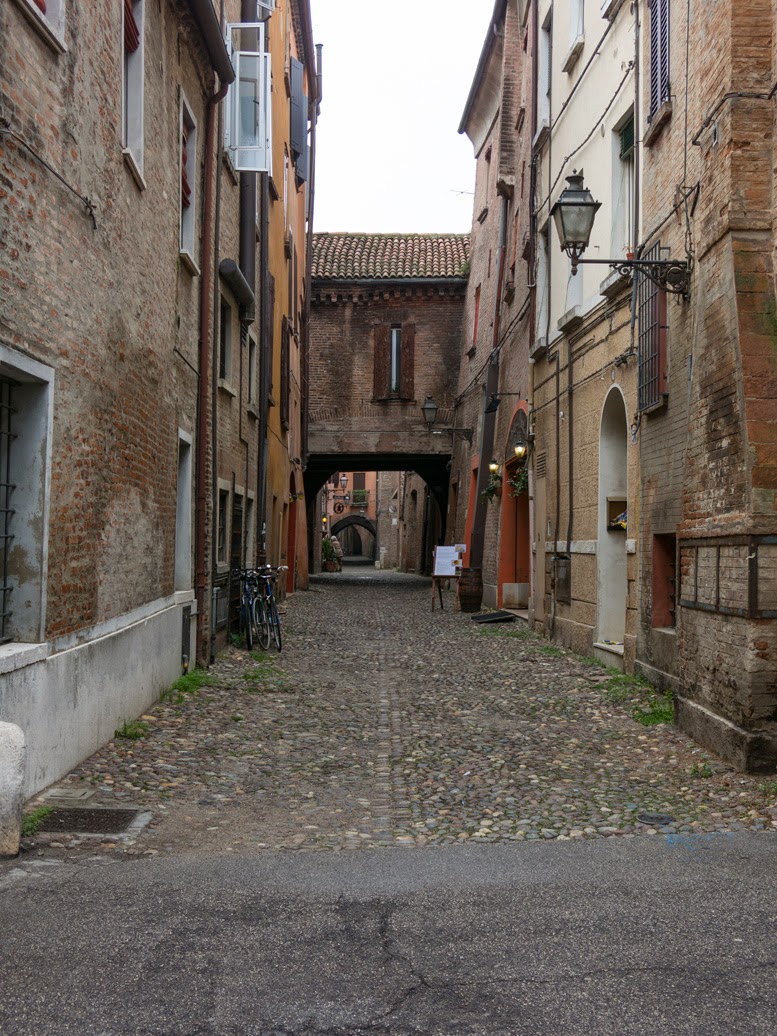 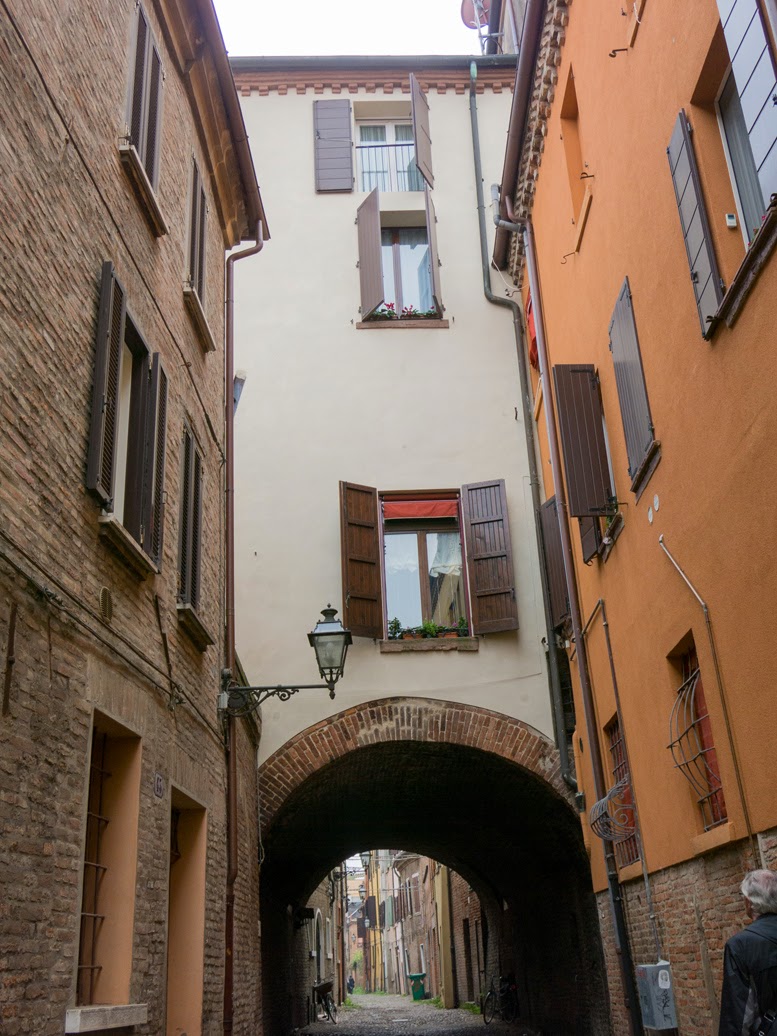 There was a photographer with this costumed woman. 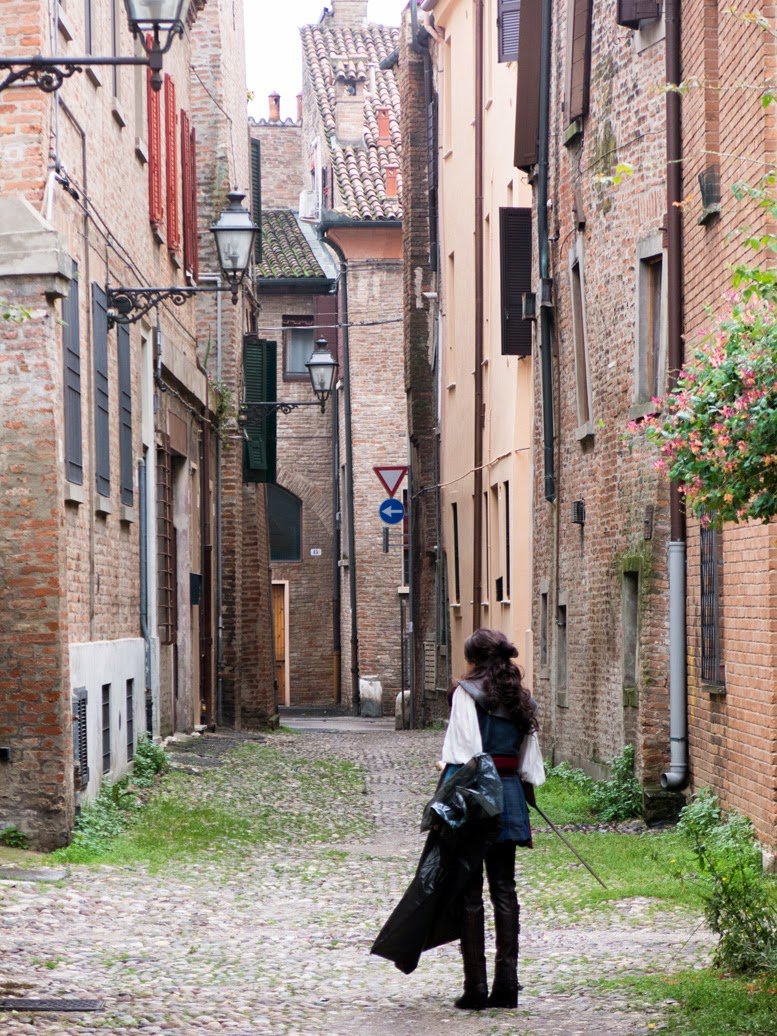 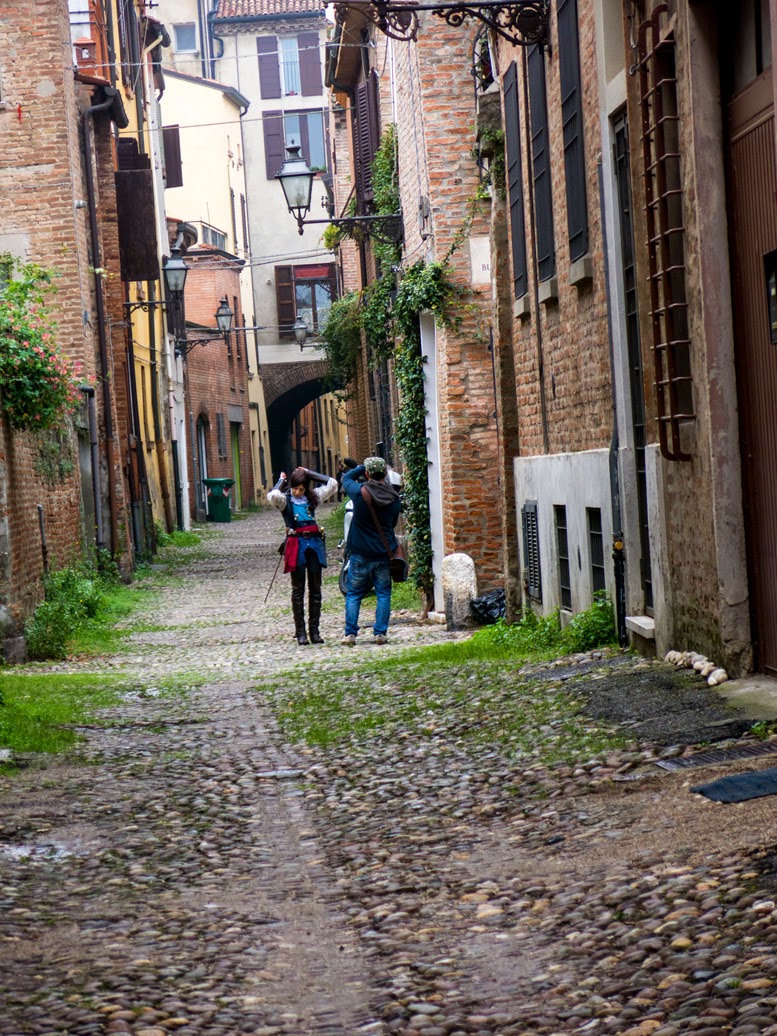 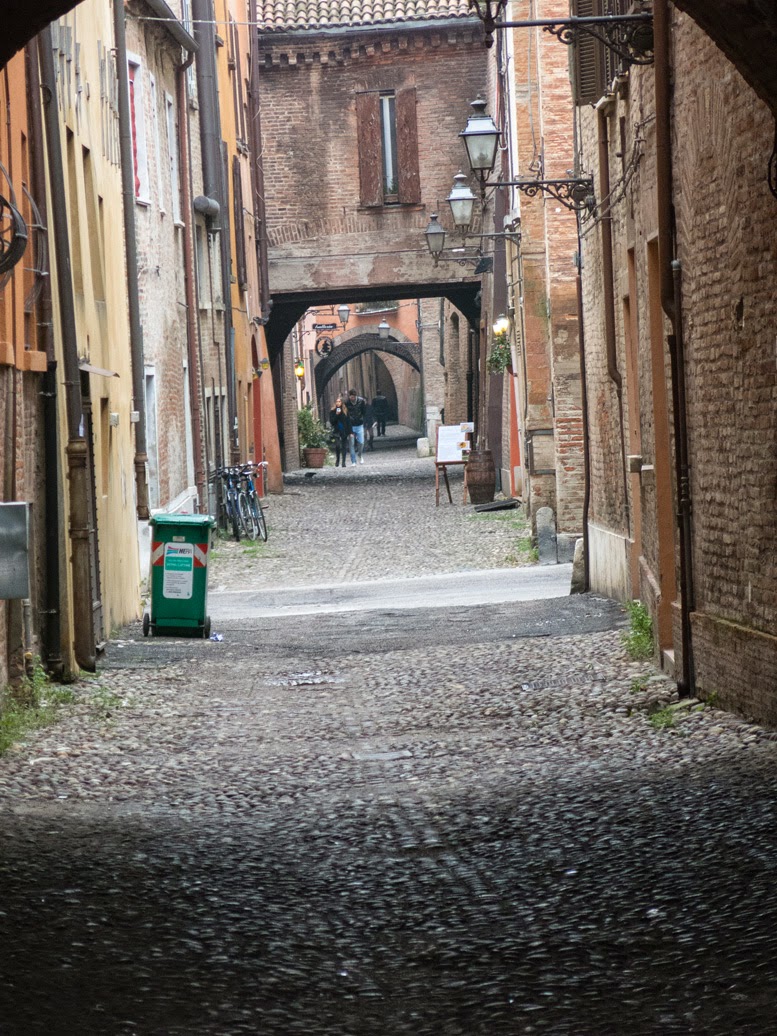 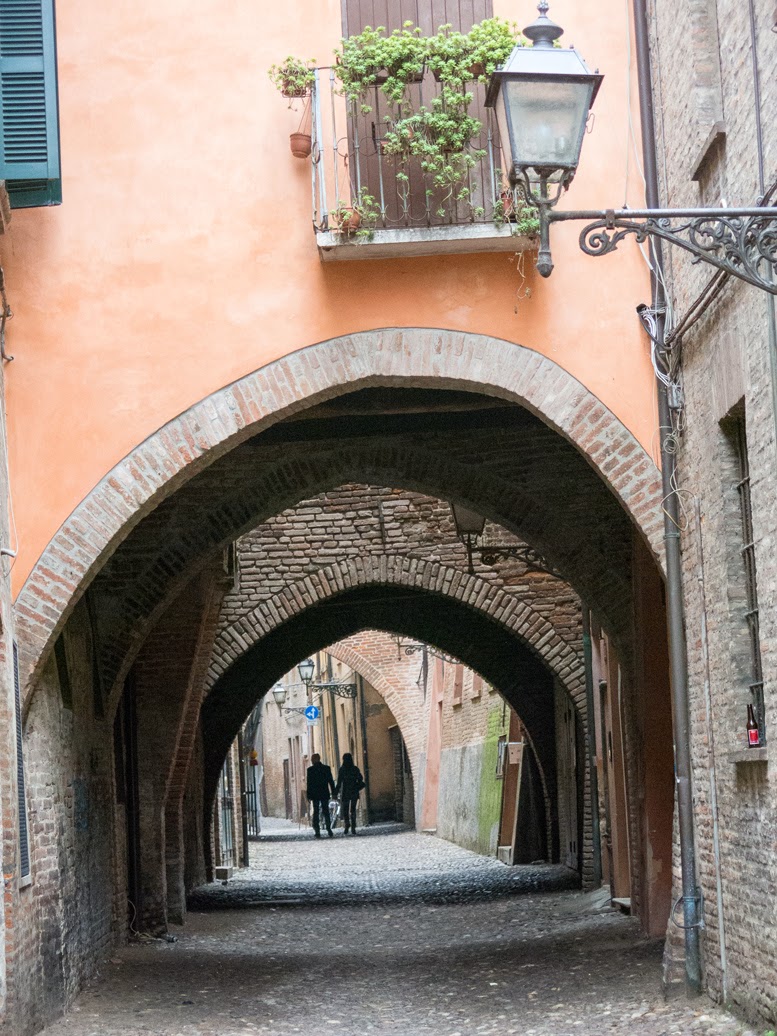 Spina was an Etruscan port city, established by the end of the 6th century BC, on the Adriatic at the ancient mouth of the Po, south of the lagoon which would become the site of Venice. The site of Spina was lost until modern times, when drainage schemes in the delta of the Po River in 1922 first officially revealed a necropolis of Etruscan Spina.  The archaeological finds from the burials of Spina were discovered with the help of aerial photography.

It's an incredibile collection of Etruscan exhibits in the beautiful setting of a Renaissance Palace, - so much to see here, Renaissance frescos, fabulous Attic vases, gold and amber Etruscan jewelery. 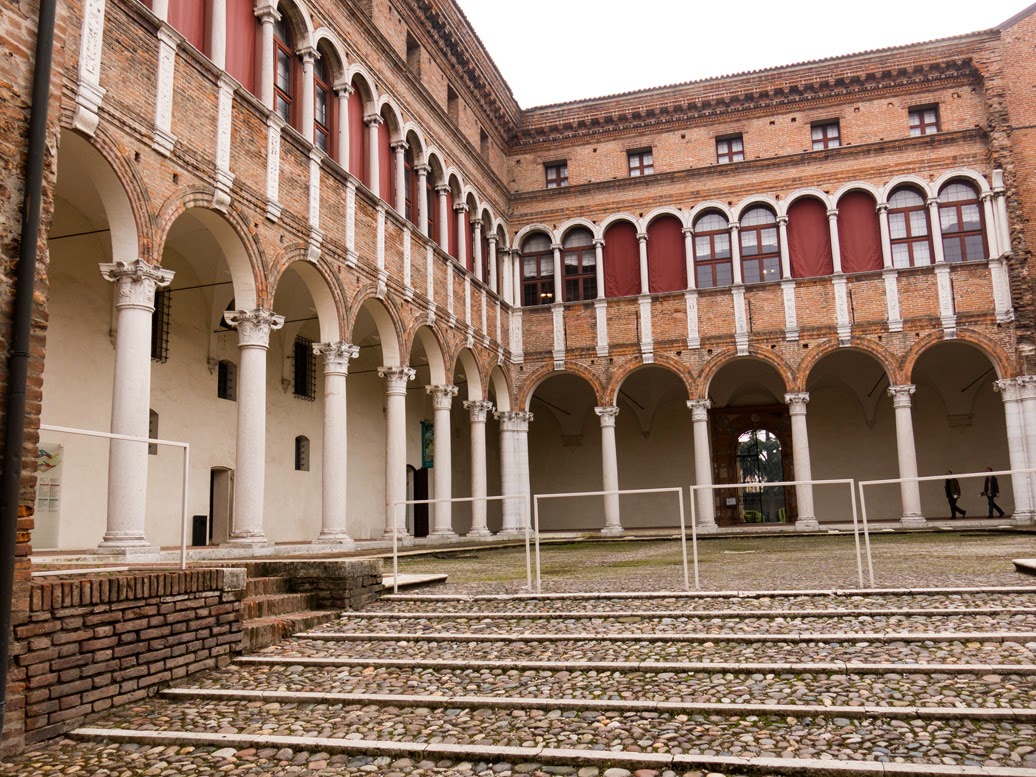 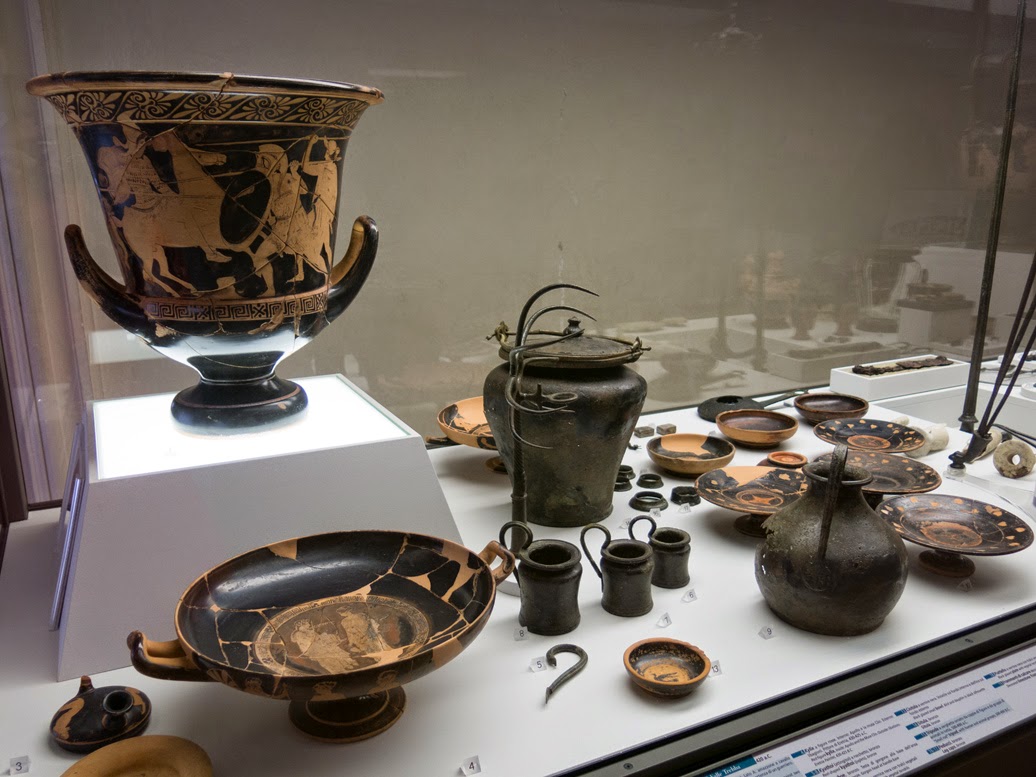 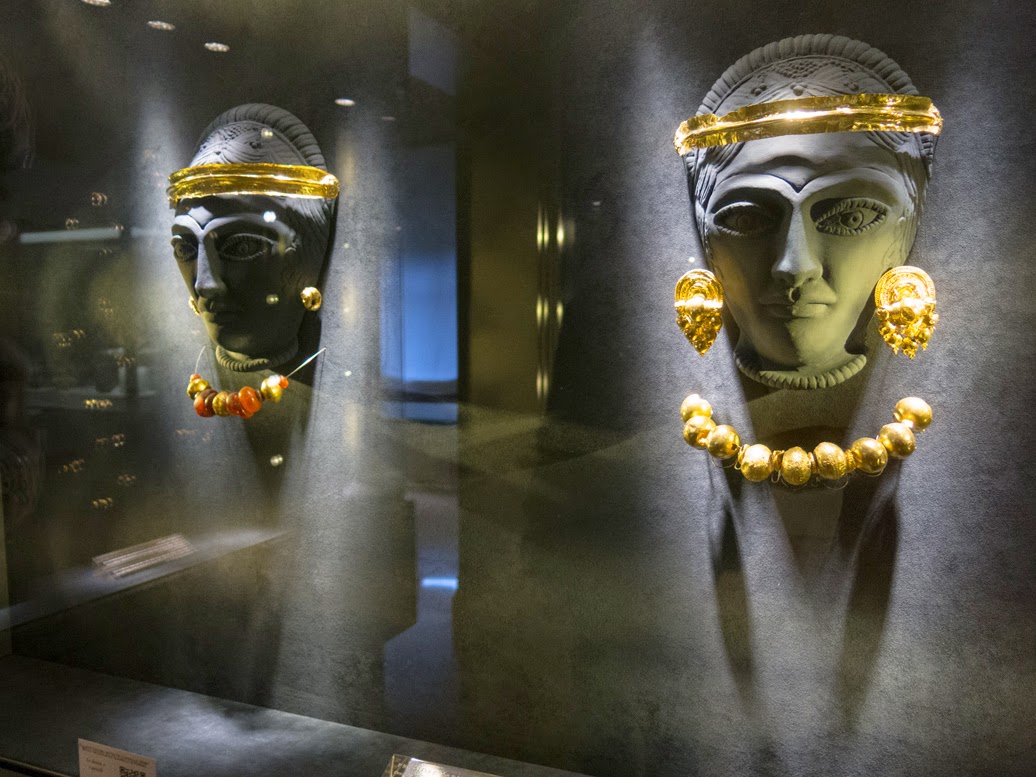 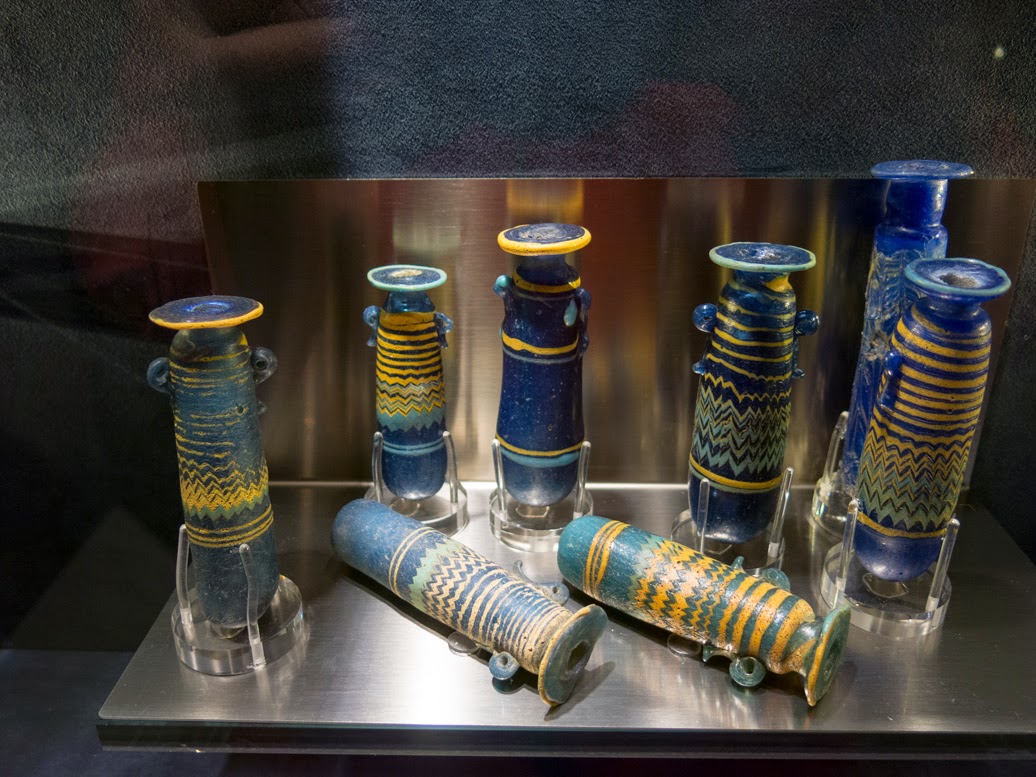 This is a prehistoric boat 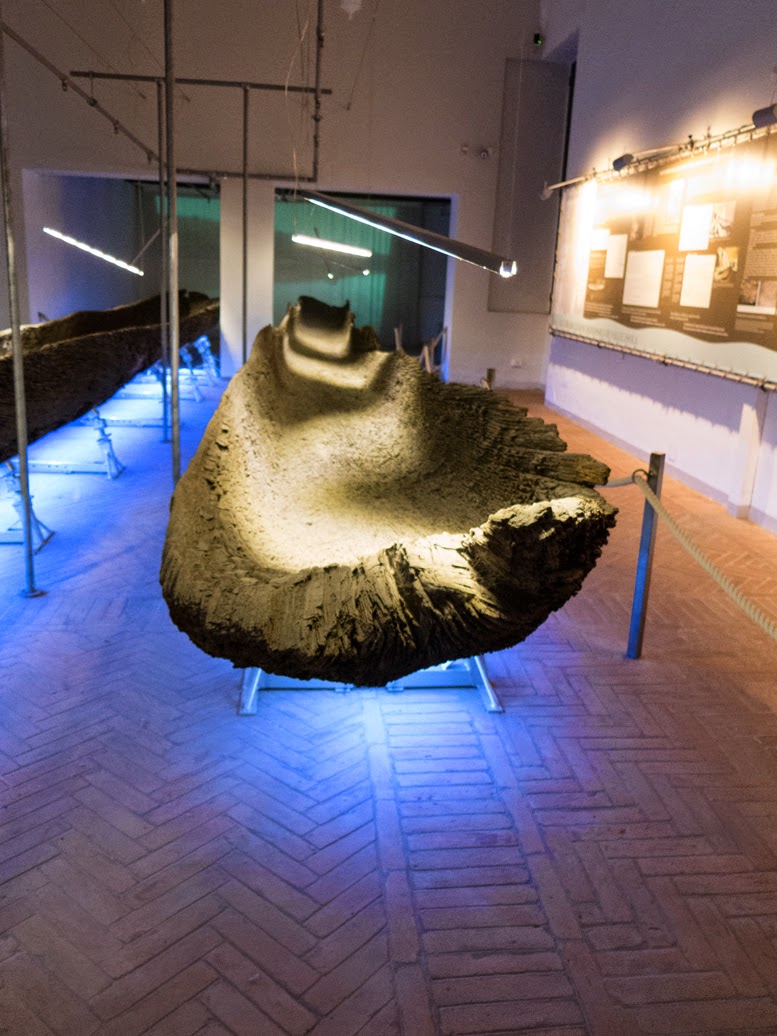 From a distance we saw this leaning church tower.    Unfortunately I didn't think to take a picture, but we did walk a few blocks to check it out.    See the wires in the picture - these are used to keep it from leaning further. 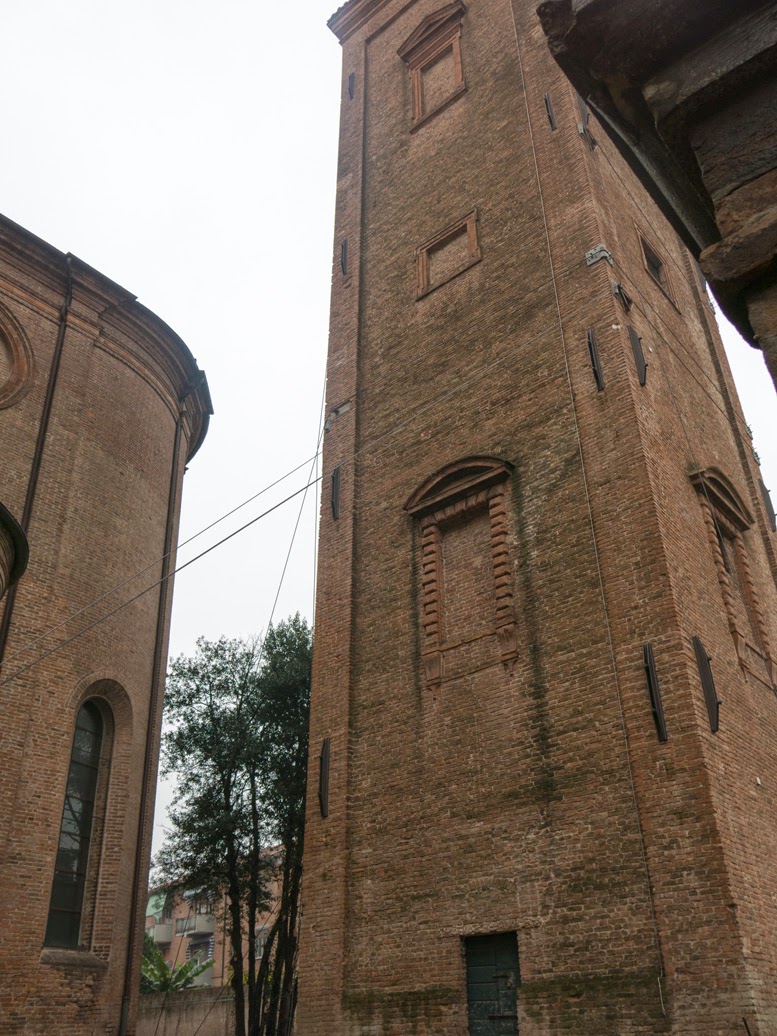 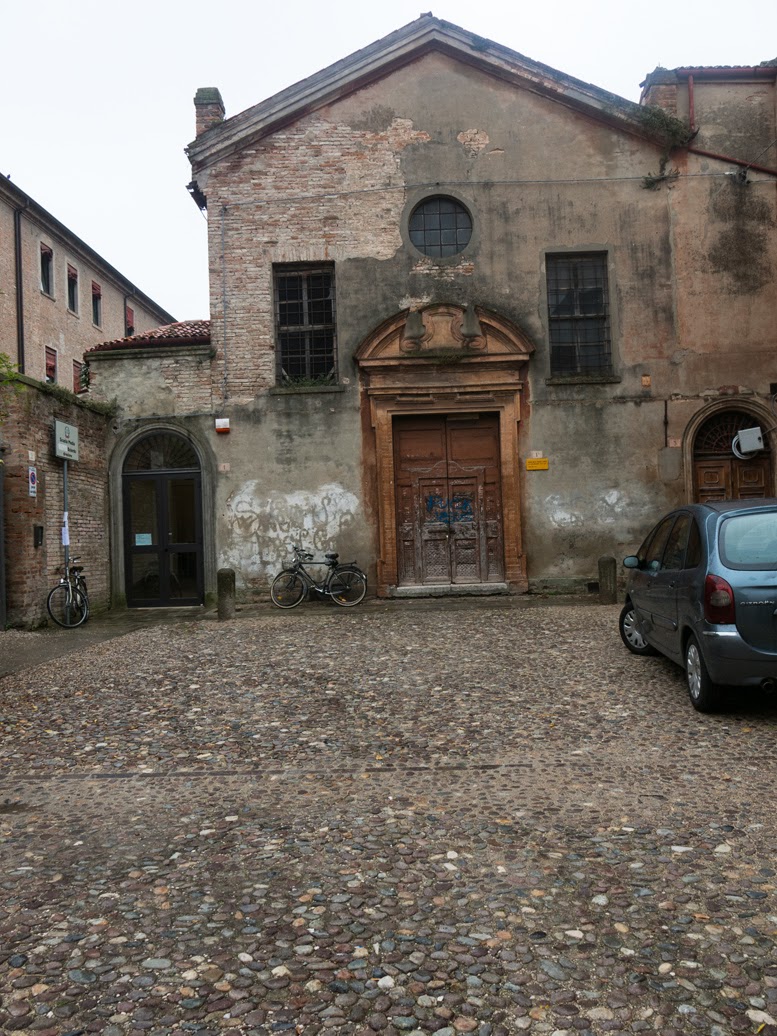 I'm not sure the picture on the restaurant door would make me want to come in and eat more pizza.... 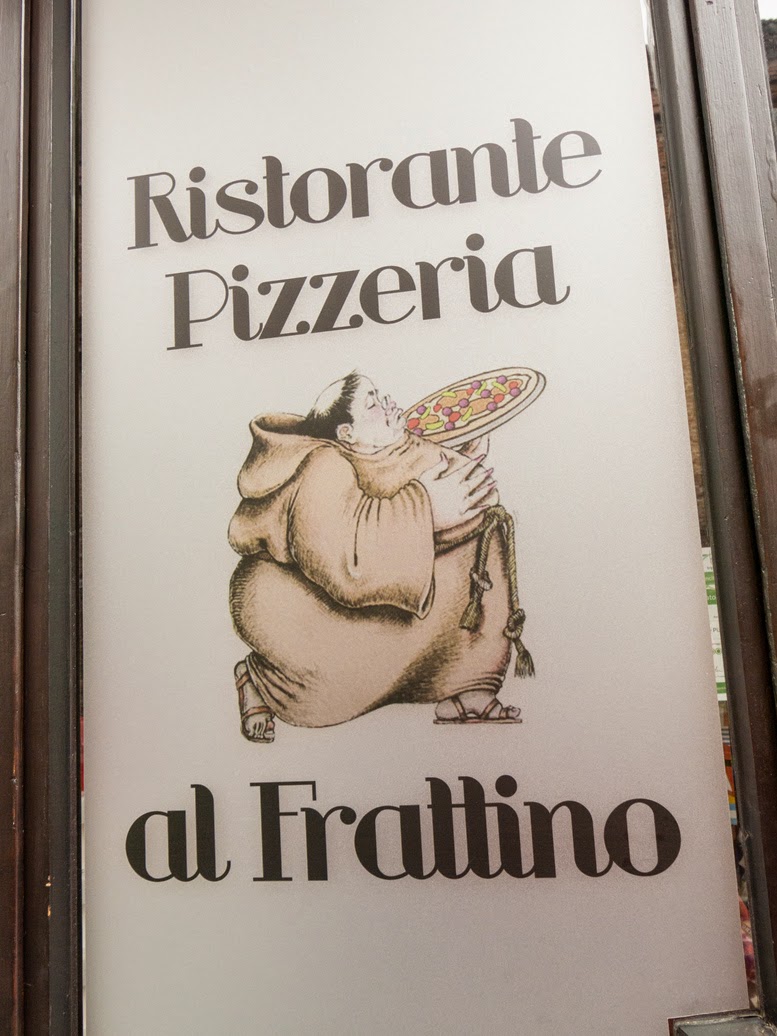 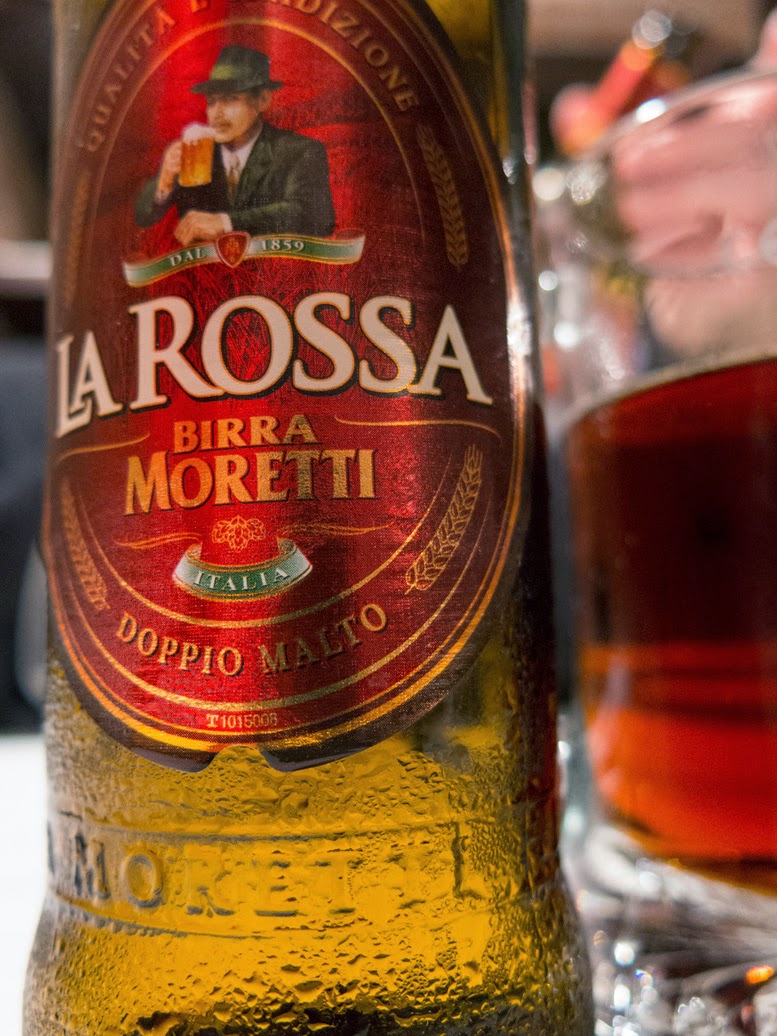 Time to catch the train back to Bologna.....


Posted by Our Retirement Journey at 9:44 PM