Today we walked across the Charles Bridge.     It was constructed in the 1350's and has many Baroque statues along it.    Of course, there are the street vendors to entertain you and hawk their wares.

The route to the castle is called the "King's Walk" because it was the route a new King would take after his coronation at St Vitus Cathedral through the town, across the Charles Bridge and into the Old Town Square.

This shot is at the end of the bridge and entering the city. 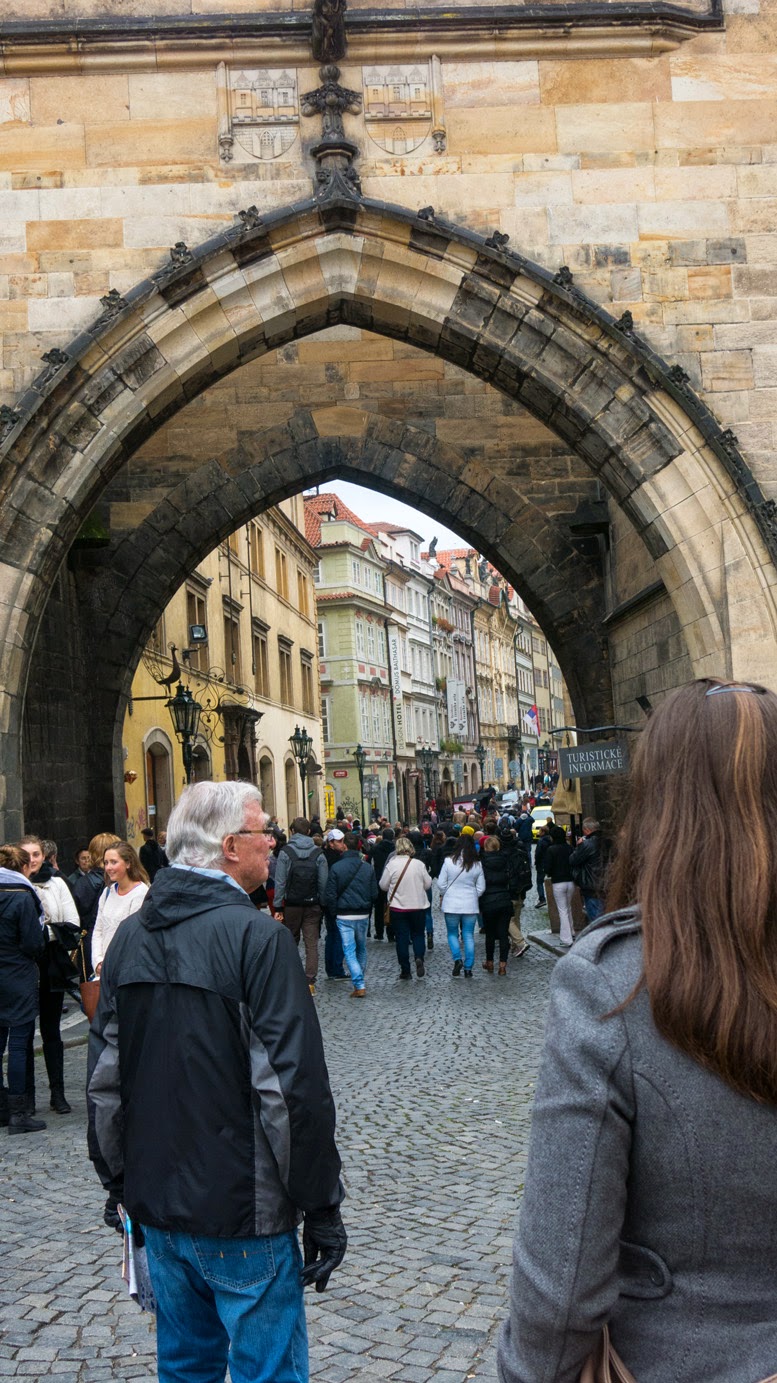 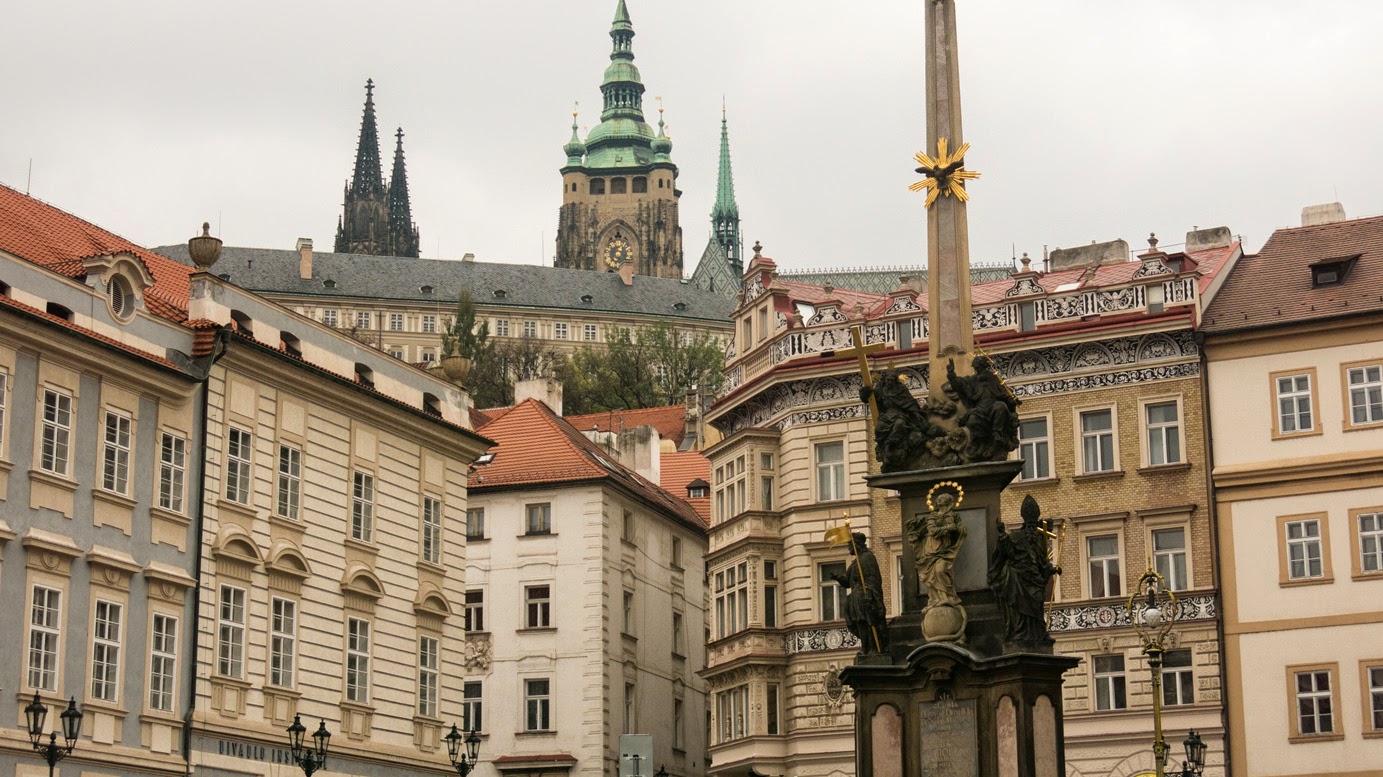 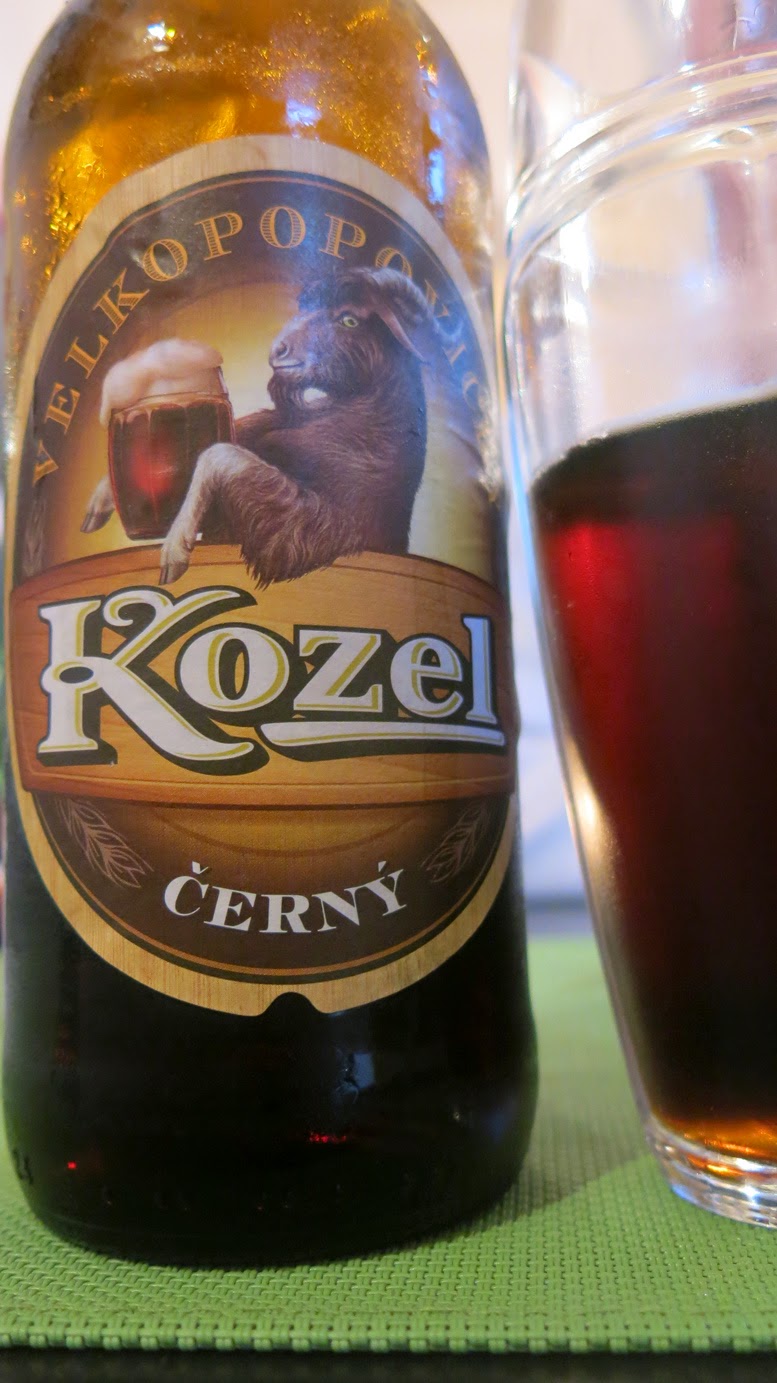 This is one of the statues on the bridge. 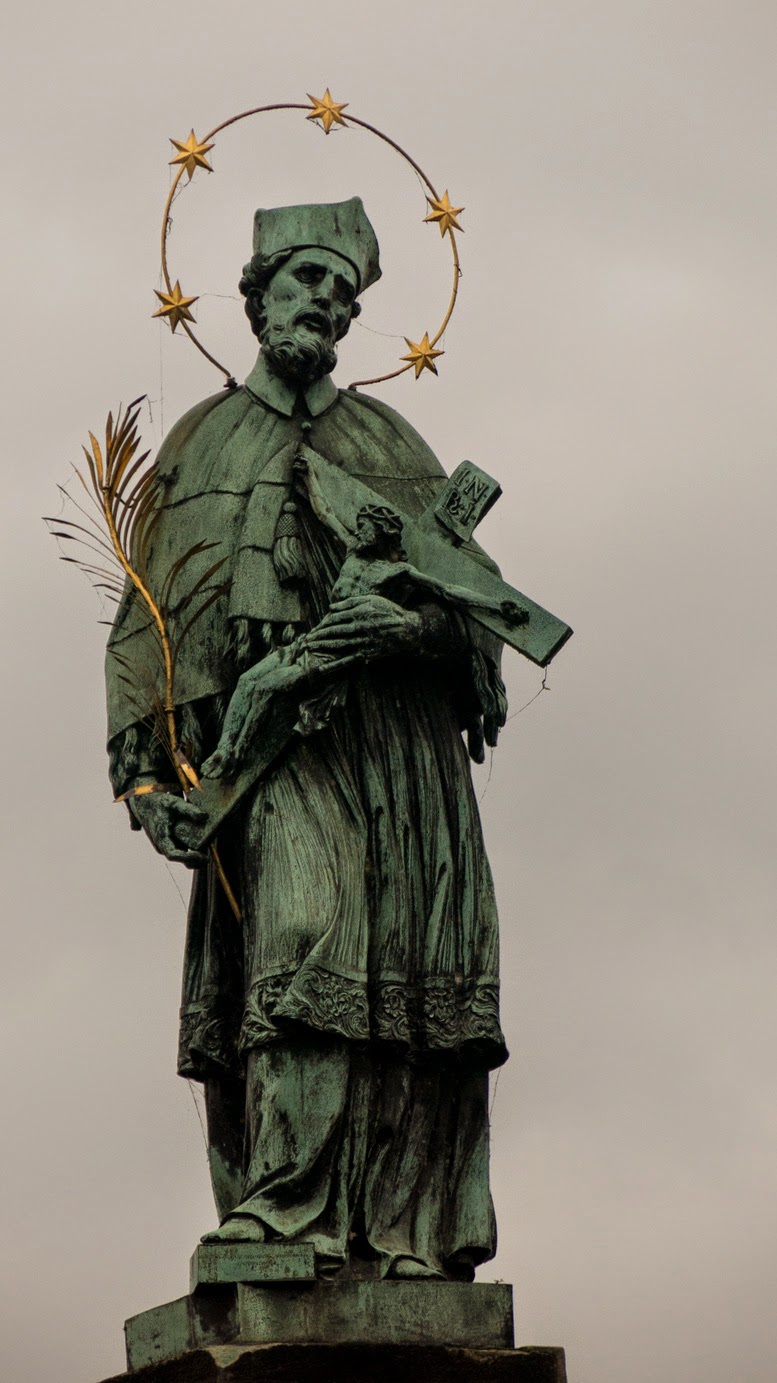 This view is looking across the river at the town, castle and cathedral. 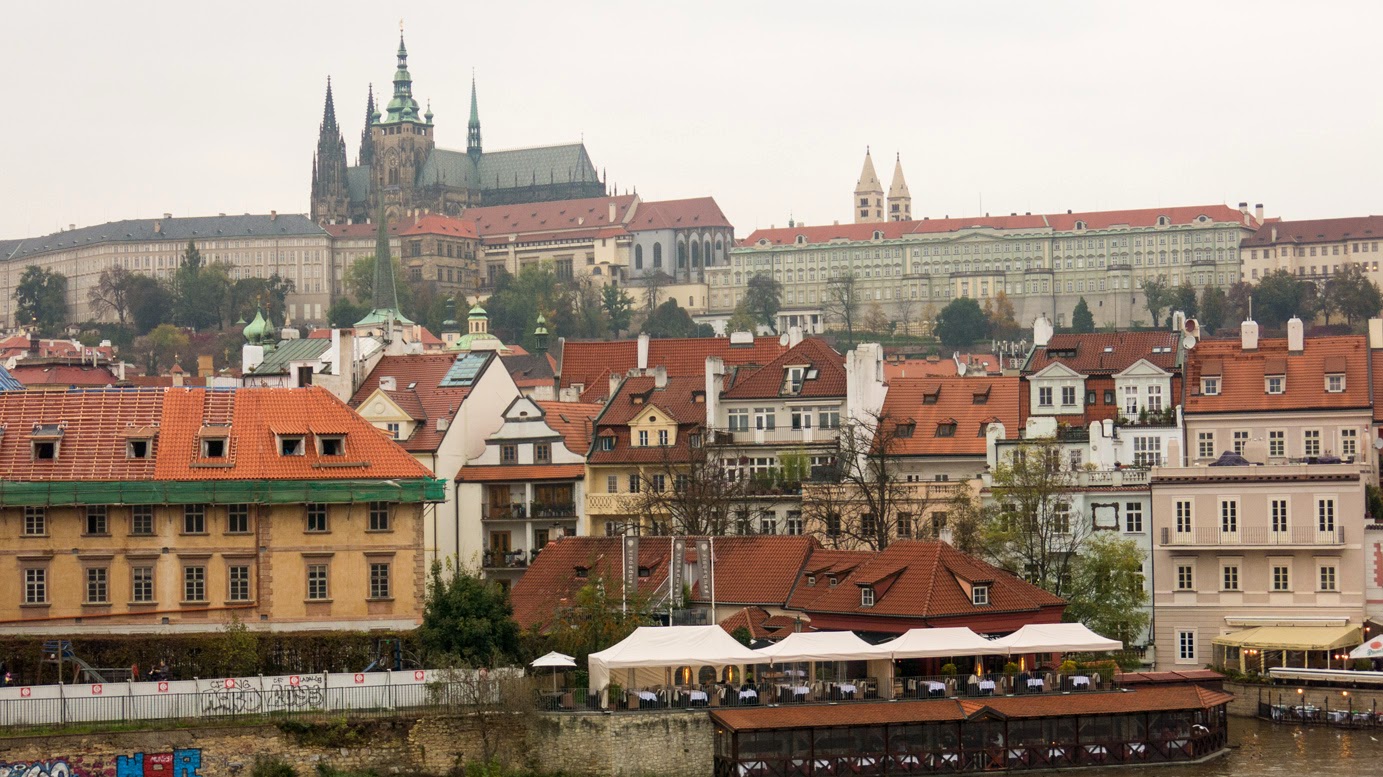 St. Nicholas Cathedral was a treasure trove of gold and beautiful paintings. 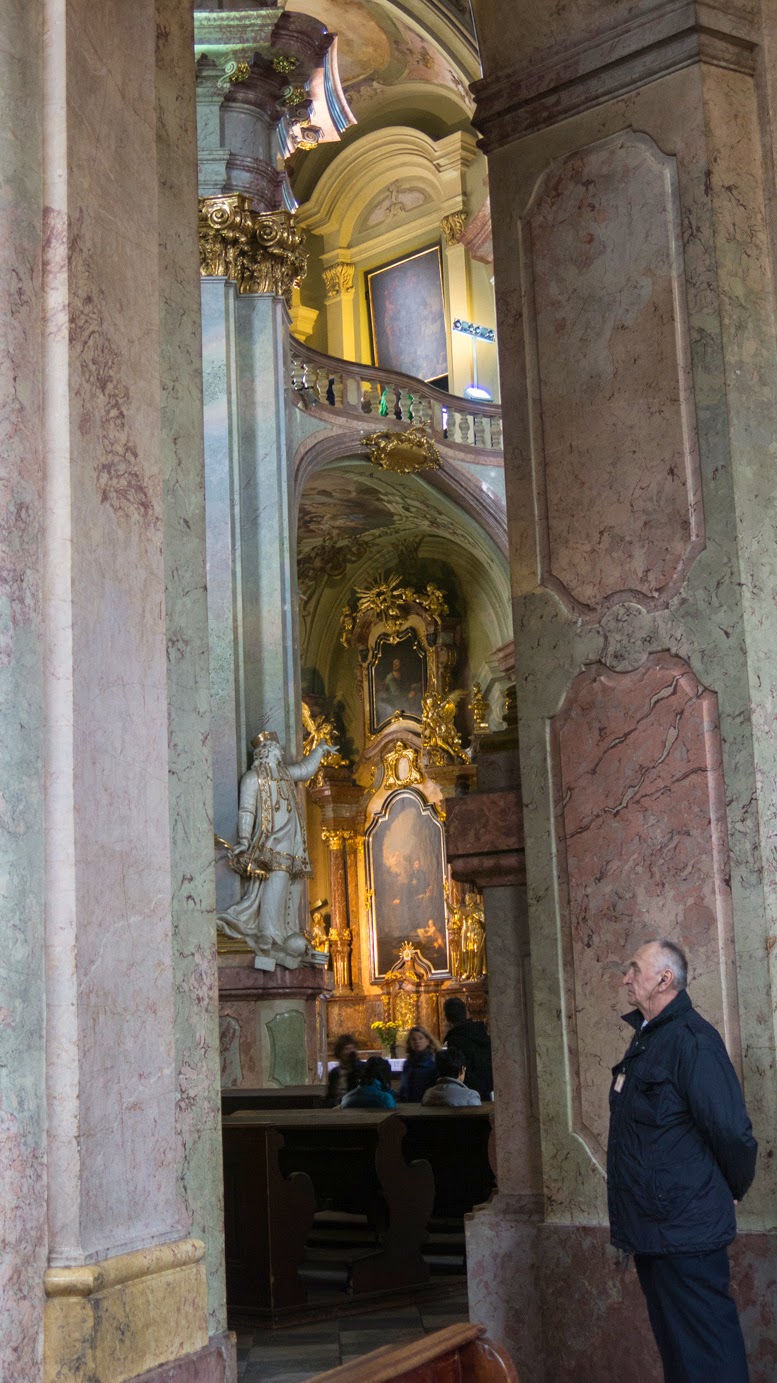 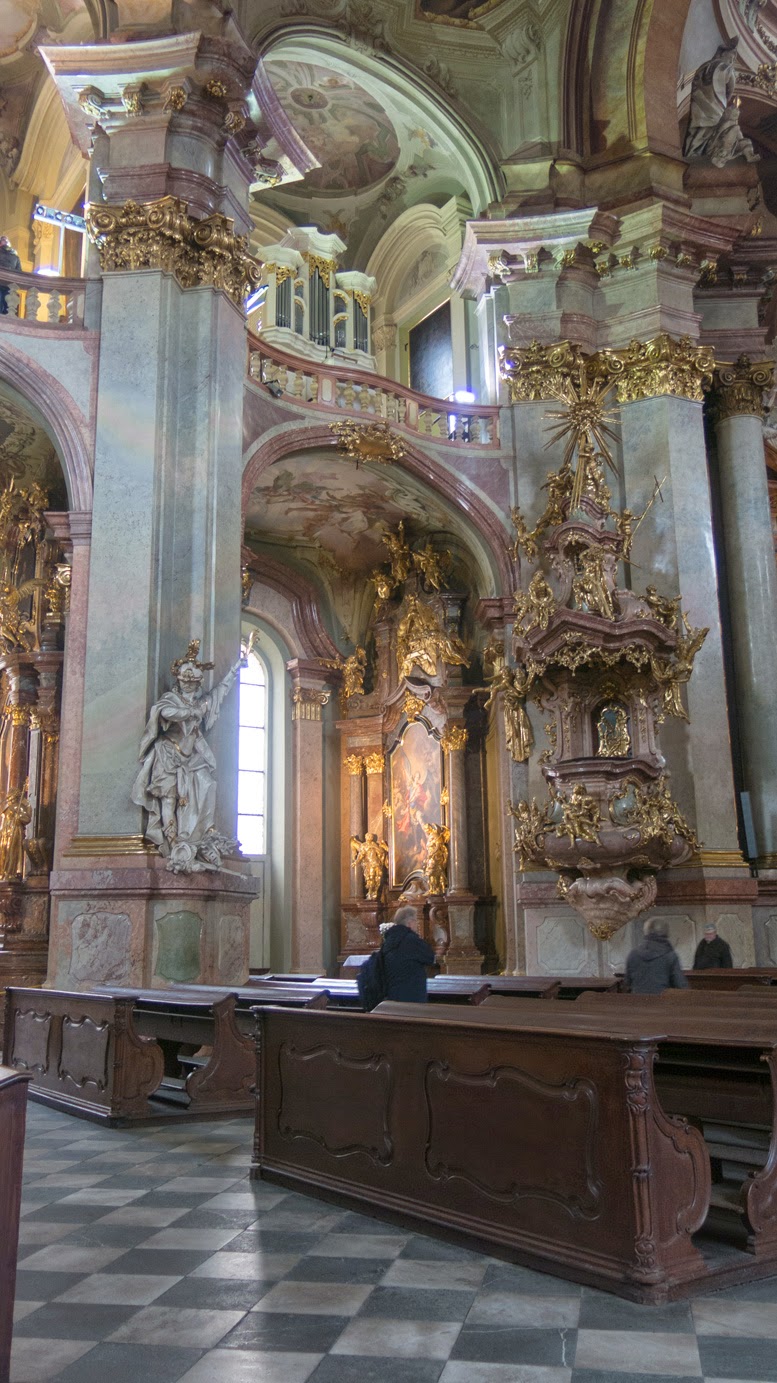 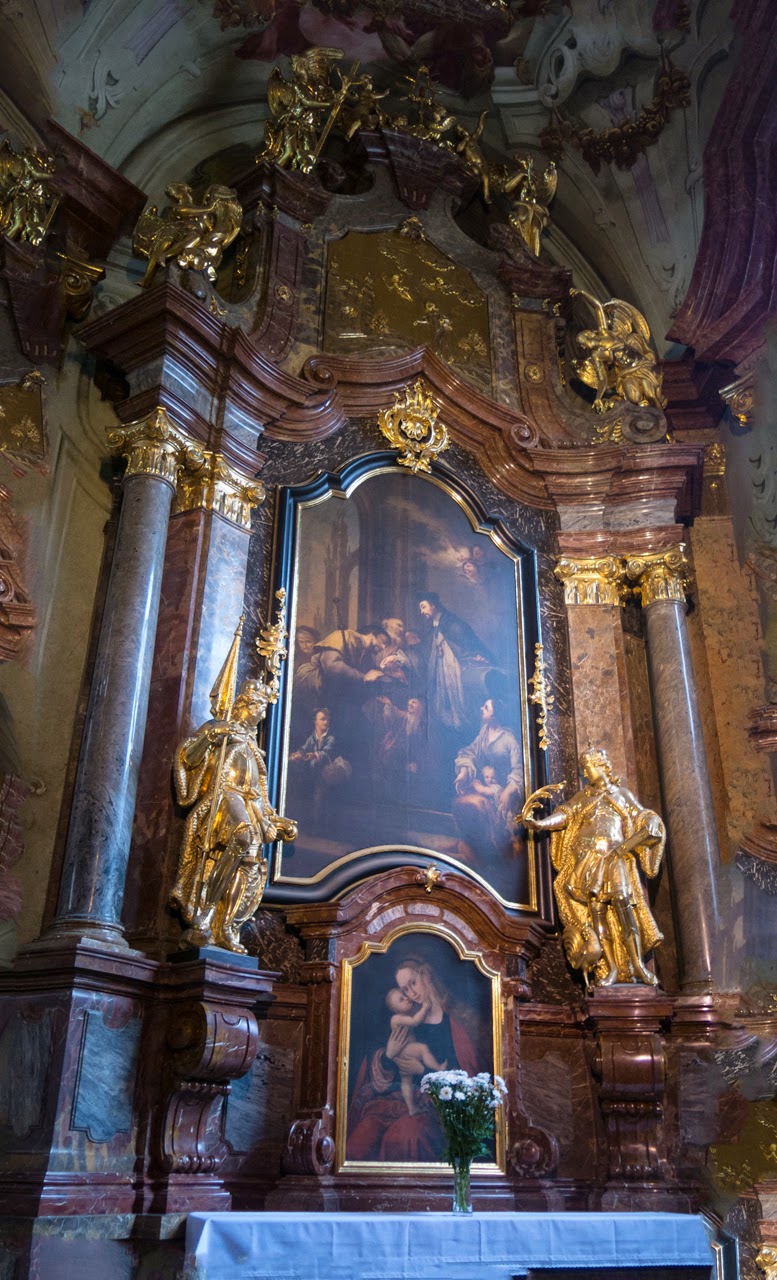 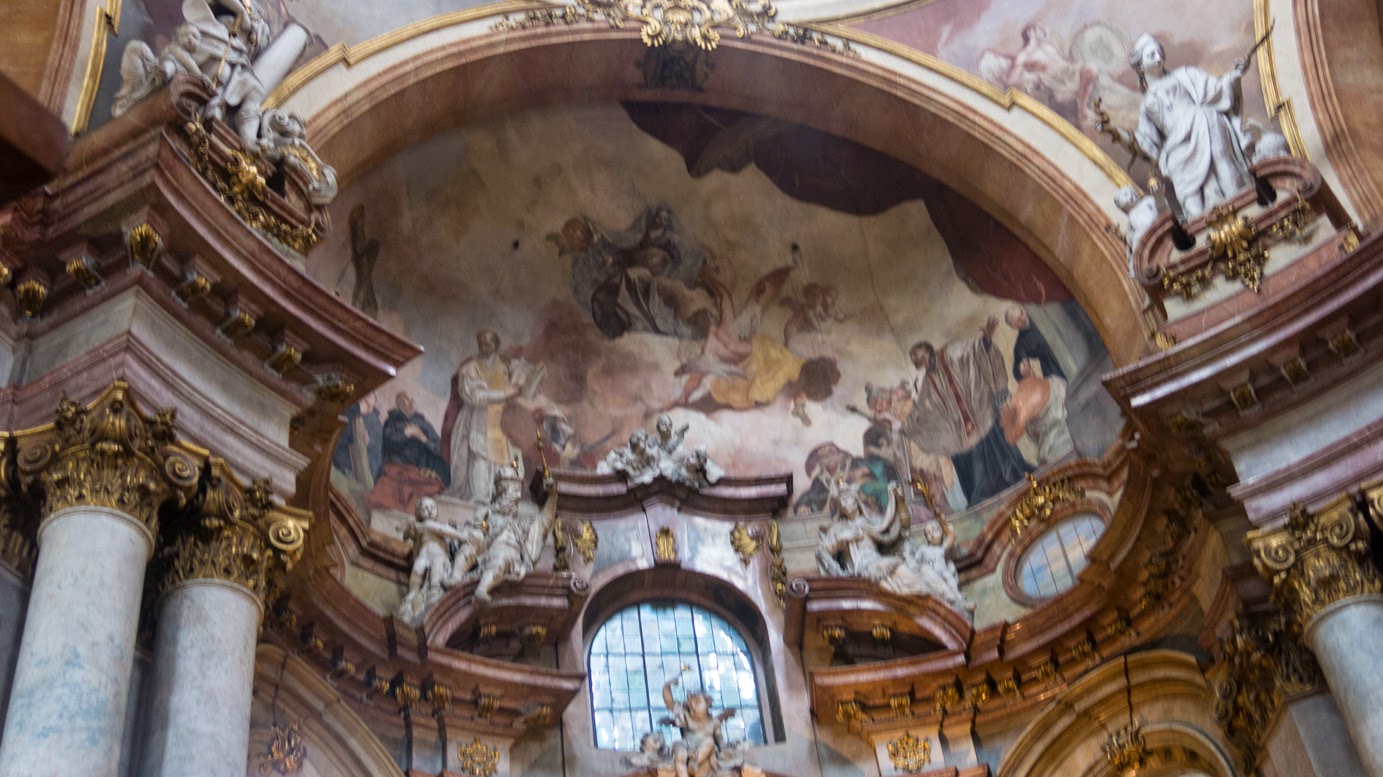 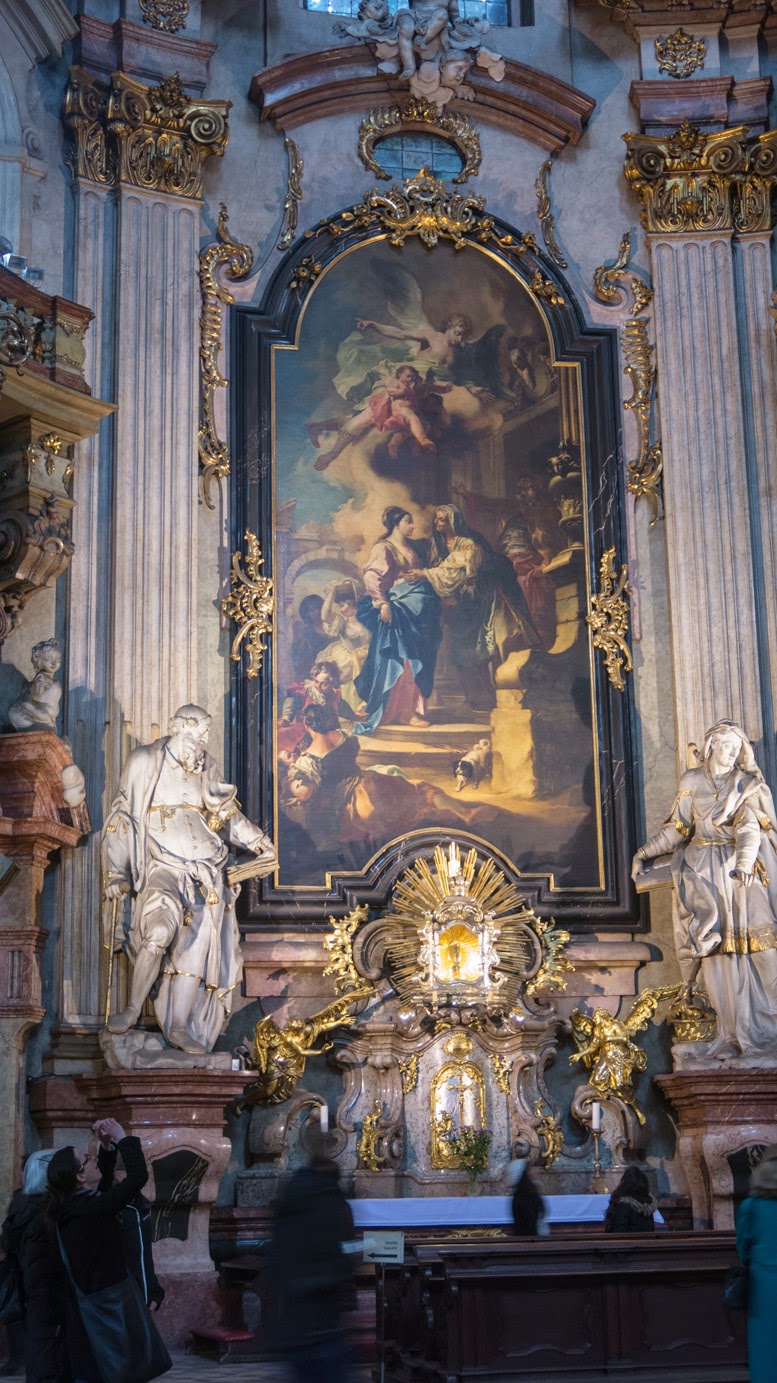 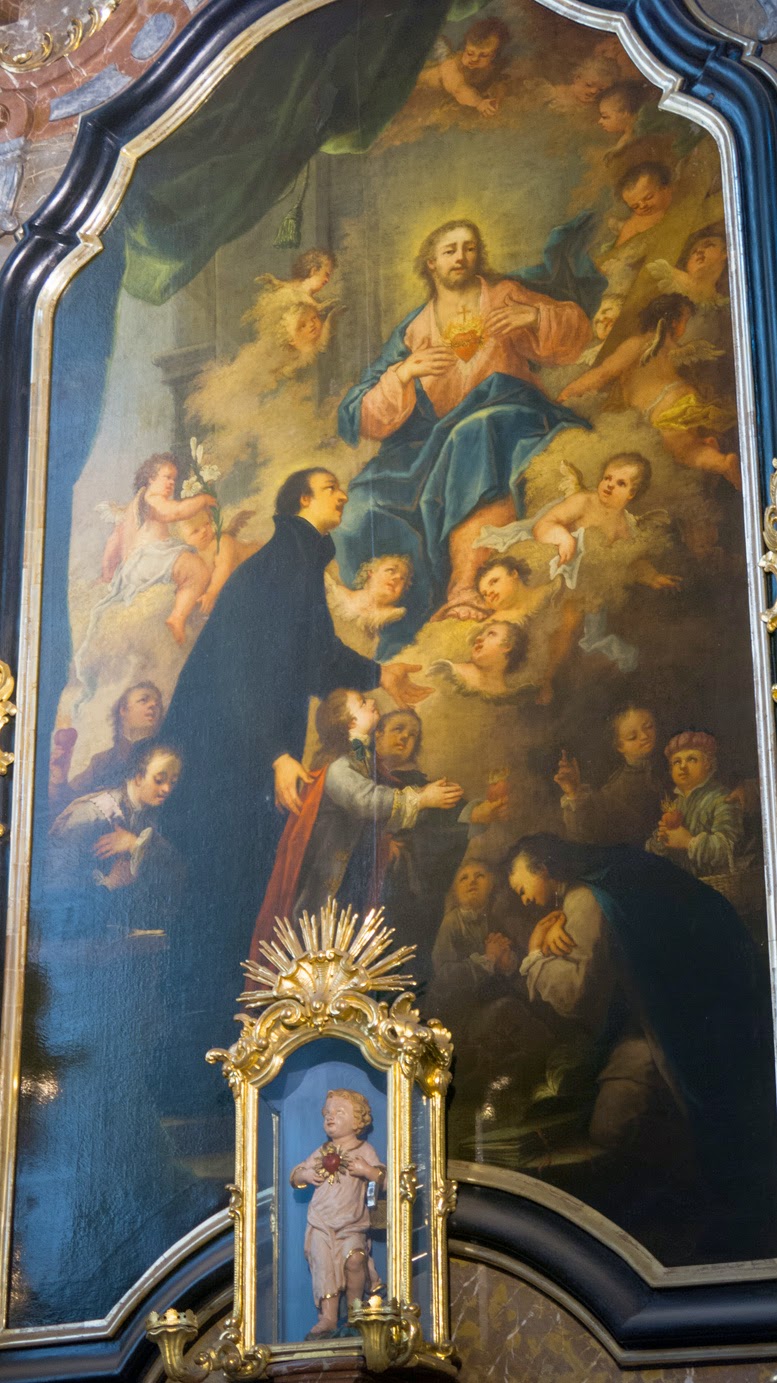 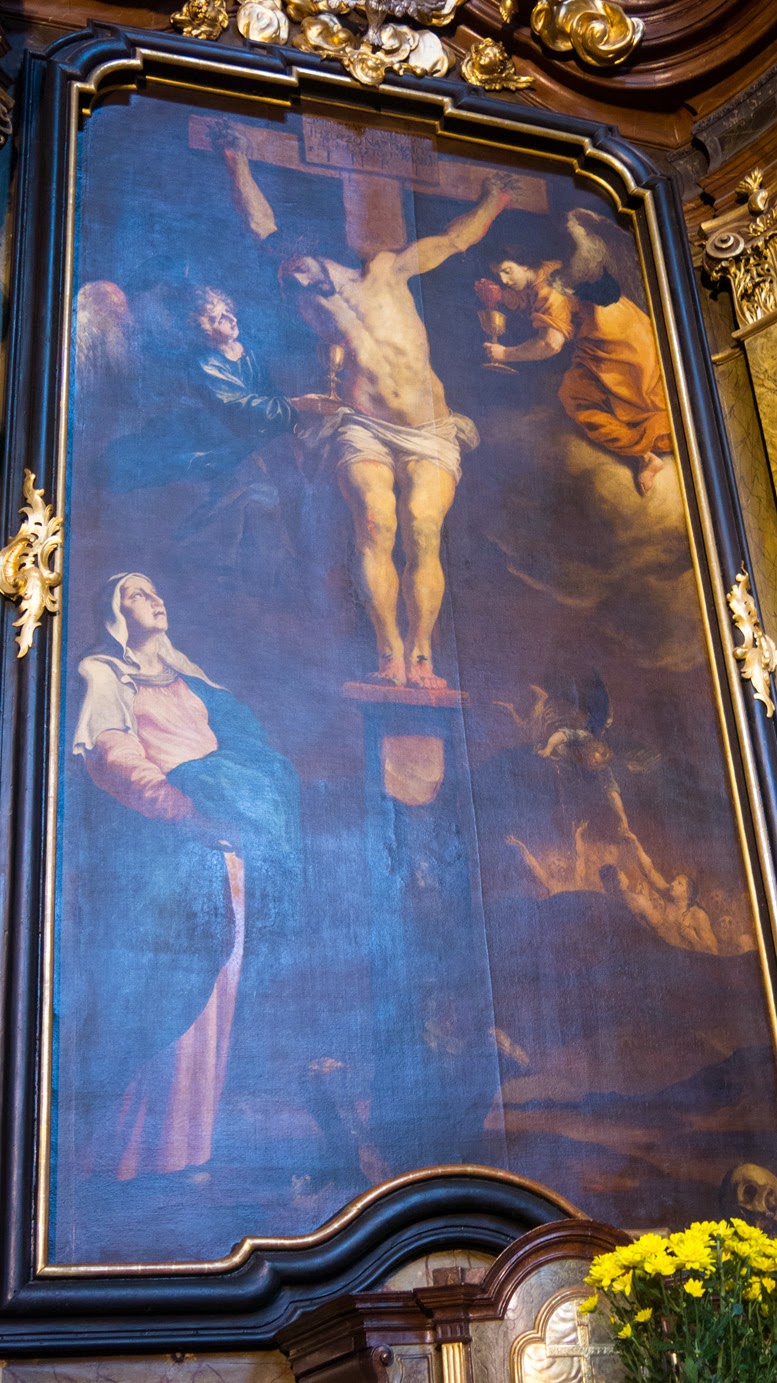 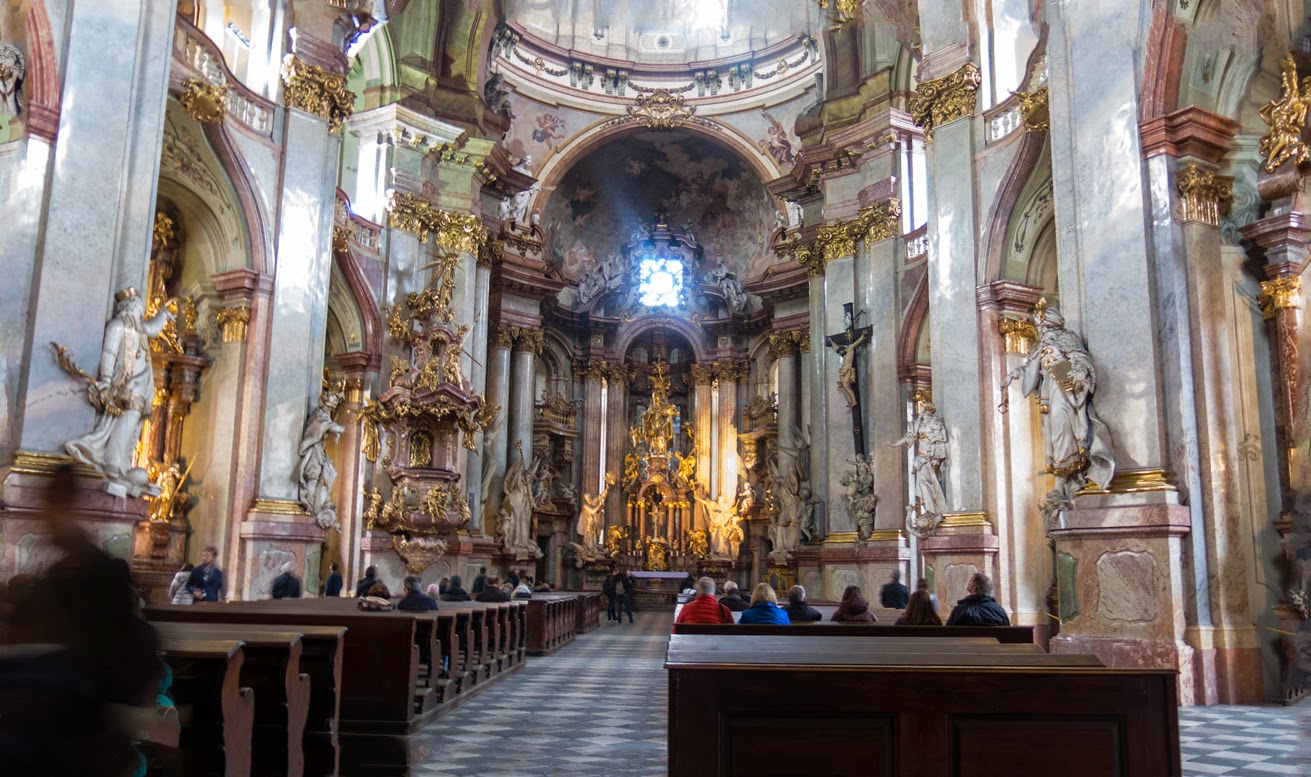 RJ wants you to know that he is daring and a risk taker, too.    There's no way I would have climbed up there!      We all know he won't qualify as "Saint RJ" to be placed in that spot for centuries despite his trying it on for size. 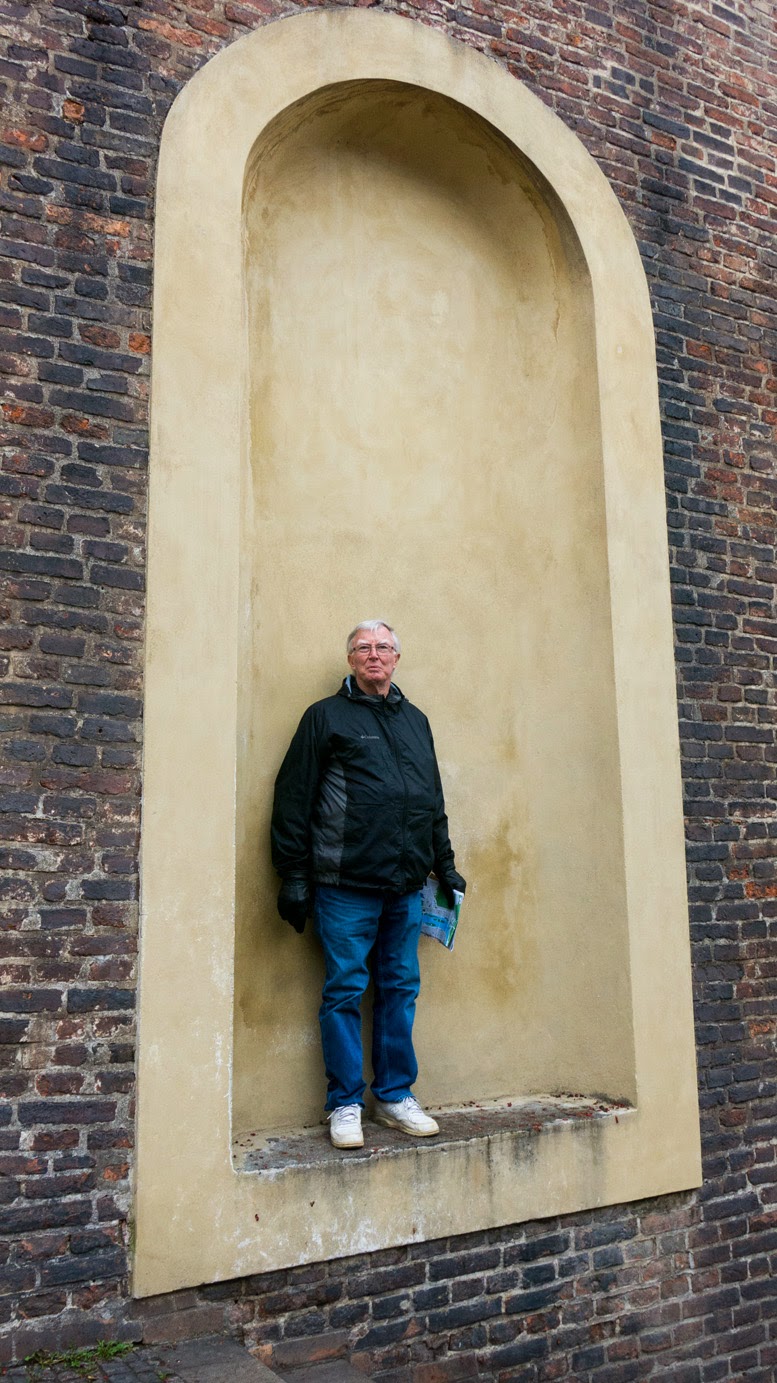 Entrance to the Prague Castle.     It's not your typical castle but a series of buildings and cathedrals. 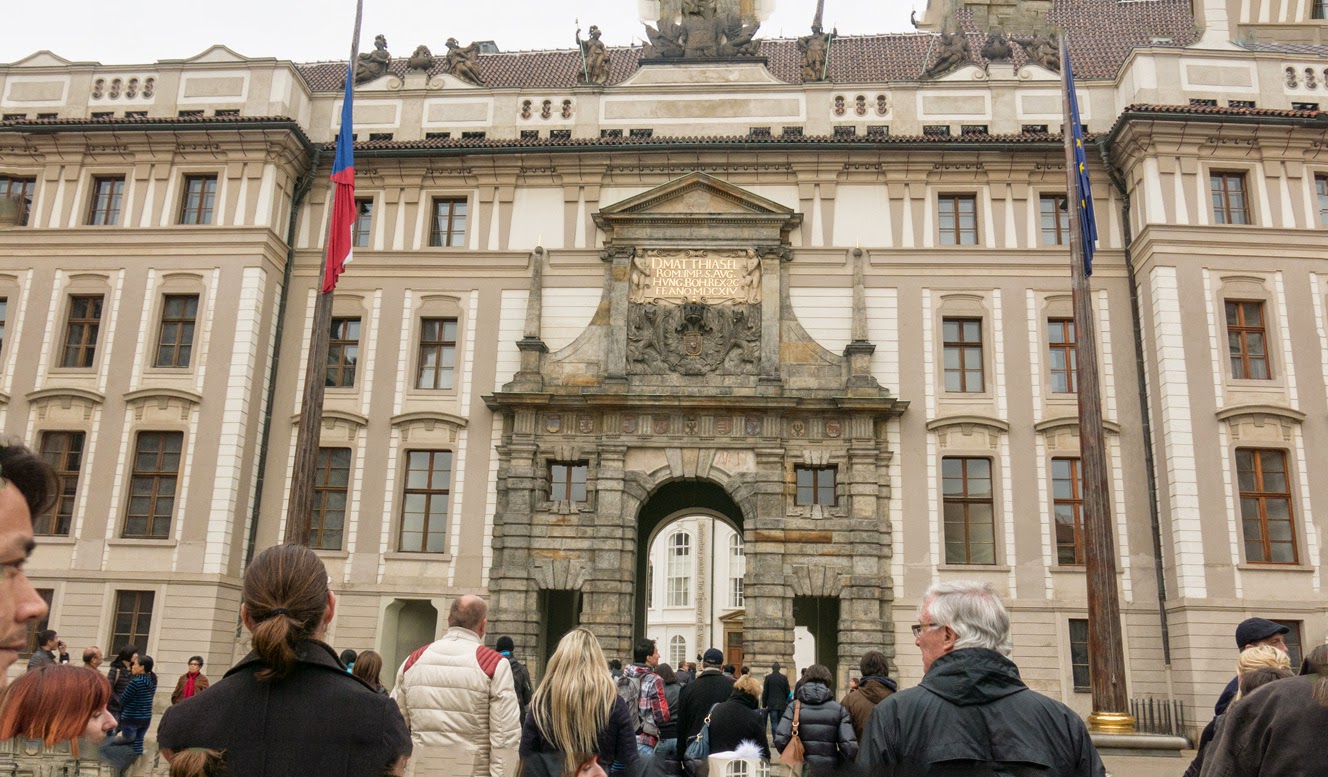 St Vita Cathedral was recently restored.    I loved the interior, which lacked the over the top opulence of other cathedrals but it had a sense of calm and elegance that I liked. 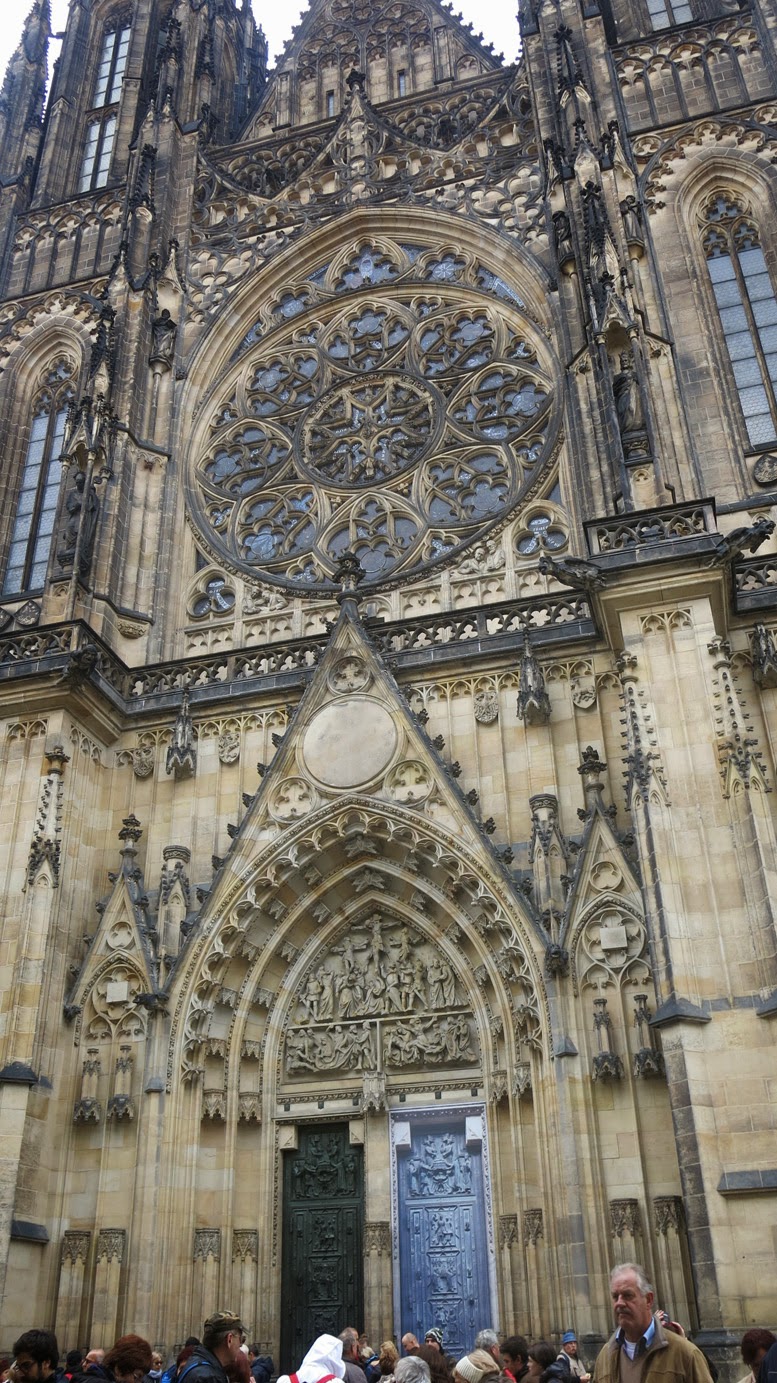 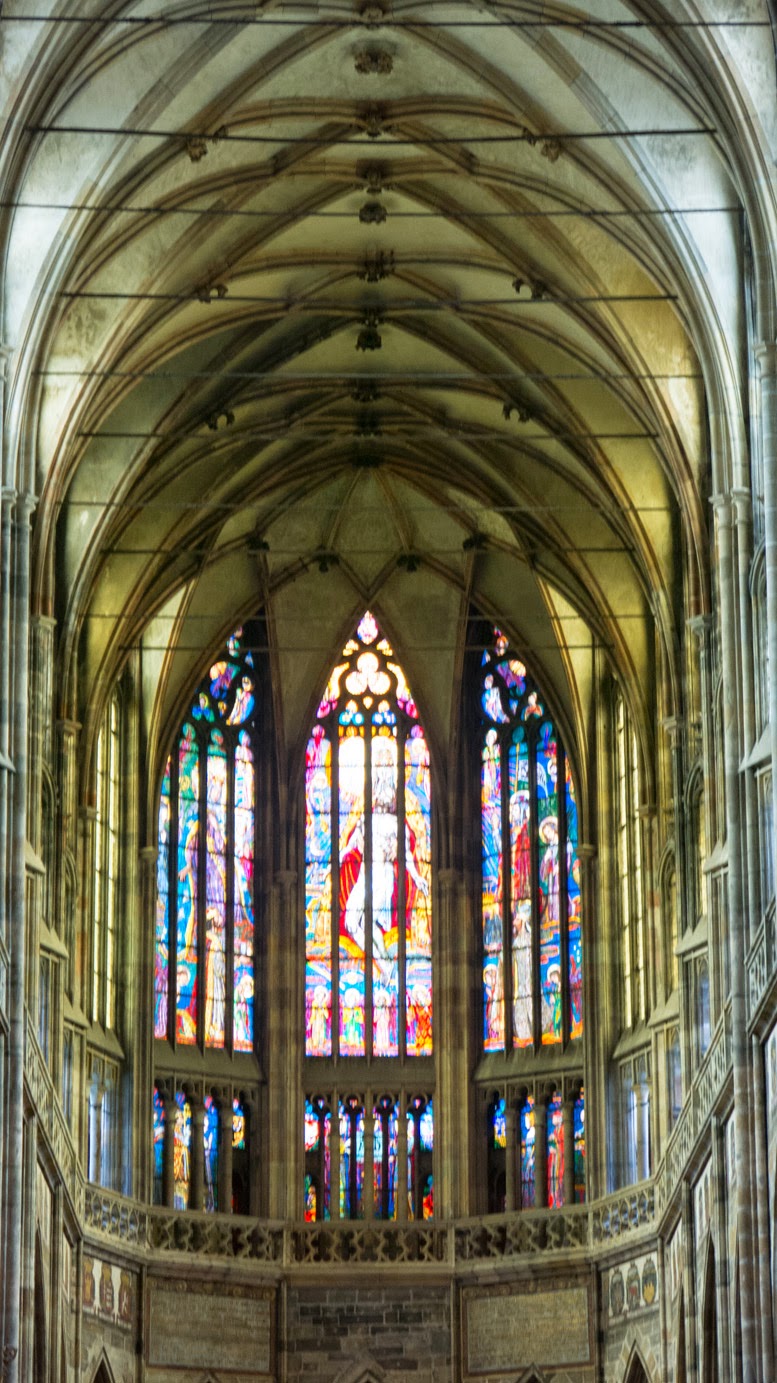 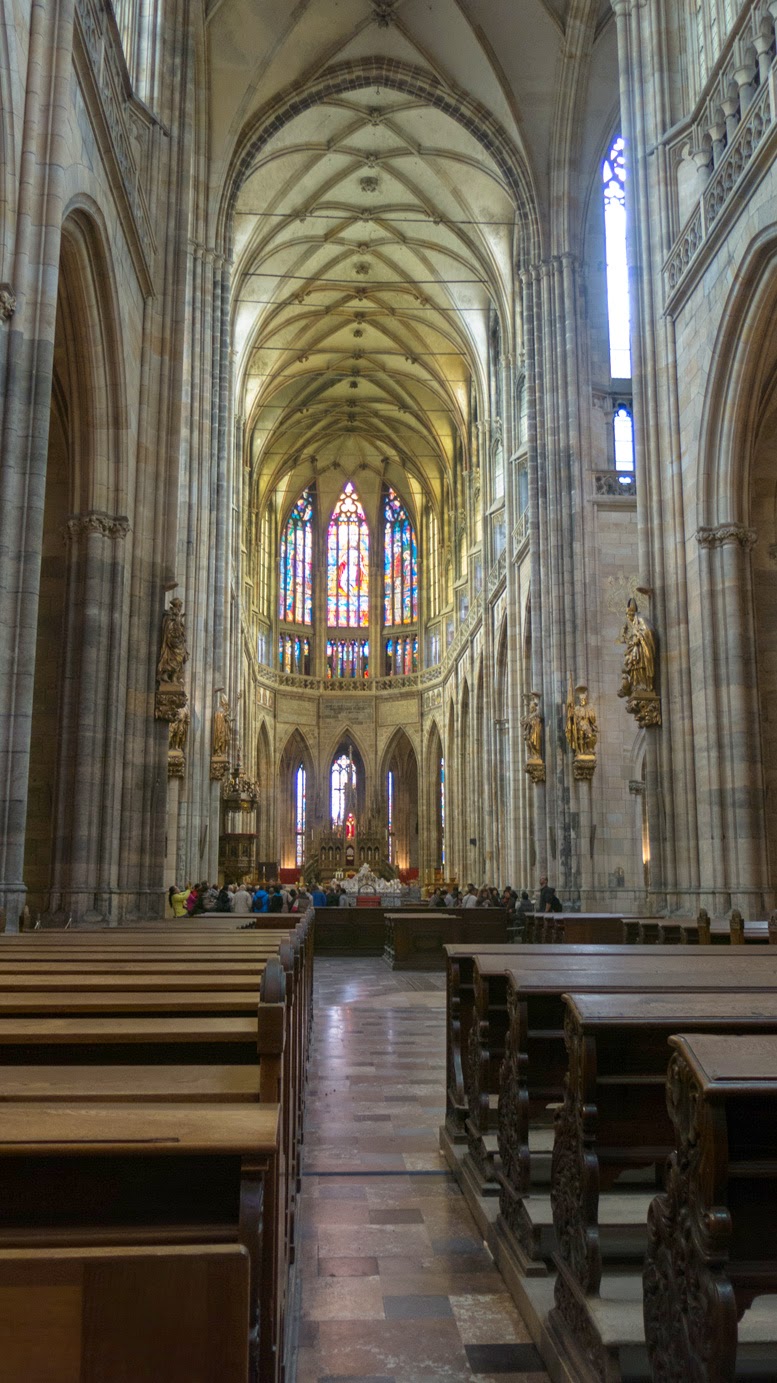 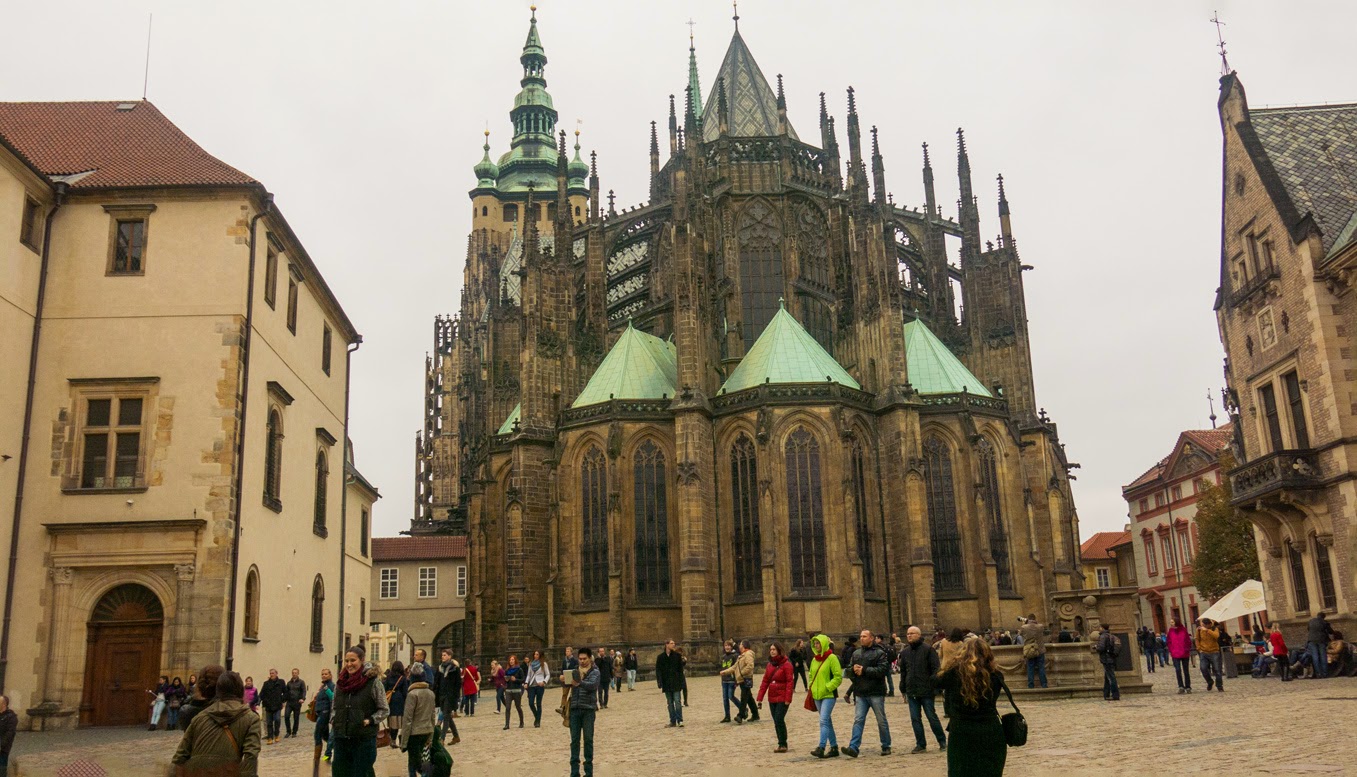 The street musicians are great, although some of them make you think you are in Mississippi rather than Prague. 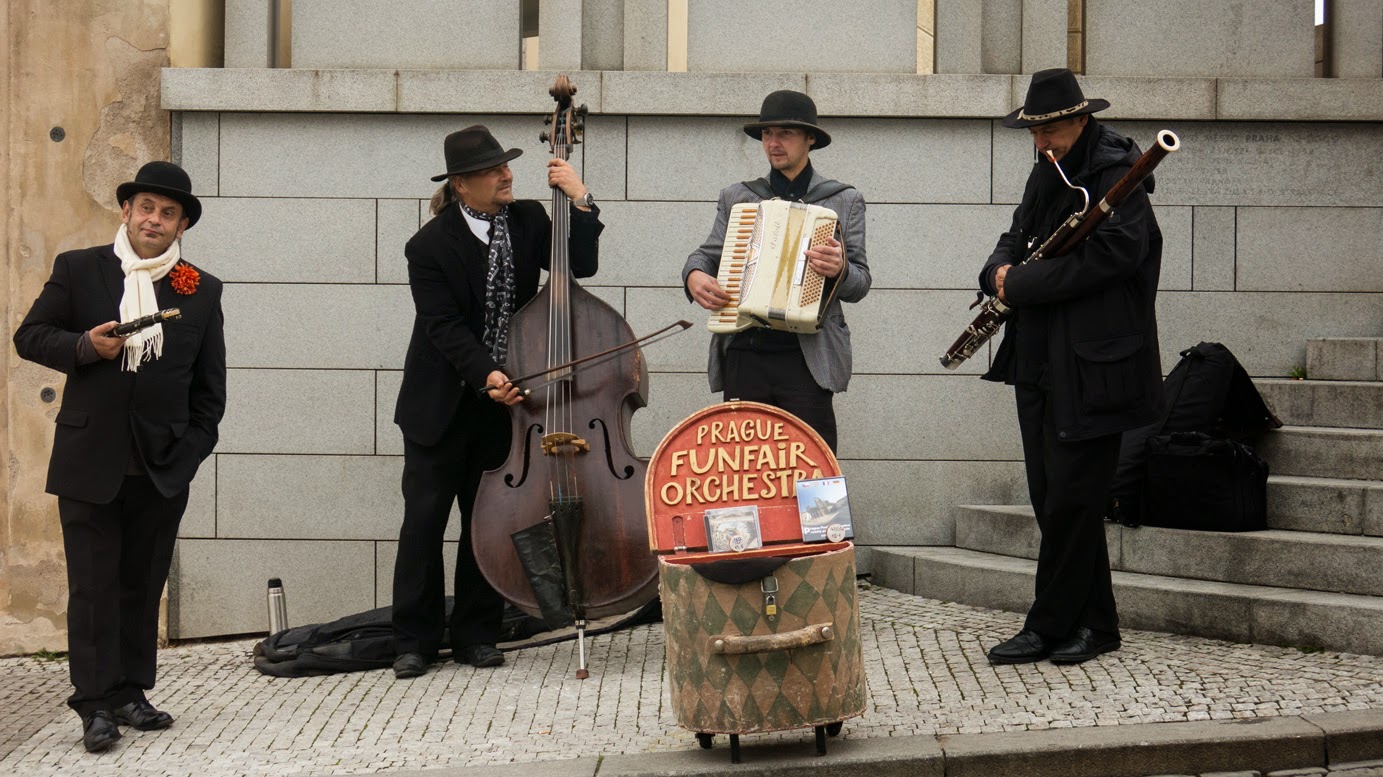 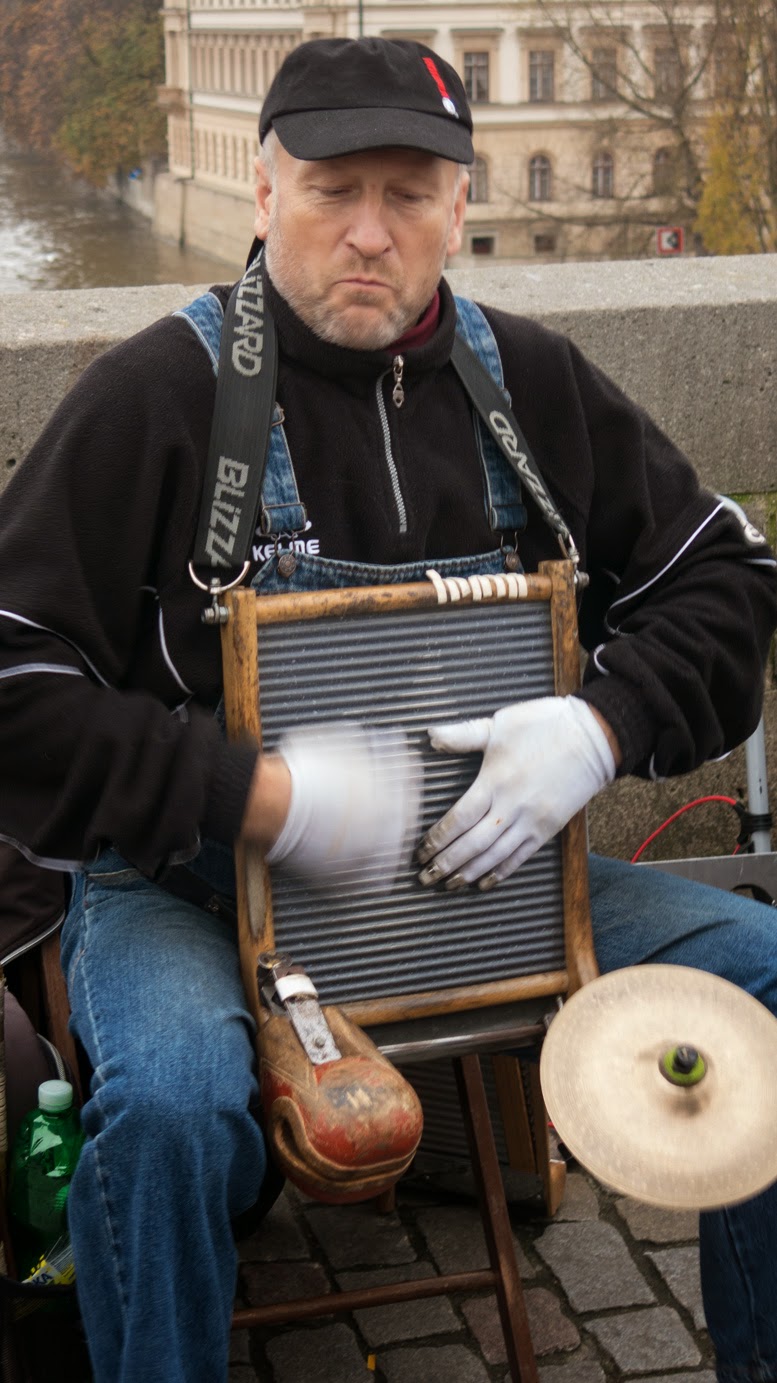 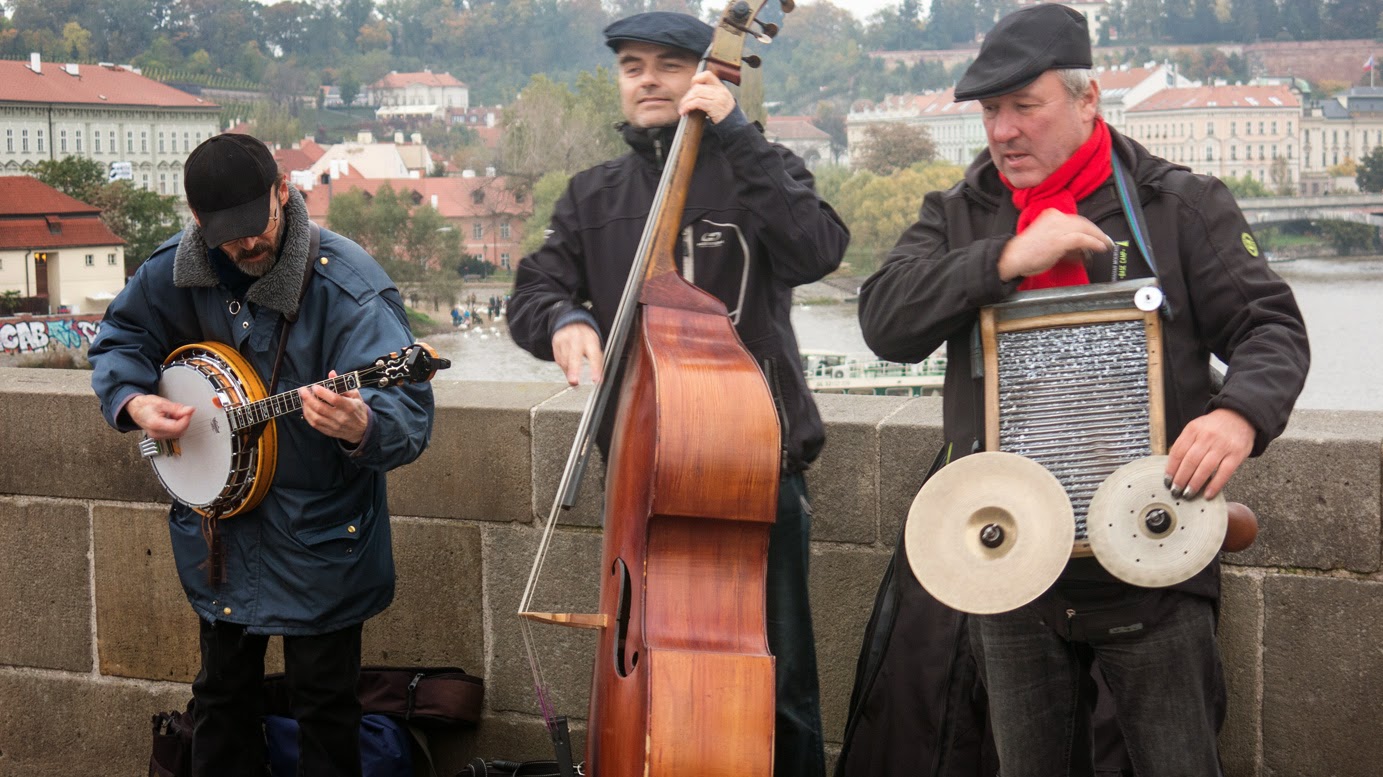 The Toy Museum in the Castle  area was a fun visit.     There was a lot more than just dolls, but it's my blog and trains and cars and erector sets just don't interest me that much! 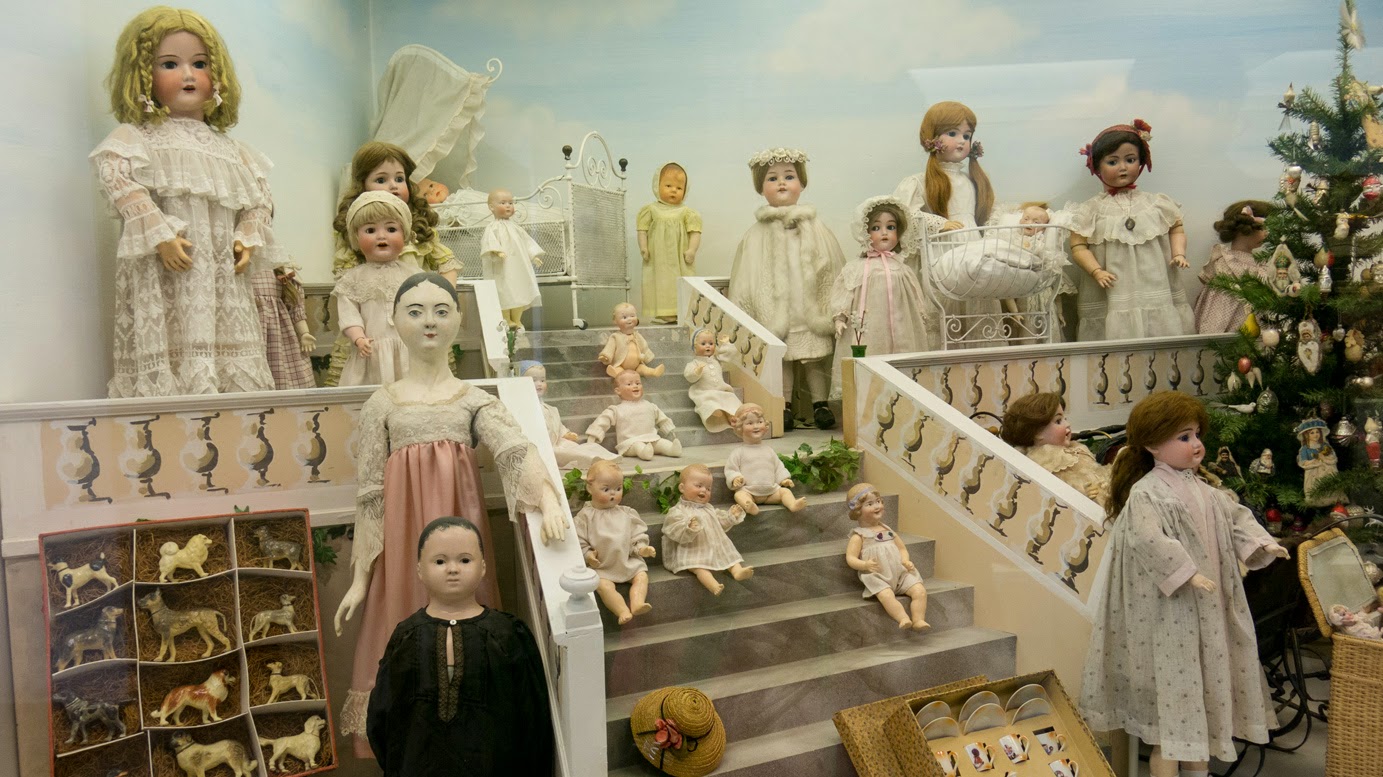 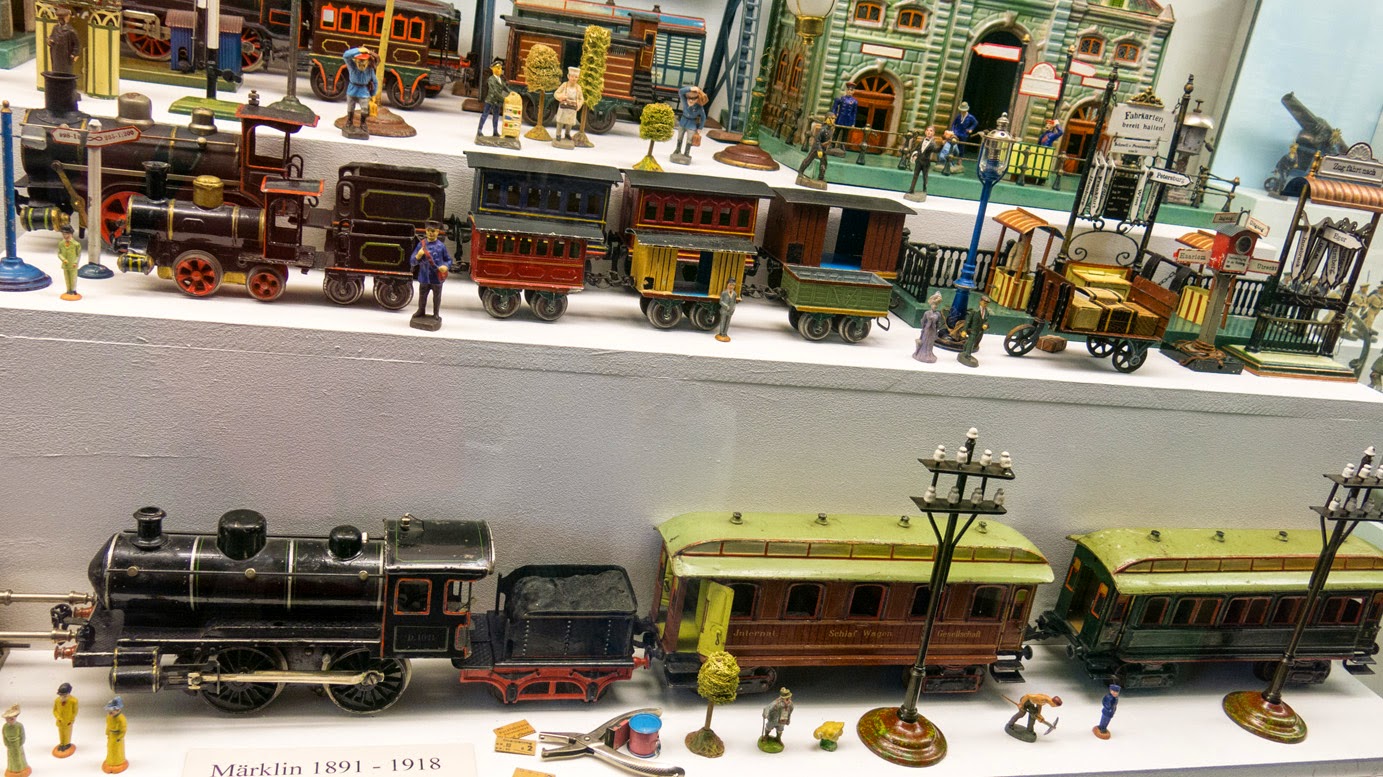 RJ is always ready to pose with an attractive woman. 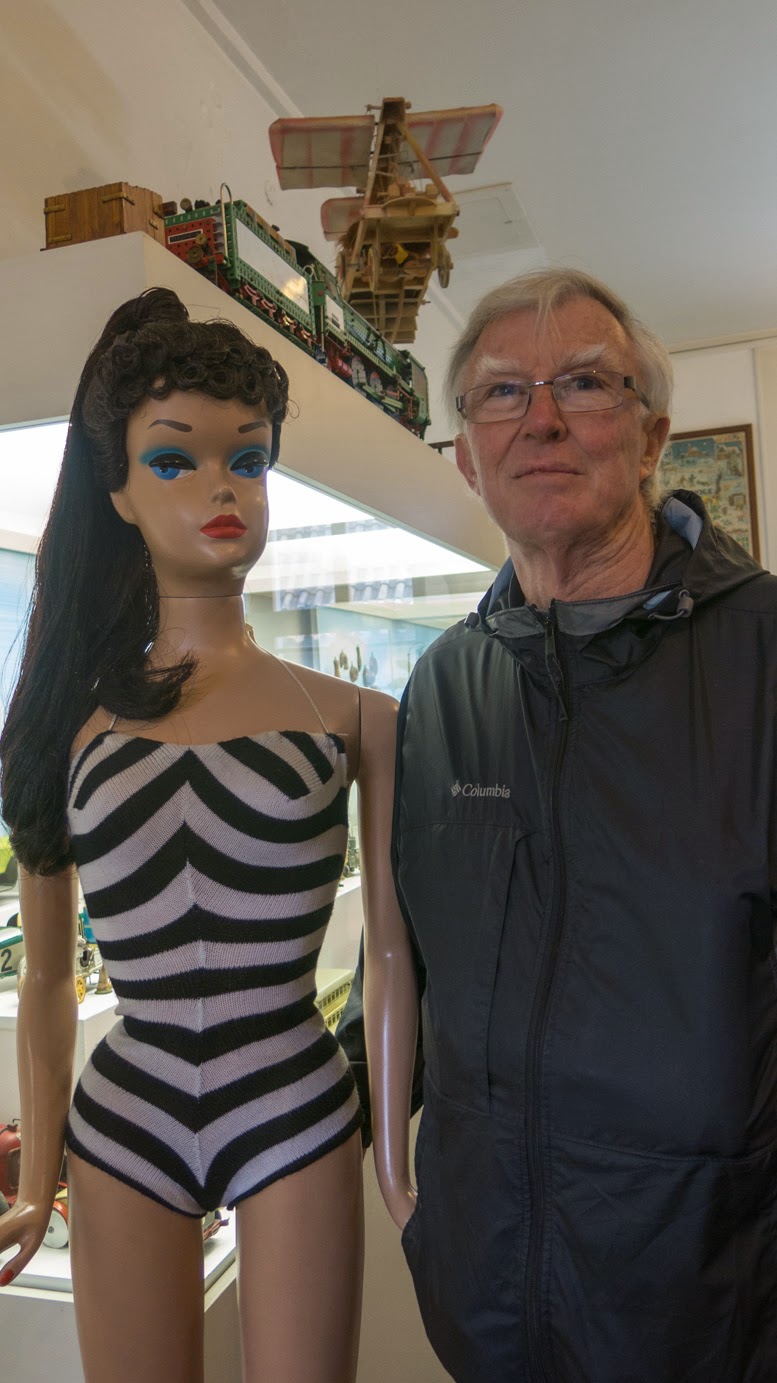 "Bild Lili" was the original doll made in Europe as a promotional item.    It was not for children.    They even had one version that you could hang on your rearview mirror.     It was not a big hit, but was later sold to Mattel who redesigned and renamed the doll Barbie after the owner's daughter. 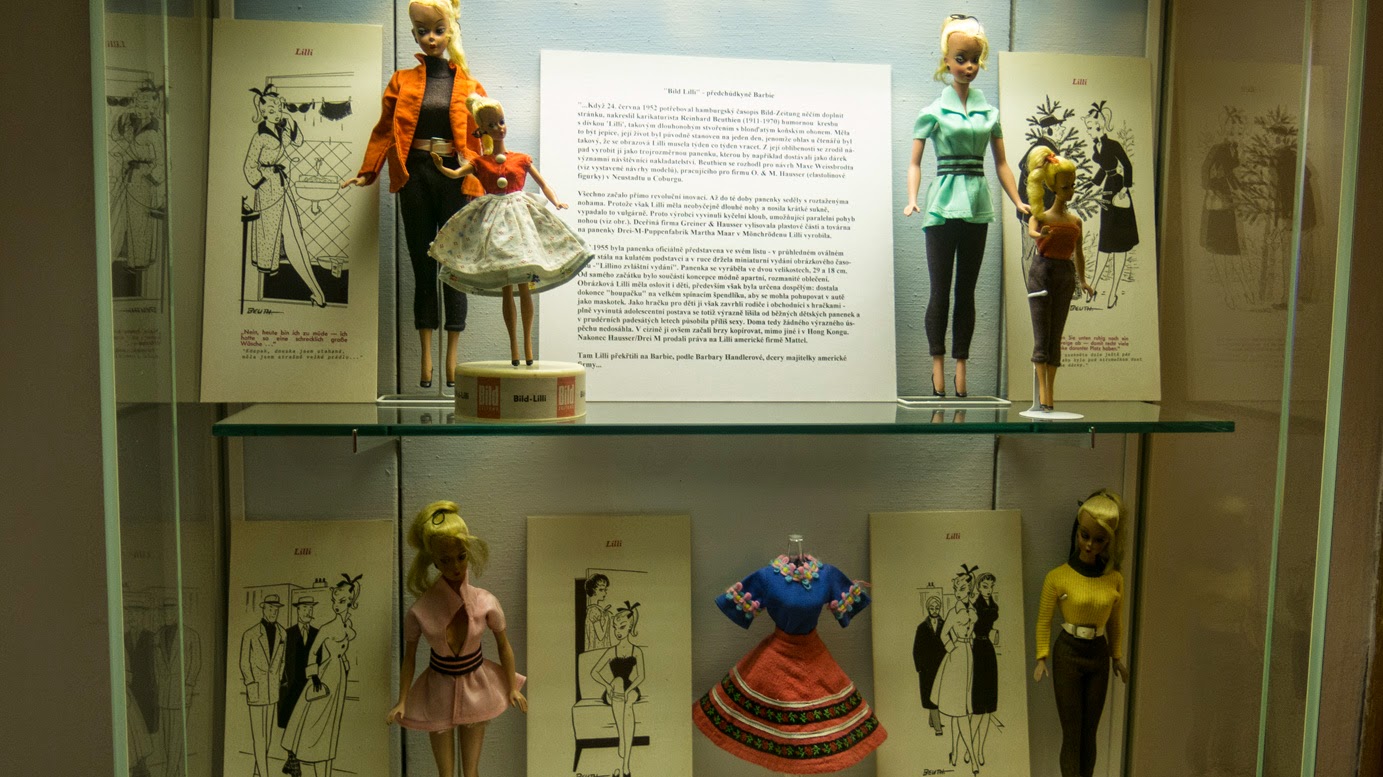 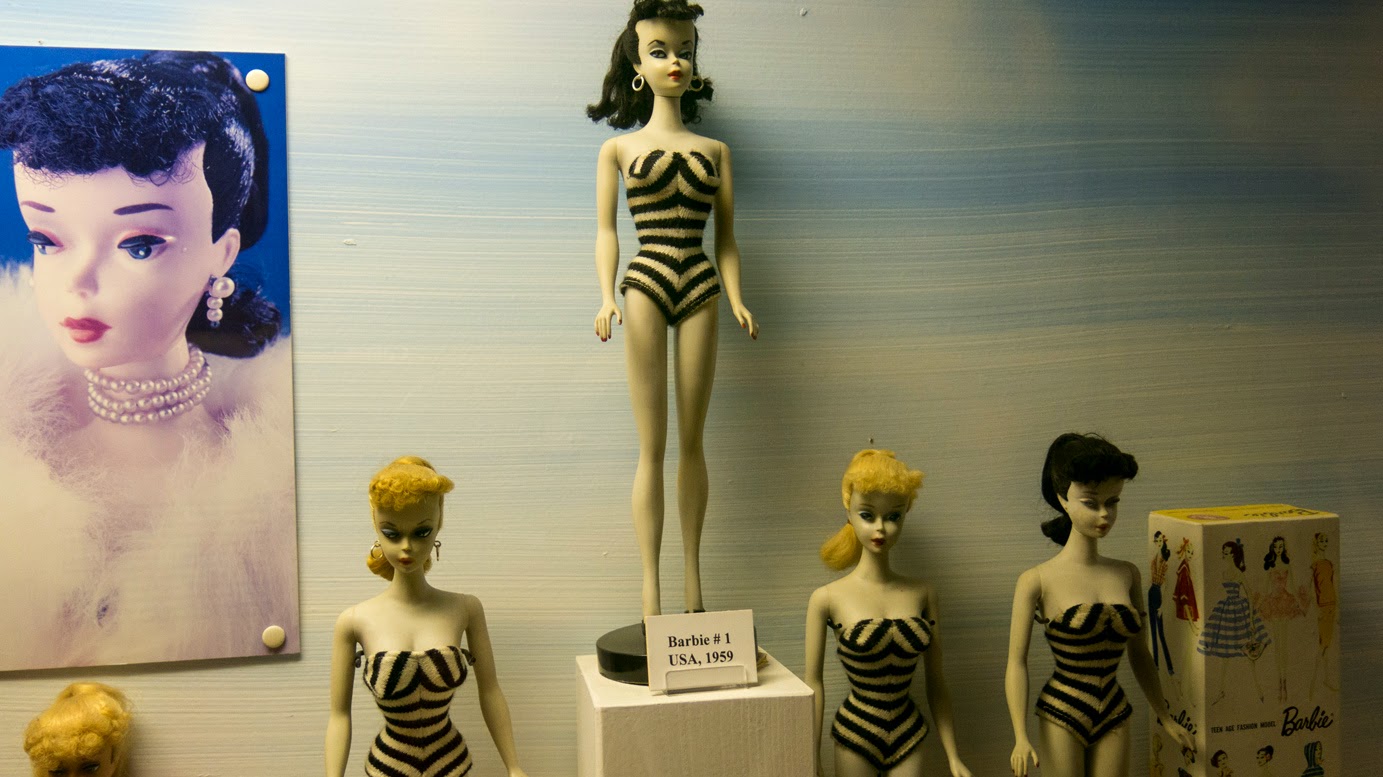 If you are a Barbie fan, this is the place to visit.     They must have nearly every one ever made. 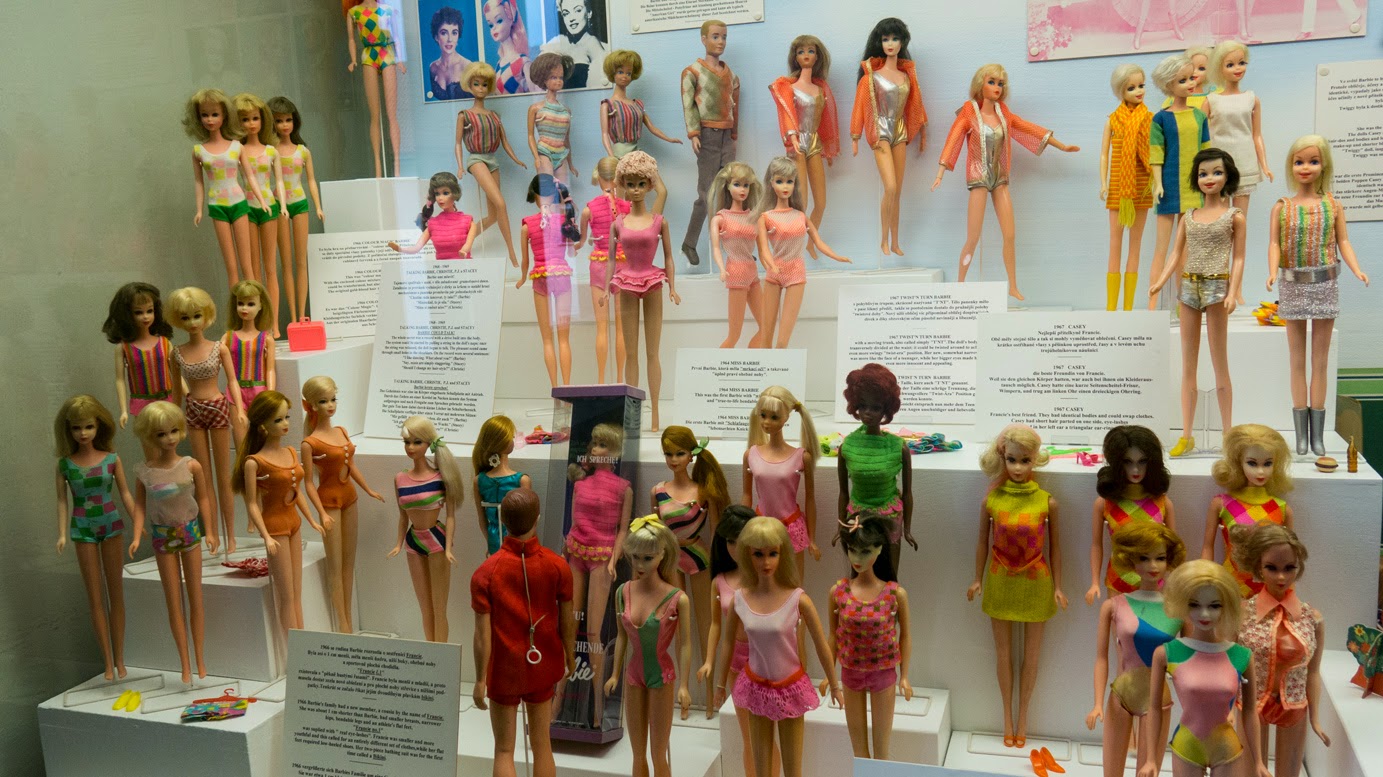 Does anyone remember this Barbie? 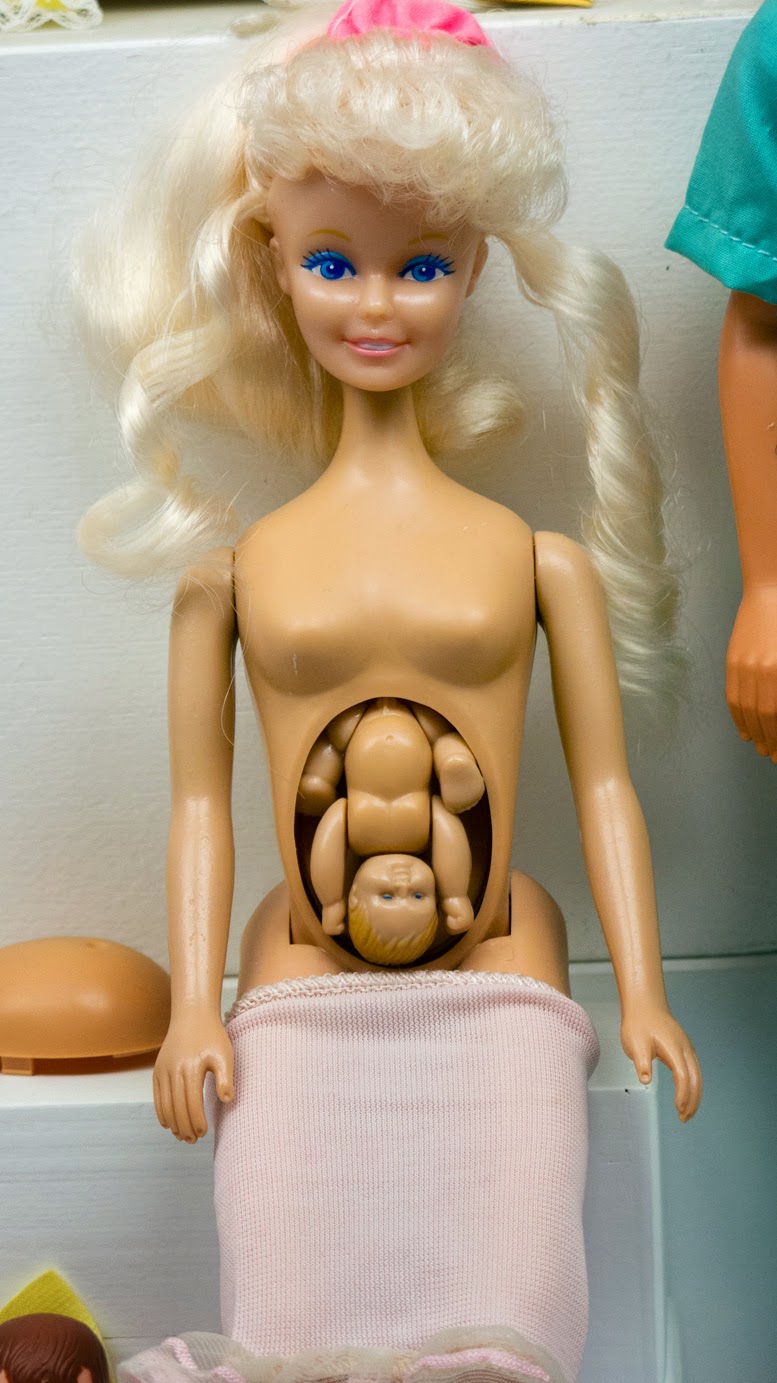 Posted by Our Retirement Journey at 12:41 AM