The rain/drizzle does not want to leave.     At least today it isn’t raining like yesterday,  its just cold and overcast.      Skye is still a beautiful place to be, though.     We are here after the first heavy frost, so a lot of the greenery has turned brown, but I think that just adds to the color variations in the hills. 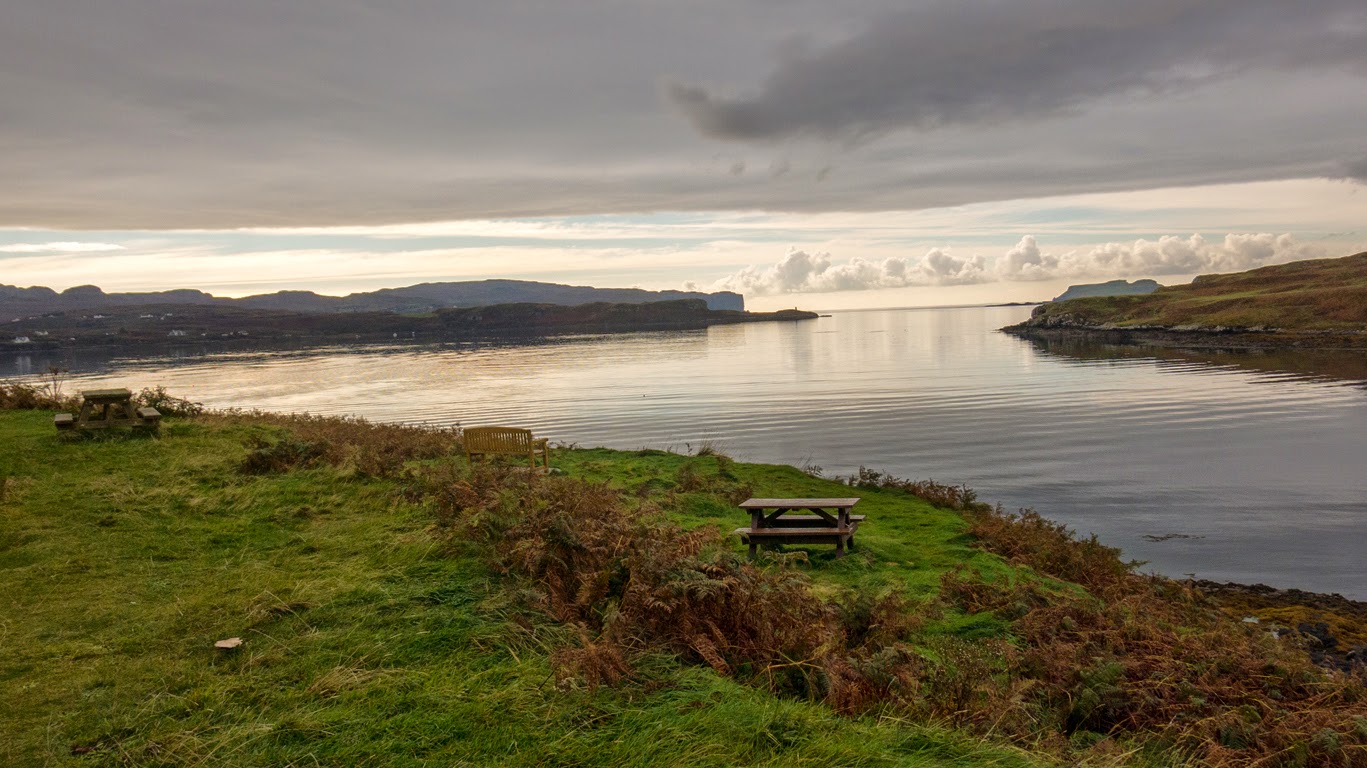 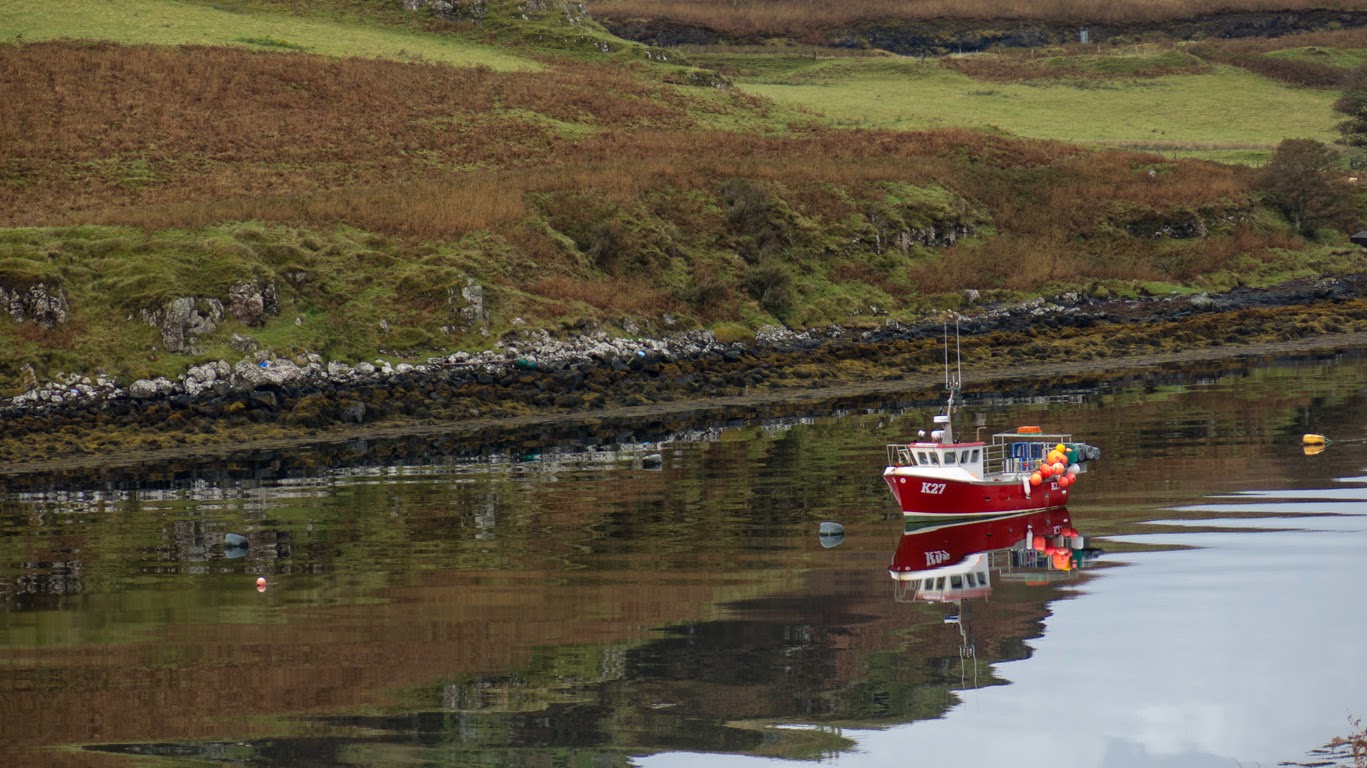 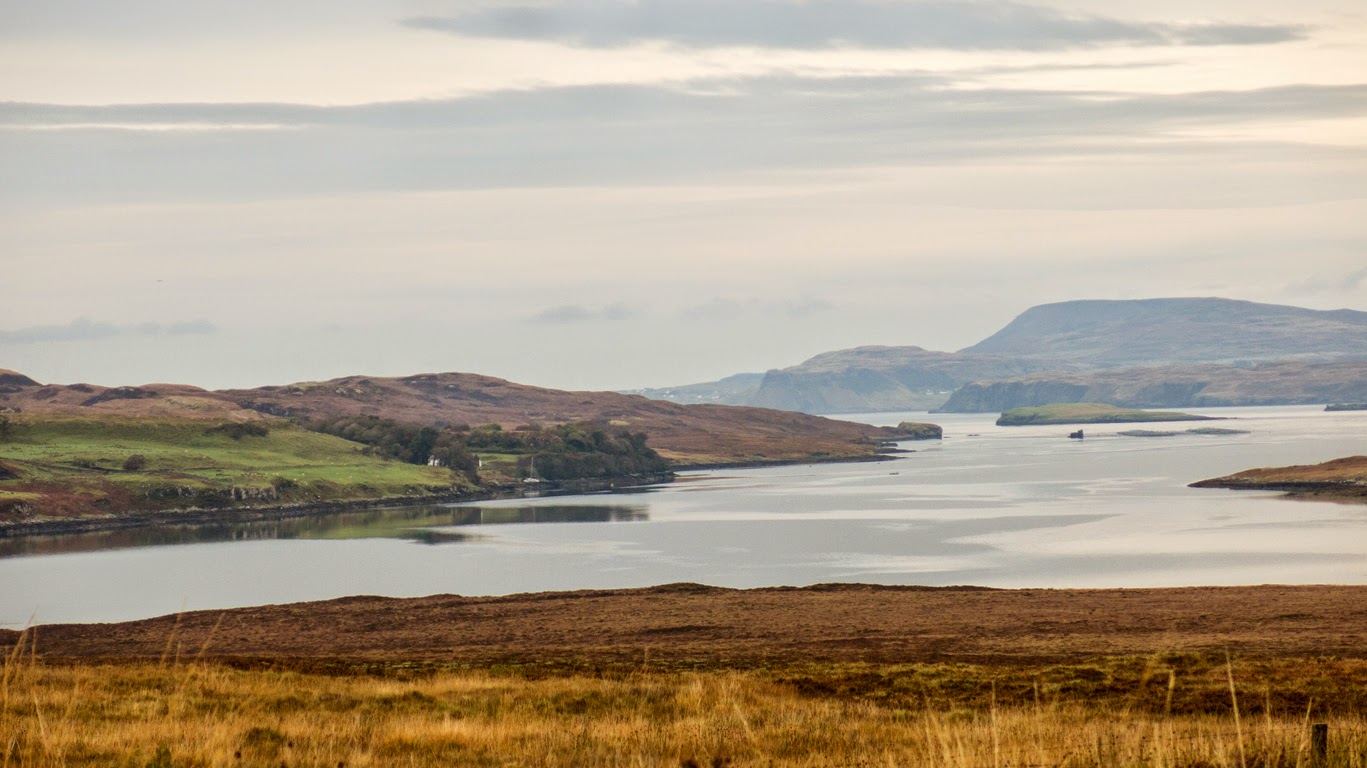 Sometimes you stumble across a place that wasn’t on your radar at all.     We were driving back roads, as we usually do.     Three cups of tea with breakfast were catching up with me, but we are in the middle of no where.    Up ahead I see a small building with a sign saying “Open For Tours”.    Yes, we did the tour so that I could use the toilet!     The name of the place is Skye Skyns and they tan leather, specifically the hides of the lambs that are grown for food.    The work is all done by hand and they use no harsh chemicals or bleaches (as the Chinese do).     It was a fascinating process and the small rugs they make are so soft and are washable.     If you want to learn more, go to http://www.skyeskyns.co.uk 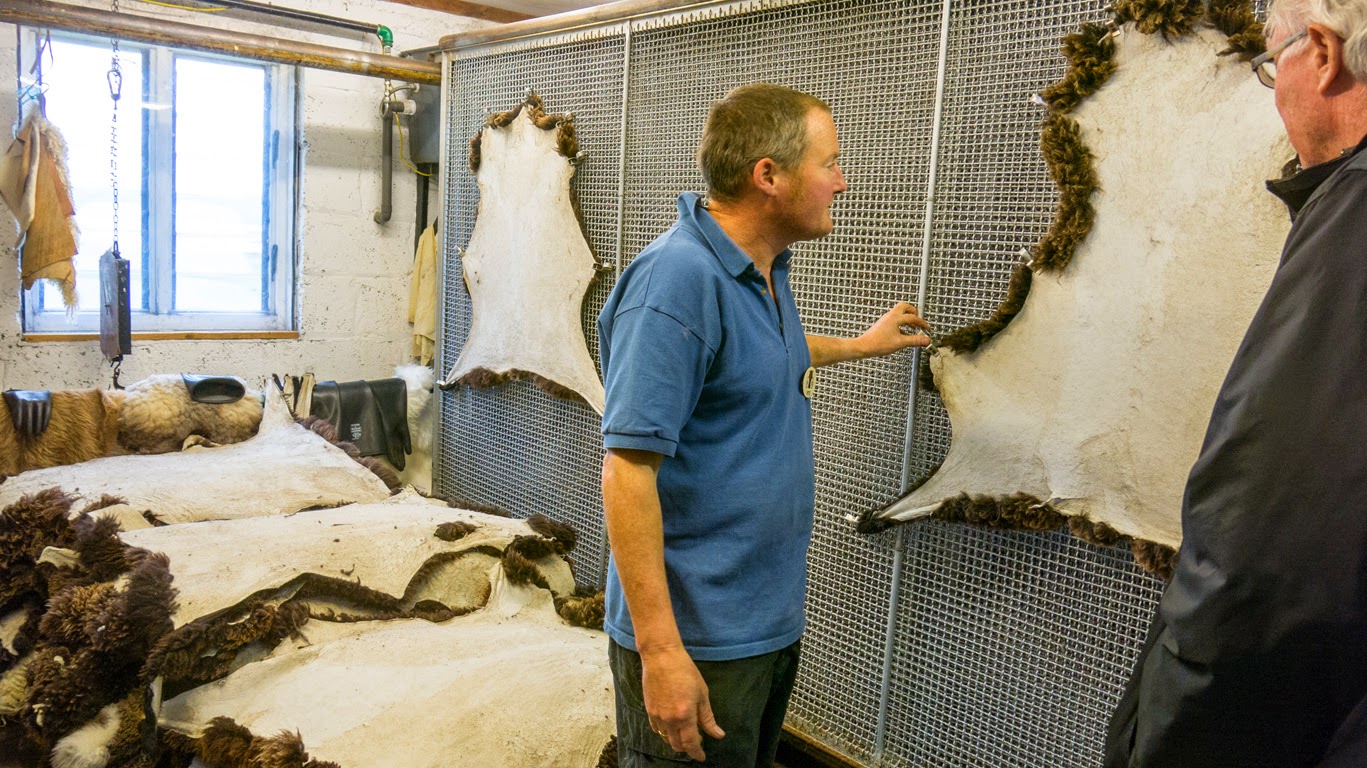 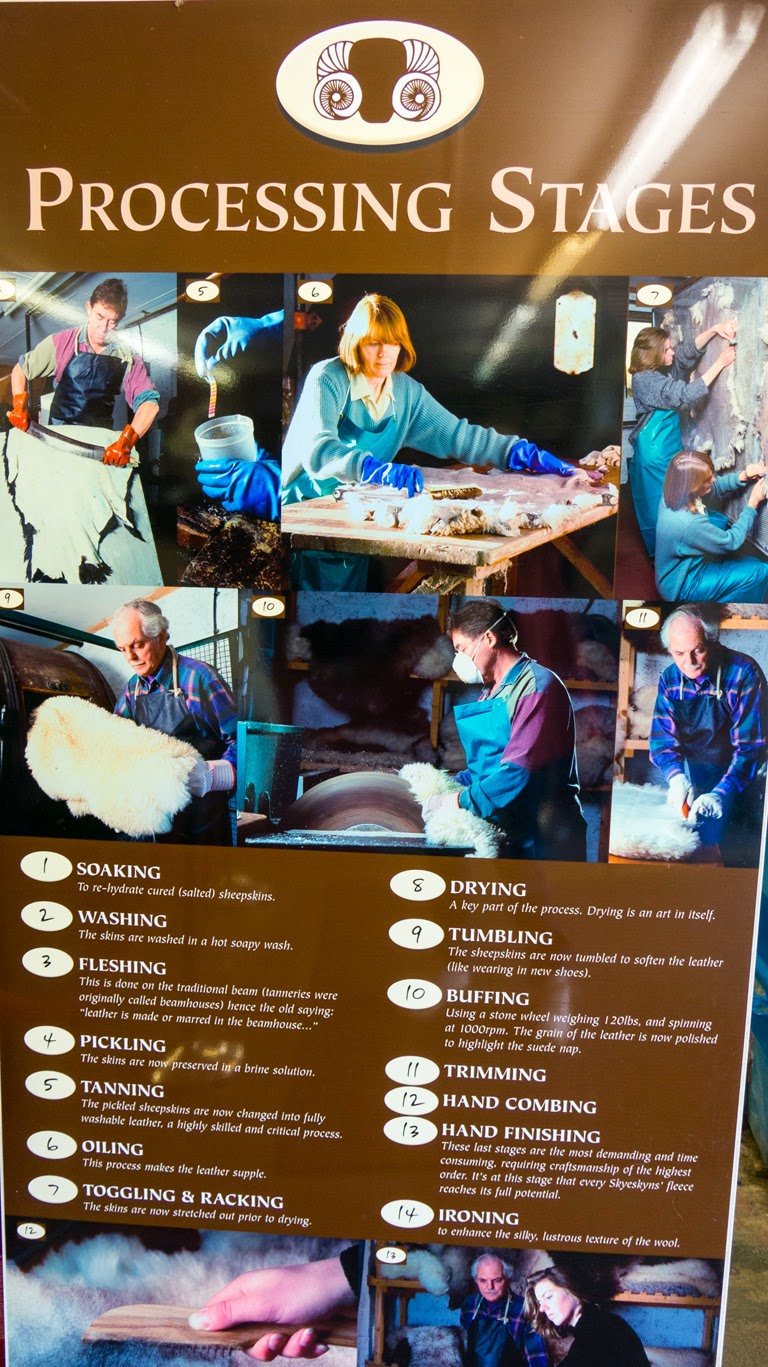 It was time for lunch, so we decided to backtrack a couple miles to a place we had seen.    Only then did we realize we had been on the road for 3.5 hours and gone a grand total of 22 (rural) miles.     RJ is obviously being very patient with my requests to stop for photos ! ! !
We had lunch at a small inn.     Stein Inn was opened in 1790 and is still operating.       We chose their specialty, crab sandwiches.      The roaring fire felt good. 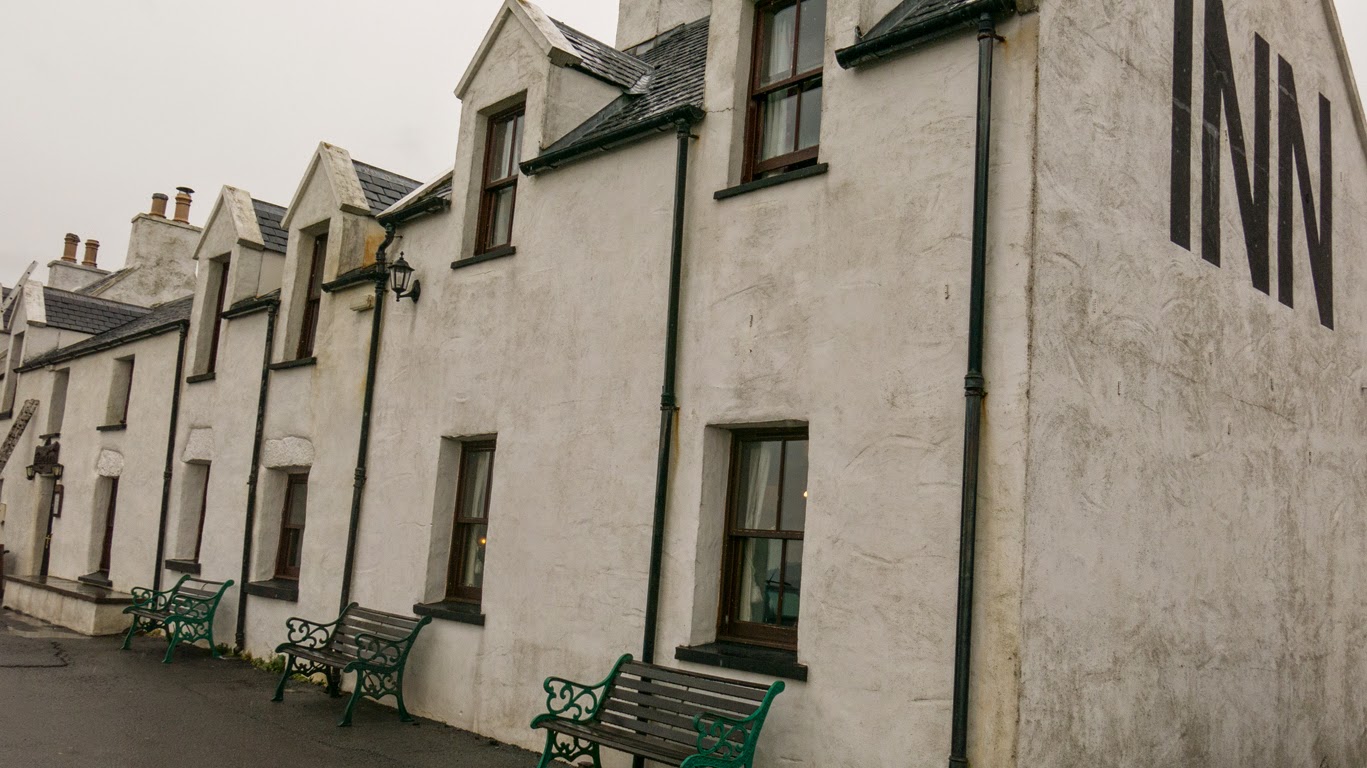 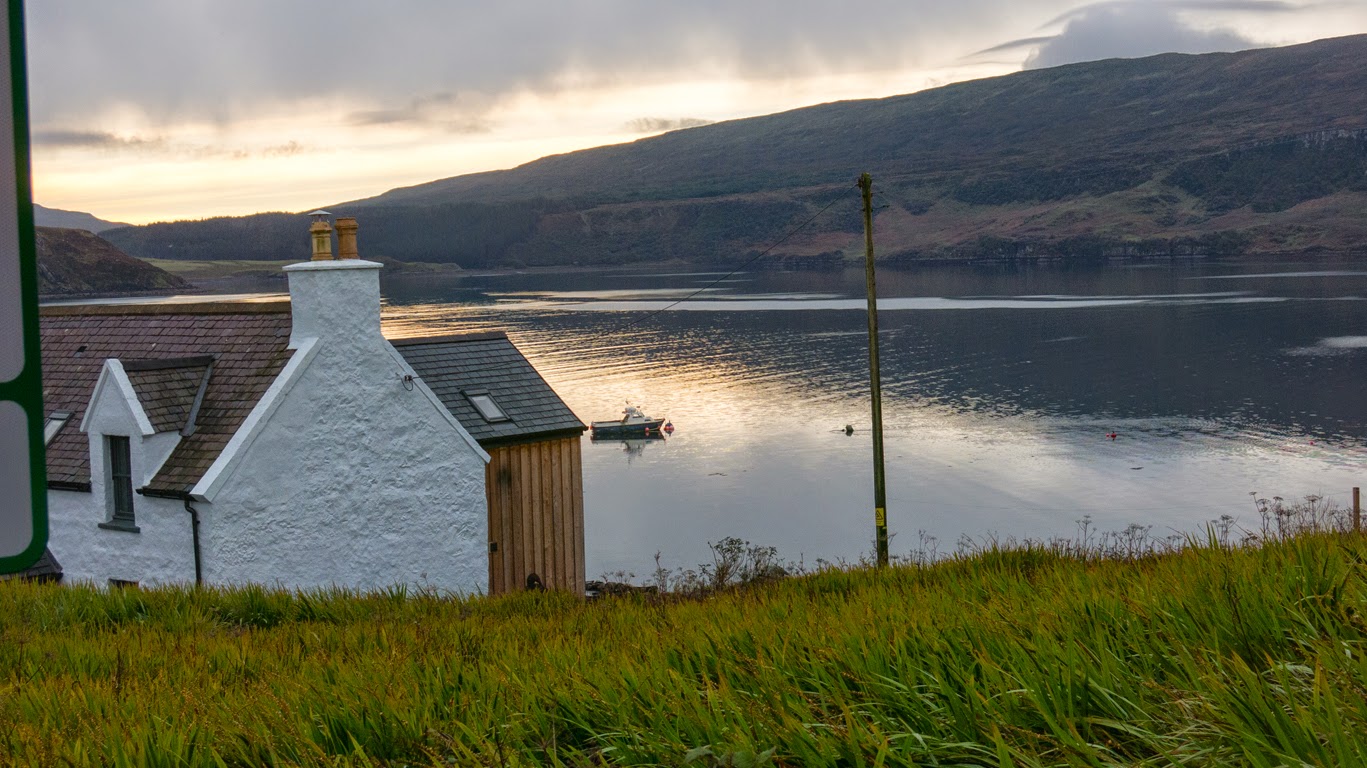 This was the “reduce speed” sign as we came into the village.    How very polite. 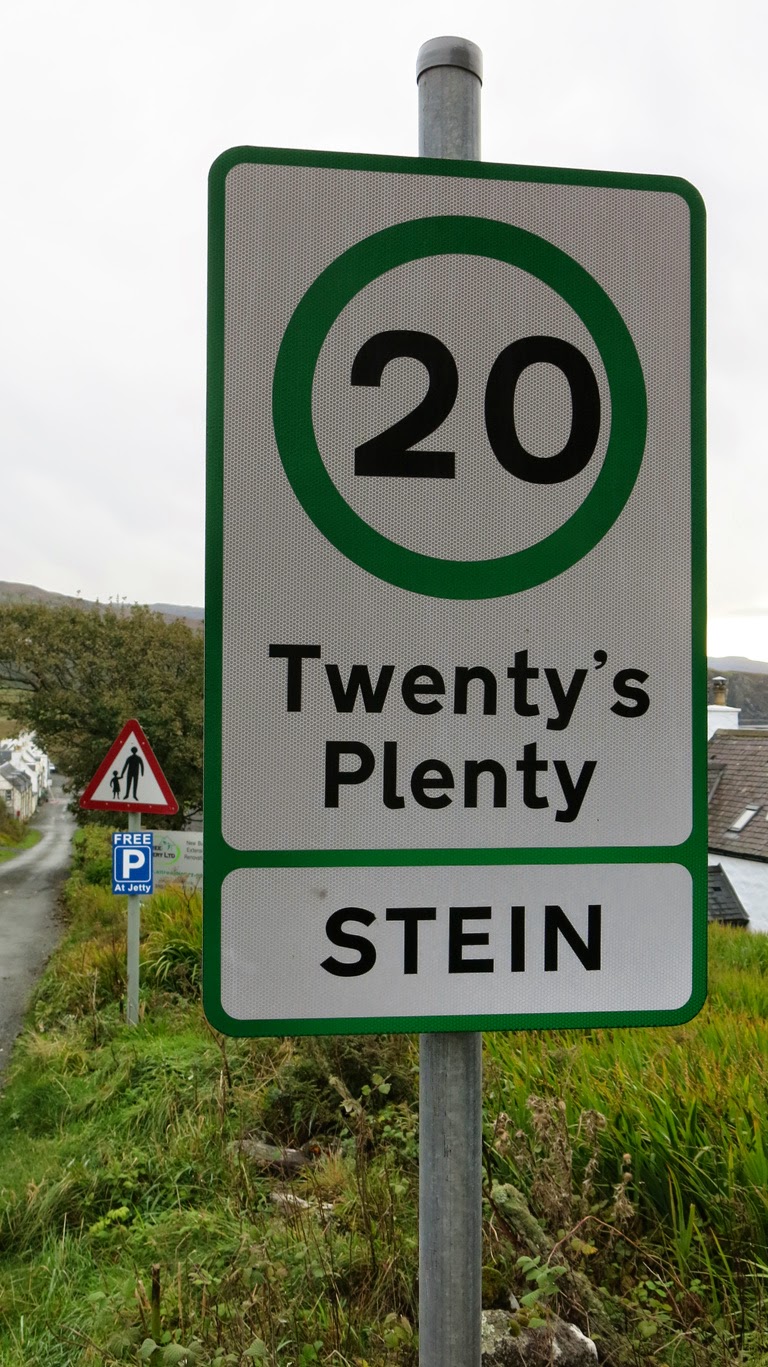 The Highlands seem pretty uniform in using white as their building color.     Everything looks so fresh, and you have no idea until you get up close whether a building is 20 years old or 200.     Angela, one of our Hosts, said that due to the moisture and salt air, you need to paint regularly.       You will get an idea in my pictures how attractive this white theme can be. 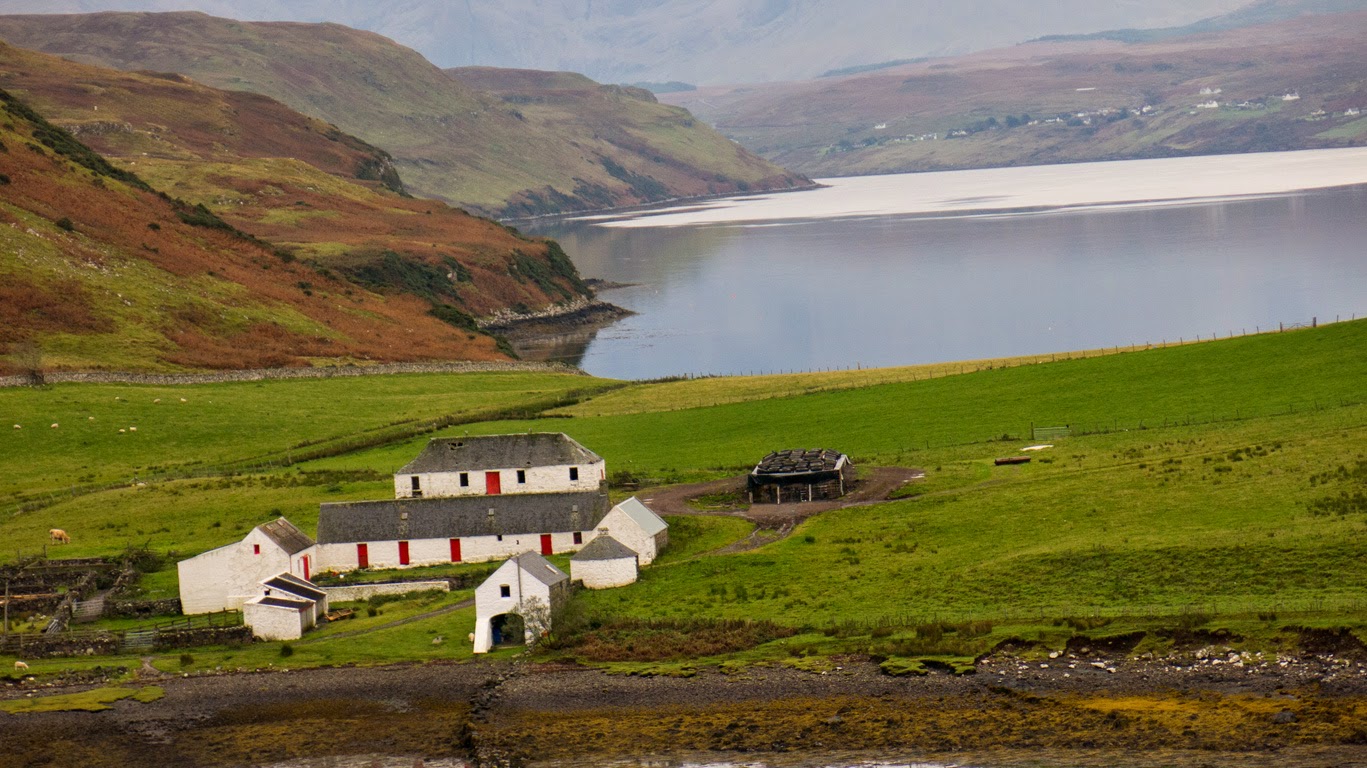 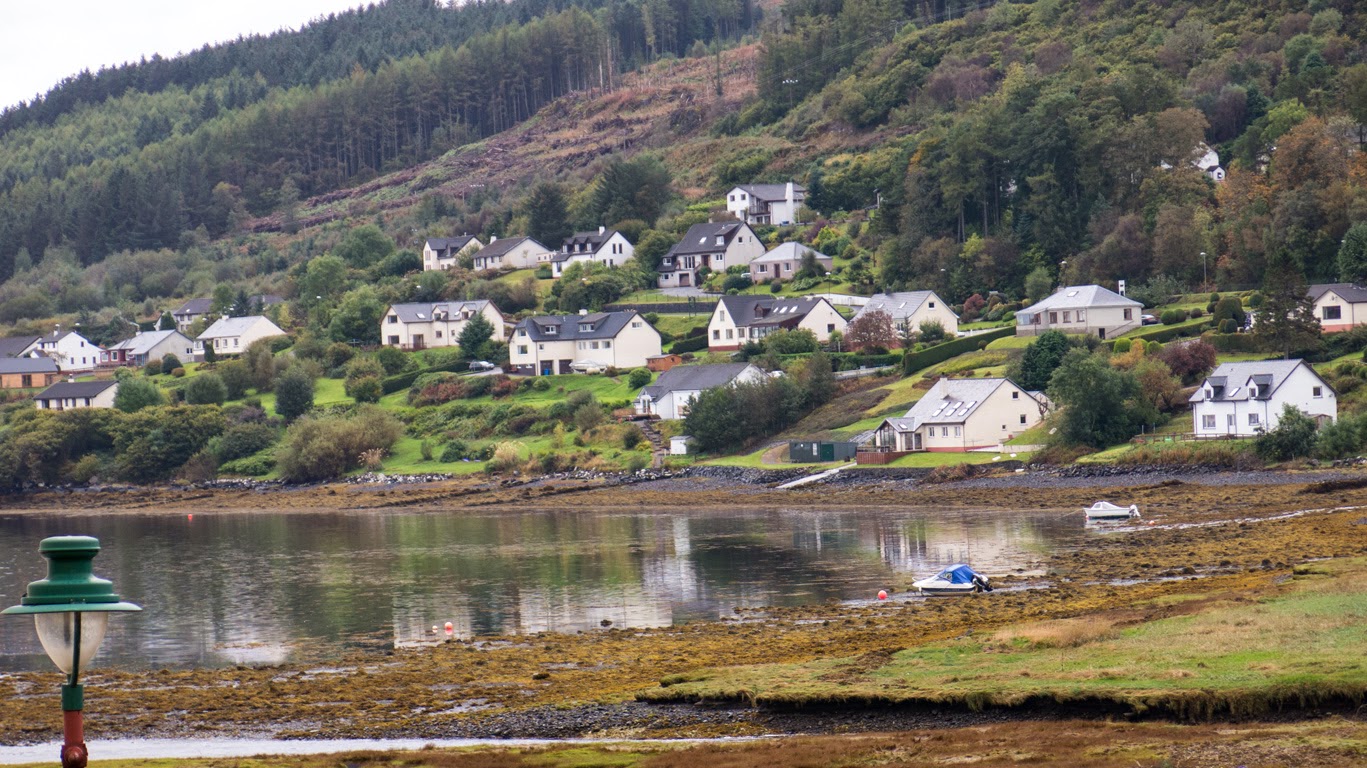 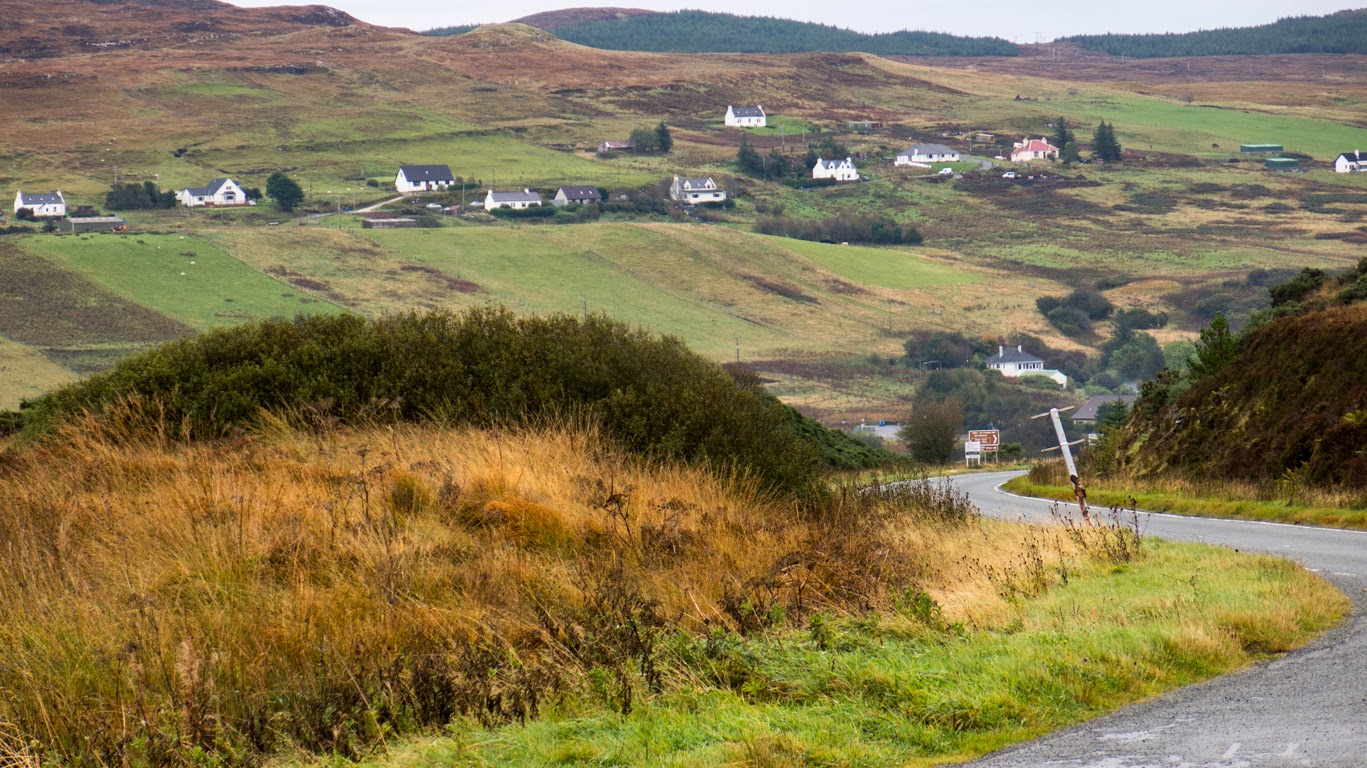 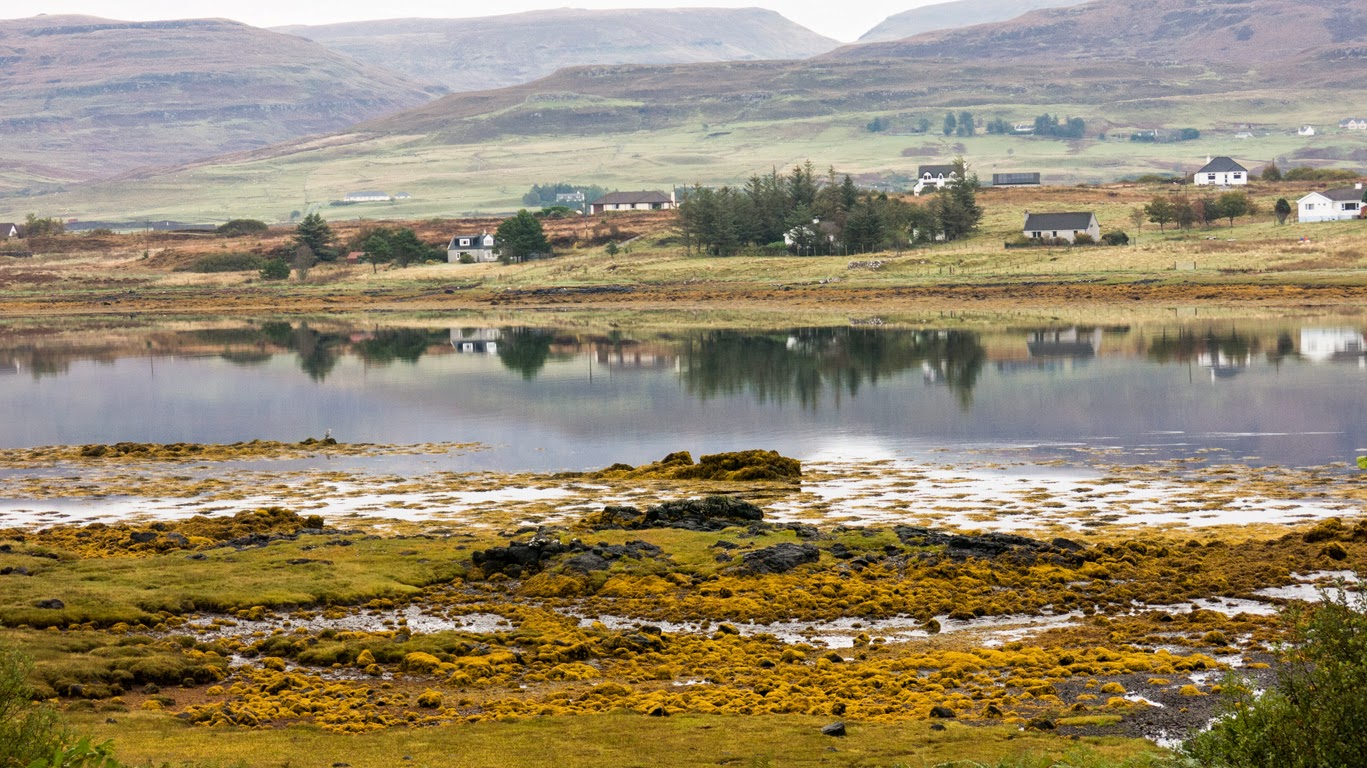 A couple pictures from Portree... 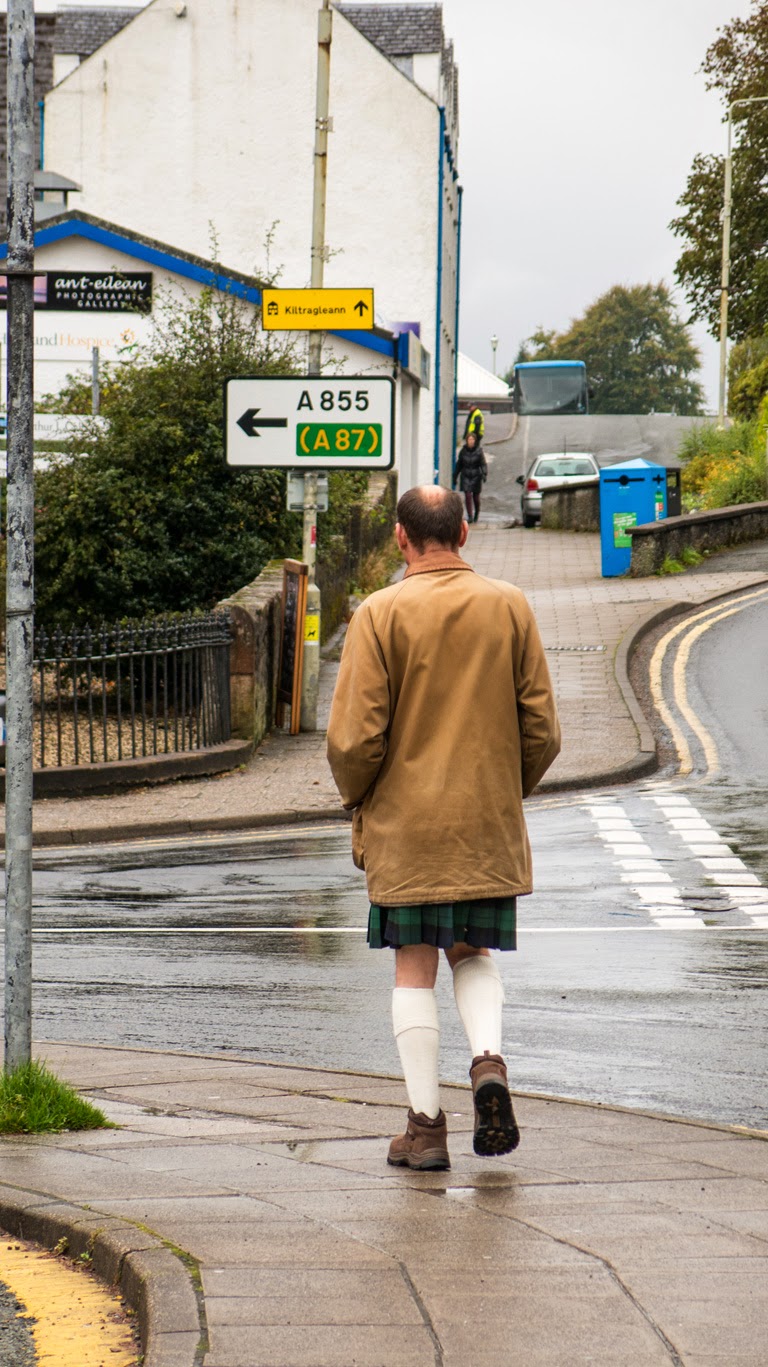 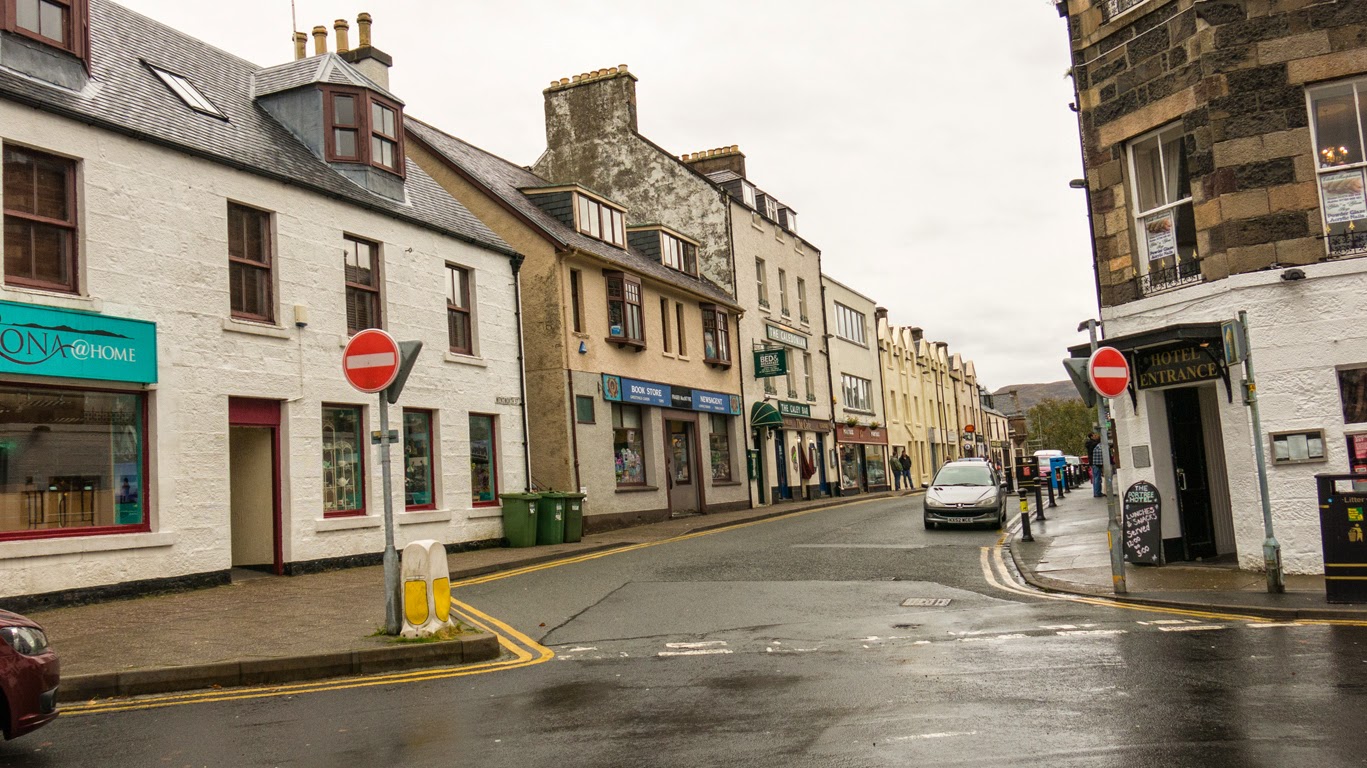 Other miscellaneous shots....       These long haired cattle would NOT lift their heads, no matter what I did or said. 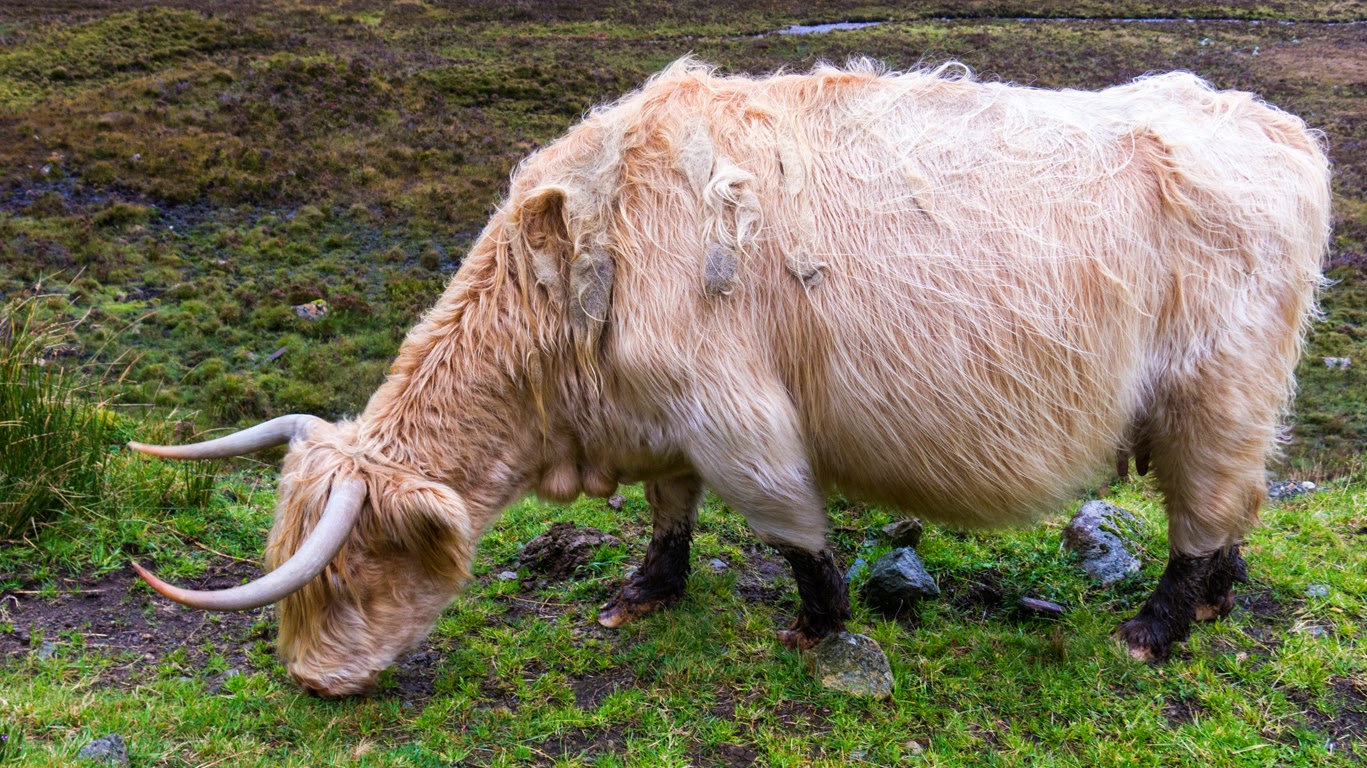 Yes, I can find waterfalls everywhere, even in a rock quarry. 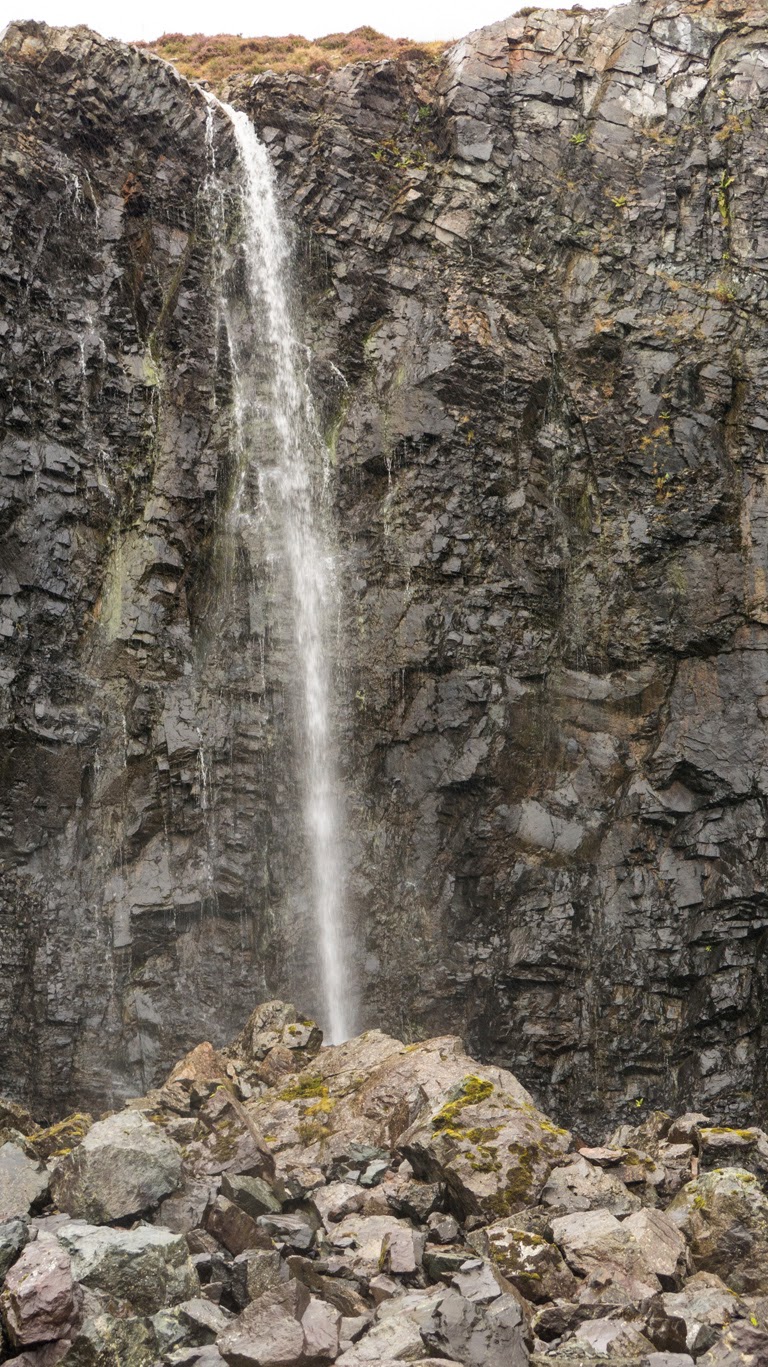 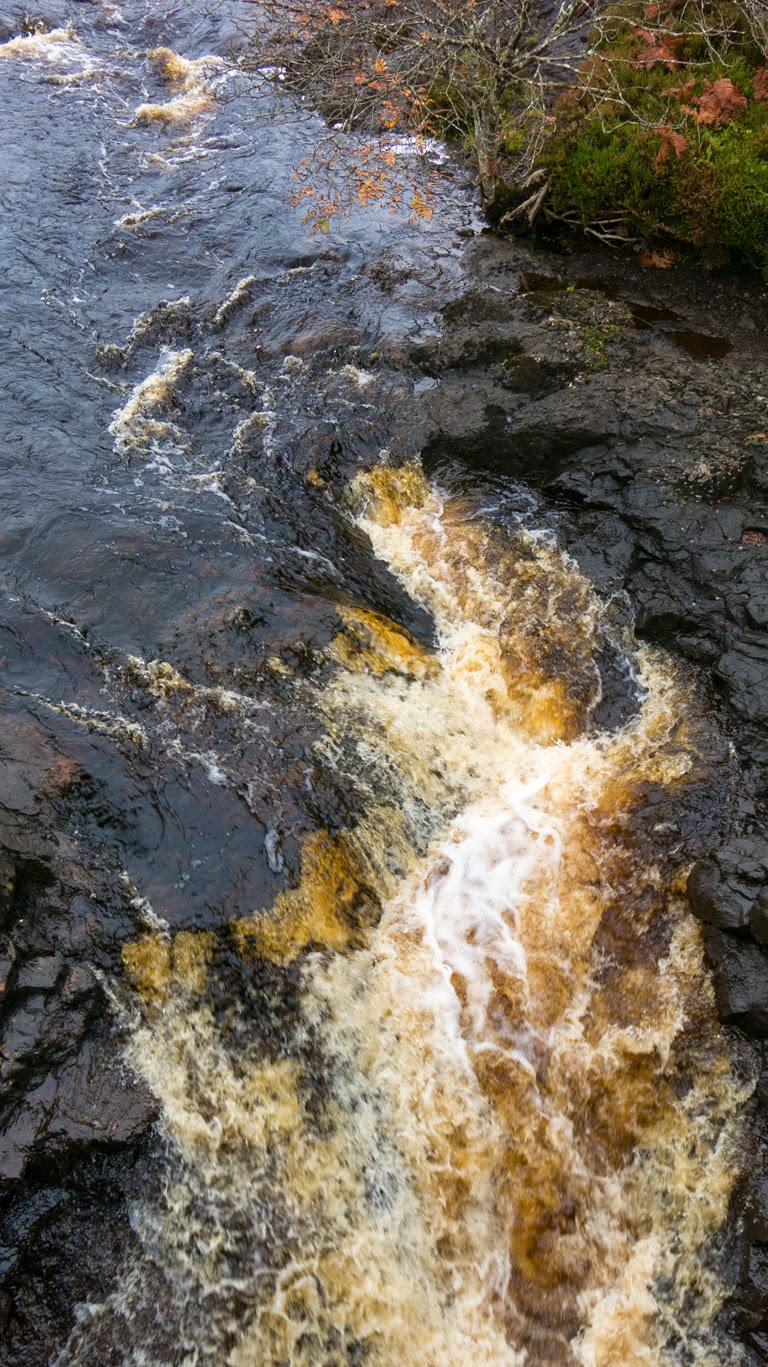 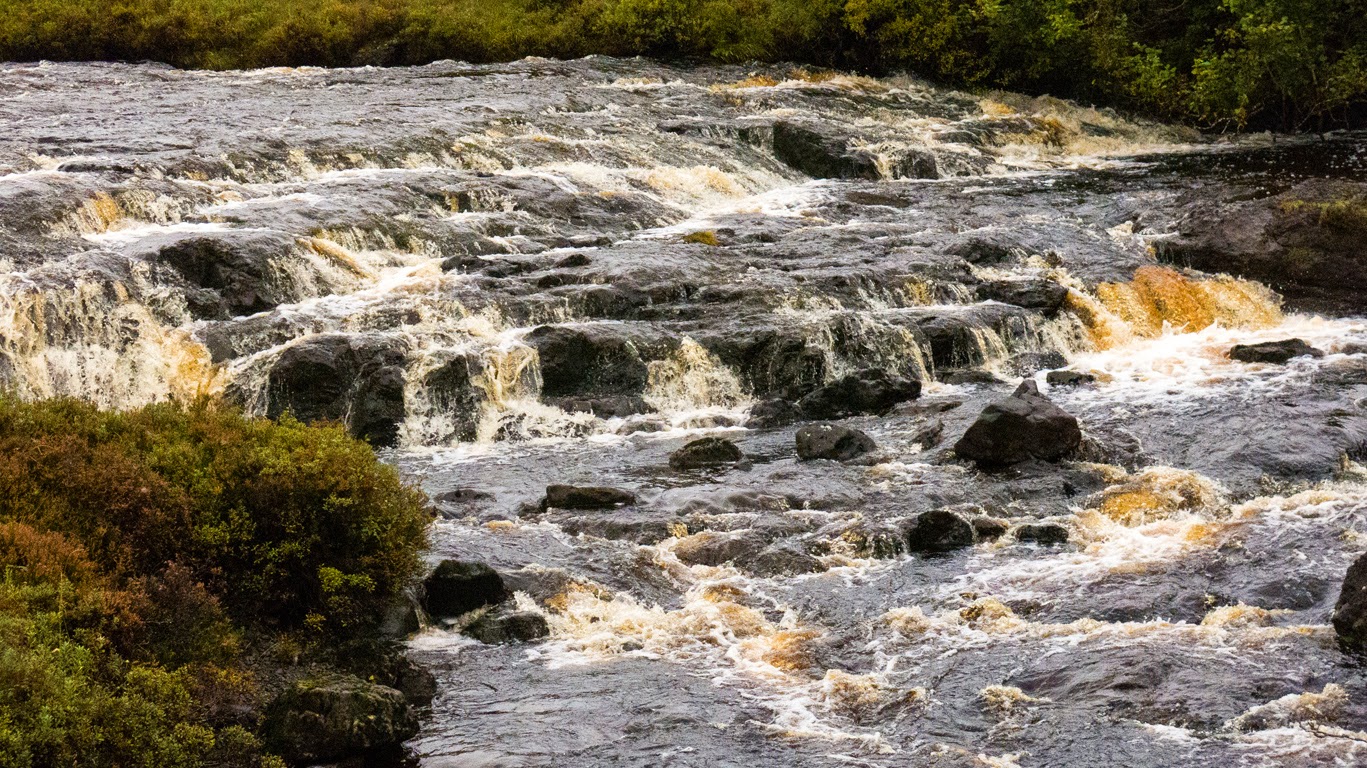 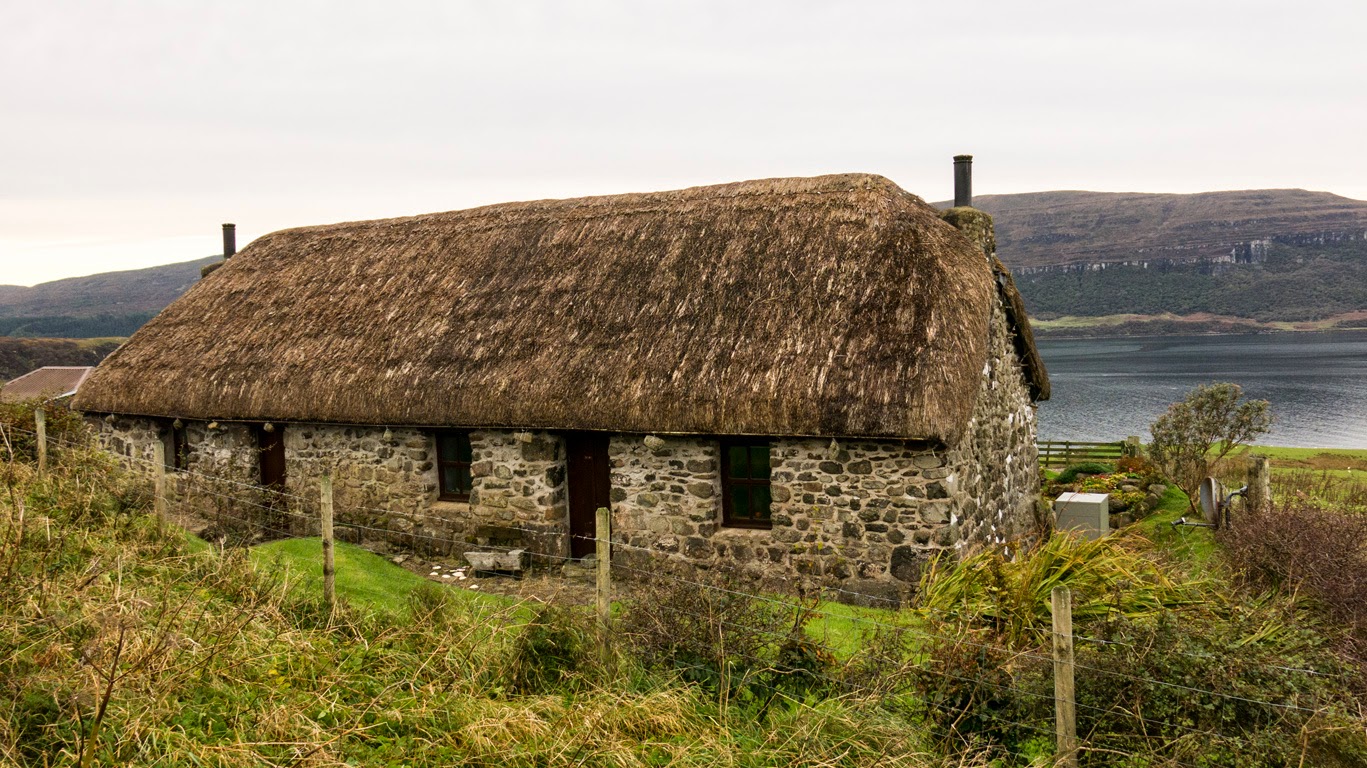 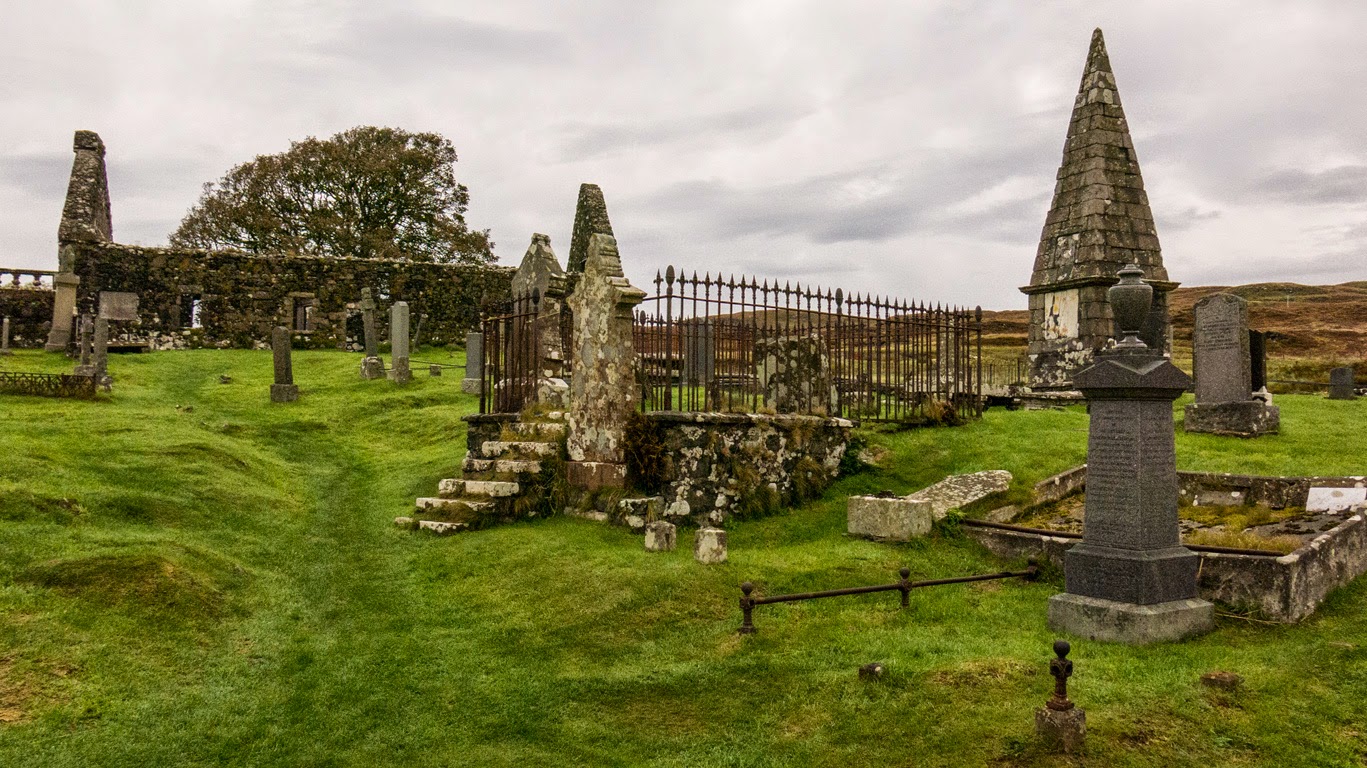 Did you notice the hint of blue sky? 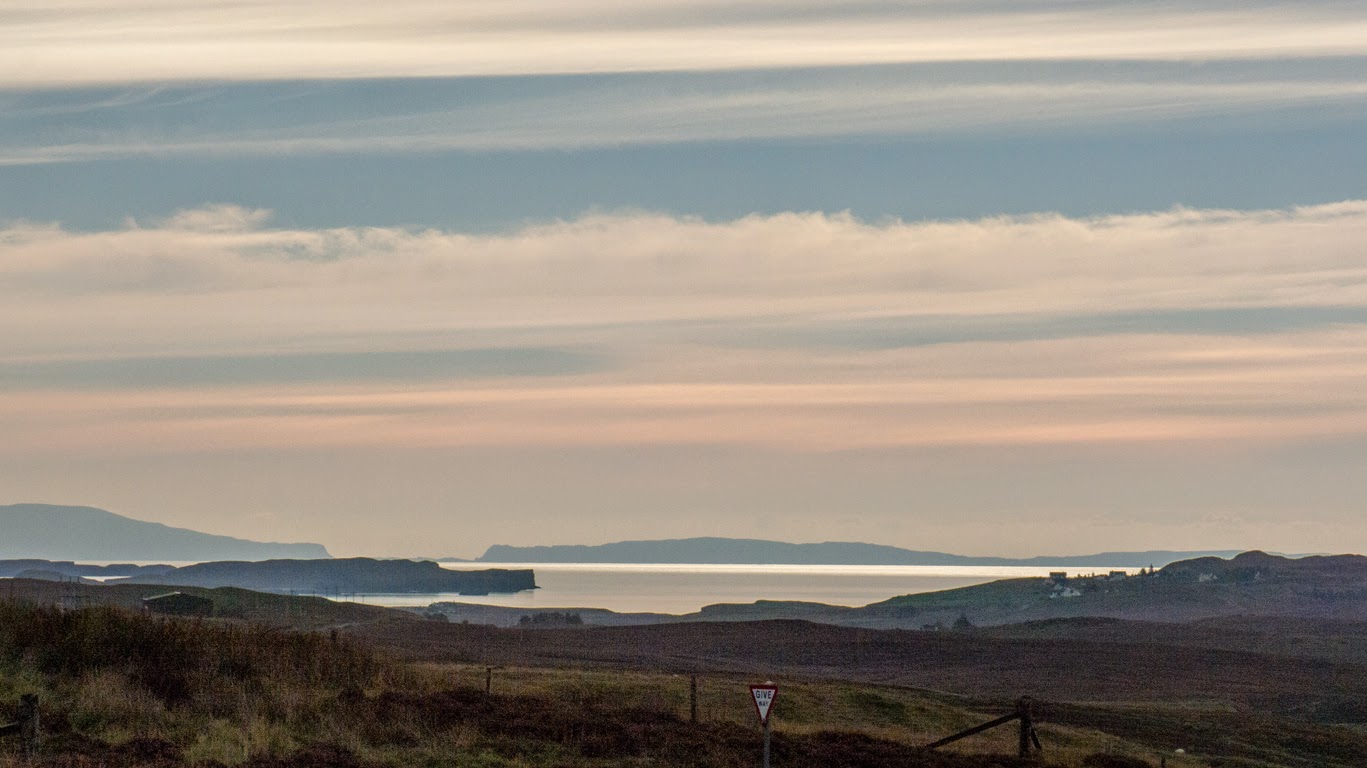 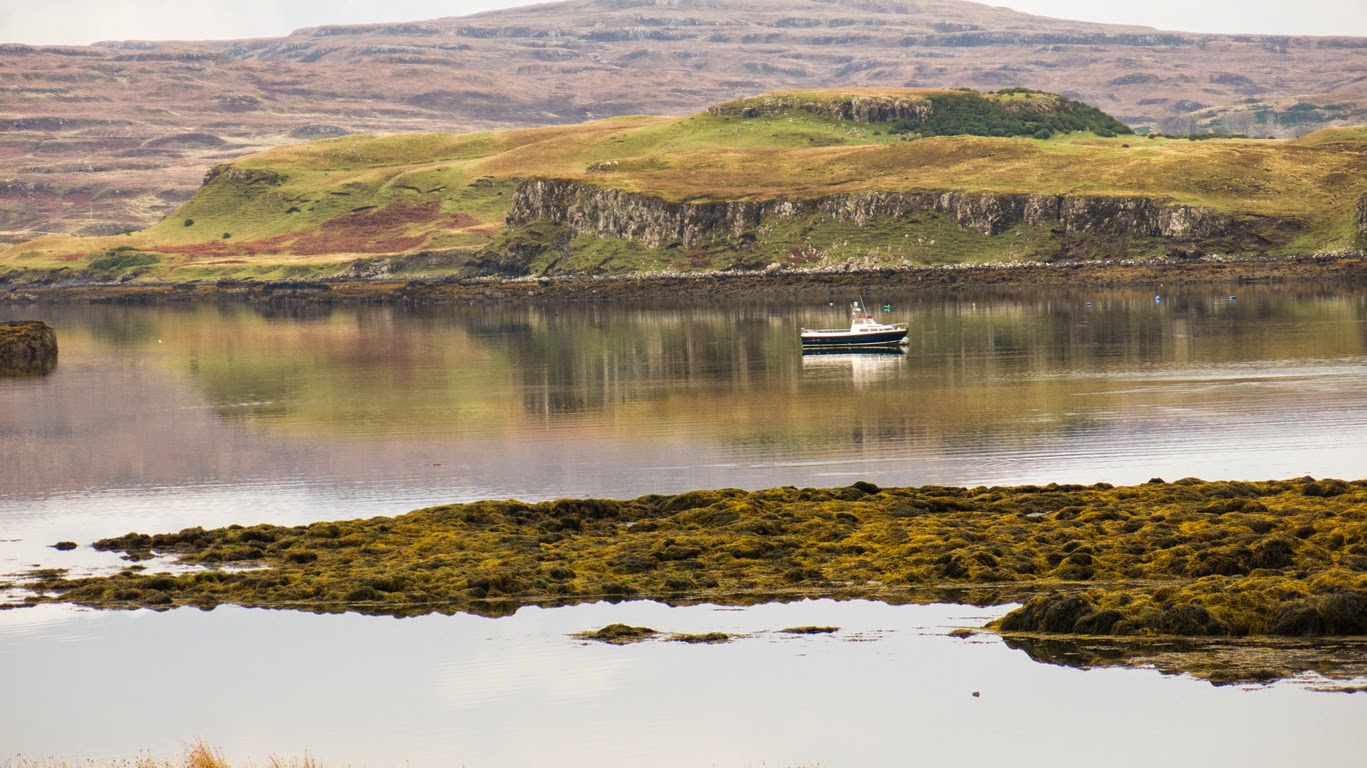 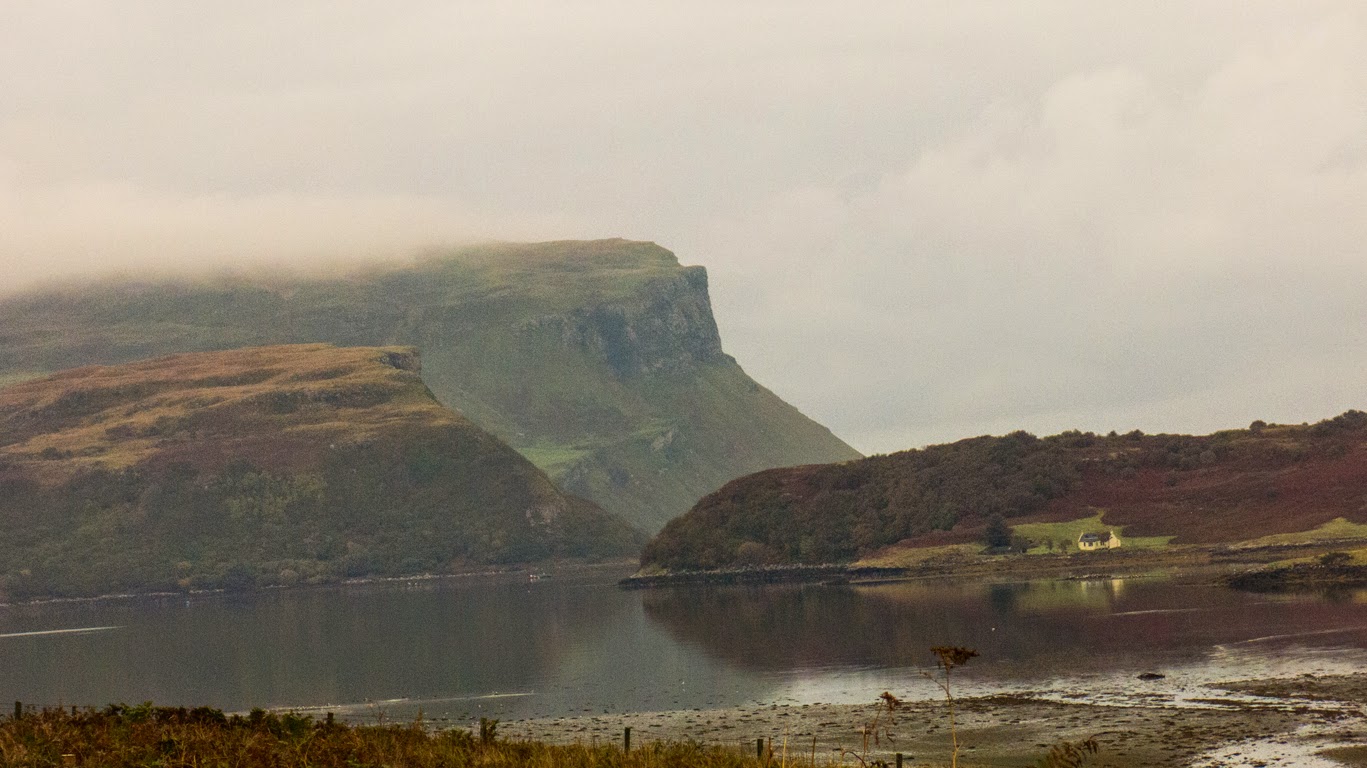 Tomorrow the forecast is for at least some blue skies.    Keep your fingers crossed……………

Posted by Our Retirement Journey at 1:55 PM