We have arrived in London.    It was an easy trip since we were flying business.    I’m not used to eating a five-course meal at midnight, but I did enjoy it.    We did quite well with our train changes to get to the hotel .       The train system has to get easier, doesn't it?

Unfortunately, five minutes after checking in, the manager came to our door with a very somber face.    He had received a call from St Mary’s Hospital that my sister had been admitted.   They gave him absolutely no other information.       (This is the same hospital where Prince George was born)     She was just ending her first solo European business trip and did not have an international phone.    I quickly called the hospital, no record of her.      I tried again in 20 minutes to have someone tell me they had her name, date of birth and address in file, but no information so she must not be there.      I retaliated with – how did you get all that information if she wasn’t there.      At one point I went so far as to enquire what the record would show if she was deceased.     He assured me that would show on the record, but that there was no record.

I decided to check e-mail,  and thank goodness there was a message from a good Samaritan to say she was okay, but was being treated for a broken finger.   Whew, not good but much better than where my mind was going!    To make this long story shorter, my Sister is fine.     She’s heavily bandaged and will need surgery when she gets home.     If you look carefully you can see her full hand bandage. 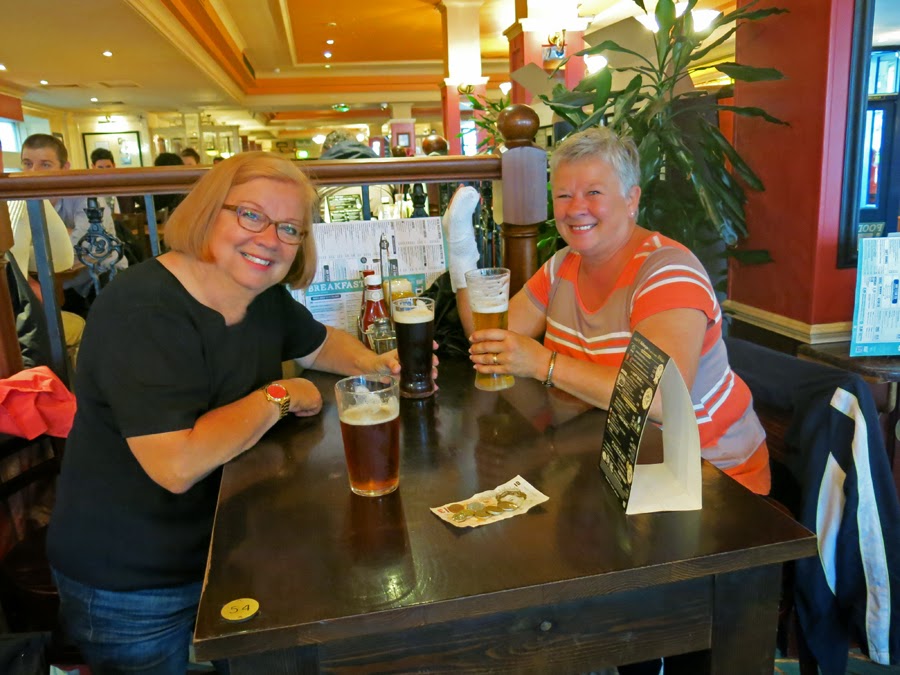 Her lesson from all this:    Never go on the up escalator with a pull luggage and a carry on.

Posted by Our Retirement Journey at 1:28 PM