During the summer of 1998, my older son and his friends decided to throw caution to the wind (as only kids on college break can do) and they went skydiving.

Well, fifteen years later this non-twenty year old also jumped out of a perfectly good plane.   To say it was incredible is too much of an understatement.     From the day I made the reservation in December until I made the jump on March 14th, I didn't have even one second of doubt or trepidation.

The day of the jump I had my own little cheering section.    Obviously RJ was there, but also my close friends Cheryl and Pete were traveling in the area and came to cheer me on.     None of them was willing to go with me, however.

I met my tandem guide and he got me dressed in my jumpsuit, gloves, goggles and harnesses.     There were certainly a lot of large metal hooks – Mike and I would not be parting company any time soon!       We were the first jumpers, so no time for second thoughts.     According to the pictures, I never stopped grinning the entire time.    It was wonderful! 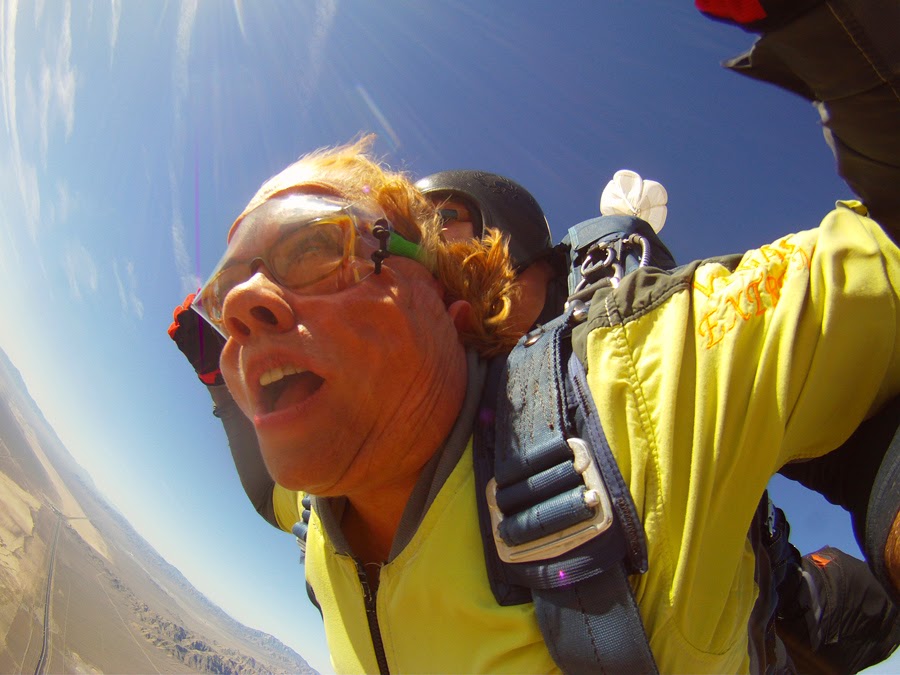 I commented to RJ later that it was extremely hard to breathe before the chute opened.    His response:  “if you had closed your mouth it would have been much easier”.       Actually I was told that I didn’t stop grinning the entire day. 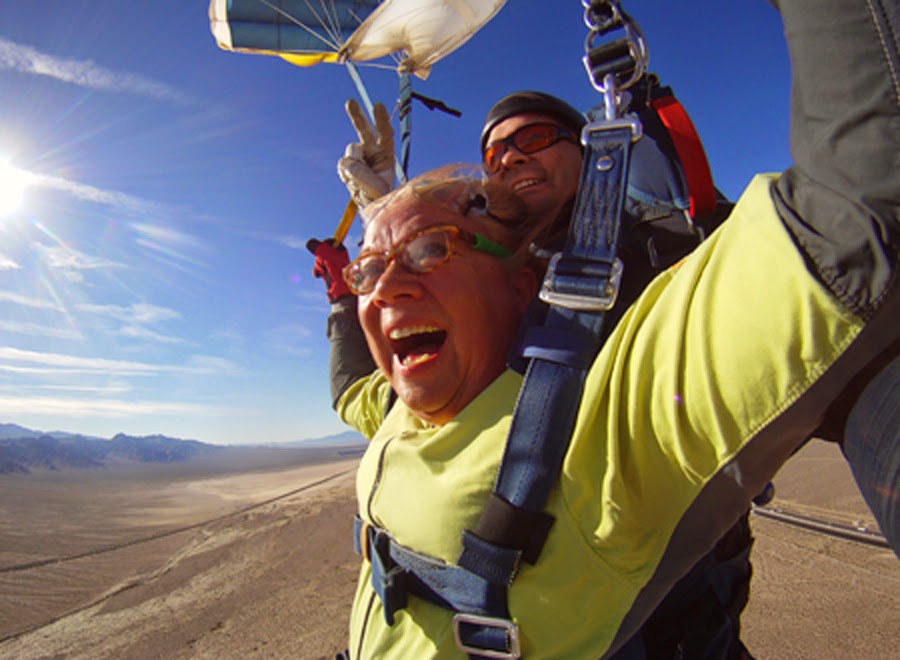 Mike let me control the steering for a bit after opening the chute.     I don’t know if I pulled too hard or what, but we definitely took a couple of sideways dives.     What a feeling of power.       Then, the peace of gently floating as you look out at the desert and mountains below.    The highway looks like a small ribbon.      I don’t know if I’ve ever felt so calm and at peace. 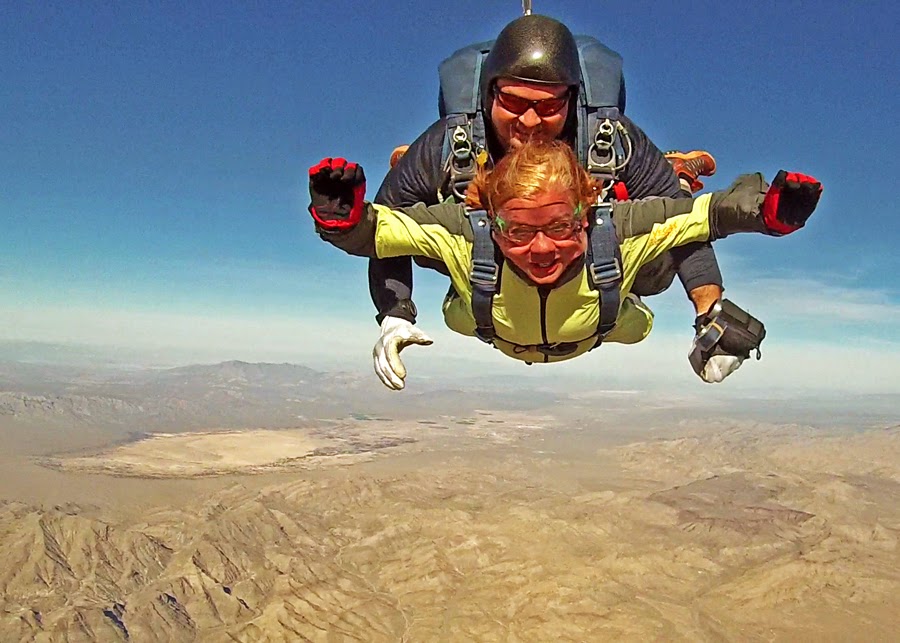 Would I do it again – Definitely. 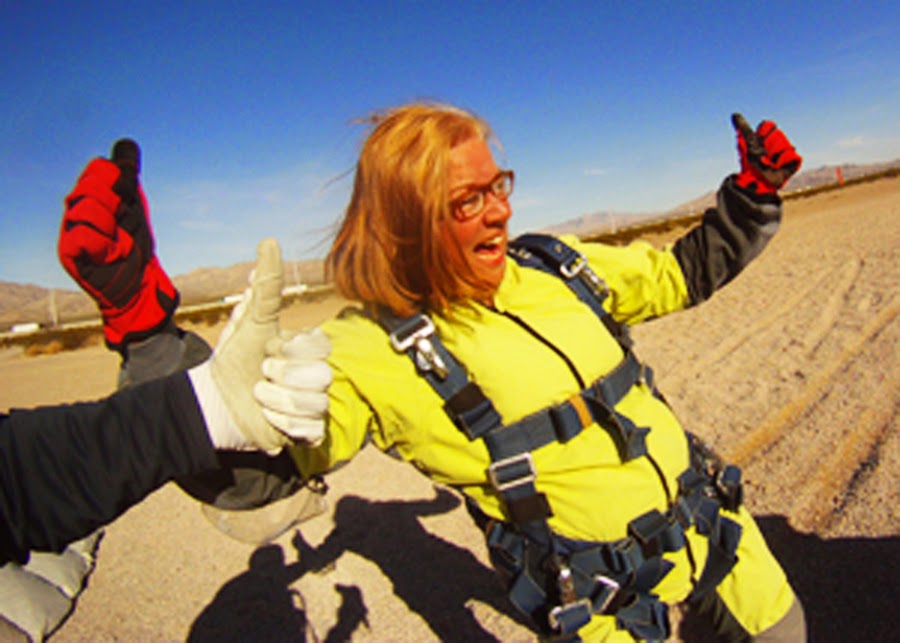 Will I do it again – I don’t know.    First there’s the Carrick-A-Rede rope bridge in Northern Ireland.     It’s about 65 feet long over a 98 foot deep gorge connecting the mainland with an island.     Magic date is September 18th……..

Posted by Our Retirement Journey at 2:46 PM