Thank you, Danielle, for recommending Kilmainham Gaol.     We had a fantastic guide.     She was very much a part of this time in Ireland’s history in her soul.     This gaol (jail) was used from the 1780’s to the 1920’s and was a place of suffering and despair.   After the failed Easter Rising, the rebel leaders were incarcerated here, joining a long list of Nationalists.     More than a dozen men were killed by firing squad, including James Connolly.    The blood of these martyrs made this gaol hallowed ground to the Republic of Ireland.      I would highly recommend this tour to all adults visiting Dublin.

My pictures will depict the older and newer sections. 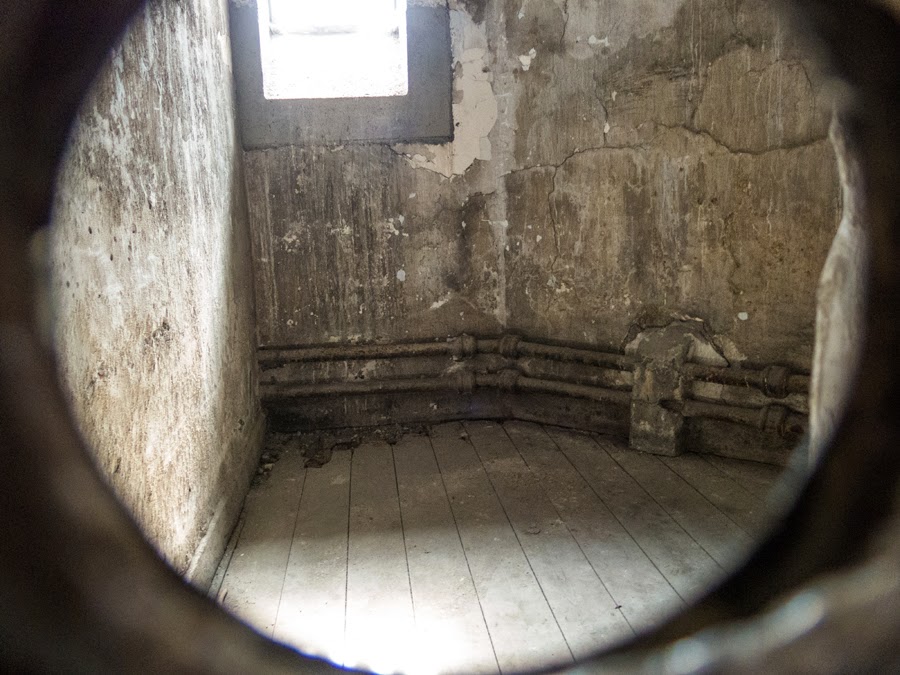 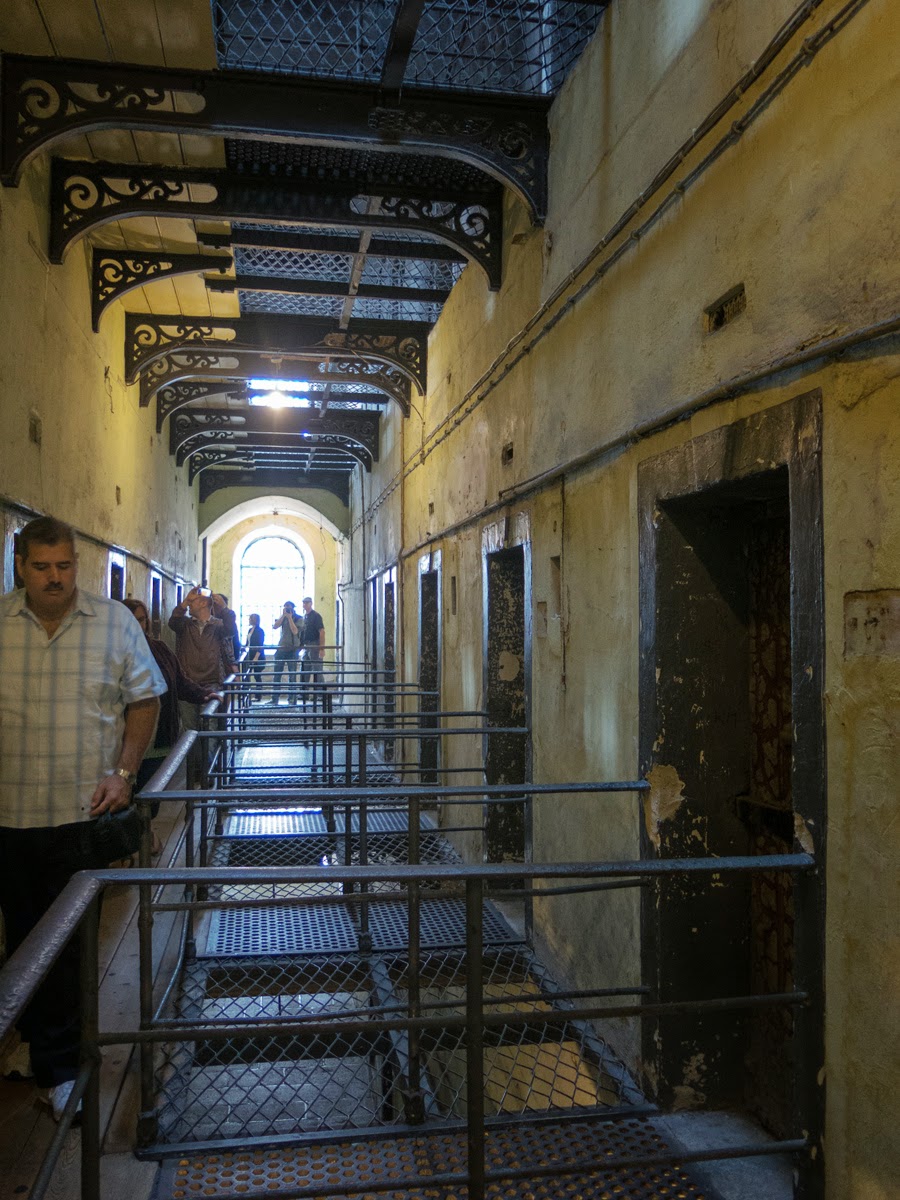 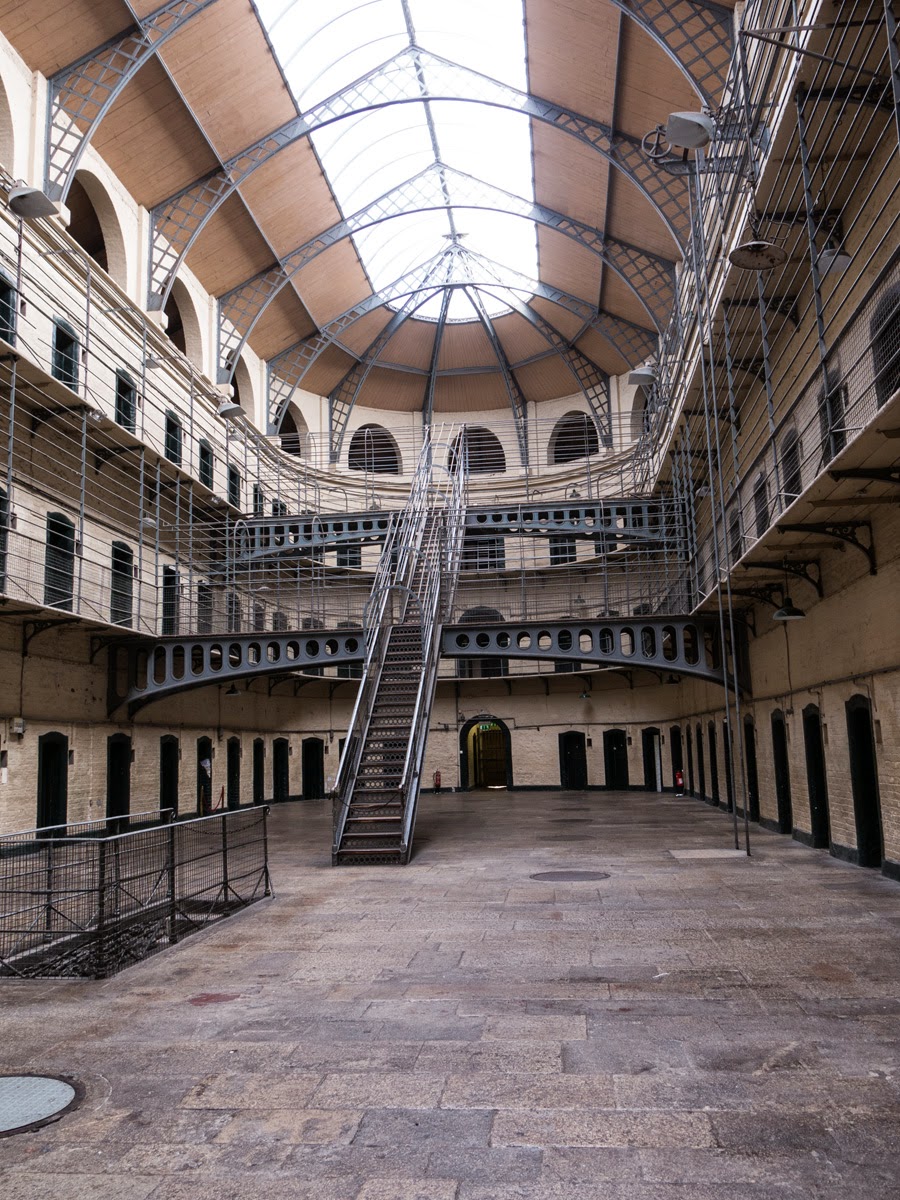 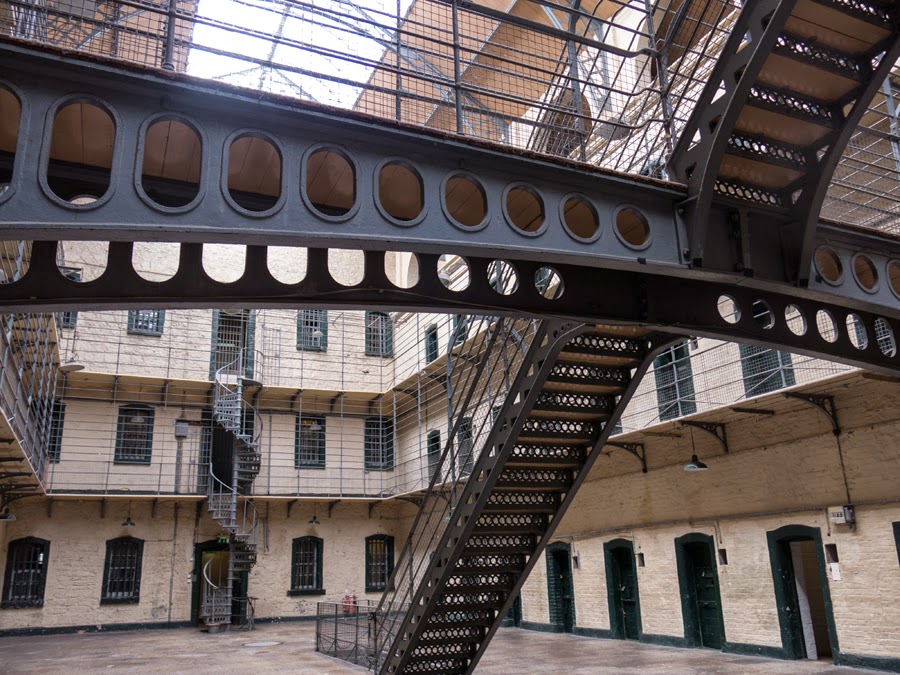 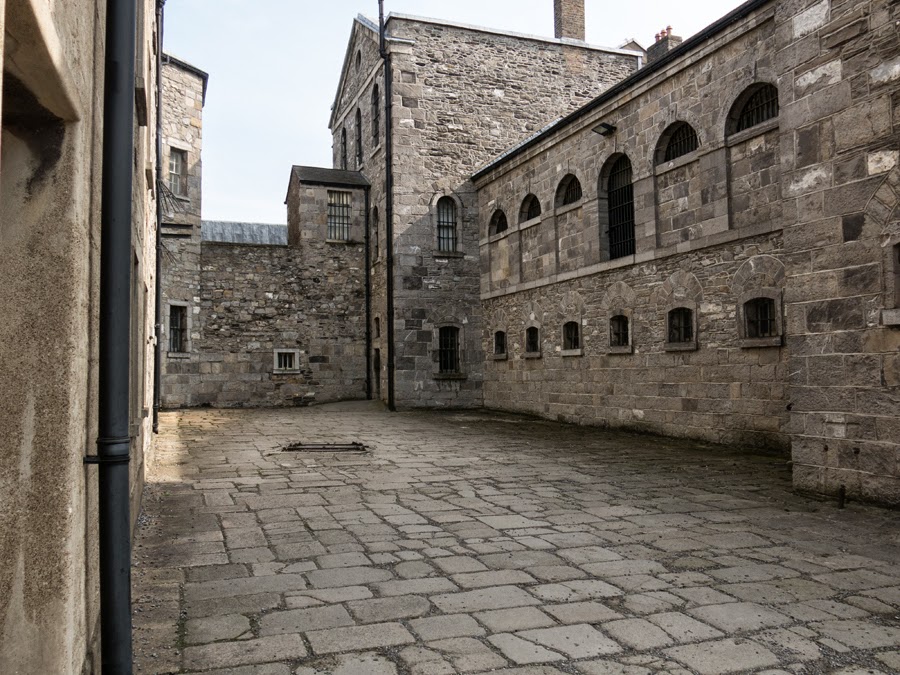 We found a beautiful pub for lunch.     Food was okay, but the beautiful (and very well  preserved) wood was incredible.    The ceilings were even well preserved.     We were told that all parts of the pub were old, nothing made to appear old.     The back of the bar was from an old apothecary, the staircase from an old church, etc.       This location has been used in several movies.     The staircase where I am posed was an intregal  part of the movie Educating Rita.     He mentioned several other movies, but memory fails me, again!    The pub was called Nancy Hands.      I forgot to ask about the name.        That’s a lot of references to a failing memory, hmmmmmm

Okay, Google came through for me and here is the information:
This great name was synonymous with the public house era in Dublin towards the end of the 18th century.  The interior features an authentic Victorian bar and original staircase from Trinity College, trodden by Michael Caine featured in the film “Educating Rita” 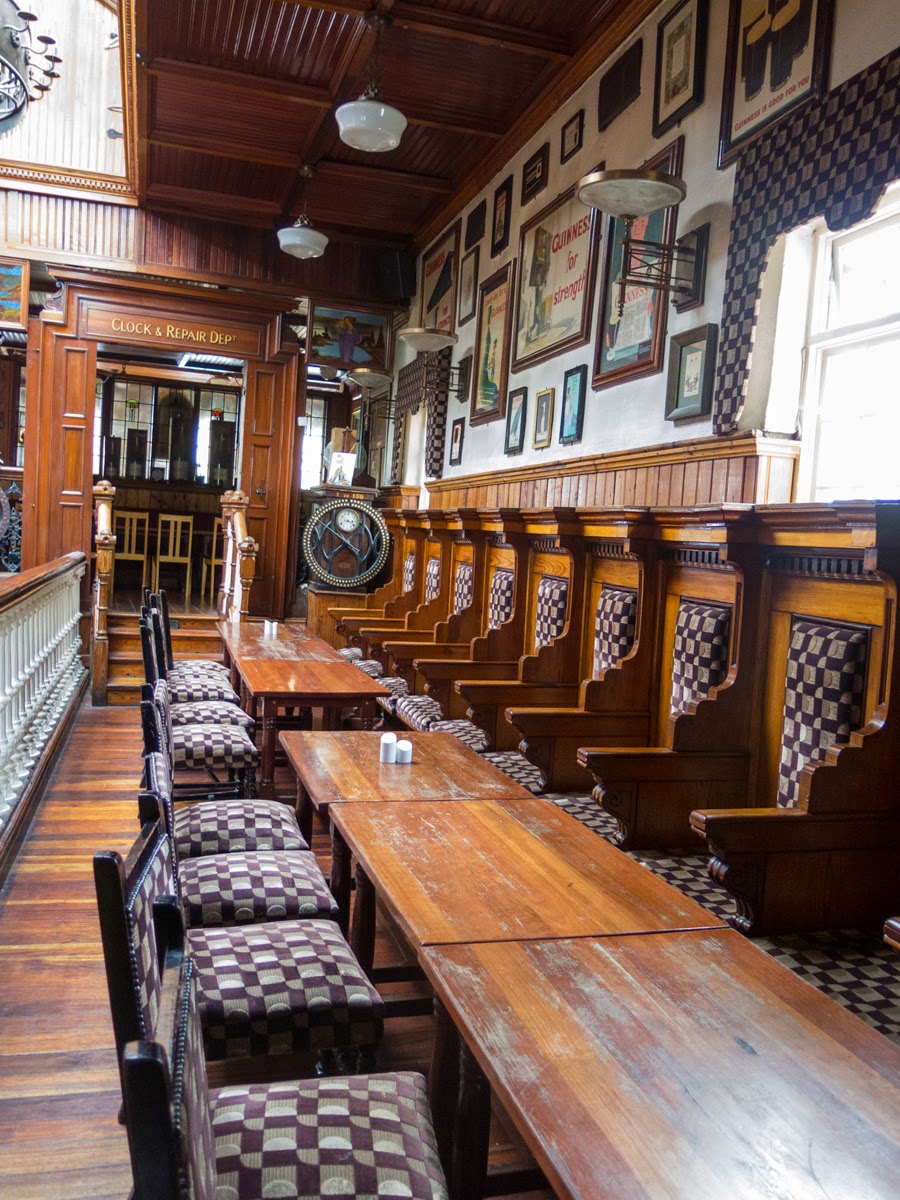 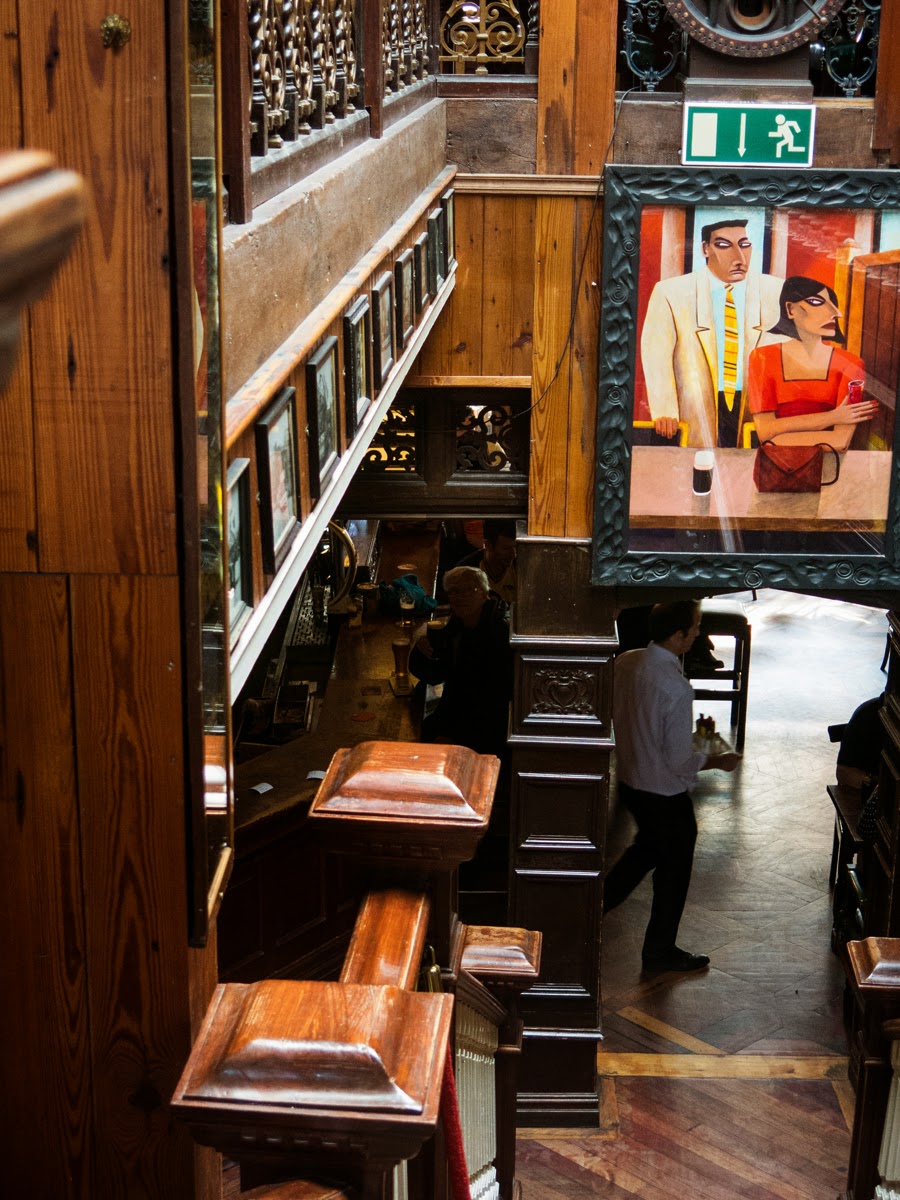 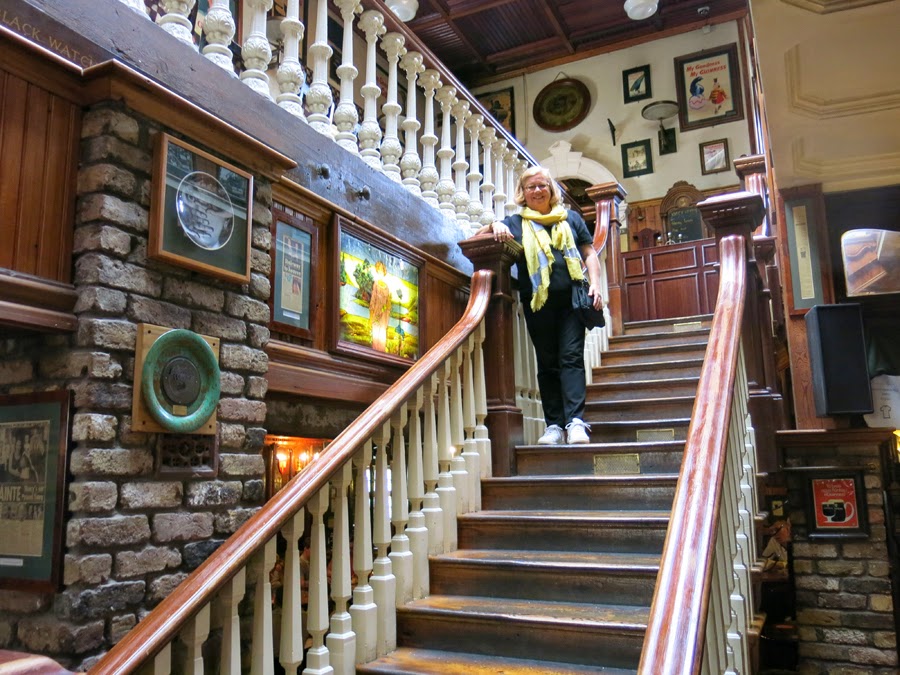 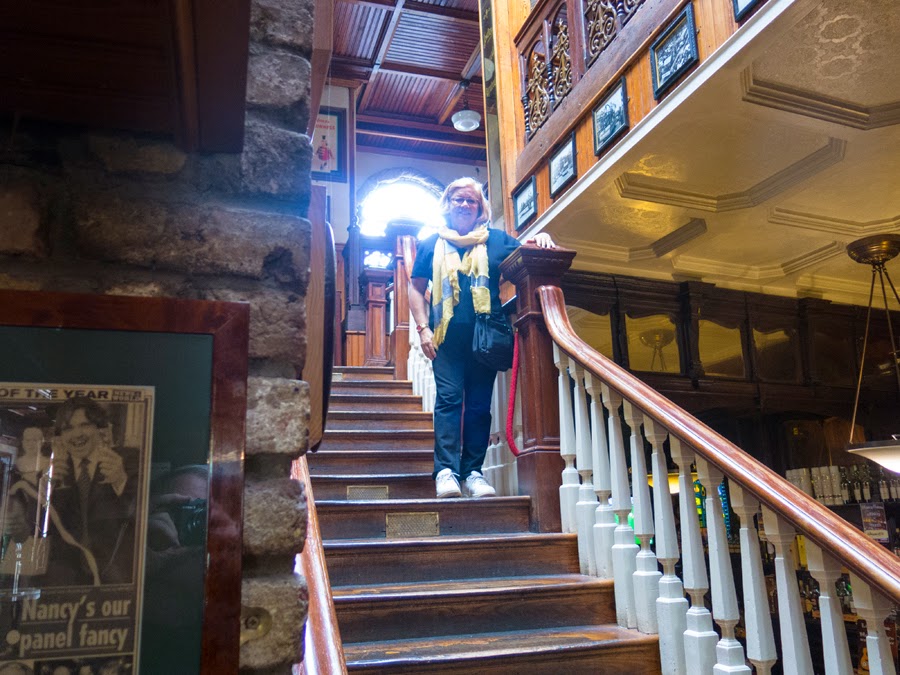 Yesterday we toured the Jameson Distillary.       I think I am maxed out on these types of tours, and we haven’t even gotten to Scotland yet!        The highlight was when RJ was chosen as one of eight official tasters at the end of the tour.     These individuals were given samples of American whiskey, Scotch and Jameson.      They were educated on the distinctive characteristics of each along with a tasting followed by a test.        RJ passed with flying colors and has his name on an official printed plaque which can be framed with pride when we again have a home.      For now it is safely packed away in a packing tube supplied by Jameson.     What can I say, he’s a man of many talents! 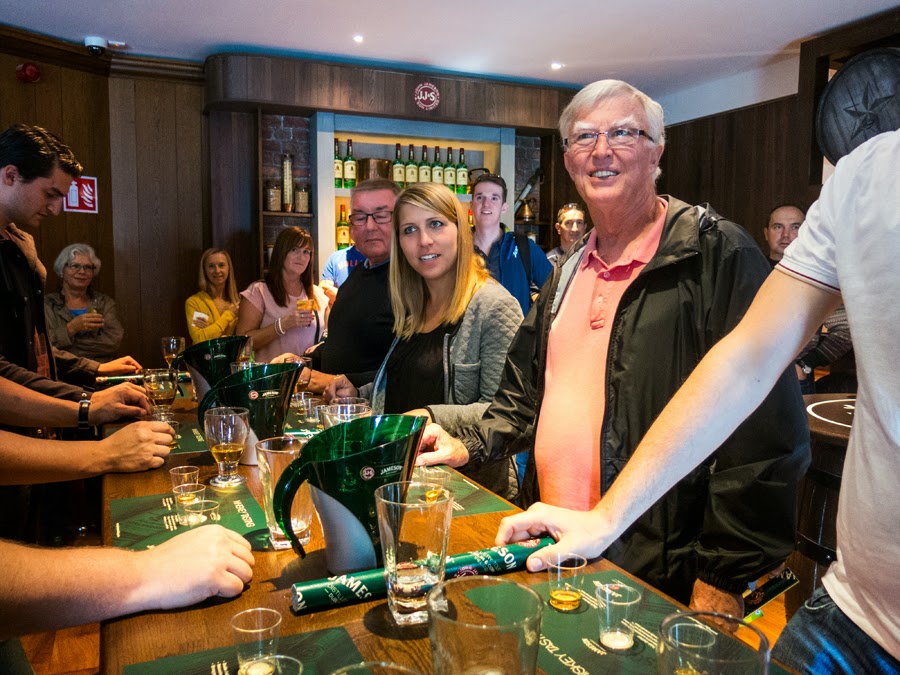 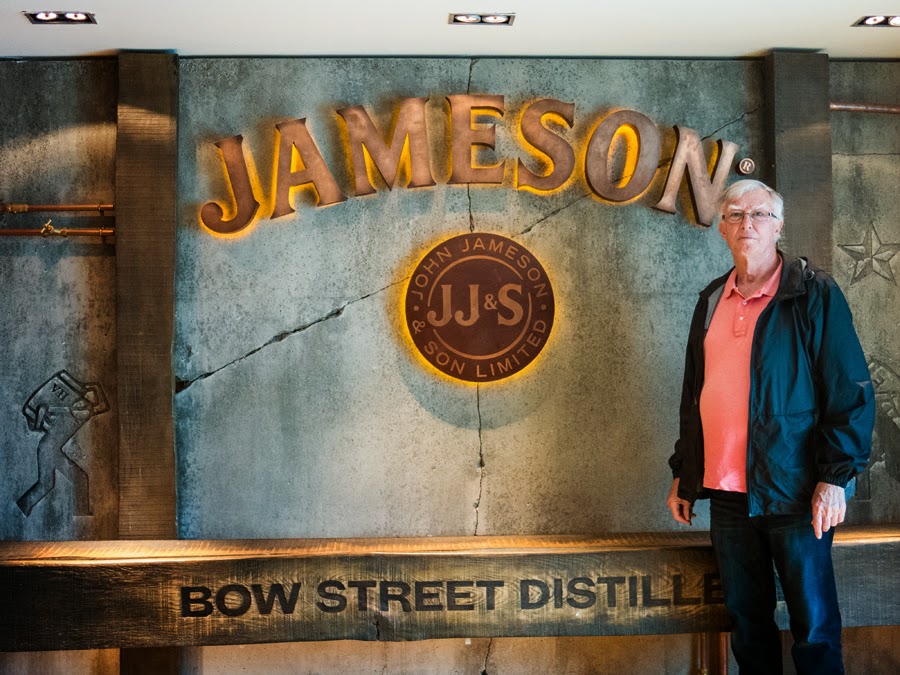 As hard as it is to believe, we skipped lunch, but did return to the Porterhouse Brewing company for prawns and fishcakes.      (and their own Hop Head Pale Ale and Porterhouse Red Ale).       Live music was great, again.      Love it…….

Posted by Our Retirement Journey at 2:01 AM