We had gone to a fish boil back in the 70's, but my memory wasn't too favorable.     Tonight we went to The Old Post Office Restaurant fish boil.      It's a beautiful evening for an outdoor performance.    I arrived early to get the only bench where the sun was at my back.

Our Boilmaster was named Torch.     I rather doubt that is the name on his birth certificate, but he definitely earned the name tonight.      In addition to tending the fire and food, he is a great story teller.    We learned much about the process as well as his heritage in Door County.    He was very entertaining.

We started out with a pot of boiling water and a healthy fire. 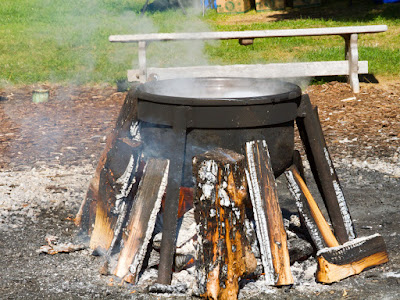 The potatoes are added first and are left to boil for a while. 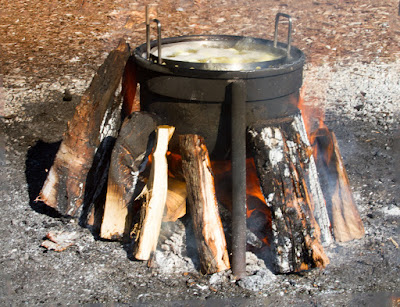 There's a sizeable stack of firewood off to the side.    He informs us that in the off season they cut and chop wood, making a stack the size of one of the rental cabins nearby.

It's time to add the onions.    We are told they are the only fish boil that uses onions for flavor. 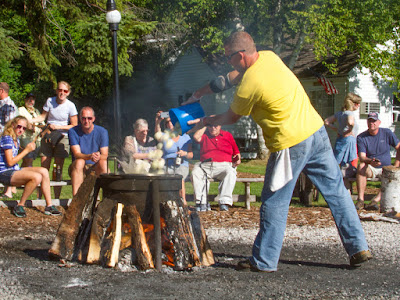 Finally, the star of the show, the white fish.      These are caught by a local fisherman who cleans them and they arrive ready to boil the very next day.       We are told that the fish get bigger as the season progresses as they prepare for the spawn in October. 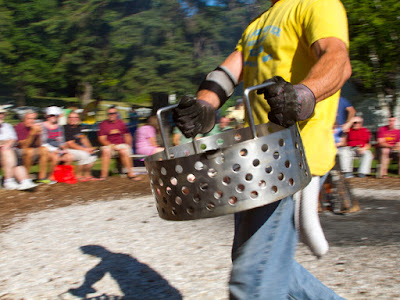 It's time to get the "show" on the road.     I'm not sure what he adds to the water at this point, but the result makes everyone gasp! 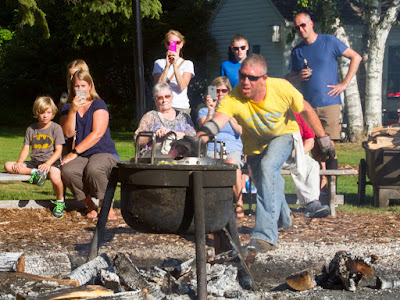 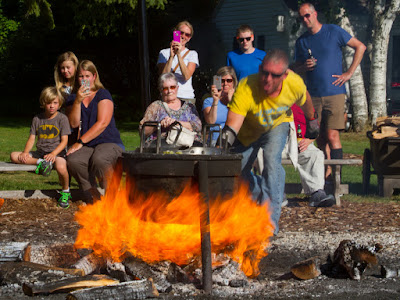 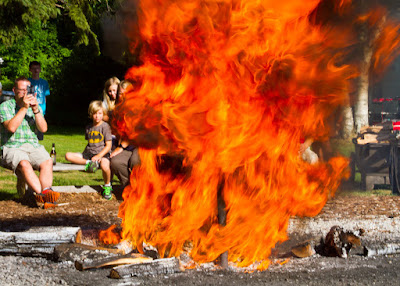 At this point you can see the water boil over, thus the name "Fish Boil". 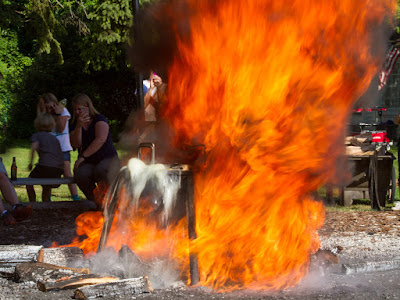 Torch and a buddy quickly remove the baskets of food which we will be eating a bit later. 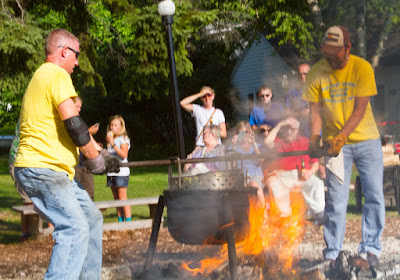 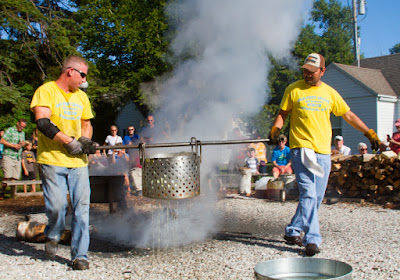 There are 110 of us here tonight, so Torch will need to "boil" a few more fish.      Most of the people left immediately to get in line.      A few of us, however, felt no need to stand in line rather than enjoy the rest of the evening.      (After all, our tables were reserved just for us.    Doesn't matter if we are first or last)

Torch proceeds to give us more tidbits of information, including the fact he feels the fish he is cooking now is better than the earlier fish because they are gently simmered rather than going through the hard boil that produced the majestic fire pictures.

We finally decide to head to the buffet and then our table. 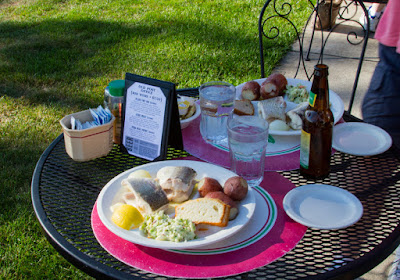 Our Server promptly arrives to debone our fish.      He does a good job, but there are still all those erratic bones to watch for.

The food, however, is much better than I remember.    Maybe it's the melted butter I've poured over the potatoes and the fish.    Maybe not, but ????? 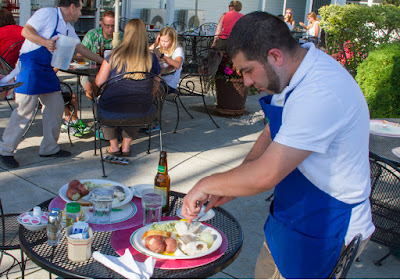 I can't believe how lucky we have been with table locations.    We are again given a front table so that we have this incredible view right across the street.      Have to love Door County!

Only one more day in this beautiful location.      I'm sure there will be a few more pictures!

Posted by Our Retirement Journey at 7:42 AM