Shooting with a friend


What a fun day with my photo/gardening/traveling buddy.     Cheryl adjusted her itinerary to spend some time in the Asheville region before continuing on to Florida for the winter.

We met up in the town of Cherokee.     This area of the Great Smoky Mountains was settled by traditionalist Cherokees in 1819.

A little background history.    By the late 18th century, 75% of Cherokee land had been lost through treaties.   Settlers forced them to fight for their land.      Then, gold was discovered in Georgia in 1828 leading to America's first gold rush and totally changed the perception of the region.     1830 brought the Indian Removal Act offering territory out west in exchange for their homeland.

The North Carolina Cherokees worked against removal.    This Qualla Tribe was determined to not be a part of the Cherokee Nation covered under this Act and not subjected to their expulsion by the U.S. Government.   After much debate, federal authorities allowed the Qualla to stay.

Today they are the Eastern Band of the Cherokee Nation with their tribal headquarters located in this community.  There are museums, festivals, art galleries, schools, medical facilities etc.

However, we were here to talk and do some photography, so we left the city behind and moved on to Mingo Falls........

Hiking was not part of our plan, but there is frequently some of that involved to get to waterfalls.     Here is part of the stairway we got to climb.      Fortunately, we had so much to talk about that we would have to stop ever so often to chat   (and lower the heart rate) 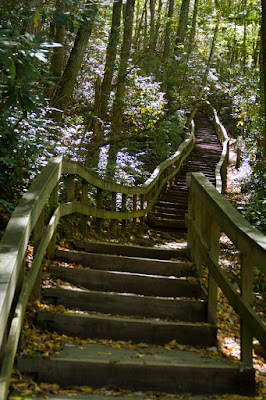 Mingo Falls drops over 100 feet.     Imagine what this must look like in the spring. 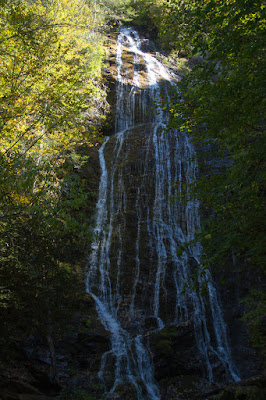 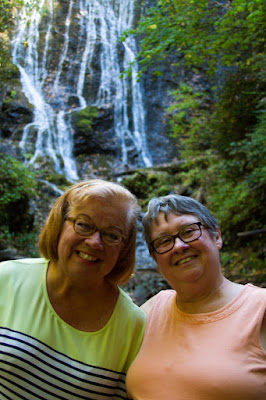 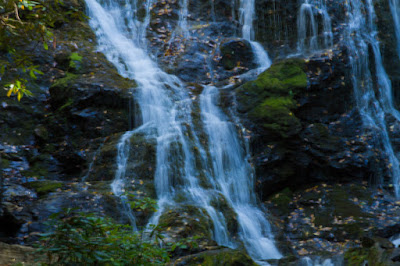 As we were leaving we both spotted this cabin on the river bank.    An immediate stop was mandatory.    We had practiced this routine to perfection over the years of scouting out new plant nurseries and quickly found an illegal parking spot, grabbed the cameras (instead of charge cards) and started shooting. 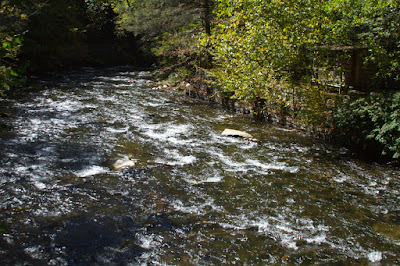 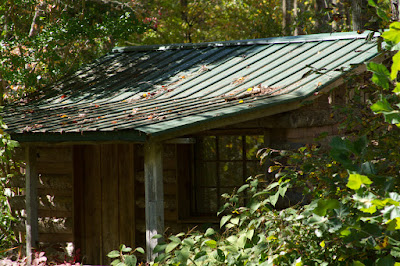 Posted by Our Retirement Journey at 8:33 AM