Biltmore Conservatory and the Forests

Looking out over the beautiful gardens and the vast hills of forest, it is hard to imagine what this looked like when Vanderbilt purchased these 125,000 acres.      The land had been farmed without replenishing the nutrients.     Loggers had come in and totally cut everything down without replanting.

Planning his Biltmore Estate in the late 1800s, George W. Vanderbilt hired Frederick Law Olmstead to create several acres of magnificent gardens and to design the terraces and grounds adjacent to the main house. Olmstead is also well known as the person who designed New York’s Central Park and the landscape around the Capitol Building in Washington D.C.

At Olmstead’s recommendation, Vanderbilt next hired Gifford Pinchot to manage the estate’s additional acreage – approximately 125,000 acres of rugged Appalachian forestland. At the time there were fewer than ten individuals in the nation with any formal forest-management training – and they had all received that training in Europe. Pinchot’s arrival marked the beginning of “scientific forestry” in the United States. Soon after beginning his employment at Biltmore, Pinchot was selected to become the director of the newly formed USDA Forest Service.

Pinchot suggested Vanderbilt hire as his successor Dr. Carl A. Schenck, of Germany’s University of Darmstadt. Schenck’s arrival in 1895 began a tradition of regional scholarship, preservation, and conservation that eventually evolved into the Pisgah National Forest’s Cradle of Forestry.   With Vanderbilt’s support, Dr. Schenck founded the Biltmore Forestry School in 1898.

On the grounds, this beautiful Conservatory now houses tropical plants, but during the time the Vanderbilts lived on the estate, it provided plants and flowers for the house. 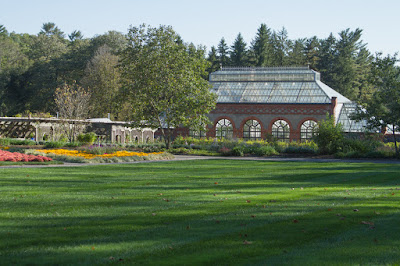 I liked the whimsy of this orchid. 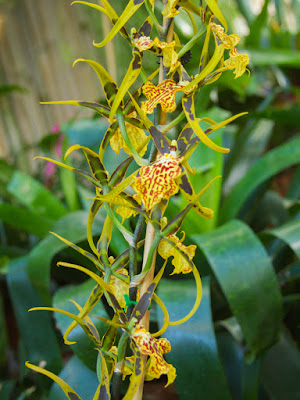 Passion flowers are, well, a passion of mine.      I had a large one on my deck every summer. 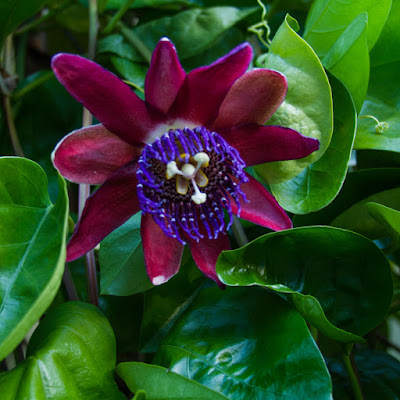 Another favorite, Bird of Paradise. 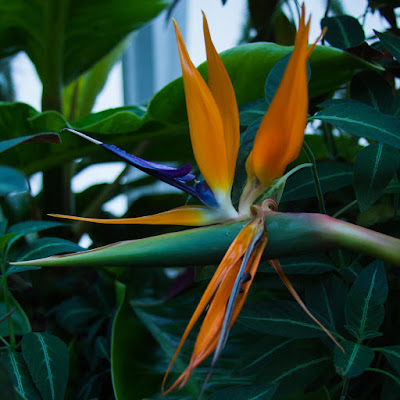 A poor picture, but I love the modern simplicity of this orchid. 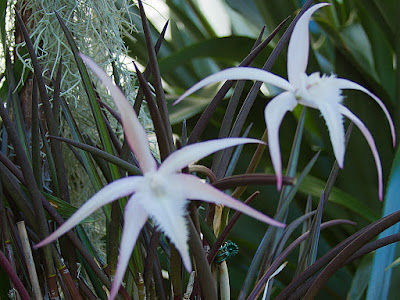 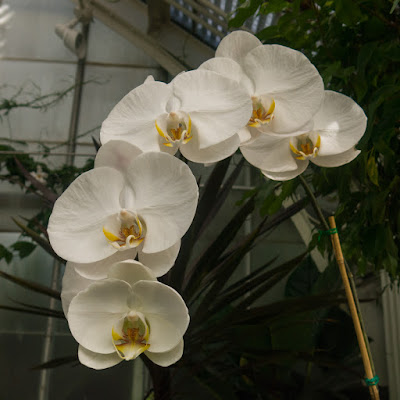 Posted by Our Retirement Journey at 6:00 AM