Our thanks to Jim W. for telling us about this beautiful city park in Lansing, Iowa.    We've been in (or through) this river town many times but didn't know this place existed.

The view was incredible. 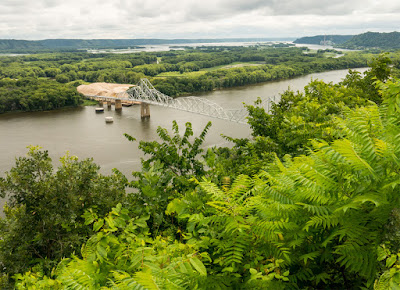 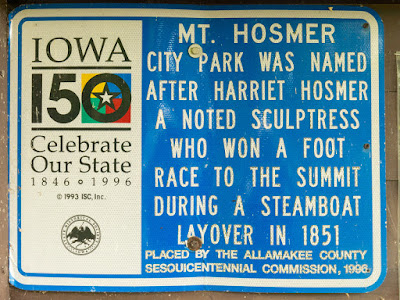 Harriet Goodhue Hosmer (October 9, 1830 – February 21, 1908) was a neoclassical sculptor, considered the most distinguished female sculptor in America during the 19th century.   Among other technical innovations, she pioneered a process for turning limestone into marble.   Hosmer became one of the leading female sculptors working in Rome in the 19th century and perhaps the only one to win complete financial independence through her artistic work.

Front view of Beatrice Cenci, marble sculpture (1857) by Harriet Goodhue Hosmer. Location of sculpture is the Mercantile Library at the University of Missouri-St. Louis, St. Louis, Missouri, USA.    Image obtained on the internet.

The park also has a Veteran's Memorial. 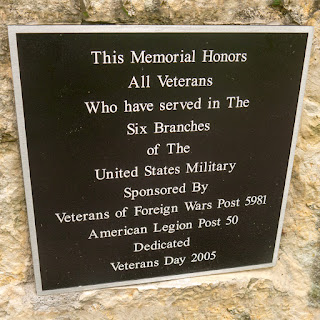 I know the Military Branches are the Army, Navy, Marine Corps, Air Force and Coast Guard.

Does anyone know why this plaque refers to the Six Branches of the U.S. Military?       One article I found called "The Home Front" the sixth branch.     I know the five branches of the military plus the Public Health Service and NOAA are called Uniformed Services.     Can anyone help me out here?

This is a very peaceful setting to remember all who have served. 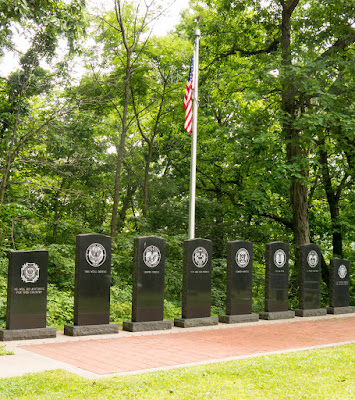 The World War I Memorial is in a different area. 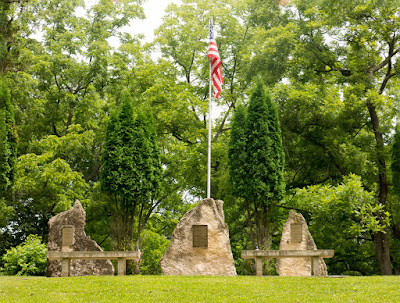 If you find yourself in Lansing, take 6th Street N to find the entrance.     I think it's a local's secret place since I saw no signs until we reached the entrance.

They have a couple of picnic tables and grills, a playground area and two hiking trails that start at the top - no idea where they go. 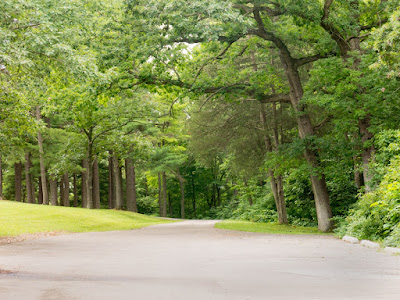 We met my cousin and his wife for lunch at the newest restaurant in town.     No free publicity here since I would rate it as just "so so".      The conversations and "catch up" time was great however!


Posted by Our Retirement Journey at 1:54 PM