We bought a new home, so we had typical builder landscaping - nothing too exciting.      We've been in for three months and decided it was time to make it our own.....

Our front was nice enough with a magnolia tree, etc.     I never did like the flowering tree next to the house.     We donated that to the compost pile! 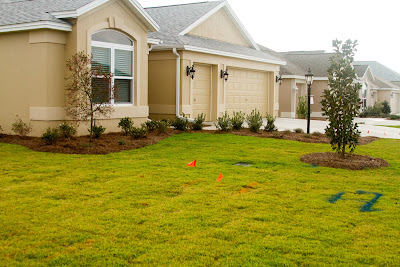 We moved in November 21st.     The next day was my birthday and I decided the best gift I could give myself would be to pull out all the ugly shrubs they had planted along our lanai.     It was actually a very easy job since they had been in the ground less than a month. 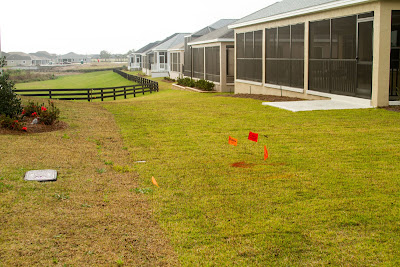 The designer and crew of three arrived around 9 a.m. and began unloading. 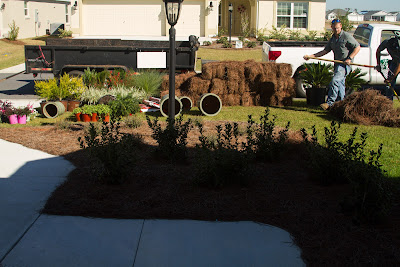 We have been working with Susan (lime green shirt) a landscape designer at a local nursery.    She is one of those neat ladies who understands that while she is the expert, I am the customer.     There were lots and lots of changes as the day progressed and she took it all in stride.   In fact, after our two meetings at the nursery (and one at our home) she knew what she was facing and brought a few options for me that weren't in the plan.     Smart lady!

The crew wasted no time in removing the Magnolia tree and moving it to the backyard. 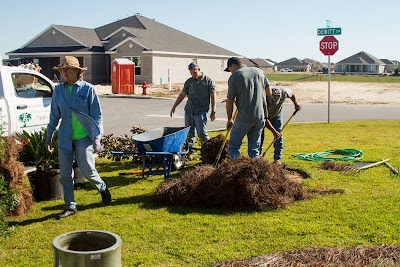 They placed the muhly grass and flowering firecracker plants along the back.      There is a bottlebrush shrub at each end   (one of them also moved from the front yard) 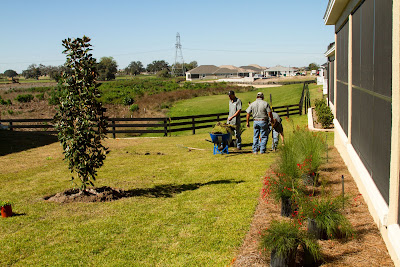 It was time to remove sod and form the featured bed.     It was obvious immediately that it was way too small.      Susan assured me it will be adjusted once the tree arrives. 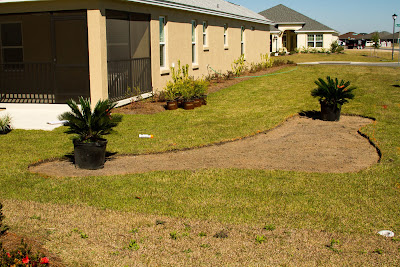 Our large tree bed will also have two sago palms, and filler plants.     These two guys took turns digging the hole.    Fortunately we are mostly sand and it was cool today   (75 degrees)      I delivered a lot of bottles of water!     The bales are pine straw which we use as mulch. 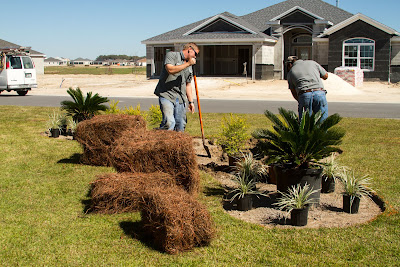 This bed at the other end of our back yard also got enlarged a couple times.      I am so glad Susan is a patient person.      I was frequently changing placement of the plants   (you know how I like spacing between things).     I did agree that this smaller bed should be more closely planted - I can always dig a few out later if need be.

When we broke for lunch, I was sitting on the lanai and two finch were already in my bottlebrush bush.   YES! 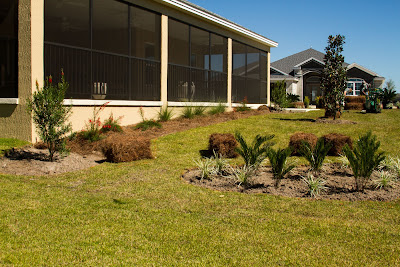 At this point the truck arrived with the trees.     That, however, will be tomorrow's post.


Posted by Our Retirement Journey at 12:21 PM