After leaving the Lodge area, we drove to several other vistas, Encantada, Roosevelt, Wallhalla and Angel's Window. 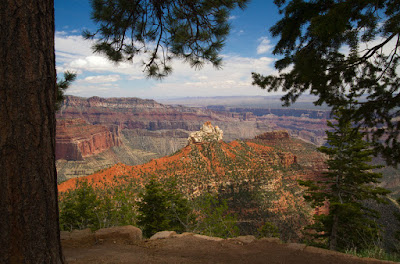 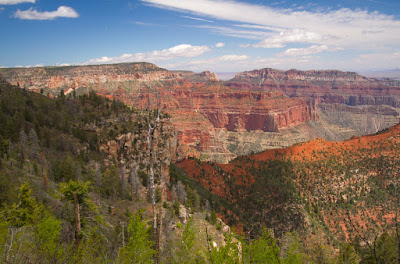 If you had visited this plateau 900 years ago, you would have encountered prehistoric Indians known as the Kayenta Anasai.      They are believed to be the ancestors of the present day Hopi Indians who live near the Grand Canyon.

About 1150 A.D. they left the Canyon, possibly because of a decline in rainfall which discouraged farming.     Can't blame them, could you imagine farming on these rocks? 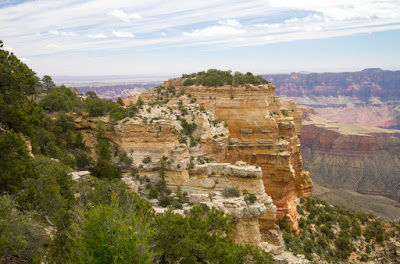 The Unkar Creek runs through this area. 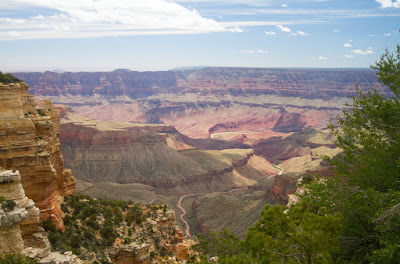 This opening is called Angel's Window.    You can barely see the Colorado River through the upper part of the opening.

You can also see the people on top of this huge rock.     I took some of the preceeding pictures from up there! 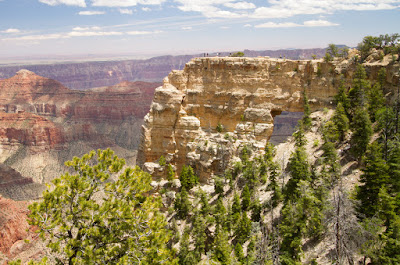 One more day of Grand Canyon North Rim pictures then we are moving on.......


Posted by Our Retirement Journey at 5:24 AM