The story of Cliff Dwellers begins during the Great Depression, when Blanche Russell gave up a highly successful dancing career back East to tend to her husband, Bill, who was suffering from tuberculosis. The couple packed up and moved to the Southwest, crossing the recently completed Navajo Bridge across the Colorado River south of Lees Ferry about 1927. 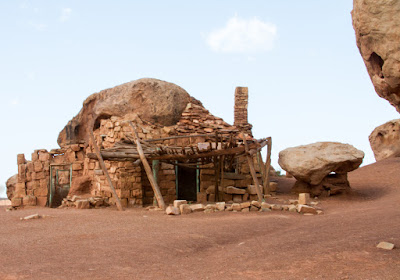 The Russells only made it a few more miles, however, before their car broke down near the big rocks. Blanche got it in her head that it wouldn't be a half-bad place to live and the couple threw up a lean-to of tarpaper and boards against the largest rock. Then, she started serving food to passers-by in return for labor as the house got larger.

Pretty soon, the couple had a full-scale restaurant on their hands and added a hand gasoline pump for some of the earliest motorists to the Canyon's North Rim. They also catered to members of the Church of Jesus Christ of Latter-day Saints in wagons who were taking the Mormons' nearby Honeymoon Trail to have their marriages sanctified at the temple in St. George, Utah.

In the back of the house you can see how large the primary rock actually is. 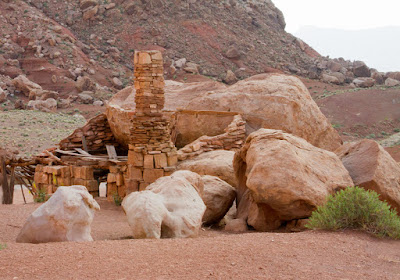 This was the "out house".     I forgot to take a picture of the interior, but it looks like I remember from my grandparent's farm.   (minus the Sear's catalog) 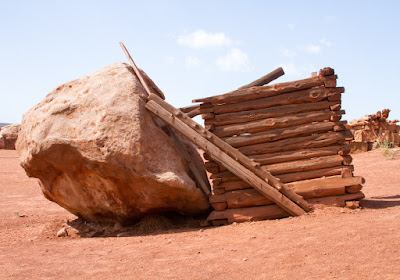 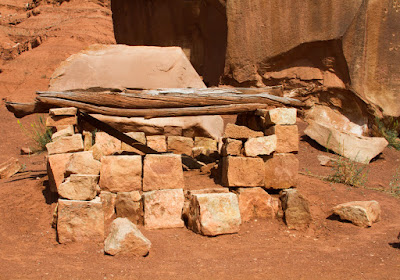 I think I may have found the guest house 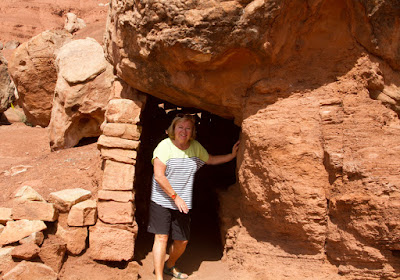 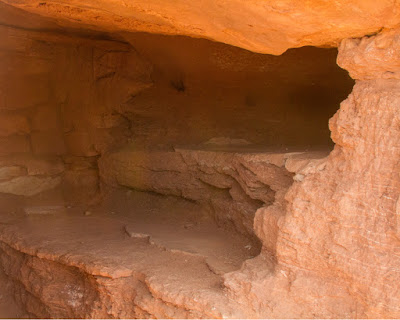 The Vermillion Cliffs were on an important route from Utah to Arizona used by settlers during the 19th Century. The area was explored by the Mormon pioneer and missionary Jacob Hamblin, who started a ranch at the base of the cliffs in House Rock Valley. Present day U.S. Highway 89A basically follows the old wagon route past the cliffs through House Rock Valley and up the Kaibab Plateau to Jacob Lake. 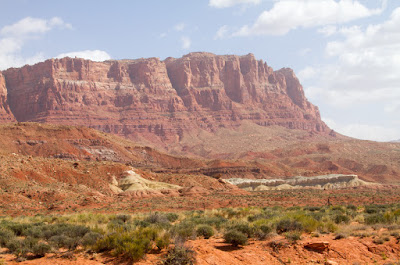 The Vermilion Cliffs are the second "step" up in the five-step Grand Staircase of the Colorado Plateau, in northern Arizona and southern Utah. They extend west from near Page, Arizona, for a considerable distance, in both Arizona and Utah. 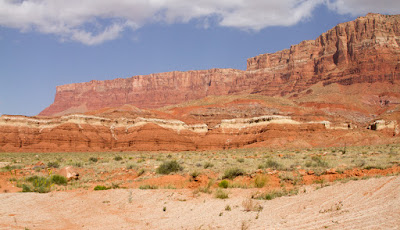 112,500 acres of the region were designated as the Paria Canyon-Vermilion Cliffs Wilderness in 1984. An even greater area was protected within Vermilion Cliffs National Monument in 2000. 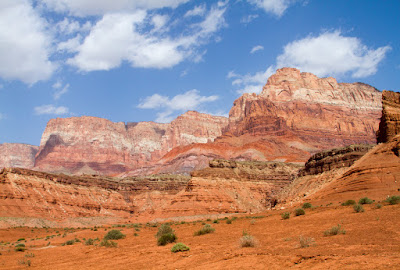 Posted by Our Retirement Journey at 12:48 PM