The Mizpah Hotel originally opened November 17, 1908 in the fast growing mining town of Tonopah NV.     It offered luxury to weary travelers.    At the time, this was the tallest building in the State of Nevada  (remember, Las Vegas didn't become a town until 1905)

When mining left, so did most of the residents of this community, current population 2,500.     This hotel sat in disrepair for years.    Enter the Cline family from Sonoma, CA.     They lovingly restored this hotel and it was reopened in 2011. 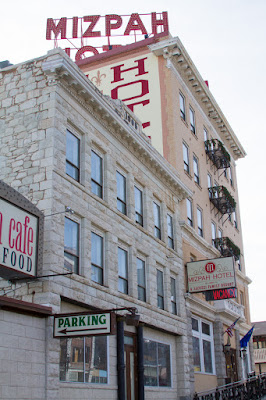 The lounge area has various Victorian seating areas and the Wyatt Earp bar. 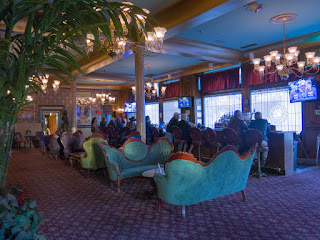 Nancy Cline's family was from this area, so she was drawn to the hotel.    Nancy and Fred Cline founded the Sonoma-based Cline Cellars winery and feature their wines in the lounge.    They have also opened a micro-brewery in town and are planning a small casino next door. 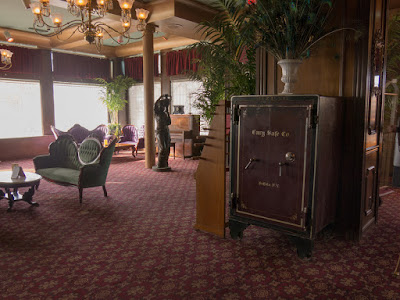 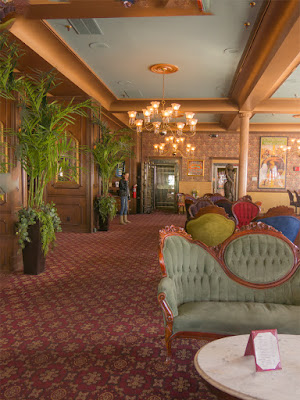 We had a room on the fourth floor.     This light fixture was in our room.    Sorry, there isn't a picture of relaxation in the claw foot tub..... 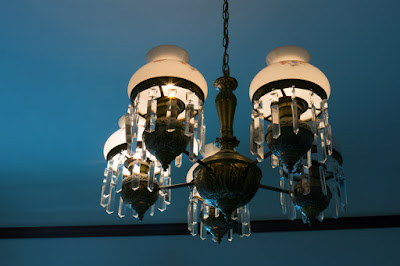 The hallways on our floor also had seating areas. 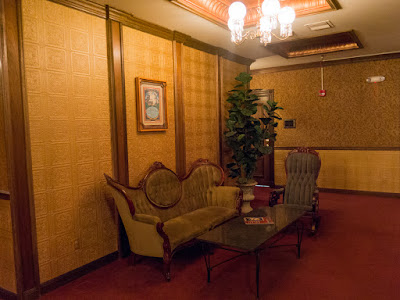 In the morning, RJ was able to get fresh coffee at this rustic table a few feet from our door. 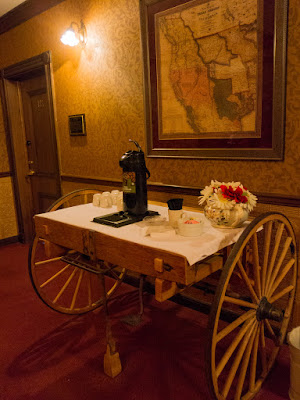 Posted by Our Retirement Journey at 2:00 PM