One of our favorite day trips when we are in Las Vegas is hiking in Valley of Fire State Park.     I found these two sunbathing. 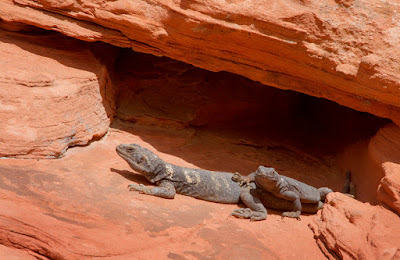 Valley of Fire derives its name from the red sandstone formations which were formed from the shifting sand dunes about 150 million years ago..   Many of the rocks appear to have lines etched into them. 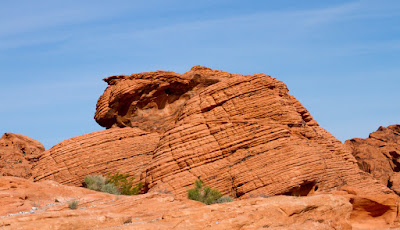 I wonder how long it will be until this rock tumbles down.       Years?   Centuries? 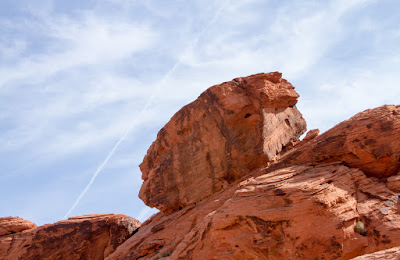 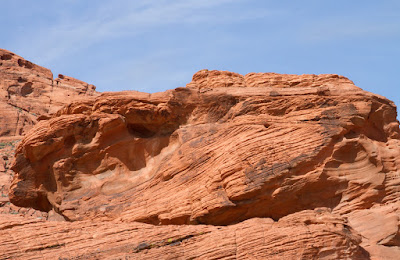 My eyes see a very old car or sports couple in rock in the middle of this photo. 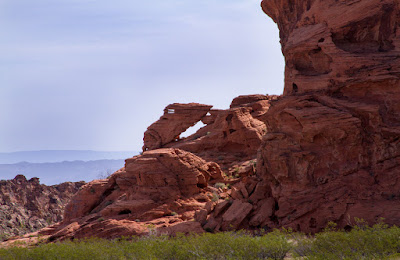 Prehistoric users of this area included the Basket Maker people and later the Anasazi Pueblo farmers from the nearby fertile Moapa Valley.    This would have been about 300 BC to 1150 AD.      They most likely didn't live here full time because of the scarcity of water  (about 4 inches per year) and the high summer temperatures.     Living here would have been a very tough life. 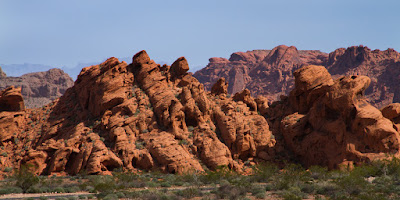 You will find several arches throughout the park. 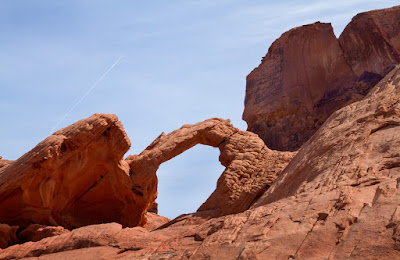 This "trail" is marked by steel fence posts that have been placed in the sand or have been drilled into the hard rock.    They then paint the top foot of it bright yellow.    When you are hiking you just aim for the next post.      Your trail is a bit of everything.     You start out in very deep super soft sand and down hill.     It's not so bad when you are starting, but it's a killer at the end of your return trip!     You then progress to large rocks interspersed with soft sand.     Your trail winds around boulders, etc.    Lots of ups and downs to give you some variety.    Now you are on solid rock with the final spurt being a steep decline.     I have to stop here and gather my wits (and balance) before proceeding.

There's not good perspective in this picture, but we are going down there........      RJ will later pose on top of the higher formation. 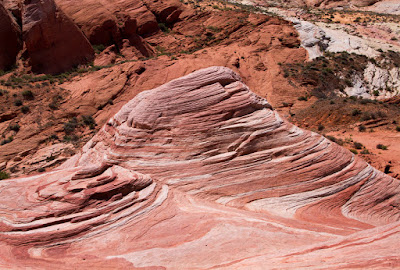 I love the color and swirls in these rock formations.      We usually take a break and sit by these two stacked rock formations when we first arrive. 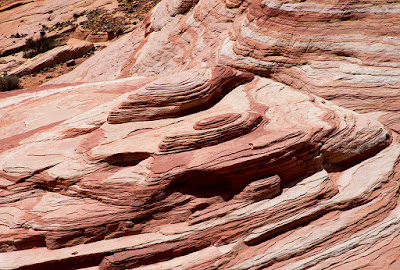 RJ decided he need a bit more rock climbing so he scaled this formation and waved for the camera! 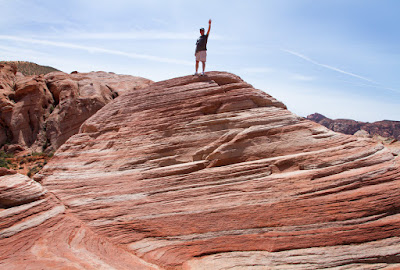 Standing in the same location, this formation is to my right and the rock slide is right in front of me. 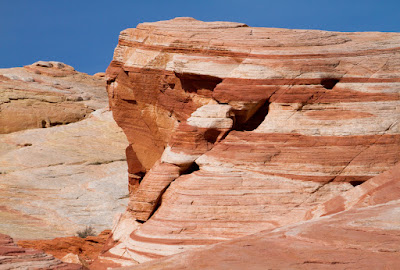 I'm not even tempted to climb down this slide!!!     You do have to love the colors and patterns in the rock, though. 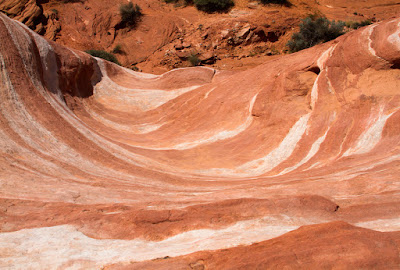 It's time to hike out of this area.     I hadn't noticed these two flowers on the way in but when I stopped to catch my breath after the climb up these rocks I found them.    Did you know that stopping  to take pictures of flowers gives you extra time to get the heart rate and breathing back under control?     This amateur photographer uses that ploy a lot!

In another week or two most of the buds will be open and this will be gorgeous. 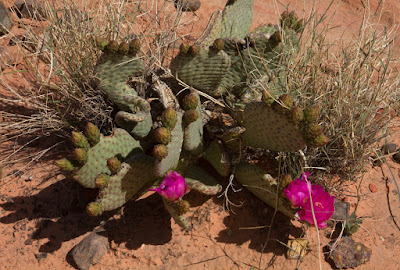 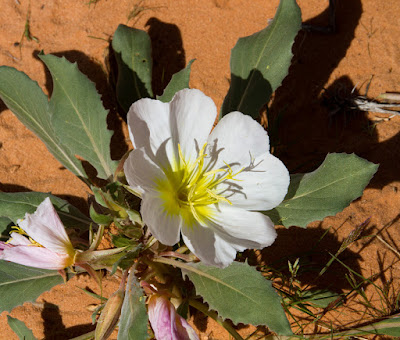 In the distance I saw this formation. 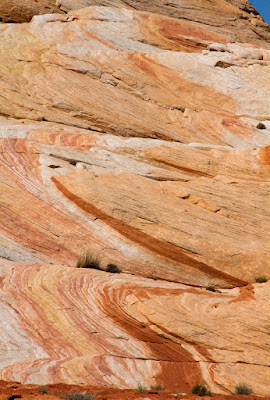 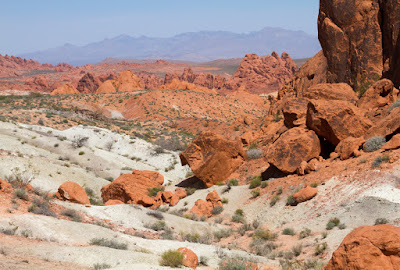 If you have an extra day while visiting Vegas, I highly recommend this park.

Posted by Our Retirement Journey at 12:10 PM