Conway is a historic town inland from Myrtle Beach.   It's founding date was 1732.

I had been there a few days ago to visit their outlet mall.     I don't remember ever totally losing my car at a mall, but I did it that day.     For the life of me I couldn't remember the stores near where I had parked.    I did remember I was the second car in facing parallel to the mall.      I decided the smartest thing to do at this point was to walk the perimeter of the mall.     7,000 steps later  (yes, I checked my FitBit) I found the car.     It would have been much shorter if I had turned left at the beginning instead of right, but...............      Hey, I may have lost my memory but I have retained my logic and organizational skills.     Next time I will take a picture of the nearby stores, though.

Today we drove there for lunch and to walk the historic downtown.     Sorry folks, it was just old, not historically interesting.

One thing they did have was a wonderful river front boardwalk.     No shops, just a beautiful relaxing walk along the river with a few markers talking about the Waccamaw tribe who called this area home.

When Spain began exploring the SC coast in 1521, there were many native tribes living here.  The Waccamaw Tribe inhabited this area around the Waccamaw River.     In 1715 it was recorded that they had a population of 610 living in four villages.       A tribal war ensued a few years later and the survivors ultimately joined another tribe. 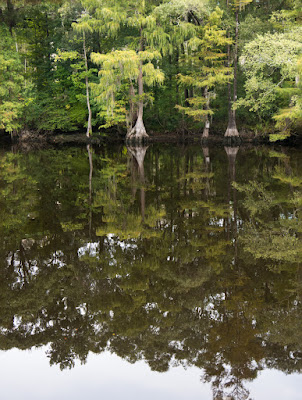 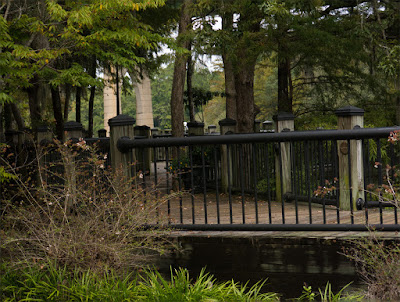 You don't see this moss much in the city of Myrtle Beach but it is quite prominent inland in Conway. 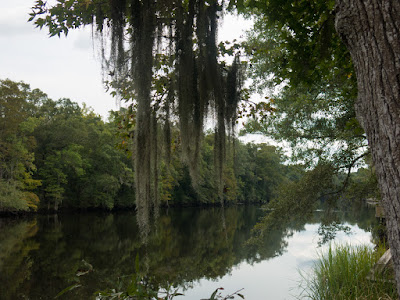 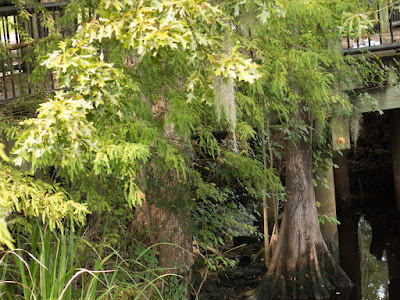 The city created a walkway under the bridge which crosses the river. 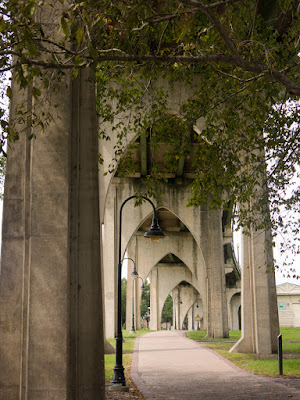 It's hard to take pictures with a shoulder bag, so RJ frequently gets the job of carrying it.     He does it without complaining, but I think his posture in this photo tells his true feelings............ 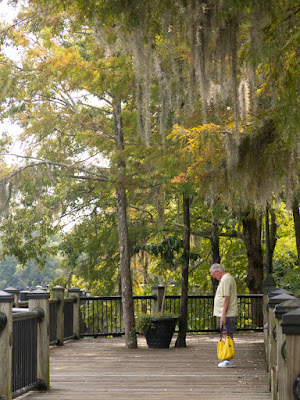 Our final stop was a 55+ Community.      The first of many places we will visit in the next few months.     This one will definitely NOT be on the list of the top 10.   (I was going to say 10,000 but thought that might be overkill!)       We did a thorough tour, 3 model homes, two recreation buildings, drove around, asked questions at the sales office.     Most importantly, we really talked about what we did or did not like about the homes/facilities etc.    It's a start.........

I will impress some of you when I say I do not have a 3-ring binder for this endeavor.    Okay,  I do have a 5x8 Moleskin book with tabs, etc. dedicated to the search for our next home.    We'll see if the Queen of 3-ring binders can change her ways.


Posted by Our Retirement Journey at 8:10 AM